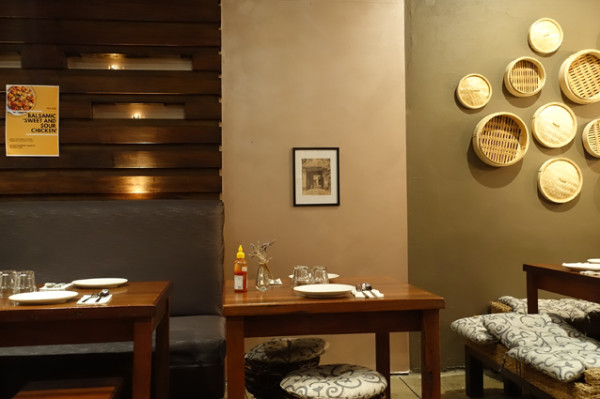 Bucking the trend towards more sharply focused, regionally specific restaurants from across the Asian continent, Lane 198 is decidedly pan-Asian. “Originally we were going to be a Thai restaurant,” the manager explained, before adding that they revised the idea because of the prevalence of Thai restaurants in Gladesville. What they’ve come up with instead, is an intriguing blend of Asian fusion tempered with Aussie nostalgia. 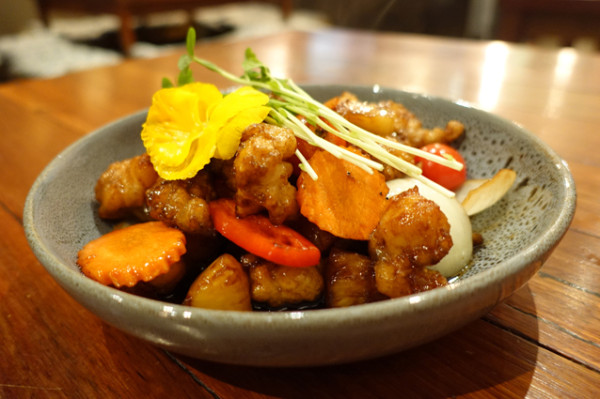 Take ‘Sweet and Sour’ Chicken ($24.95) as a case in point. It’s actually the kind of Aussie-Chinese dish that would normally fill me with dread. Just reading the dish name had me whistling the Mumma’s making Kan Tong jingle, and experiencing flashbacks of artificially red, sweet and sour chook lumps with soggy batter swimming with canned pineapple and overcooked green capsicum, in an all-you-can-eat Chinese bain Marie buffet. 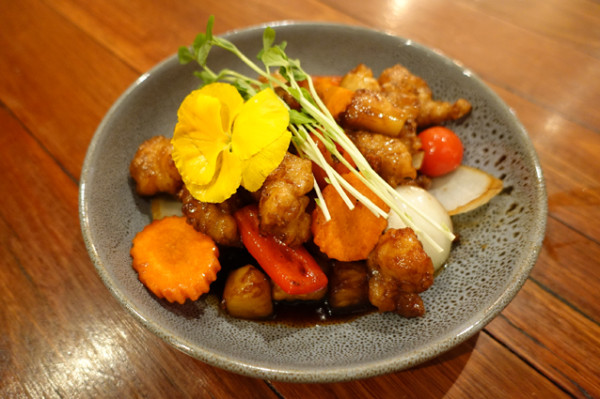 Luckily, the resulting dish is nothing like those memories! To start off with, it’s tangy, with a big balsamic kick that aids digestion of the fried. The battered chicken is crisp rather than soggy; the colour is a natural brown; and the vegetables - red capsicum, onion, carrots and cherry tomatoes, retain their crispness. Colour me impressed. 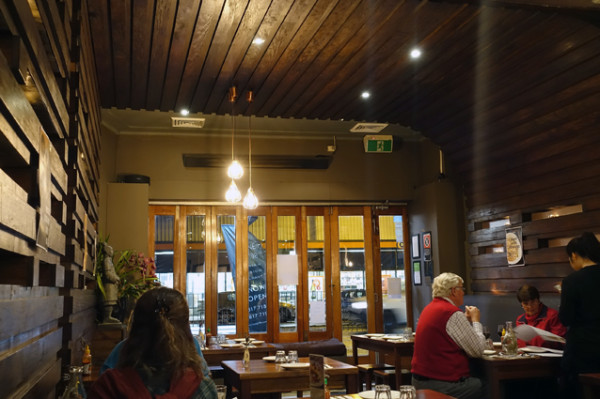 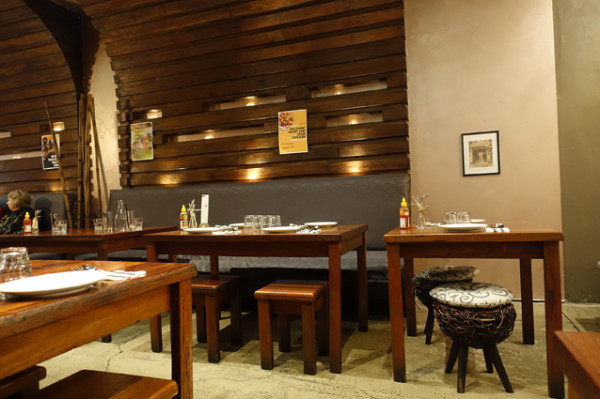 Speaking of colours, the restaurant itself is a long progression of natural tones, starting street-side at the Victoria Road with a cocoon of dark wood. It moves through taupe and olive green as it passes the open kitchen, and ends in a darkened amenities corridor. The effect enhances the length of the long narrow space, and makes the Lane 198 moniker make sense. 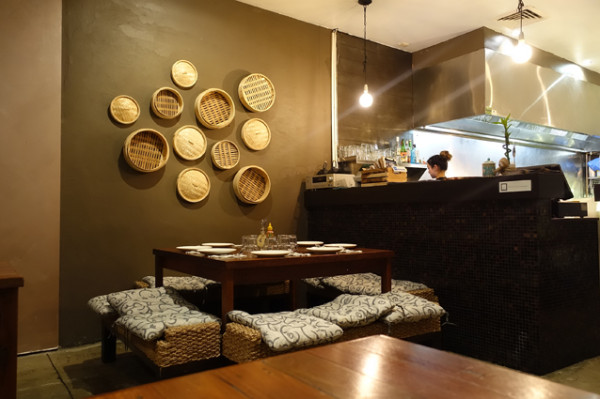 Visual interest is created by bamboo steamer basket wall decorations, cushioned wicker stools, bright red bottles of sriracha on the tables, and wall-posters advertising their more unusual dishes. The drinks list is unusual too – for one thing it’s beer and cocktails only, because, with a giant BWS across the road, they’ve decided to allow the good burghers of Gladesville to bring their own wine. 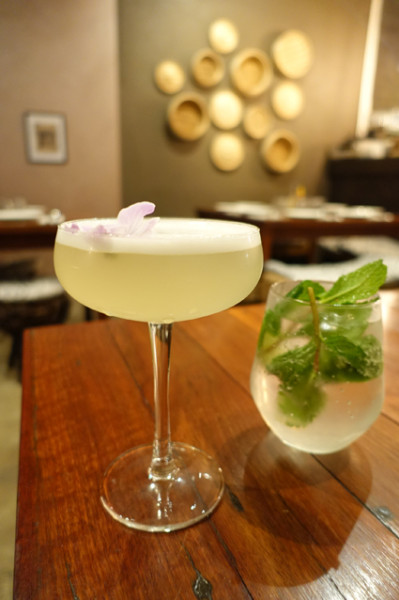 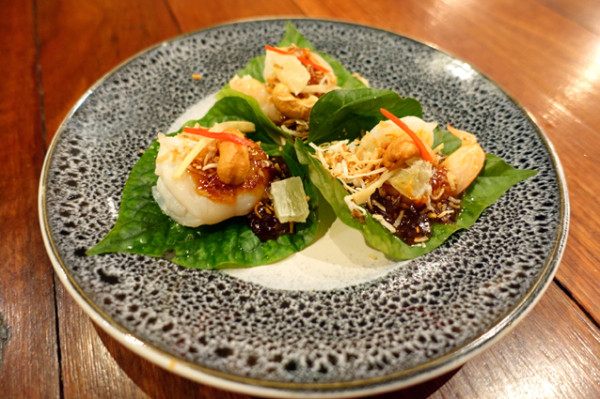 From the five cocktail list we opt for the Yuzu Fine ($19.95), a frothy egg-white foam topped gin and yuzushu (yuzu fruit steeped in sake or shochu) concoction with a dash of elderflower syrup. I’d like it better if they pulled back a little on the elderflower to allow the fragrant yuzu to come to the forefront – all I could smell was raw egg. The Kyoto Mojito ($17.95) drank better with sake and kaffir lime joining the usual mix of rum, mint, lime and soda, though it arrived without having been properly stirred. Once mixed it went well with the Miang of Betel Leaf ($9.95/3) – three poached prawn-topped betel leaves that packed a surprising brown, garlic punch against lime, ginger and coconut. 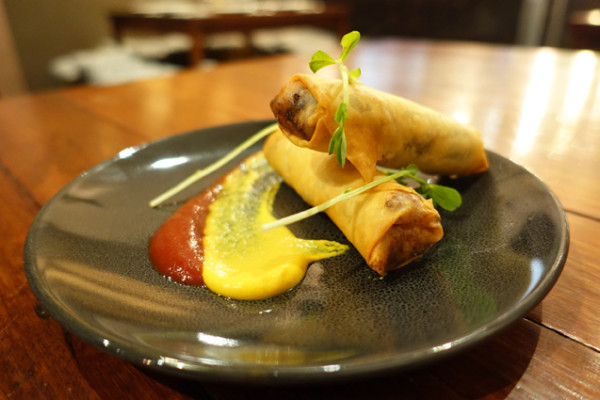 Two months into their tenure here, the Cheeseburger Spring Roll ($9.95/2) is already one of their most popular dishes. It’s actually much less evil than it sounds: light beef and cheese in a smaller than usual dose means that tangy dill pickle comes up as the spring roll's biggest flavour. With super crisp pastry, it retains its integrity and eats well dragged through smears of ketchup and American mustard. 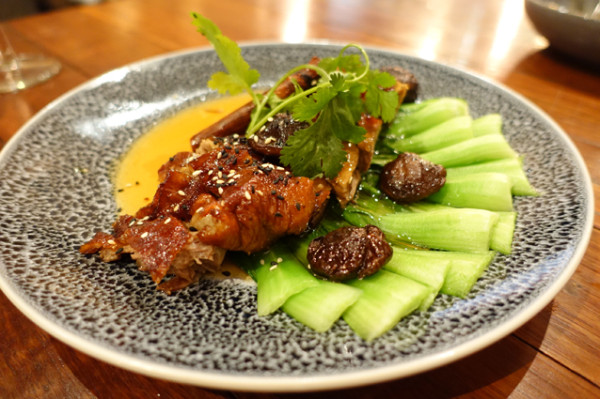 Cinnamon Glazed Roasted Duck ($24.95) presents meaty slices of well-rendered duck on a fan of baby bok choy, dotted with flavoursome shitake mushrooms. It has a light, sweet dressing that wasn’t quite what I was expecting – but I do like being surprised. 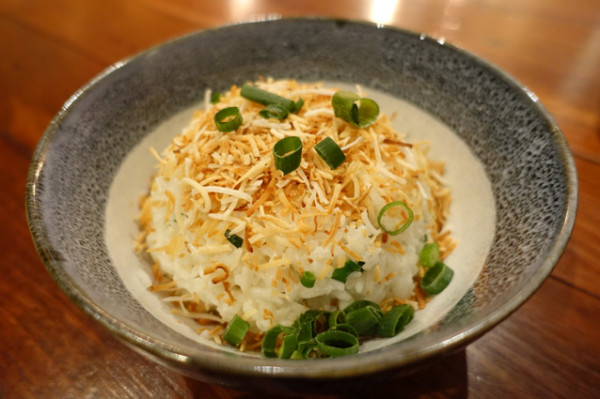 While it’s fractionally sweet for me, against the toasty savoury notes of their lovely Coconut Rice ($6.95) I quite like the combination. 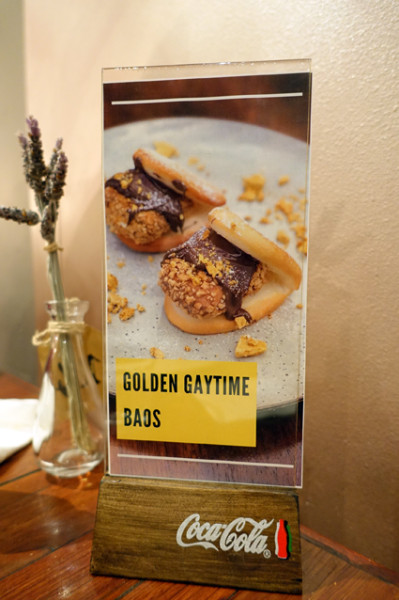 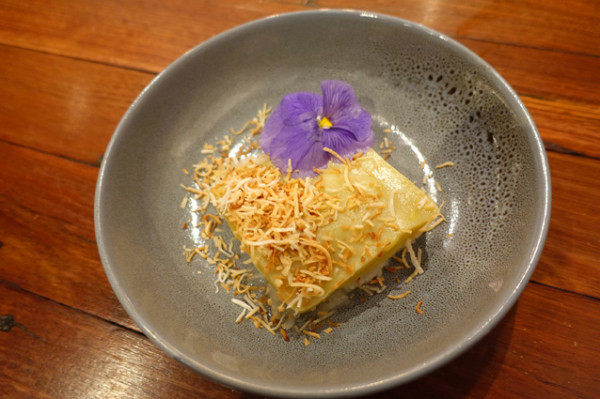 Lane 198 have put a lot of thought into creating modern and interesting desserts, like their advertised Gaytime Bao ($12.95/2). However knowing that they’re Thai, I found it hard to skip over the Coconut Sticky Rice ($12.95) with egg custard and a dusting of toasted coconut shreds. Unfortunately this easily sharable dessert slab arrived super-heated from over-zealous use of a microwave, which didn’t do the egg custard any favours.

With a little more attention to detail, there’s an interesting concept here that could well lure me back.

Thanks to AGFG for arranging this visit.