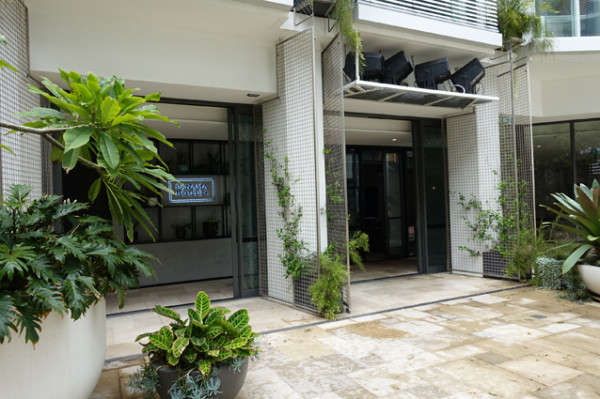 Let me guess, it’s only Tuesday and you’re already hanging out for the weekend? Make yourself feel better by booking in for a bottomless boozy brunch facing the famous Bondi Beach at Panama House. Now that I have your attention, the brunch part, which is also bottomless, is yours to be had for $35 or $45 per head, depending upon whether you want to kick off in the breakfast or lunch part of the day. It includes tea or coffee, though if you’re more a Mimosas kind of gal, the ‘bottomless’ 2-hour booze package is a worthwhile fifty-buck add-on. 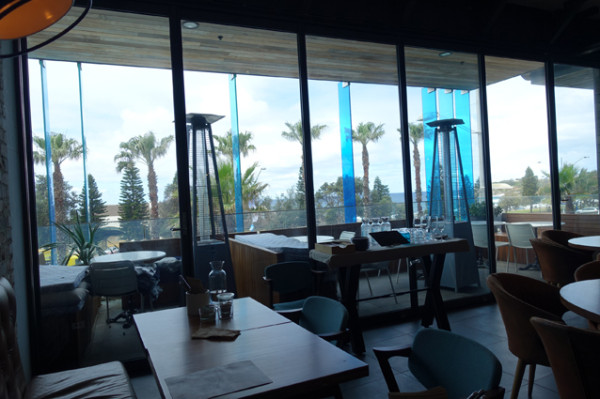 While the drinks list also includes the brekky cocktail of champions, the Bloody Mary, plus a Mexican Michelada that blends beer, lime juice, seasonings and tomato juice, Mexican Tecate beer, and rosé, you won’t be allowed to double-park. 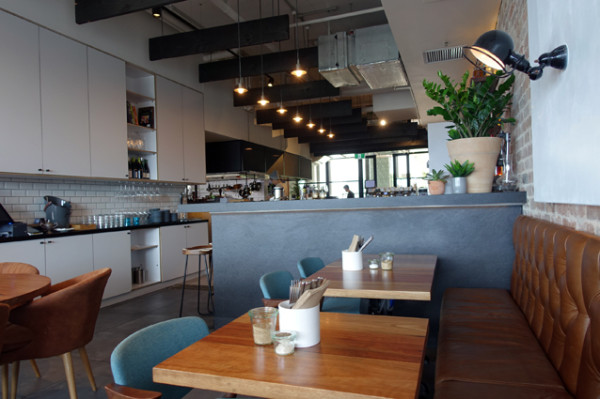 Drink up and blame the Government, like the rest of the Wentworth electorate you're sitting in. 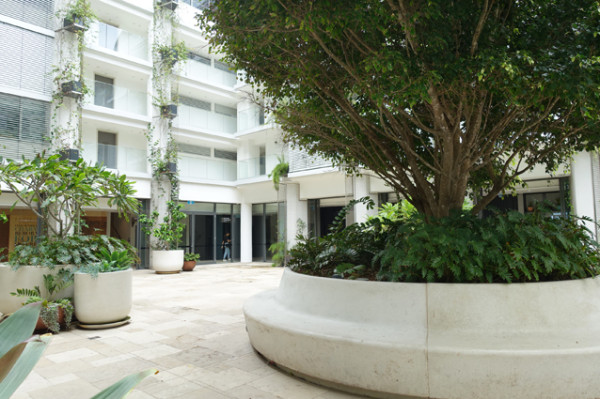 Speaking of sitting, you’re going to be eating and drinking in comfort. Hovering one-floor above Campbell Parade with a sweeping view of the crashing surf, Panama House is an attractive space. I entered through the leafy concrete courtyard of the rebadged QT Hotel, and was mighty impressed. 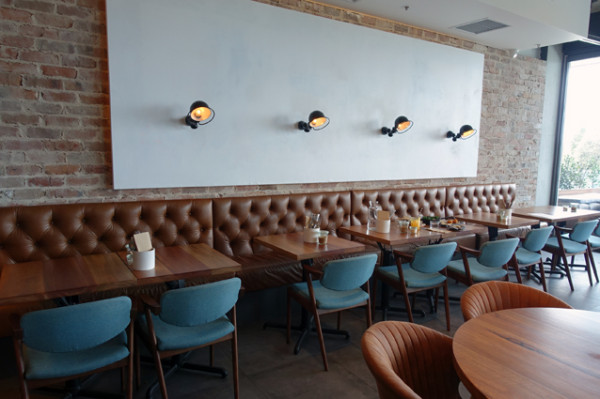 While the balcony would undoubtedly be heaving on a sunny day, the interior gives you more luxurious seating. Reclaimed brick walls with a white panel provide a through-line to Panama House’s earlier incarnation on Bondi Road. 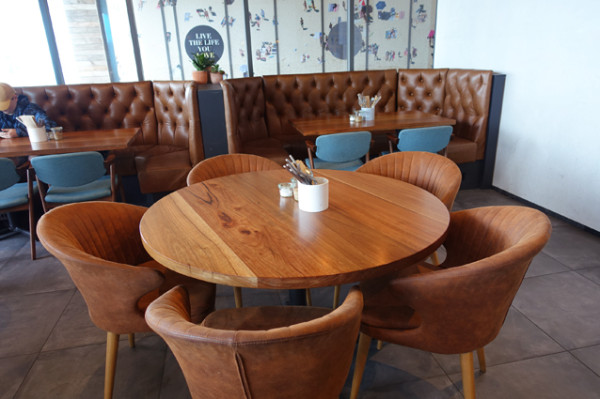 In this space, local stylist Jason Grant has employed a coastal colour palate of blues and earthy browns across ironbark hardwood tables, comfortable tub chairs and leather banquettes, including some cool high-backed booths for groups. 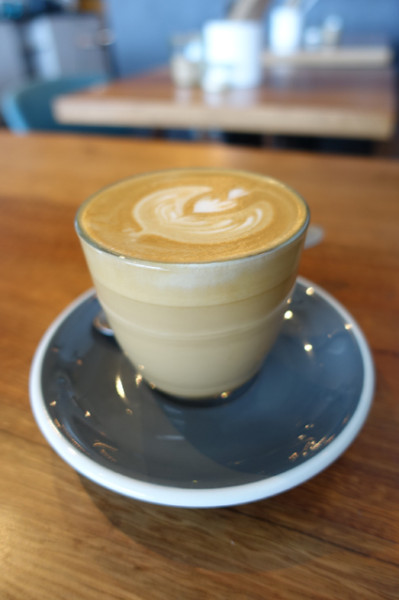 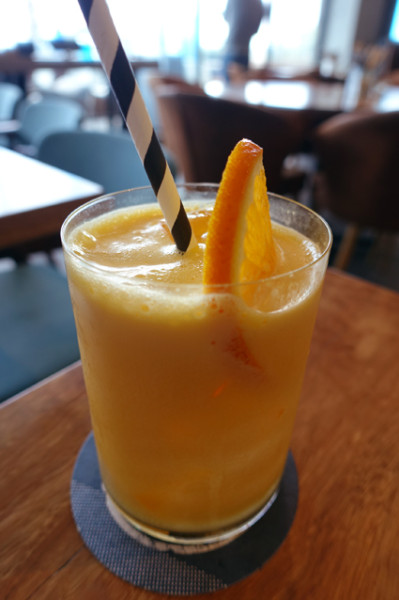 I’m not smart enough to bring a group or come on a Saturday or Sunday where I can afford to drink a copious amount of booze and write-off the whole day. Instead I slide in on a Friday morning with a girlfriend in tow, and stick to a well-made latte, while she’s kept happy with a frothy orange juice. 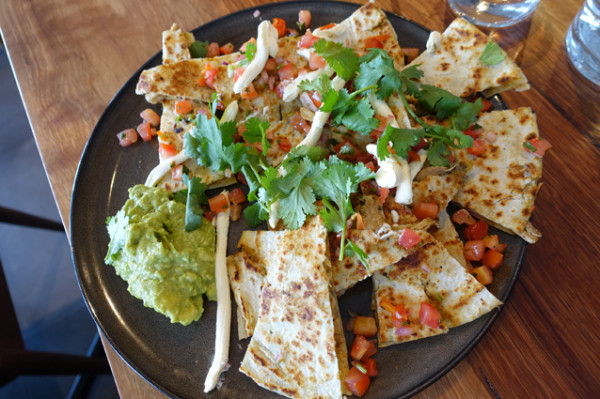 An efficient kitchen under the new stewardship of Head Chef Ben Fitton - a man who has cooked at The Fish Shop, Café del Mar and Macleay Street Bistro - gets us rollin’ with a heaving plate of quesadillas straight away. They’re filled with mole verde chicken (a green mole made with pumpkin seeds and green chillies) and served with pico de gallo (fresh tomato salsa), guacamole and lashings of ranch dressing, and make for compelling eating. 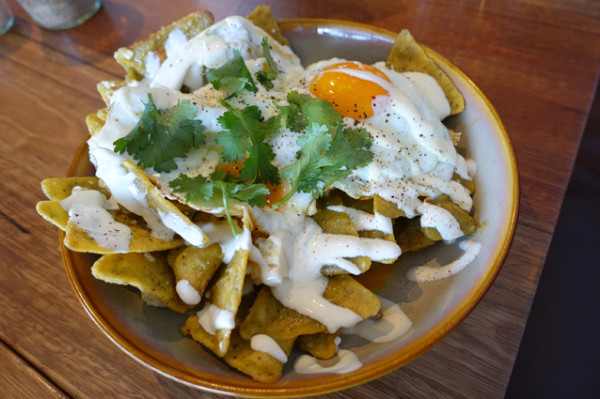 In case you haven’t guessed, the menu is broadly Central American, though the dishes have been re-interpreted with a contemporary, Aussie palate in mind. Chilaquiles verde is a great example of this, with corn totopos employed to modernise the dish for diners who prefer texture. As personable Bar Manager Jake Sherab explains, with a story of travelling to Mexico on an authentic alcohol recognisance mission, this classic Mexican breakfast is normally fried tortilla bathed in salsa verde until tender (read: mush). 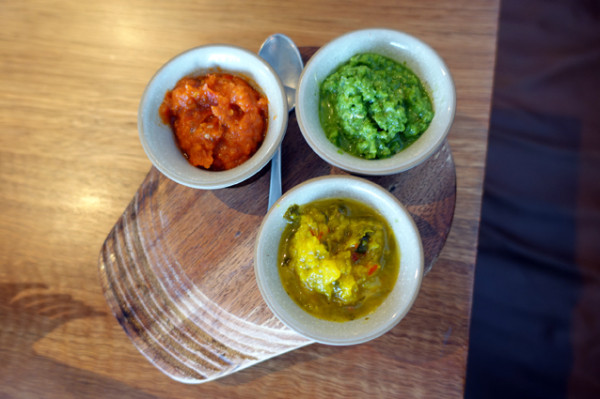 Sherab also gifts us three condiments in habanero, jalapeno and pineapple, explaining quickly that they’re all very accessible. While personally, I was disappointed there was nothing with any heat, my misery was tempered by watching my non-chilli eating dining companion hoeing into the habanero but avoiding the jalapeno because she knew they were hot. After I explained the red chillies actually are ten times hotter on the Scoville scale, she happily ate all three. 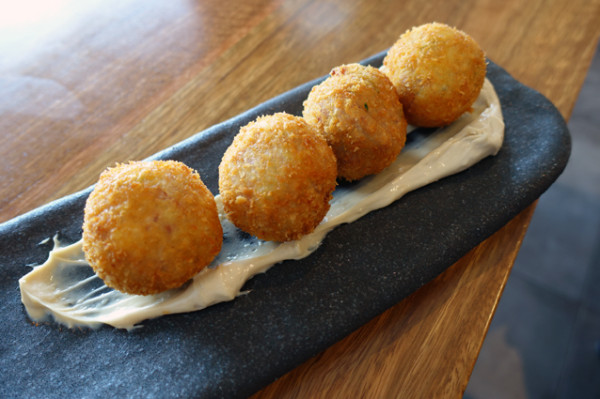 The corned beef hash croquettes are something of a Panama House signature. They’re made on silverside that has been marinated for 4-5 hours and creamy potatoes, and served on a line of smoked garlic aioli – which salsa you add, is entirely up to you. 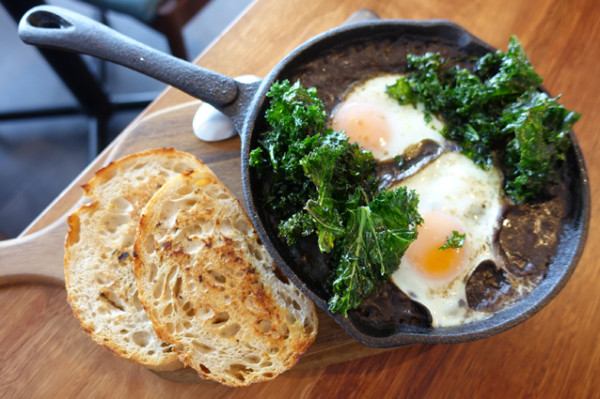 By the time we hit a skillet of baked eggs served in a black lake of frijoles adobo, I'm starting to hit the wall. I meander through the crisp kale leaves and try the beans on the accompanying sourdough, wishing for some hard-core chilli to get my endorphins flowing and allow me to push through. 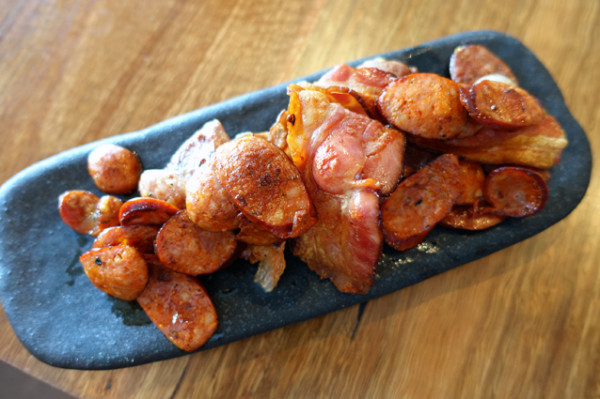 Sadly it was not to be, and the heaped meat platter teaming Andouille sausage (the Creole version rather than the French original) and maple-cured bacon went virtually untouched. 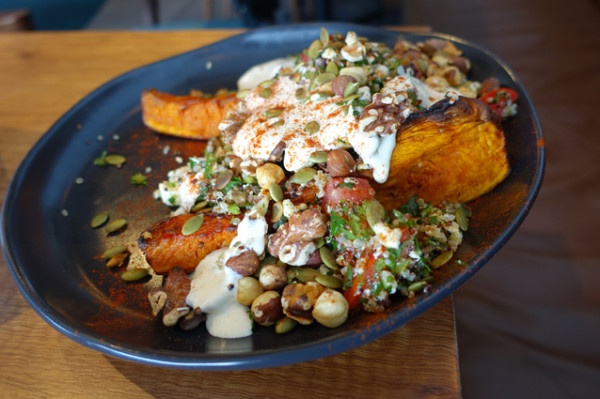 I did like that they brought the meat at the end though, against lovely hazelnut, pepita and sunflower seed-covered hunks of roasted pumpkin. The yoghurt dressing did help to soothe the distress of my well-stuffed stomach - next time I come, I'm bringing a full crew so I can do this dish (and the booze package) justice.

NOTE: See a previous review of this venue back HERE in their old venue.
Collapse