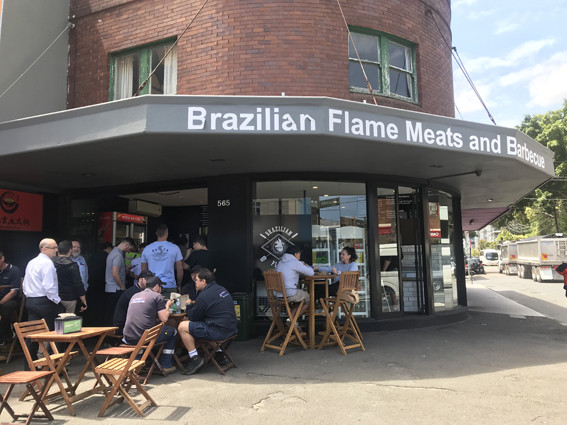 Brazilian Flame BBQ allows you to hark back to a time when loaded fries and snack packs were the domain of working class diners, rather than overpriced, hipster affectations. This is barbeque (churrasco) run by Brazilians, the masters of flame-grilled meat. 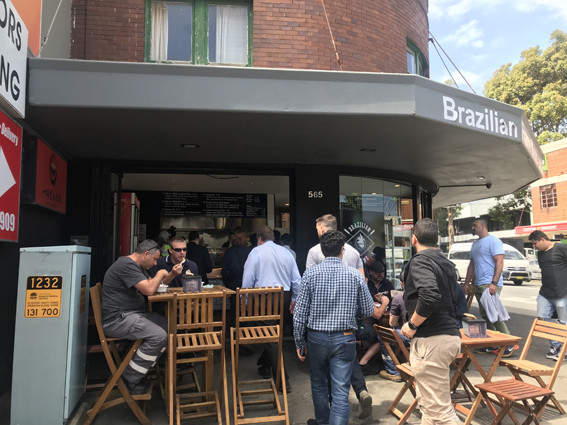 You'll find it in Zetland, in an older-style red brick building that sits on the corner of Botany Road and Epsom Road. Weekday lunch times see a long queue of mostly men with a spattering of Brazilian people spilling out onto the sidewalk. Don’t be put off by a queue - this team has already honed their offering by operating stalls in a range of Sydney markets and craft breweries, including Marrickville standout, Batch Brewing Company, so they know how to feed a crowd quickly. 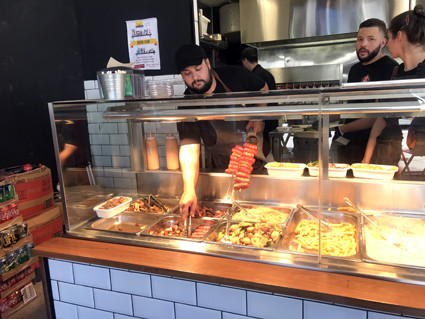 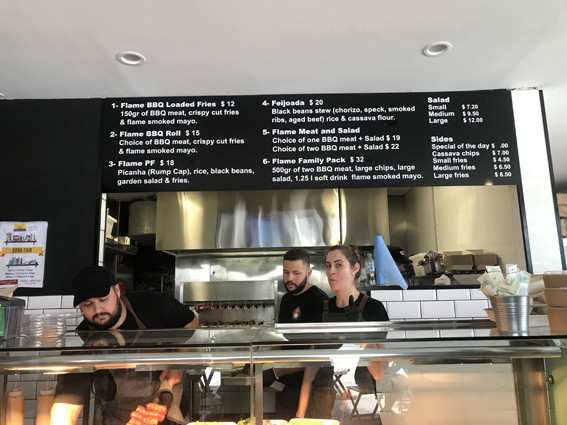 The store itself is divided into two halves. On the left side you’ll find a hot food section, backed by rotating skewers of meat. 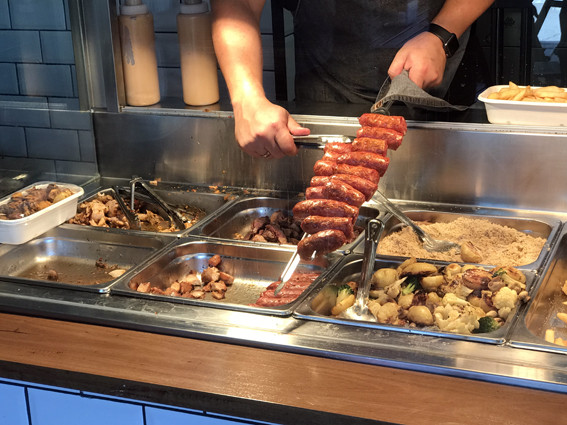 The heated metal trays of meat are being emptied almost as fast as they can slide glistening chorizo sausages from their hot metal rods. 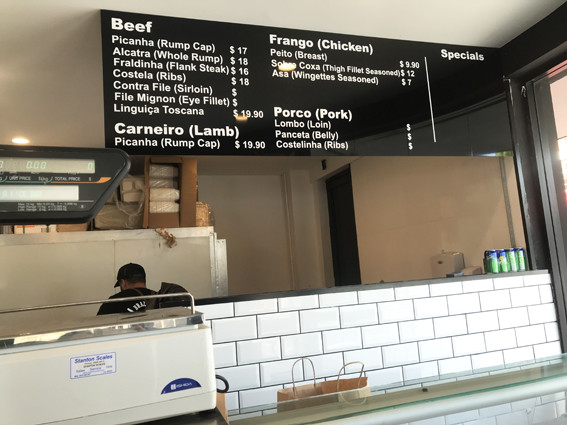 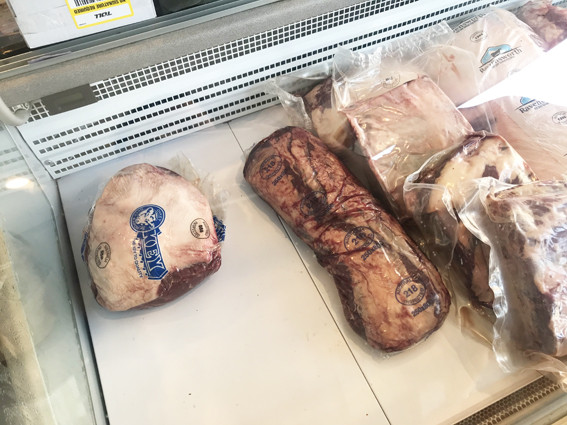 On the right there’s a butcher where you can buy a well-priced selection of meat including harder-to-find Brazilian cuts like the picanha or rump cap. 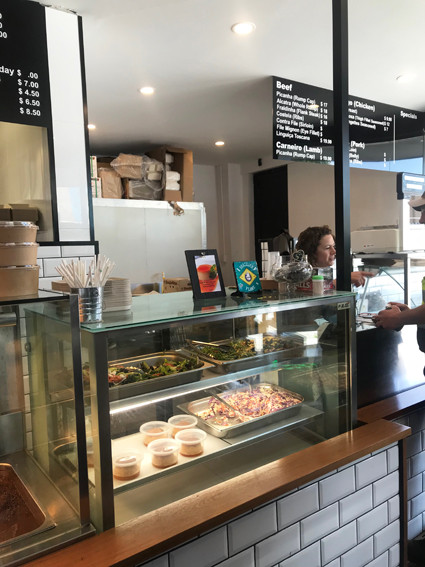 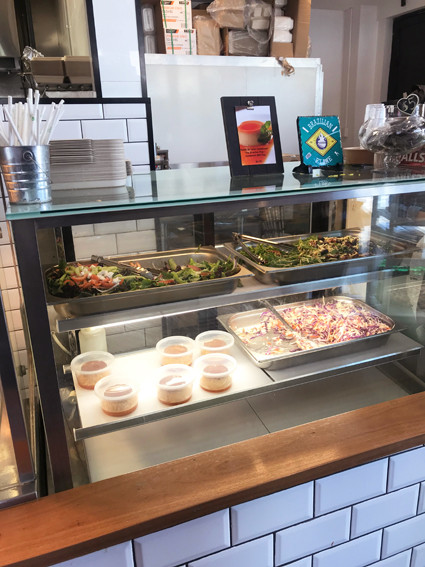 The two halves are separated by a salad counter, which contains trays of coleslaw and mixed leaves. There are also two little rows of plastic containers filled with Pudim de Leite Condesado ($6) or Brazilian condensed milk flan. You might know it from the Portuguese origin dish, the crème caramel. Near the freezer you'll also find a few shelves of Brazilian dried goods. 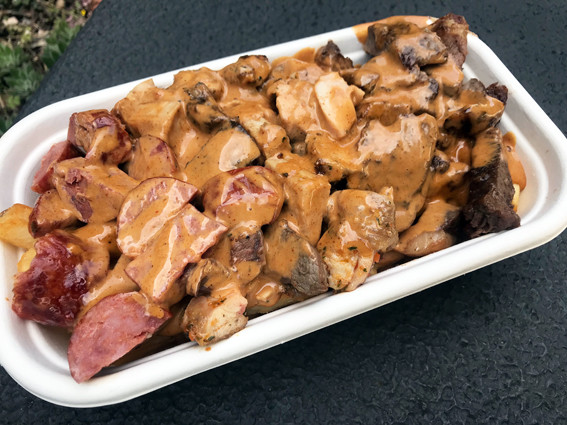 Despite arriving to purchase take-home meat, the heady aroma of barbeque sees us hit up both sides of this popular business. While I did eye off the big tray of feijoada, a meaty black bean stew, this time I just tried the Flame BBQ Loaded Fries ($12). Set on ordinary crisp cooked potato chips, this gives you 150grams of barbecued meat. We opt for a little bit of everything; slathered with their house-made smoked mayonnaise. It’s the best smoked mayo. I’ve ever tried, so I also pick up a bottle to take home. 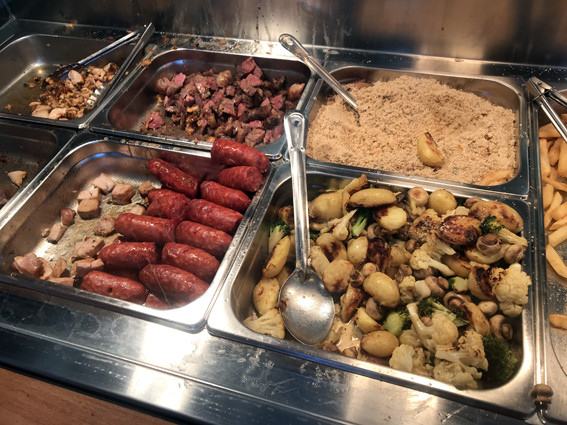 While all the meats are good, it’s the juicy pink-centred picanha that’s an easy favourite, with liquid fat literally bursting in my mouth. 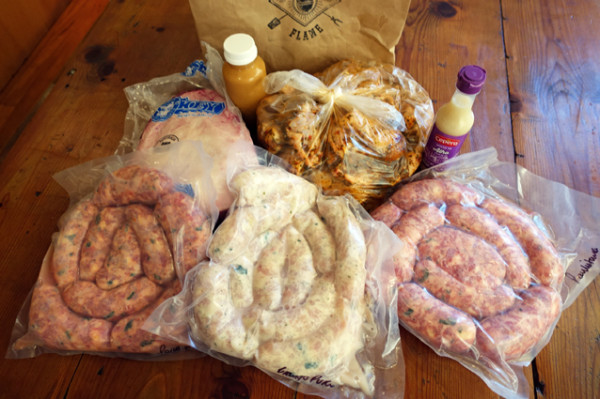 From the butchery we picked up Picanha ($17/kilo) to stick on our own barbeque rotisserie at home. 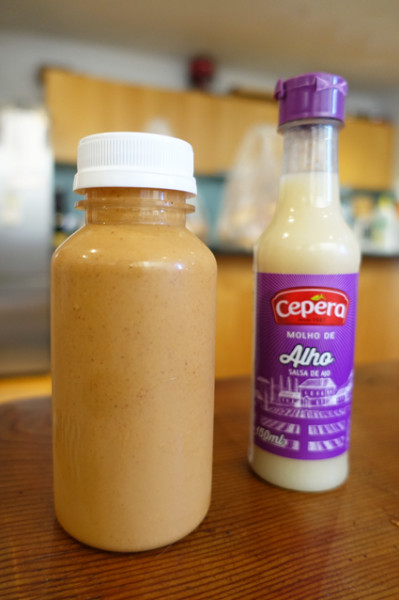 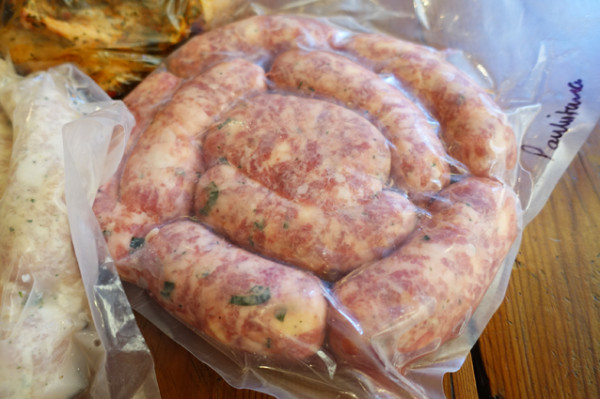 The highlight however are the Linguiça Toscana ($19.90/kilo), or fresh pork-meat sausages curled into a pinwheel and tied off with string. They’re made using hand-cut meat, so their texture is particularly amazing. We take them in Porco R. T. Q. with pork, rocket, sun-dried tomato and queso (cheese), and garlicky Linguiça Portuguesao, and throw in some Frango ($19.90/kilo) or chicken sausages dotted with cheese, for good measure. I like them all, sandwiched inside milk buns with sauerkraut to cut the fat, and plenty of Brazilian's Flame BBQ's house smoked mayonnaise.