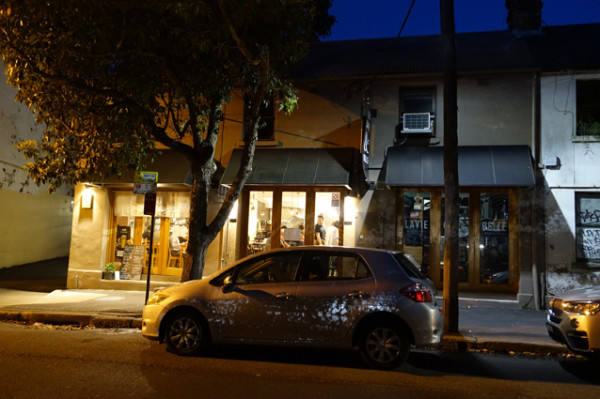 On first glimpse, Sáng by Mabasa, is a modest and minimalist space. You’ll find it on Fitzroy Street, a busy Surry Hills thoroughfare, that has little else to recommend it. 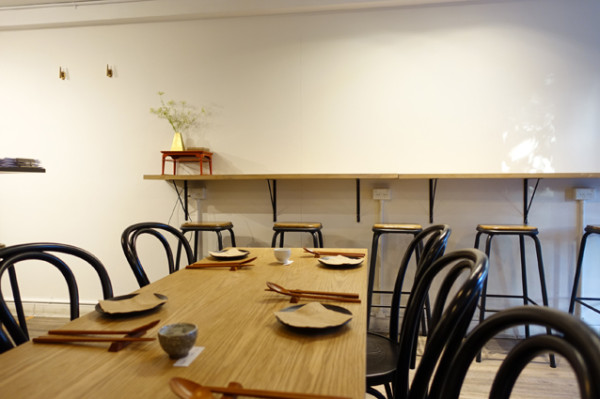 Once you take your place at one of two long tables of eight, or along a narrow bar facing a white-painted wall, you start to notice the details. One wall is covered with a textural arrangement of white painted wood palings. 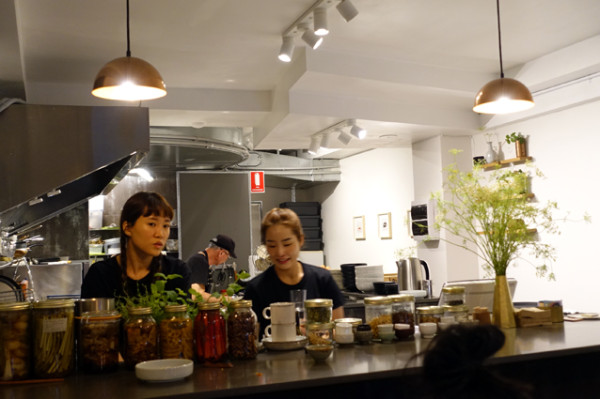 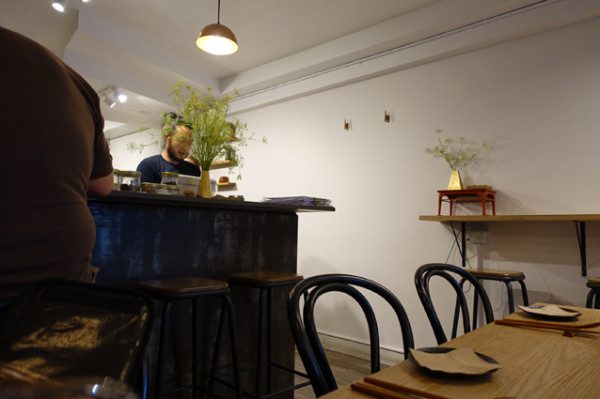 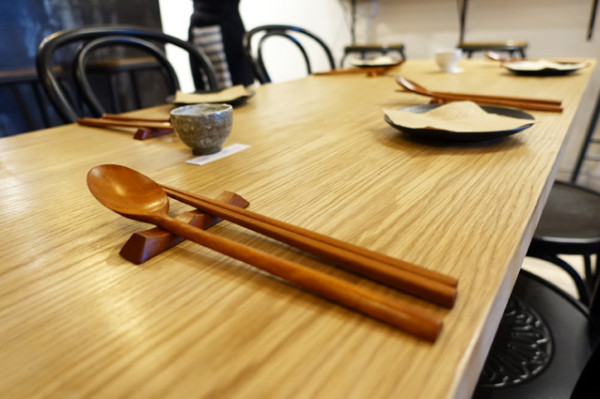 For Kenny Yong Soo Son and the rest of this family team - his partner Youmee Jeon, and parents, Jin Sun Son and Seung Kee Son, in the kitchen - Sáng is a second generation restaurant. The eight years of experience they cultivated at Mabasa in Balmain is evident both on the floor, and on the succinct, all-thriller, no-filler, menu. 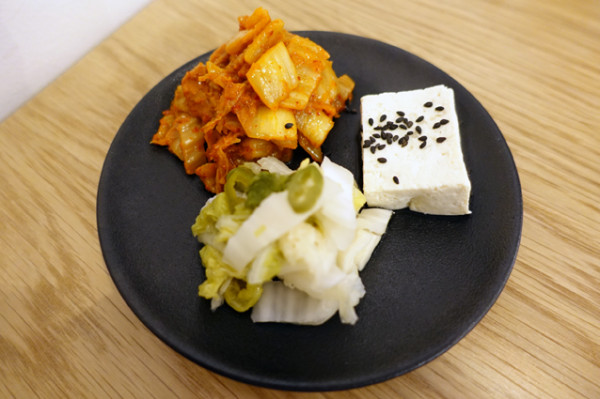 Using Kenny's welcome advice, we narrow down a selection of the many dishes we want to eat, and are soon tackling Du-Kimci ($7) with the beautiful wooden spoons and matching chopsticks. Presented with a light, refreshing white kimchi and a block of steamed tofu, the highlight of this plate is red kimchi, chopped, stir-fried and served warm. 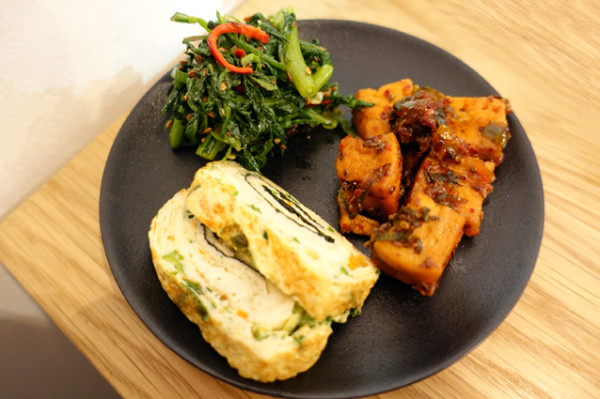 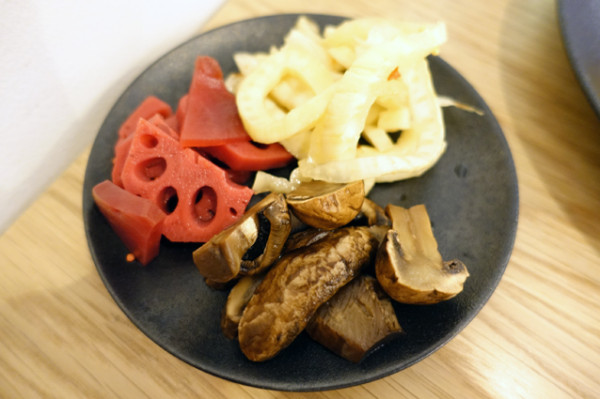 With banchan, or side dishes, being such a bit part of Korean cuisine, Assorted Seasonal Sides ($6), is another must-order, with dense cubes of bean curd winning favour over gyeranmari (rolled egg omelette) and namul (seasoned lightly cooked spinach). The aforementioned pink lotus root pickles are yours for the taking on Assorted Seasonal Pickles ($6), served with mushrooms and yellow ribbons of fennel. 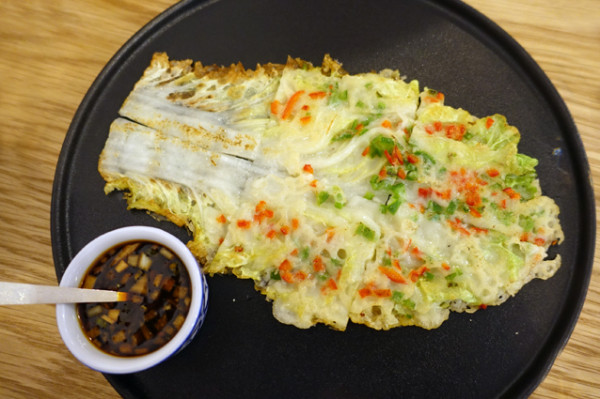 With the basics covered we move onto pancakes. First up there’s Baechu Jeok ($12), a beautiful, pale green napa cabbage leaf (you might know it as wombok or Chinese cabbage) dragged through batter on one side, before being fried and served with a tangy soy-based dressing. 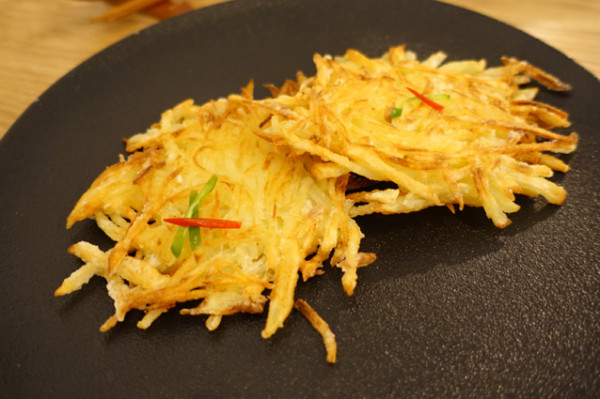 We follow it with Gamja Jeon ($11), a less exciting potato version that had me wishing I hadn’t gobbled all the stir-fried red kimchi. 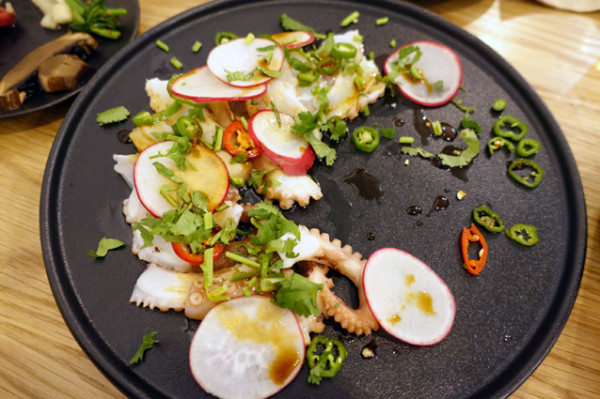 By this stage of the evening, all of the 25 seats have filled, making the rest of our meal much louder. It’s hard not to be intimately involved with your neighbours here, with the couple two chairs up providing menu advice to all and sundry. They’ve visited Sáng multiple times, but haven’t covered the menu yet because they’re stuck on the same dishes. They talk up the Octopus ($18) or moon-eo sook-hwe, a simply summery dish of tender poached octopus slices, radish slices, coriander and chilli, that demonstrates a lightness of touch. 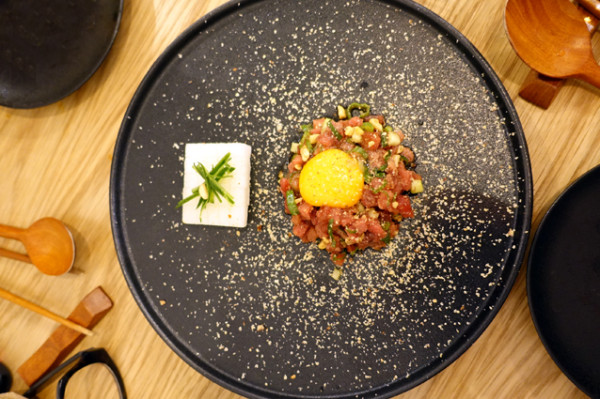 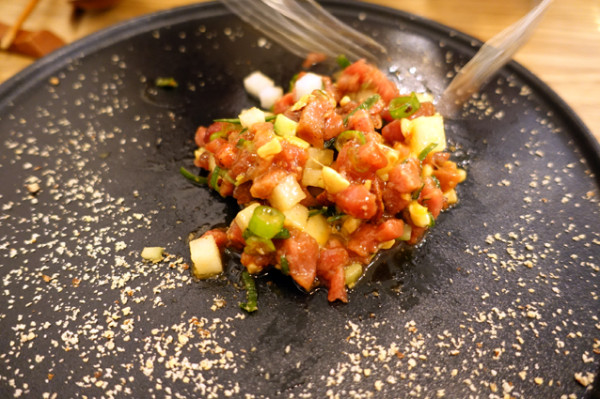 With hand cut beef, nashi pear, cucumber and toasted almonds bound together with egg yolk that you stir through, it’s a pretty dish but wants for a salty, spicy or garlicky centre. 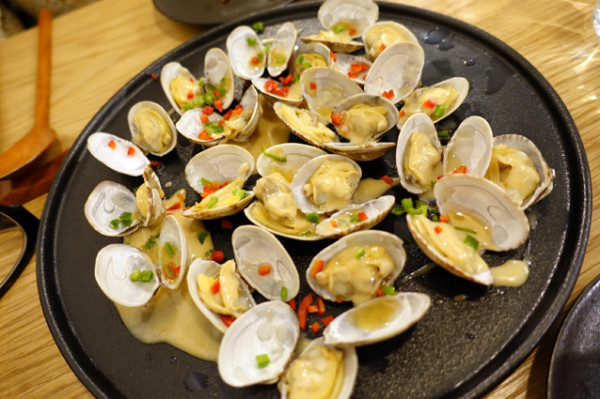 We knock off the rest of our chosen chardonnay – Sáng is one of the few places left in Surry Hills that still allows you to BYO wine for a very reasonable $4/person – against steamed Doenjang Clams ($19). The briny, fermented soybean paste leaves a nice hole for the tasty little bivalves. 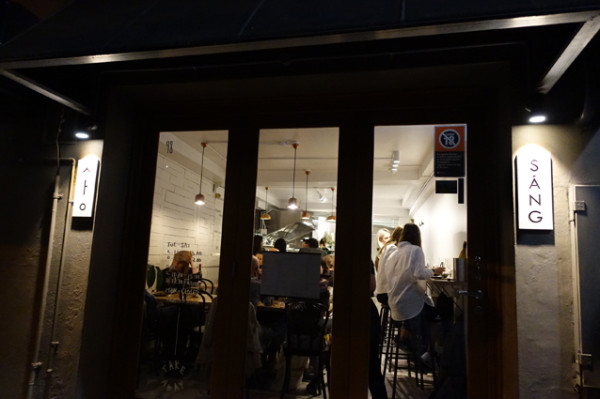 Despite the cheek-to-jowl communal seating not really being my thing, I leave Sáng planning my next visit’s dishes. Unlike my chatty tablemates, there’s literally no danger of me eating the same thing twice. Next time I'm determined to try their clever little booze list, if only to cup one of those well-shaped Korean ceramics in my hands