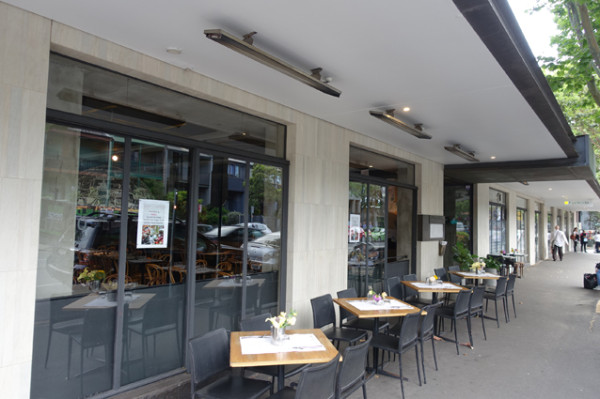 Pizza Birra has taken a front row seat on Crown Street for the last twelve years. In that time they have undoubtedly seen many a pizza restaurant and chain come and go. Longevity doesn’t come without getting something right, especially in competition-heavy Surry Hills, so I headed on in to find out what it was... 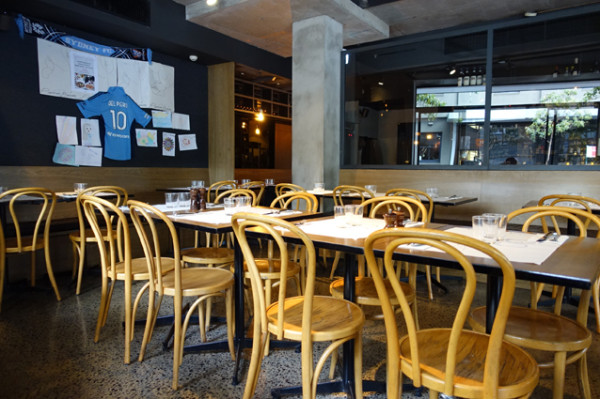 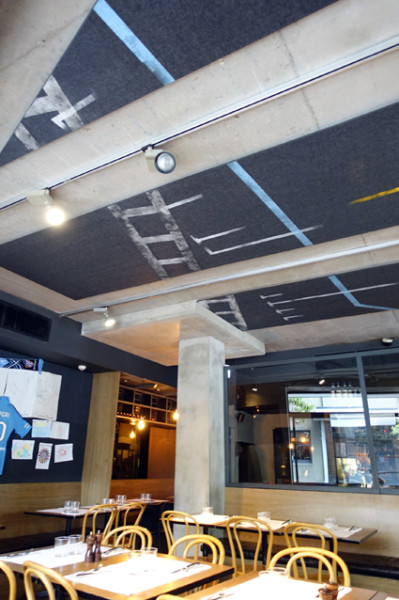 I’m not sure it’s the music; though I did gain a new appreciation for Michael Jackson on the night I dined. Good acoustic panelling makes the wall-to-wall Jackson back catalogue sound warm rather than bouncy, no mean feat in what is essentially a concrete and glass space with polished aggregate floors. 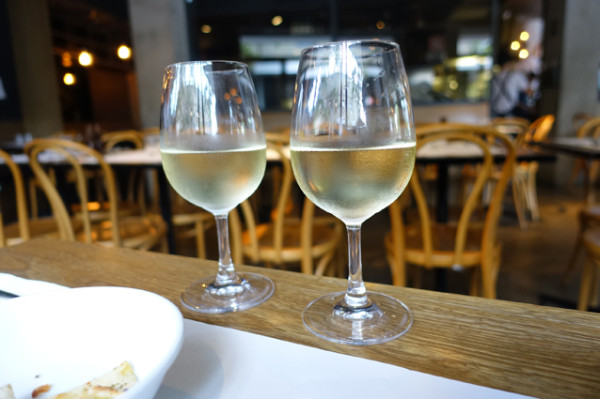 We ease into the evening with a glass of free wine, because it’s Tuesday, and every diner is gifted with one. The House White ($7) is a surprisingly acceptable New Zealand sauvignon blanc – I’m surprised because I hate the varietal almost uniformly. This one has no cat pee; no gooseberry bush; and no burpy passionfruit. 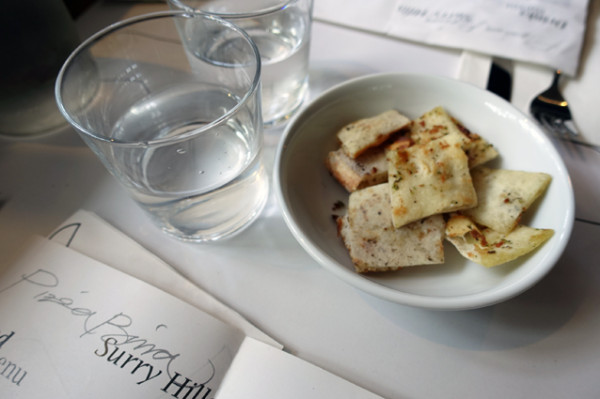 We’re also treated to a bowl of pizza crusts to tide us over while we make a decision. Getting wine and good-tasting bready products the second you arrive makes my often-starving dining companion happy. He even makes a positive comment about not having heard this particular Michael Jackson track before. We kick off our meal with a shared Carpaccio ($21) with a small plate full of thinly sliced beef hidden under a high hedge of dressed rocket and sliced mushrooms. It wanted for a bit of seasoning, but salt and pepper were on the table. This simple dish ain’t no Thriller, but it ate well enough against the accompanying garlic toasts - Pizza Birra definitely get bread right. 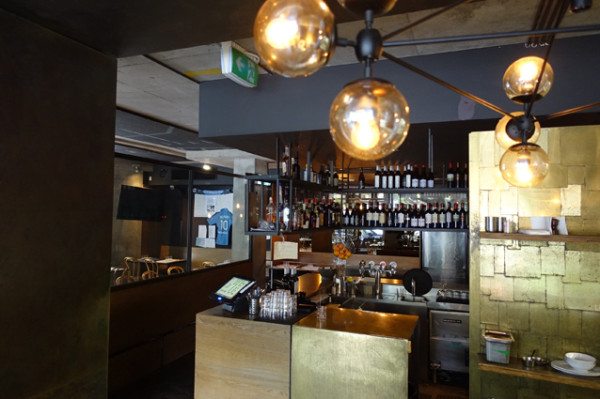 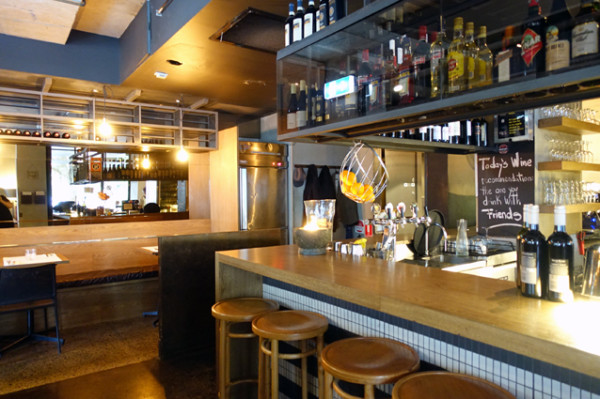 In preparation for our mains we hit up the beer list – beer is, after all, part of the restaurant’s name. 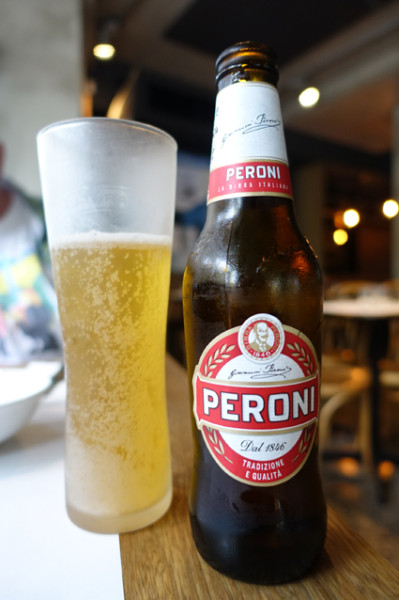 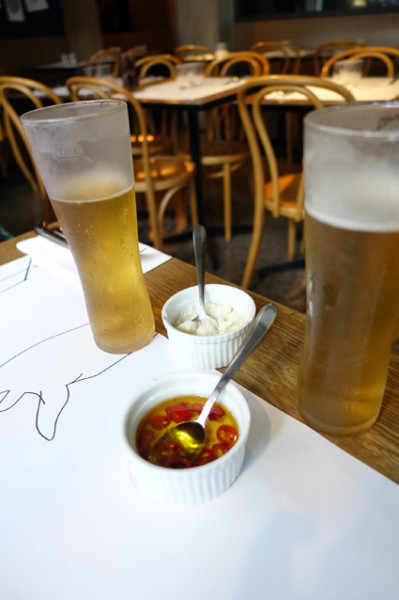 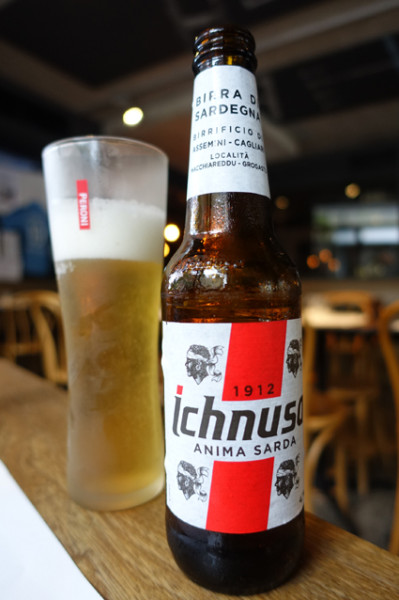 From the Italian beer selection, we opt for a Peroni Originale ($8) that’s amber and malty with coarse bubbles, and an Ichnusa ($10) with light, hoppy characters, a creamy head and tiny, Champagne-like bubbles. 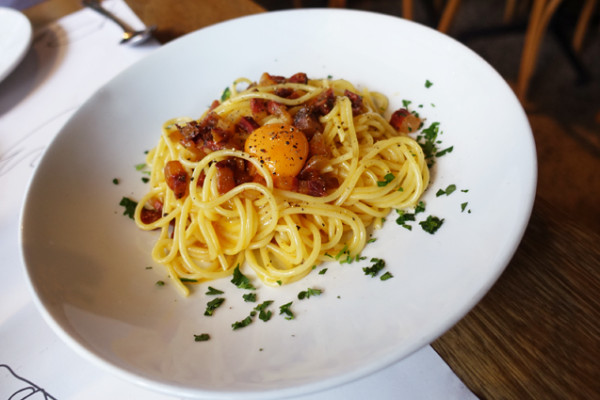 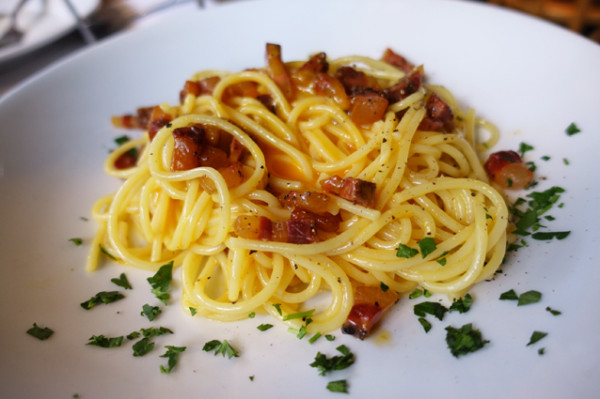 Beat It through the pasta, and eat the dish quickly – it goes a bit gluggy if it cools – dipping into the chilli oil and Parmesan cheese for more flavour. My menu hit was the Tirolese ($27), a pizza bianca teaming taleggio cheese, porcini mushrooms, speck, Parmesan and truffle oil, on a mozzarella (rather than tomato) base. Pizza Birra use a 48-hour proofing process, and make their pizzas in the Roman style, which sits between thick and thin. It’s cooked slightly longer in the glowing red pizza oven that you can eyeball in the doorway as you wait for a table, and thus has a little more bite in the tasty crust. 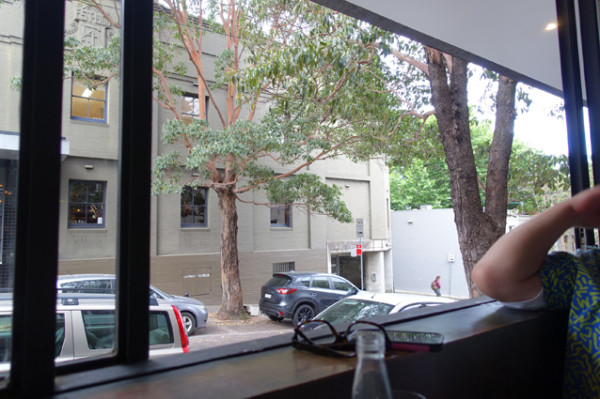 Yep, their pizzas are definitely the reason that Pizza Birra have survived.