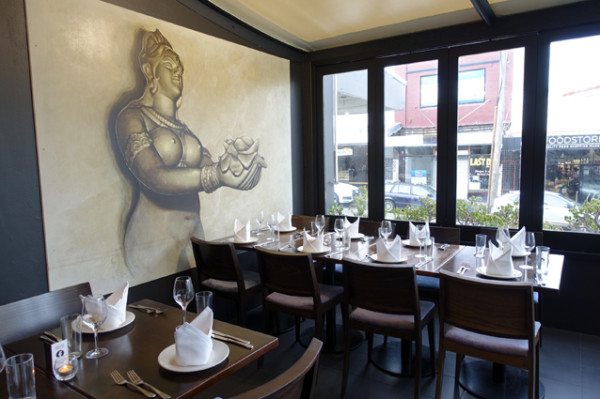 With a story dating back to the early 1980s, and the introduction of Indian cuisine into Sydney, Manjit’s is part of the very fabric of Sydney. This Indian restaurant group kicked off in Potts Point in 1984, before moving to the Balmain peninsula in 1987. “We are the only one left from 1987, I think because we own the building. If I had to pay rent, I don’t think we would still be here,” Kanwal Gujral explained. 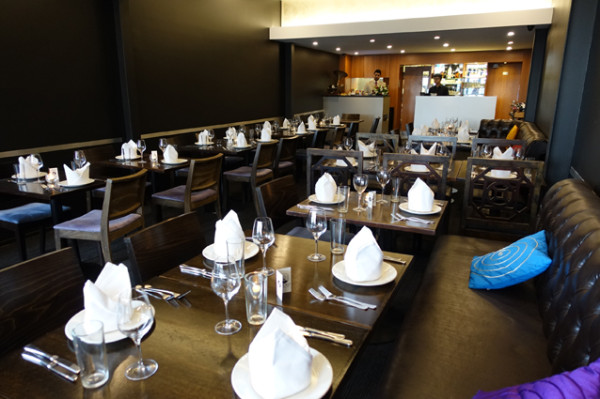 Despite a recent lick of paint, Kanwal’s Balmain restaurant is steeped in history and tradition. By contrast, Manjit’s at the Wharf is all about “the new generation, born and brought up here,” she explains. Kanwal glows with obvious pride as she talks about the contemporary edge her son Varun Gujral brings to the plates emanating from that kitchen. Across three generations of cooking, her family - along with other key players like Kumar Mahadevan, who has 28 years at Abhi’s in North Strathfield under his belt - have shaped the modern Indian food we eat in Sydney today. 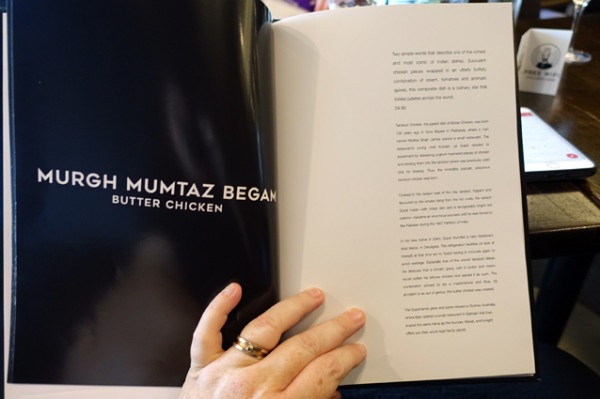 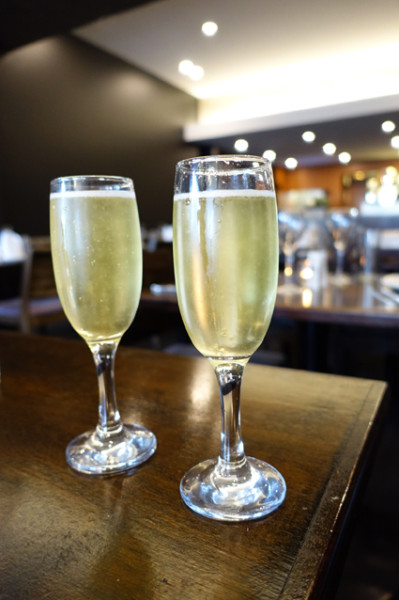 This family also shaped my own love of Indian cuisine. As a teenager I used to mow the lawn in exchange for tandoori chicken from Surjit’s in Strathfield. Surjit Gujral is Manjit’s brother, and today you’ll find his relocated restaurant by the same name in Annandale on Parramatta Road. 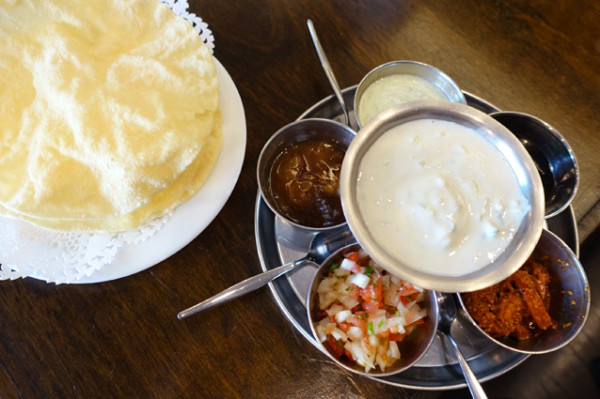 As I listen to Kanwal detail the family’s history, including expanding into restaurants in Darling Harbour, Wollongong, Corrimal, and a dedicated function centre in Concord, I tuck into Pappadums ($3.90) presented with a flavour wheel of Side Dishes ($10.90/6). While the diverse platter represents the best value, if you prefer just getting one or two accompaniments, Mint Sauce ($3.90) and Imli Sauce ($3.90) are the standouts. 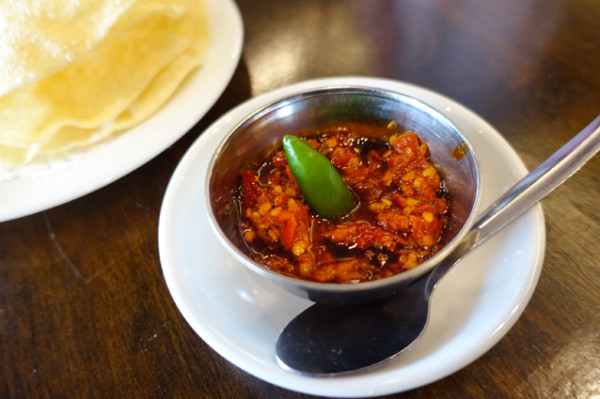 The latter is a sticky-sweet tamarind concoction that will soothe the burn if you indulge too heavily in Manjit’s Extremely Hot Chilli Oil ($5) as we inevitably did. 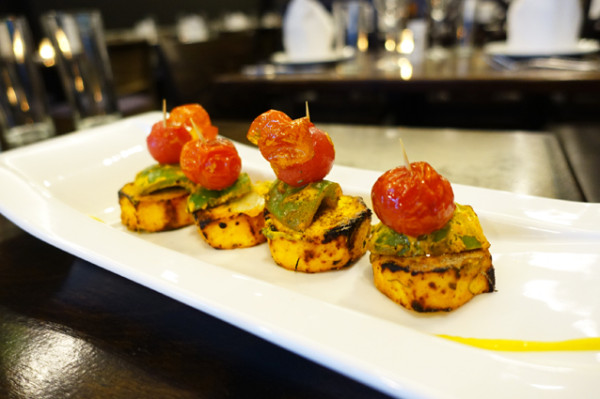 While I tend to trawl menus looking for exotic dishes you might not have eaten before, here at Manjit’s Balmain you’d do well to ignore my tactic and head straight for Indian menu stalwarts, like Tandoori Paneer Tikka ($12.90). The resulting, well-presented cheese bites amaze with the best texture and flavour I’ve had from this mild and milky Indian cheese. This is achieved by marination in tasty Kashmiri chillies, ginger, garlic, turmeric and cumin, before being arranged with scorched cherry tomatoes, crisp green capsicum, and summery sour mango into a dish that's as tasty as it is eyecatching. 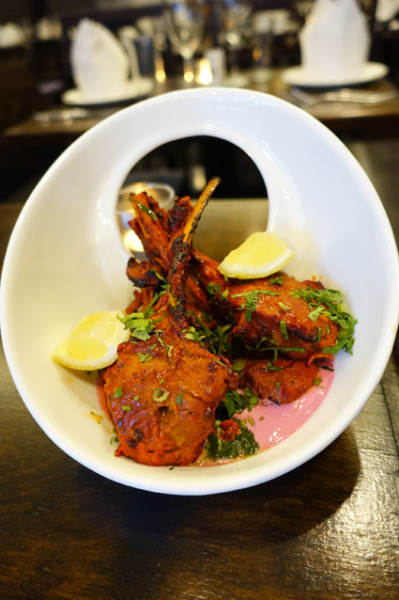 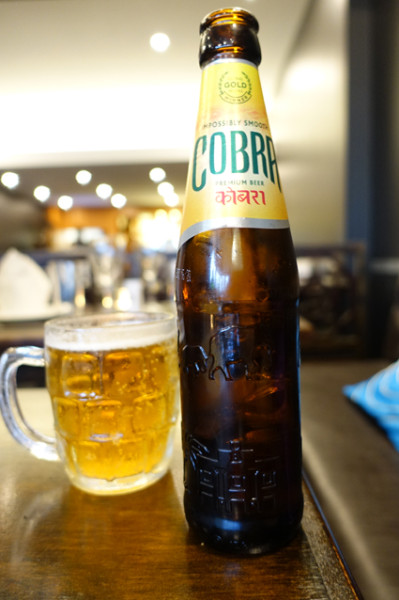 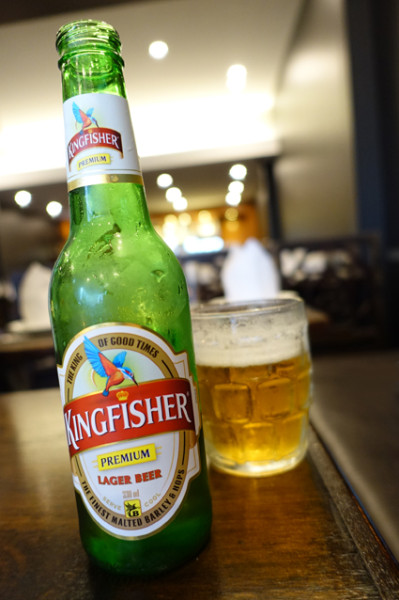 Tandoor-cooked lamb cutlets – otherwise known as Bhara Kebab ($29.90) – are another Indian menu standard taken to the next level at Manjit’s. Four Frenched lamb cutlets are thickly covered in paste, protecting them from over-cooking in the clay oven, so they arrive tender and pink in the centre but have still picked up that wonderfully smoky flavour. Gnawing charred lamb from these bones with an Indian beer in my other hand – Cobra ($10) and Kingfisher ($10) are both on offer – was one of the pleasurable memories I carried away from this meal. 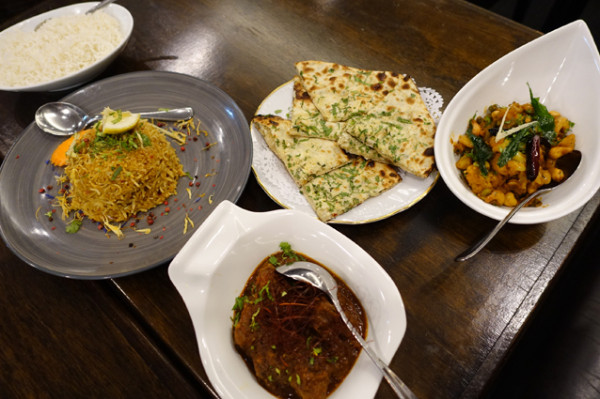 Eating across a number of different mains, the common thread uniting Manjit’s cooking is the use of fresh, aromatic spices. Each dish has a clear and distinct flavour profile. 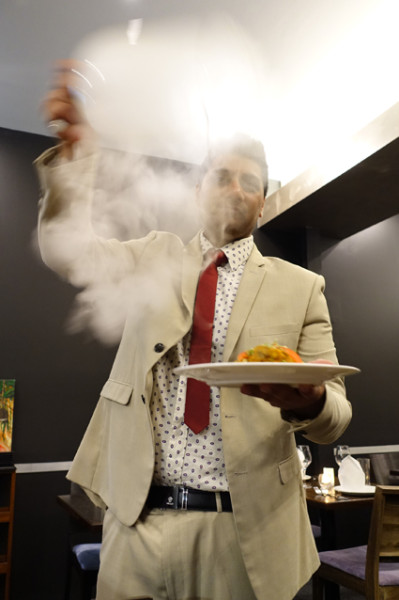 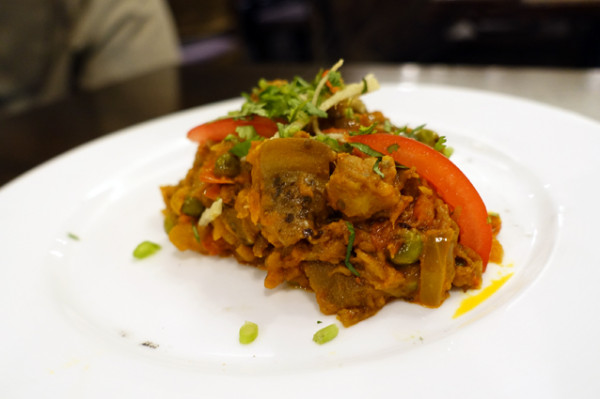 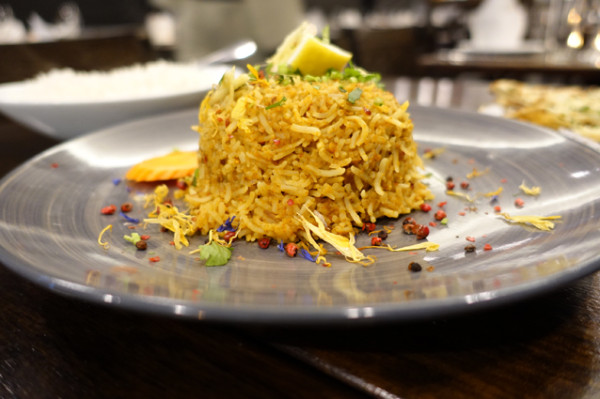 With big chunks of slow-cooked lamb shoulder, the Hyderabadi Biryani ($20.90) is fresh and aromatic. The long slender grains of Basmati rice stay wonderfully moist from being cooked together with the raw, spice-marinated meat inside a dough-sealed vessel. This is a time consuming cooking method that is hard to get right, but here they nail it. 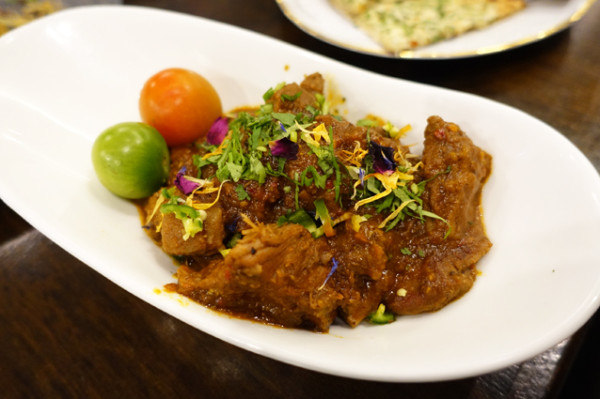 Punjabi Goat Rogan Josh ($26.90) is easily the best goat curry I've had all year. It impresses with tasty, fleshy goat that has been kept on the bone for added flavour. The curry has good creeping heat, with cardamom jumping out from the well-integrated, tomato-based gravy. It’s earthy and particularly delicious when combined with mint sauce. 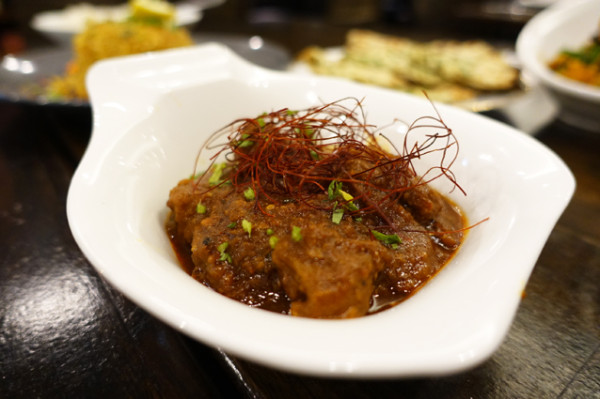 Just like the goat, the Kadai Beef Curry ($27.90) is relatively dry, a nice change from the soupy curries elsewhere that see you fishing for a piece of meat. 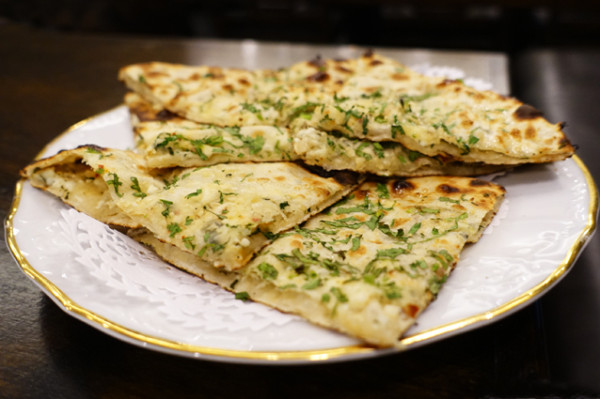 This one tastes of star anise and cassia bark, and will have you reaching for your pillowy soft Garlic Naan ($4.20). 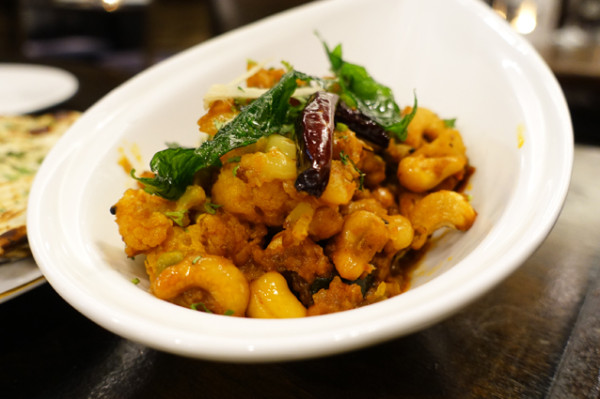 Kaju Ki Sabzi ($29.90) is raw cashew-studded vegetable curry that combines dry spices and caramelised onions in gentle harmony. While it isn’t a hero dish, it is one I particularly enjoyed eating as leftovers the next day. 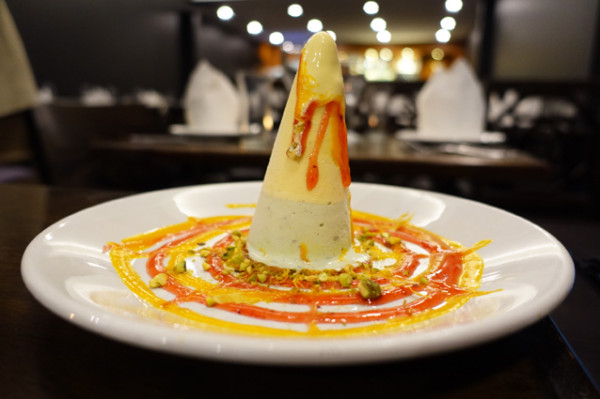 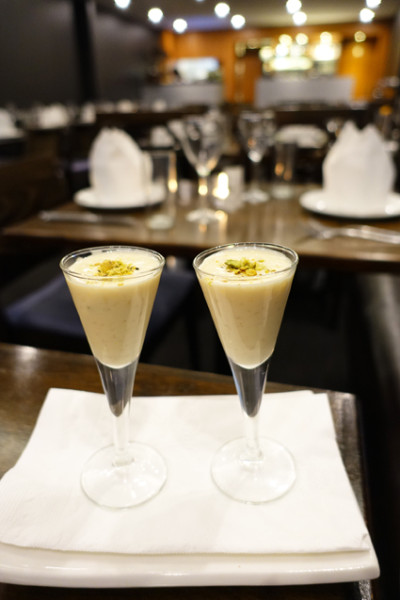 While the Mango Pistachio Kulfi ($13.90) is certainly pretty and weather-appropriate for the Sydney summer, I’m all about the Coconut Kheer ($10.90). The two little glasses of creamy rice pudding topped with shaved coconut were just the ticket to round out an excellent meal at a restaurant that has existed for more than three decades for very good reason.