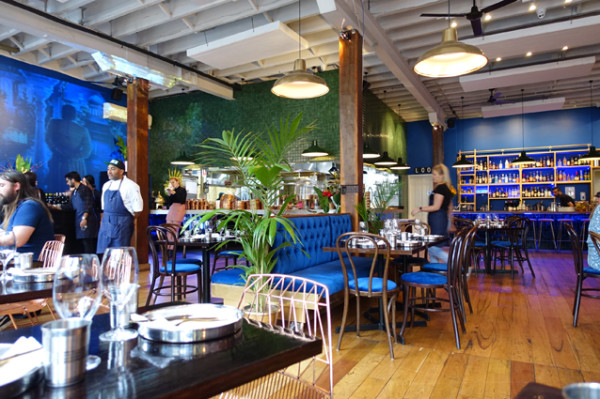 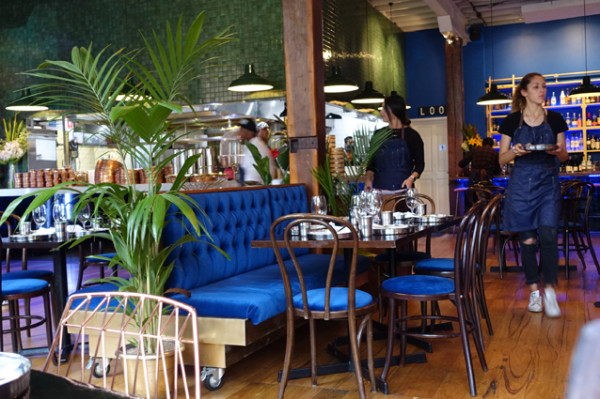 There are green leafy plants that match the original forest green kitchen tiles; electric blue under-bar lighting, and gleaming stacks of copper pots arranged along the kitchen counter. When you throw in all the colours generated by large photo murals of Indian aunties, dueling Indian flicks playing on opposing walls, plus a noisy crowd, the space is a cacophony of colour, sound and motion. 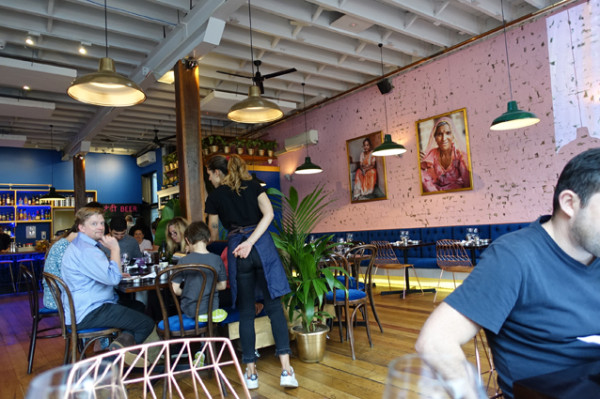 The plentiful floor team is young, happy and eager to please – possibly too eager, but it’s still early days. My missing dining companion, half an hour late, is a cause for consternation because they want to get my table underway. 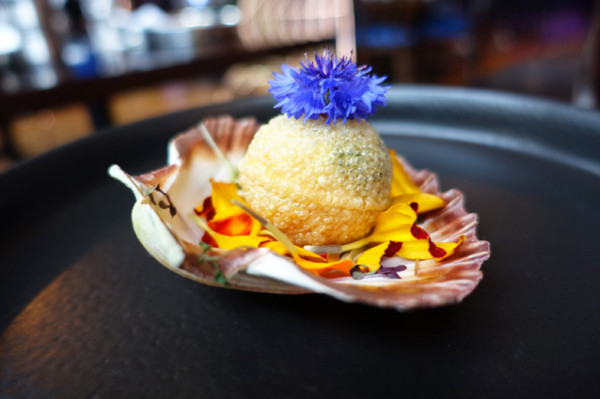 By contrast, owner and chef Jessi Singh, clad in a baseball cap and apron, oozes confidence during his constant forays onto the floor. “A little gift for you from the kitchen, but the whole thing has to go into your mouth in one bite, even the flower, but don’t tell Aunty,” he says as he deposits an eye-catching, edible bloom-topped Gol Gappa ($12/6) in front of me. The crisp semolina puff is filled with an explosive combination of sweet and gentle chutneys with a flower hiding the hole. 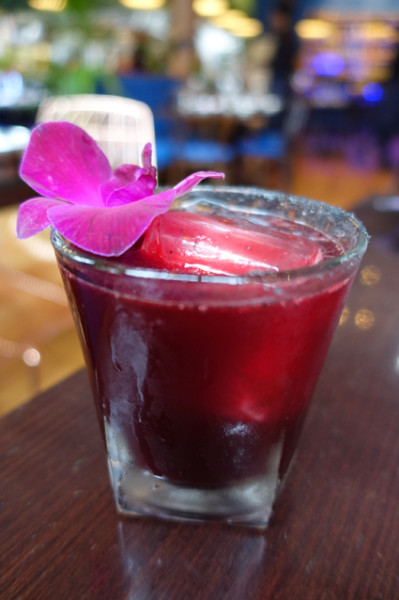 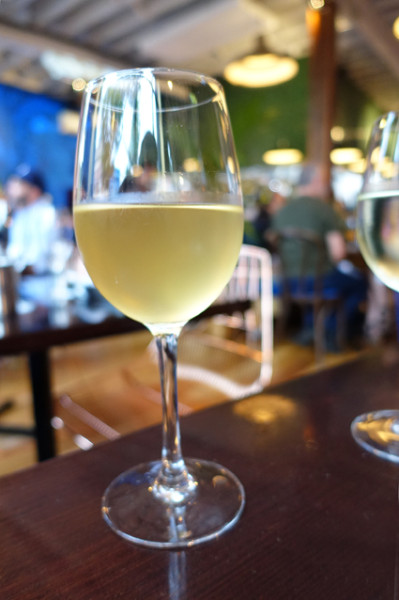 The namesake Don’t tell Aunty ($18) cocktail swirls smoky tequila with beetroot's earthy intrigue. The root vegetable’s natural sweetness is balanced by a black lava salt rim. It drinks better than my first glass of the 2017 Bobinet Poil de Lievre Chenin Blanc ($17) which comes up a bit lemon and oyster shell, whereas a second glass, clearly from a different bottle, is bright, acidic and cloudy like an orange wine. 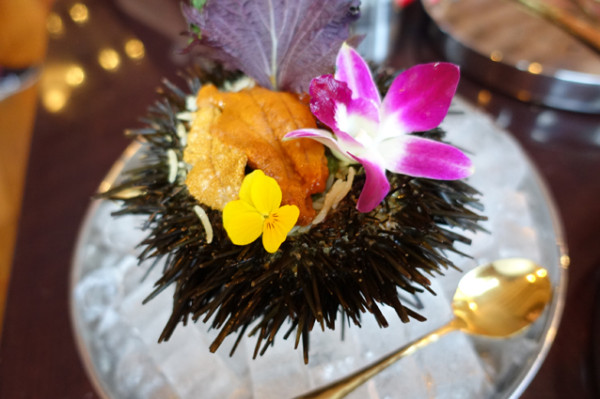 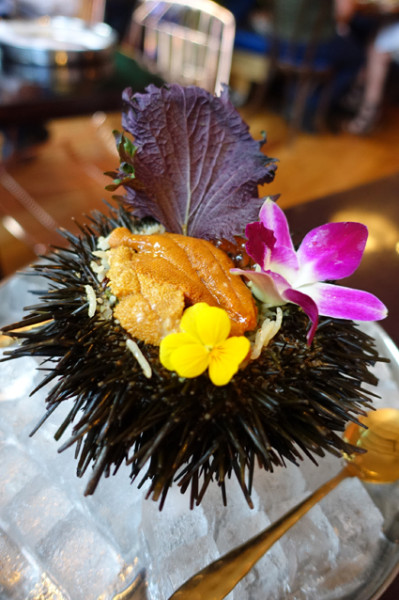 A big fan of sea urchin gonads – or, as they colloquially known, roe – I am quick to order the market price Uni Biryani ($30). Presented on ice urchin shell has been cleaned and emptied of its treasures, and stuffed with a cold long grain white rice mix that has been cooked with urchin parts, turmeric, dates, shallots and ginger, into something that’s sweetish rather than the promised spicy. It’s topped with just two meagre lobes of urchin roe and a scattering of salmon roe, which make it unbalanced – too much rice filler, not enough urchin thriller – and a chore to finish once the uni roe is devoured. 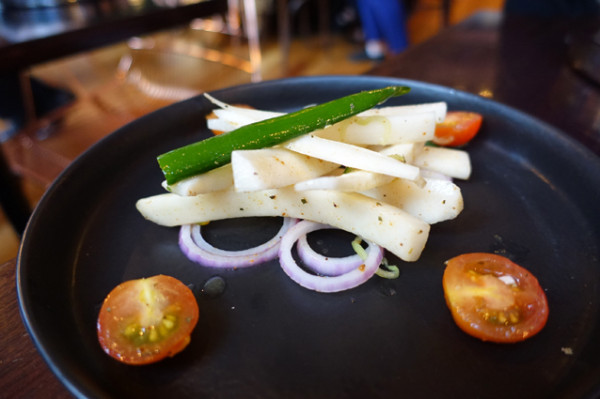 I can’t say I’m keen on our Daikon Salad ($10) either. Despite the sexy sounding black lava salt and lime rap., it is a modest, boring, Jenga-like arrangement of daikon radish batons on loops of Spanish onion under a green chilli, with four cherry tomato half sentries. 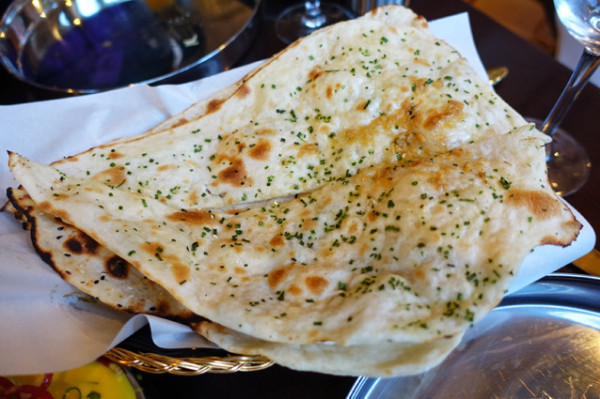 Despite me craving some fresh vegetables, it’s quickly forgotten in favour of dipping naan in curry, when our Naan Basket ($12) arrives. Sadly, the mix of plain and garlic and chive naans are thin and crisp, rather than my preferred plump and pliable, making me wish I’d ordered rice. 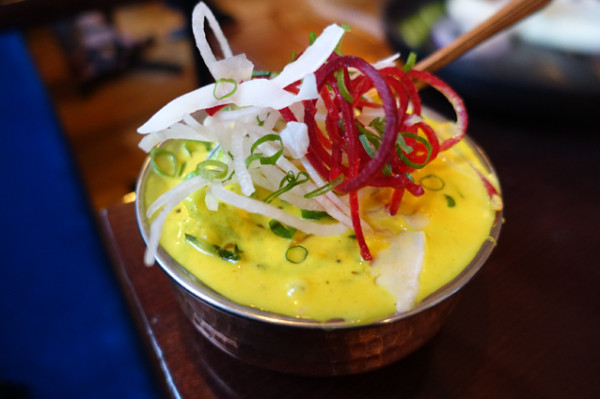 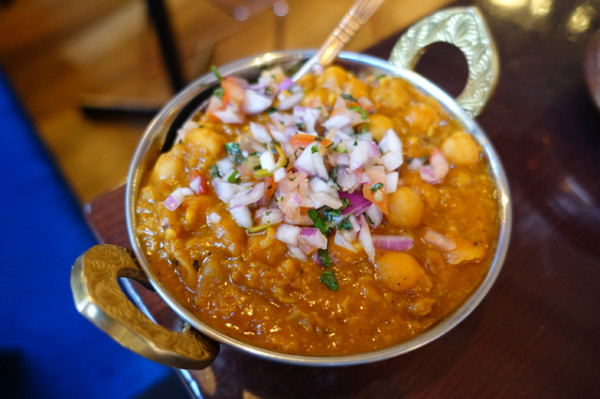 Chana Masala ($16) is round without being exciting, taking chickpeas and flavouring them with garam masala with brightening it up with sour mango powder. While neither are what I’d call hero curries, both would be likeable enough as part of their ten-buck canteen-style lunch against a beverage you grab yourself from their fridge.