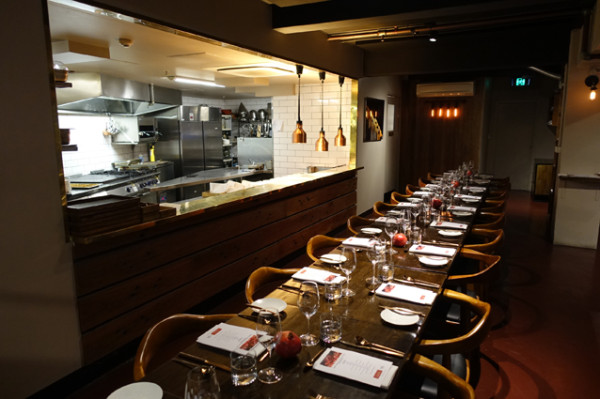 Getting a Lancashire lad to cook pomegranates is a bit of a stretch, but despite being more about pork fat than these 'winter apples', chef Nelly Robinson rose to meet the challenge. 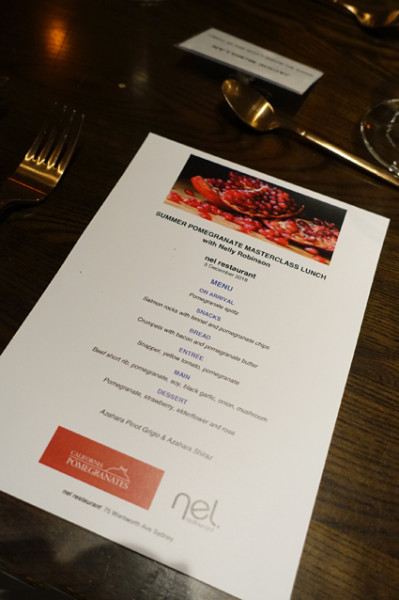 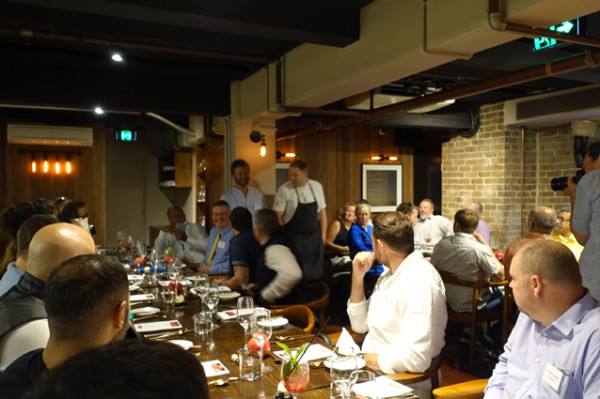 Joining me at Nel Restaurant in Surry Hills was an all-star audience of Robinson's peers. Everyone from Roy Ner (Nour) to Lauren Murdoch (Merivale) sitting beside her early mentor, iconic Sydney chef Janni Kyritsis, who cooked at Berowra Waters Inn, Bennelong and later opened MG Garage, was seated along two tables stretching the length of the intimate, basement space. 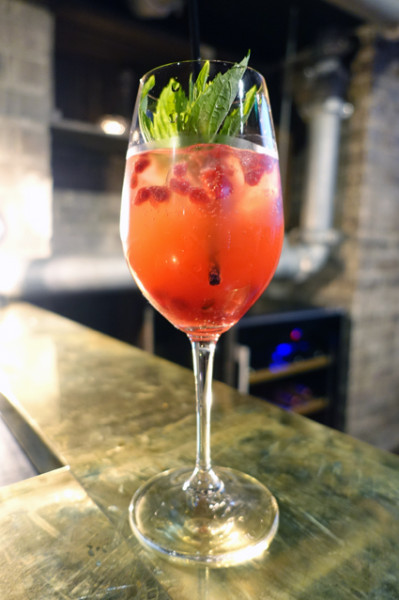 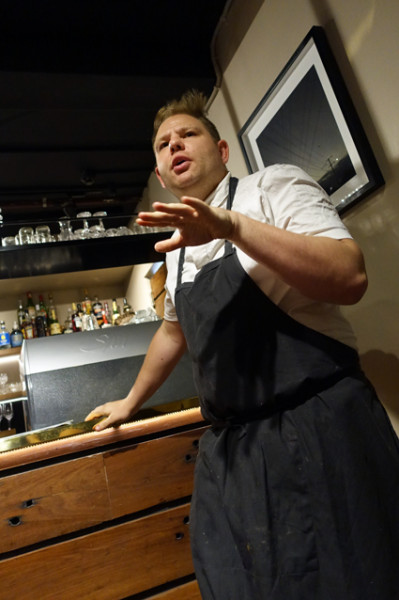 For me, it was the first time I’ve been back to this restaurant since my initial review back when it opened in 2015, so I was keen to see how it’s eating now across a five-course menu. We kick off with a Pomegranate Spritz, a summery indulgence that combines pomegranate arils, pomegranate syrup and Azahara Chardonnay Pinot Noir – a finely beaded sparkling wine. Robinson continues to operate his restaurant on a nightly degustation-only menu ($118/8-course) that rotates every six weeks, plus a three-course ($78) lunchtime menu. 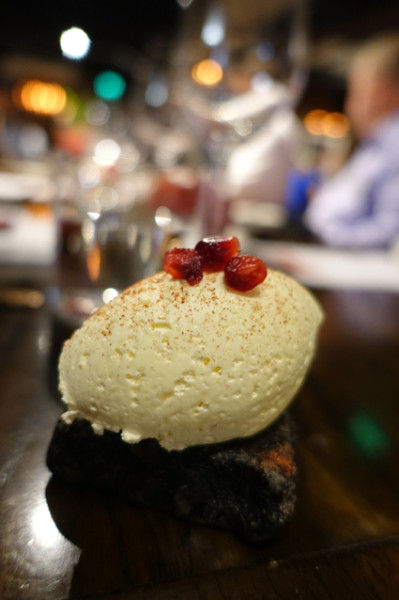 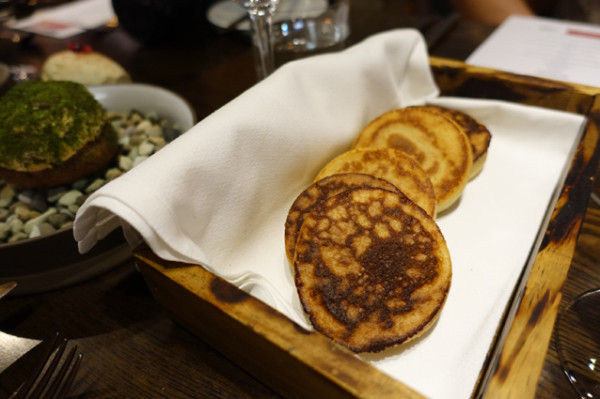 Pork fat and POM Wonderful pomegranates from California were both employed in our bread and butter offering - freshly cooked crumpets liberally smeared from quenelles of pomegranate and bacon butter. 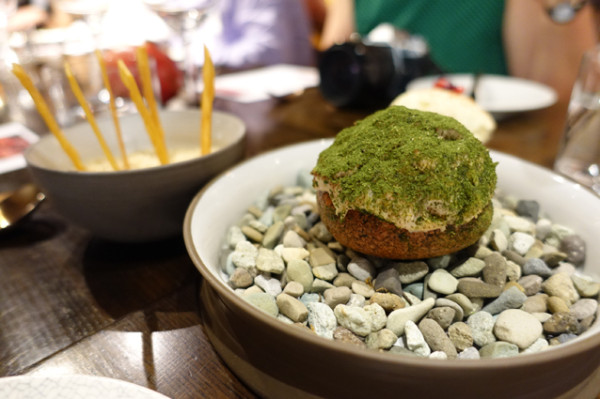 As we scrape salmon rillettes from rounded river stones onto fennel and pomegranate crackers, we hear how Israeli-British chef Yotam Ottolenghi and his popular cookbooks were a driving force in getting pomegranates onto our tables. 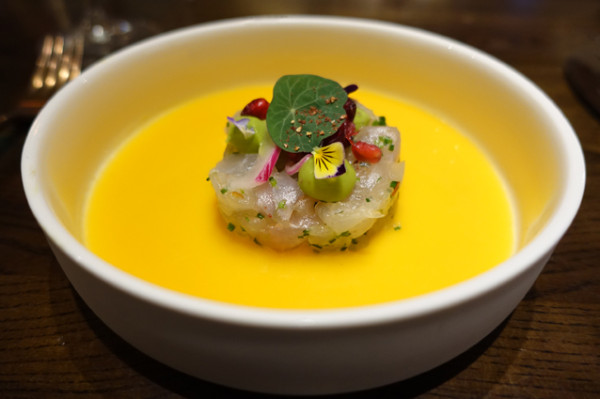 If you eat pomegranates at Xmas time – and their vibrant magenta hue certainly lends itself to the Xmas table – they are likely to be imported fruit from the Californian picking season that runs from September to November. The southern hemisphere picking season runs from February to May. Their sweet and sour flavour, colour and texture make pomegranates worthy additions to dishes like Robinson’s snapper tartare. Surrounded by pool of yellow capsicum gazpacho, the bright pomegranate arils are also a nice tart counterpoint to the slightly creamy raw fish. 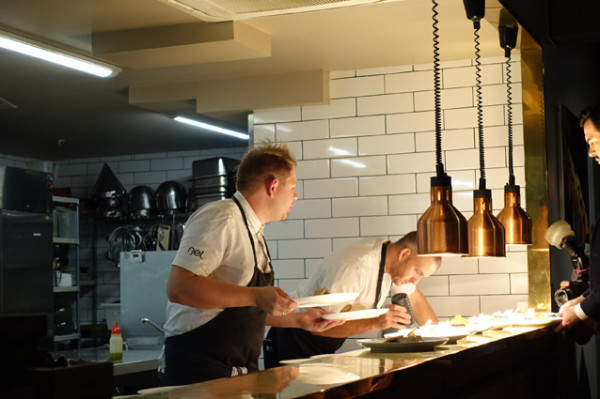 While we’re waiting for the next course to be plated, we’re led in a round-table discussion on culturally divergent uses of the pomegranate. When choosing one yourself, look for a fruit that feels heavy with the weight of the juice. They’ll last for three weeks in a cool room, though Janni advises: “Like passionfruit, once they start to get a bit wrinkled on outside, they’re better.” So do cut it open and try it, before you throw one away. Eating the white pith is unadvisable (may cause vomiting) so don’t get lazy when it comes to separating the arils (which reportedly number 613) from their casing. Stored by themselves, these seeds will last for three days in your fridge. “Take juice in a pan, bring down to syrup, and that’s your molasses,” Janni advises the room of eagerly listening chefs. 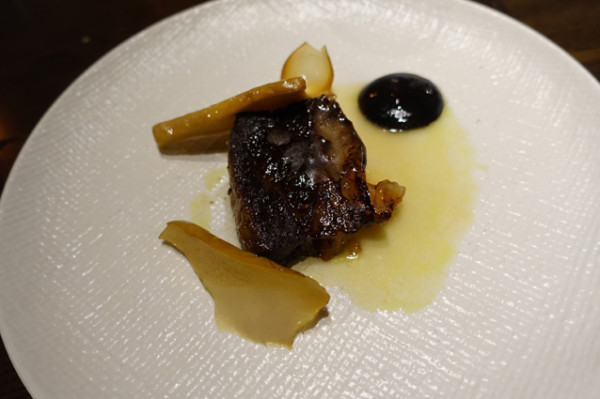 Pomegranate also makes a good marinade and baste as we see in Robinson’s beef short rib. Here the beef has been marinated and glazed in pomegranate, treacle molasses, soy and a little star anise, using its acidity to cut through the fatty rib. Presented against black garlic, onion and textural mushroom slices, it’s rich and satisfying in a small portion. Portions, by the way, are something Robinson gets exactly right on this multi-course meal. 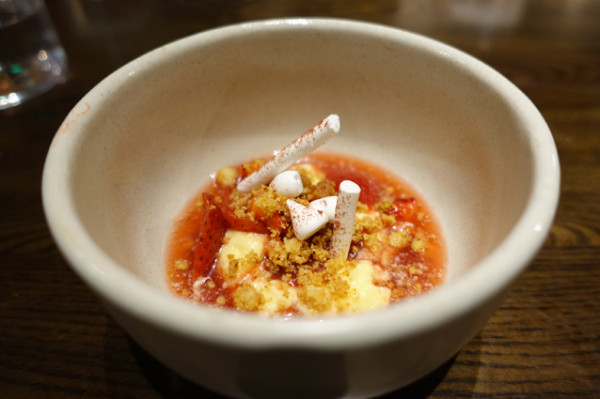 Appropriate portion control ensures I approach my pretty dessert with relish. It’s right up my alley too - an elderflower soubise with strawberry and pomegranate sauce made with the same sparkling wine as our opening cocktail, garnished with bright white meringue. Leaving with three juicy-heavy Californian pomegranates in my handbag, it inspires me to use create a simple dessert of pomegranate with sheep milk yoghurt at home.

Did I mention they’re also nutritious? Beyond being high in antioxidants and fibre, pomegranates are a good source of B vitamins, vitamin C (one pomegranate contains a third of your daily requirement) and potassium - so I ate my second dessert of the day guilt-free.

Pick up your own pomegranate at your local independent green grocer - I personally like Anticos Northbridge Fruit World on the north side of Sydney Harbour, and Harris Farm Markets in the Inner West.

NOTE: You can see a previous review of this restaurant back HERE.