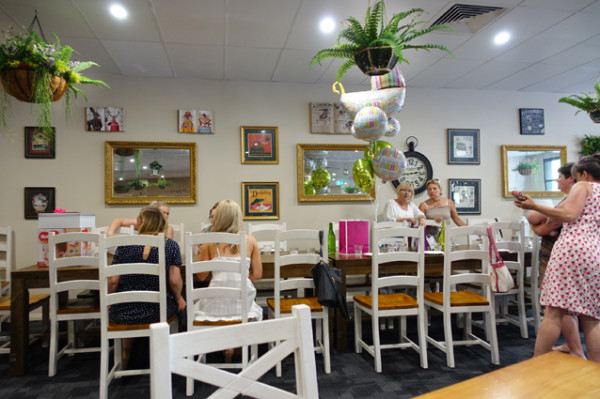 Sweet Caramel Cafe & Patisserie was pretty much my worst nightmare, but there’s no denying its popularity with the women of Bathurst. They vote with their feet, which are clad in high heels to match their prettiest party frock. They descend in large groups for baby showers, birthdays and other festive occasions. Most groups seem to be opting for the Sweet Caramel High Tea ($35/person) presented on multi-tiered silver platters, topped with luridly coloured macarons sitting over pastries, tarts, and sliders. 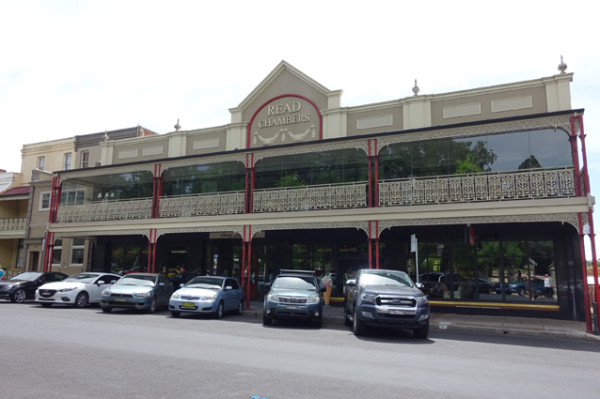 While the building's exterior is new, it's at least in keeping with the historic look of Bathurst. 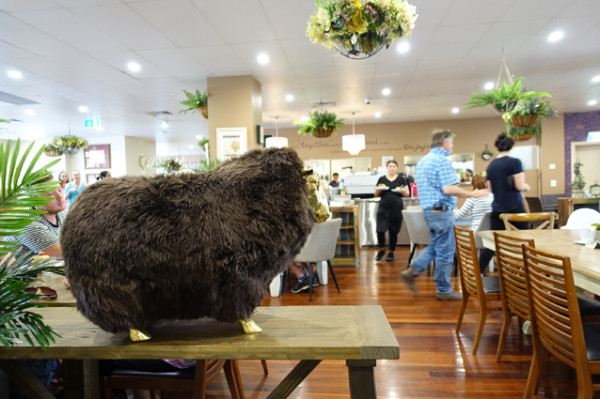 The interior is, quite frankly, a bit bizarre. Lifesize gold rams and llamas covered in brown fleece are the centrepieces of a room stuffed with mismatched furniture that runs the gamut from high-backed white farmhouse chairs to slatted brown outdoor furniture. Plant baskets dangle from an office-style ceiling, which is in plain view because the lighting leans towards extreme rather than atmospheric. It’s noisy – people are here with an eye to celebration – so do bear that in mind if you’re after a quiet catch up. 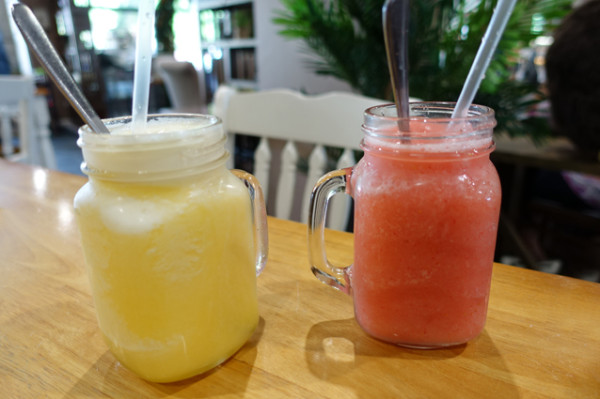 Being a hot one, I flick past café menu mainstays, coffee and tea, and venture into Frappe World. In the hyper-feminine space, the Pink Journey ($6.90) seems the obvious choice, combining a pleasant enough mix of strawberry, apple and lime juice. Summer Scent ($6.90) with pineapple, apple and orange is nice and sharp. Both are presented in a hipster-style handled jars with straw and spoon for ease of consumption. 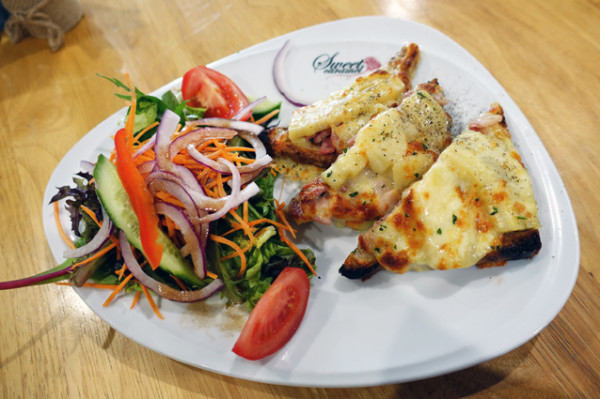 The menu is an equally bizarre blend of Thai dishes, Italian gelato and retro café standards. Don’t expect staff to come to your table either – this is an order and pay at the counter first affair. I end up eating a Bacon, Banana and Cheese Melt ($9.90) on commercially produced white toast, with a Salad ($2) addition, presented as a dish that looks straight out of the '90s. 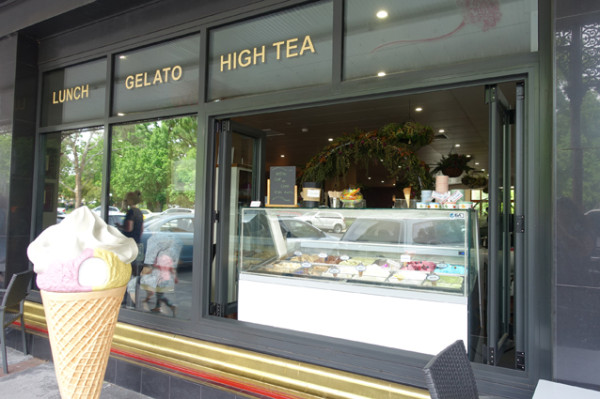 Best to think of Sweet Caramel as somewhere to eat cake, or avoid the noise entirely and buy a cone of gelato from their window to eat across the road in the beautiful Machattie Park.