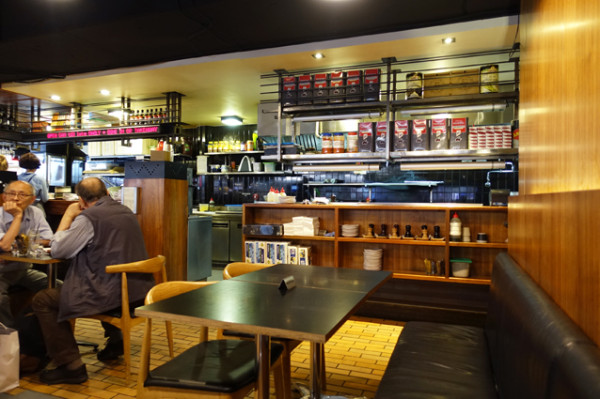 Flying to Hobart over the holidays gave me an opportunity to get reacquainted with Movida. The only remaining Sydney offshoot of Frank Camorra’s popular, Melbourne-based empire is positioned at the base of the escalators, just after you pass through the metal detectors at Sydney Airport’s T2 (terminal two). 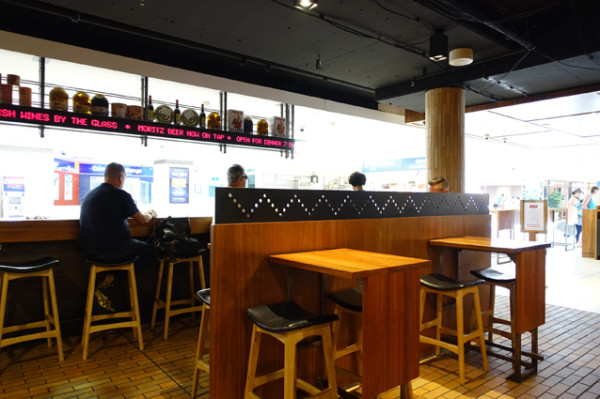 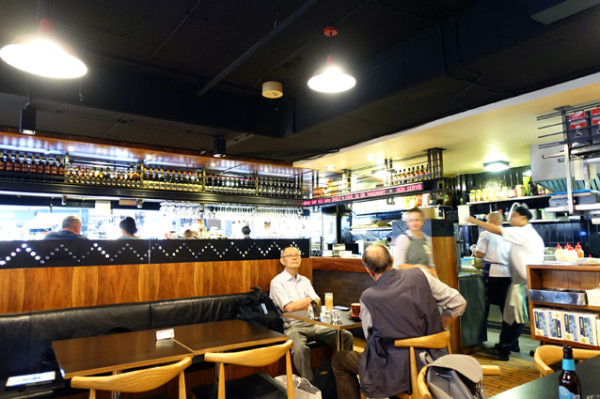 Movida serves the kind of Spanish food that really lends itself to servicing the time-pressured demands of people eating inside a busy airport. This style of eating means you can order a couple of things to get started, and order more as you go along, eliminating the need to speed-eat your food if your flight starts to board. While it’s a reasonably simple fit-out, with blonde wood tables and black banquettes, terracotta floor tiles and dimmer lighting, it still provides some respite from the over-lit, fluorescent white terminal. 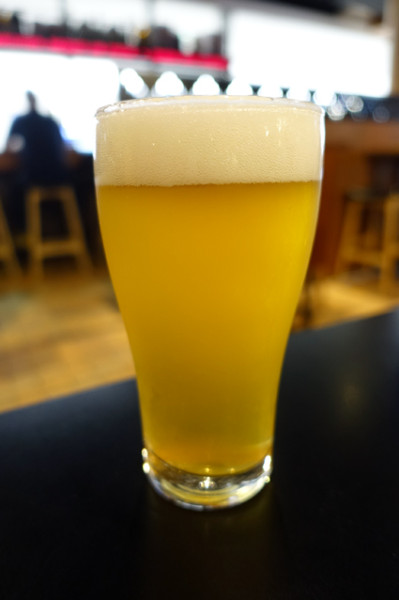 Beverages will also help drown out the noise, from a dark and brooding but not tannic Sangria ($10/$40) served by copas or jarra (goblet or jug) to a floral Moon Dog ‘Old Mate’ Pale Ale ($12) beer chaser. The drinks help take the edge off and allow us to sink into enjoying Movida’s well-chosen, chilled out tunes. 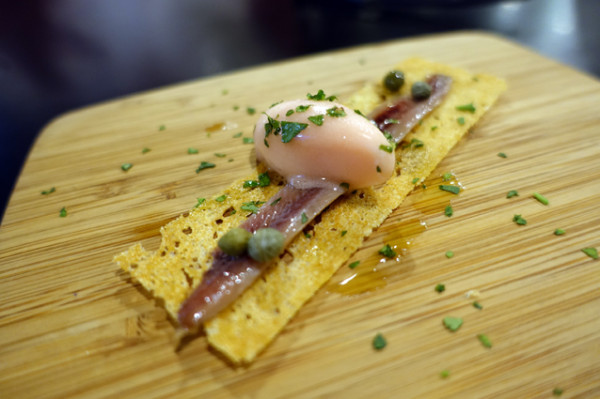 For a solo diner, tapa plates are perfect, though if you’re sharing, hit up the larger raciones. Either way, kick off with an Anchoa ($5/each) each - they're single hand-filleted Cantabrian anchovies set on a wafer-thin cracker topped with a tiny quenelle of smoked tomato sorbet then dusted with capers and herbs. 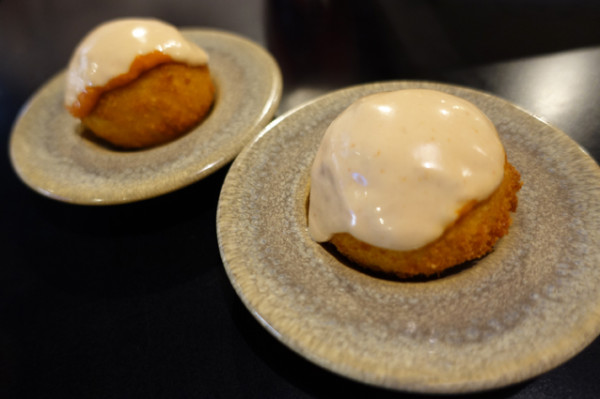 We stayed with tapa by ordering one apiece, moving from Bomba ($5/each) or potato bombs flavoured with chorizo and topped with a lightly spicy sauce, to even better Croqueta ($4.90). 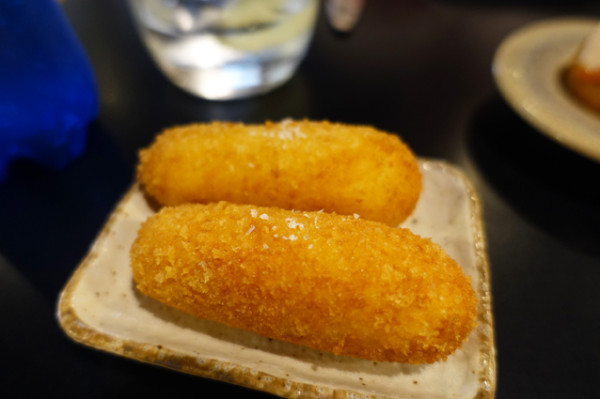 The latter take milky, salty Mahon cheese made on the Spanish island of Menorca, and combine it with leek into a smooth and creamy golden crumbed log that’ll make you want to order another one straight after. 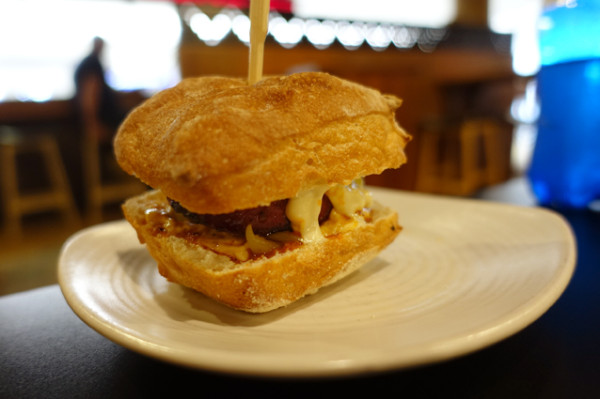 Round out the corners with a Spanish sandwich, or Bocadillo de Chorizo ($9.50) presented on a small, crusty square roll. It’s all about the big, round slab of excellent chorizo, its round earthiness lifted by tangy, thin green Basque peppers called guindillas. 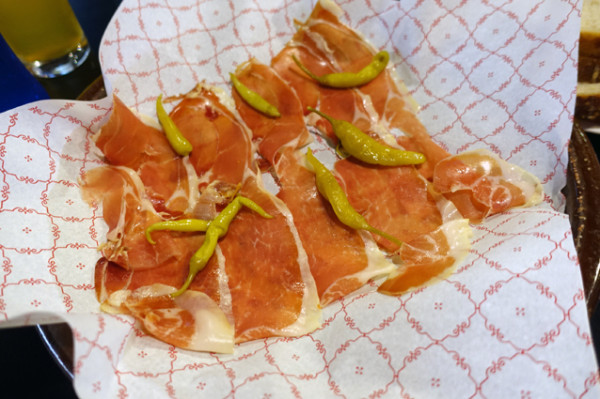 You’ll also find these tangy, little flavour explosions on the Jamon Serrano ($16/50 grams) with thin, moist slices of cured Spanish ham that can be eaten on crusty white bread with fruity olive oil, or simply placed on your tongue and allowed to melt in a moment of meaty Communion. 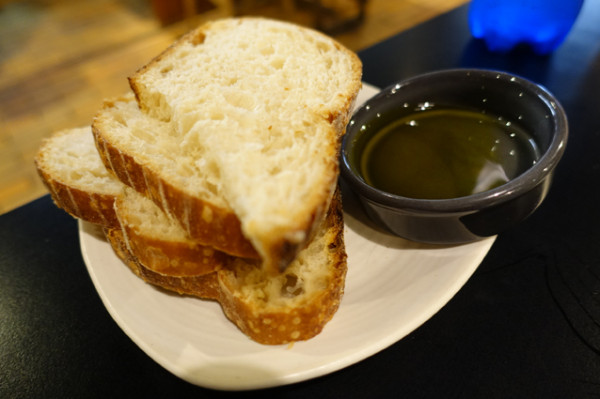 Movida is how to get your domestic holiday started right.