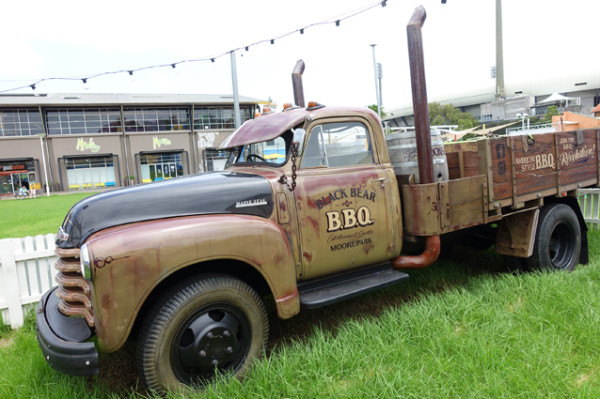 On a recent trip to the Fox Studios Entertainment Quarter to take in the LEGO exhibition, we ducked into the long grass for an American-style backyard barbeque inside the BlackBear BBQ corral. 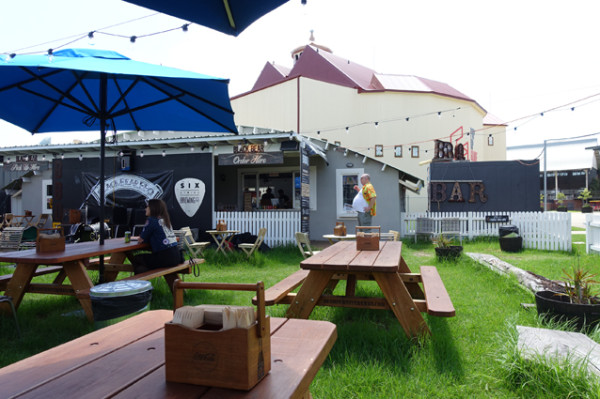 Starting out in the back streets of Blacktown back in August 2017, this new outpost for the popular, Texan-style wood-smoked barbeque joint, is serviced by a giant smoker. Said to fit over a hundred briskets, the impressive barrel-shaped beast is housed inside a shipping container. 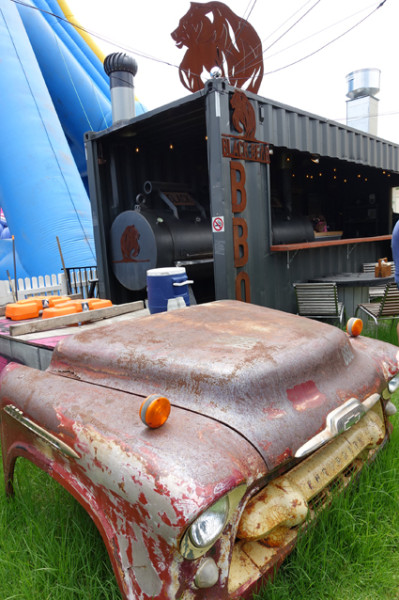 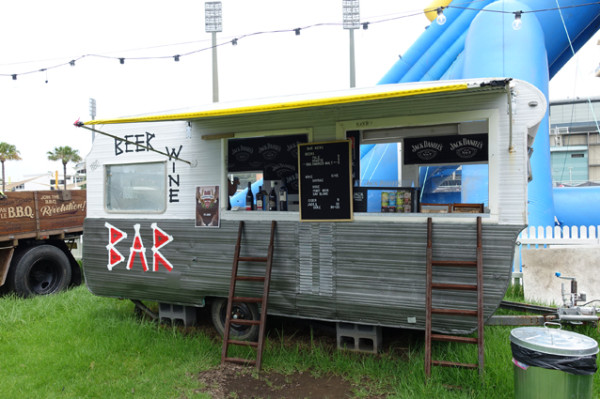 The bar – serving up beer, wine, cider and ‘Jack’n’Coke’ - can be found in an old caravan. 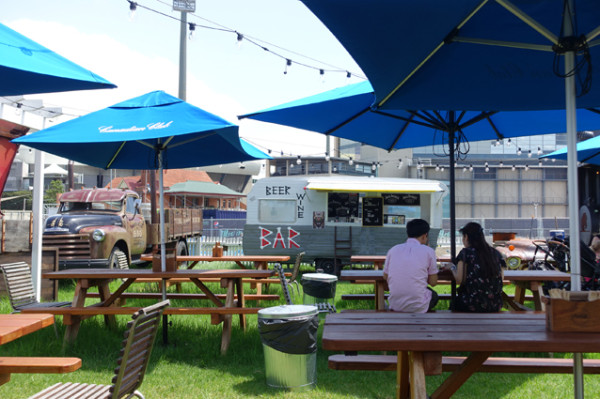 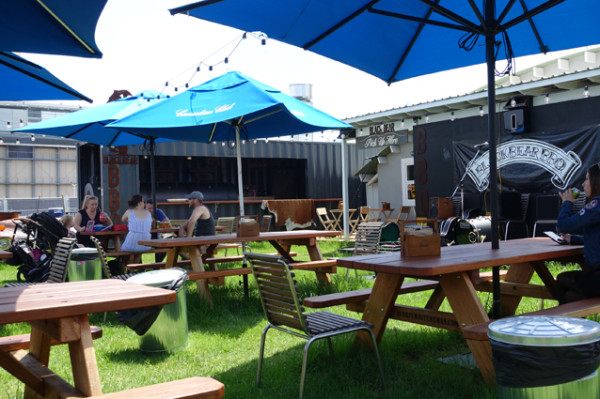 The rest of the compound is taken up with a Chevrolet truck, rusting vehicles, and umbrella-covered outdoor picnic tables. 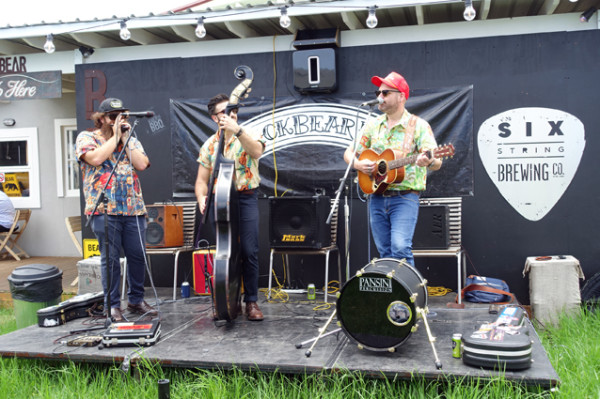 They’re all arranged around a live music stage where three hot and sweaty lads dish up torch and twang while their rockabilly-styled girlfriends and wives look on. Kids run in between the tables; collected under the arm by bearded blokes with good-natured grins when their antics carry them outside the fenced corral. 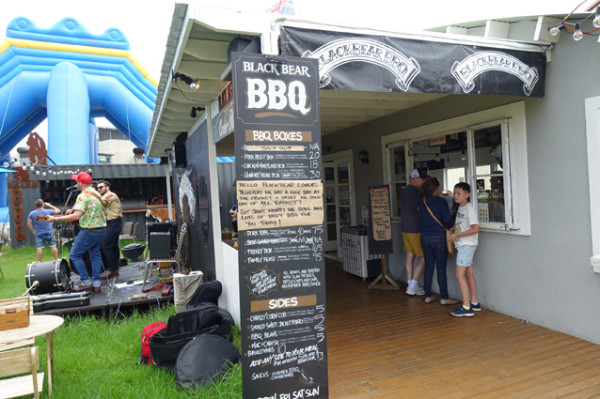 The menu is also the work of bearded blokes - Haydn Graham, Glen Ellis and Ben Huppatz - who have turned their hobby into a viable business. You’ll find it on the outside of a curved hobbit hut, adjusted on the day I dined, with a brown paper apology explaining that hungry cricket fans had eaten them out of their famous dry-rubbed brisket. 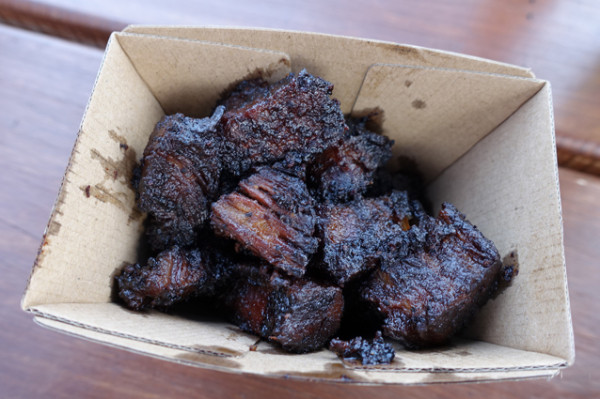 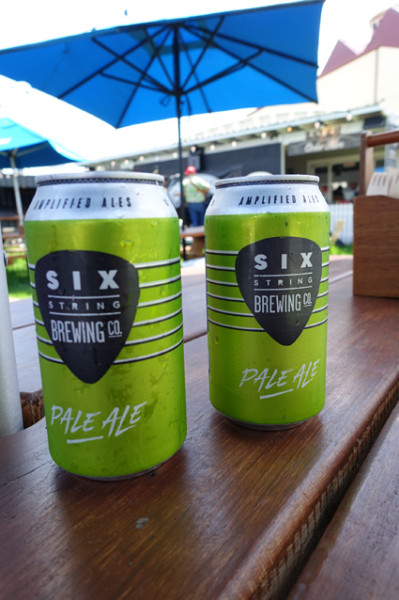 Our disappointment was eased slightly with a box of Burnt Ends ($10) with deep, black bark. They’re not quite as smoky as I was hoping for, but tasty enough with a crisp, bitter and hoppy can of Six String Brewing Co. Pale Ale ($9). 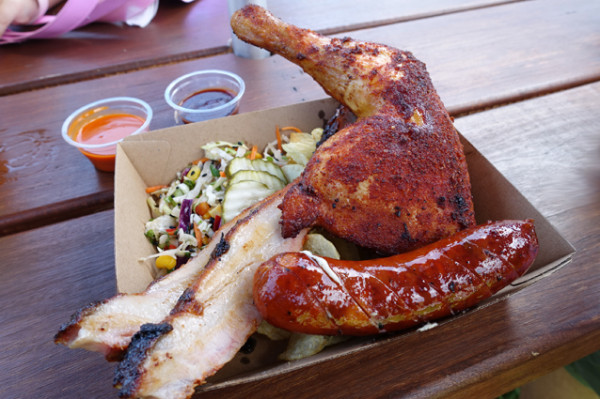 The Hungry Bear Box ($30), which usually contains their signature brisket, was instead bolstered by a spice-rubbed chicken Maryland. Under two long, juicy slices of nicely caramelised pork belly and some pickles, a pile of brightly coloured coleslaw with corn, carrot, celery and cabbage makes a tasty, fresh counterpoint to all the meat. The box's highlight though is the gleaming red sausage that’s smoky with excellent bite, stuffed with cubes of cheese and mild green jalapeno pieces. 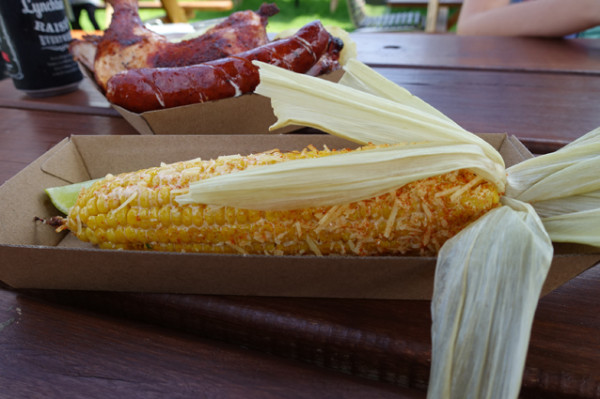 While the brisket-free box is probably more food than most solo eaters can handle, a Cheezy Corn Cob ($5) smeared in sriracha mayo. and dusted with cheese, can be added on for a fiver. 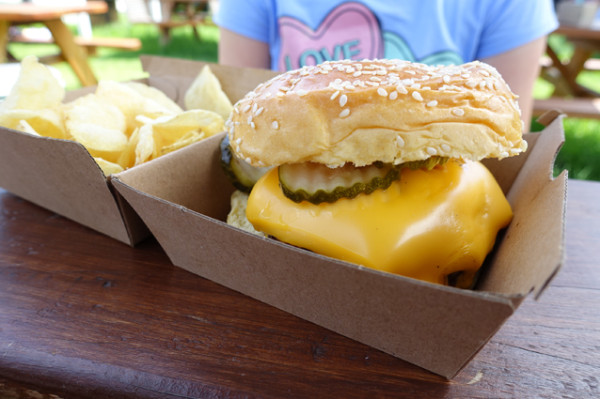 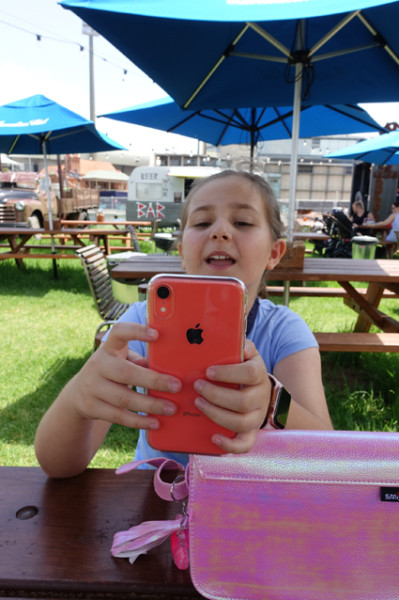 With the live music, we were worried about hearing our number called to collect Miss 9’s Cheeseburger ($12). We needn’t have fretted, it was delivered to our table with a friendly smile by staff, who also circulated offering to clear away rubbish, despite the dining area being scattered with plenty of D.I.Y. lidded rubbish bins. Sandwiched inside a sesame seed-covered bun, the simple cheese-covered patty was enough to make Miss 9 close Snapchat and get stuck in, after she removed the pickles, that is. Despite looking a bit skeptical about the accompanying Kettle chips, she rated her burger but did say it was a bit big for her kid-sized stomach.

Bar for the terrible wooden knives and forks, this was a good eating experience, bolstered by live music and friendly staff. In my opinion though, Memphis BBQ Pit still wins on flavour, with the proviso being that I didn't get to properly try BlackBear BBQ's brisket.