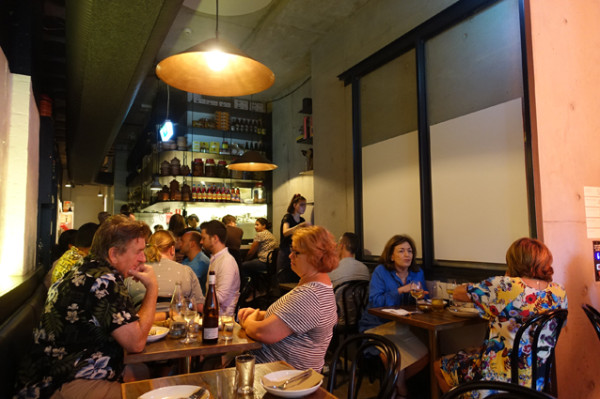 Sri Lankan restaurants have seen a little surge in popularity in inner Sydney of late, what with the establishment of Hopper Kade in Darlinghurst, Dish in Glebe, and Lankan Filling Station in East Sydney. It’s nice to see the longstanding efforts of Sri Lanka’s most famous chef, Peter Kuruvita, to get Sydneysiders to see the potential of this unique cuisine here, finally get some cut-through. After getting reacquainted with Kuruvita’s cooking at a masterclass last year, where he demonstrated the egg roll, and a decade on from my introduction to this dish at my first Sri Lankan meal at Kammadhenu in Crows Nest, it was nice to eat the definitive version at Lankan Filling Station. 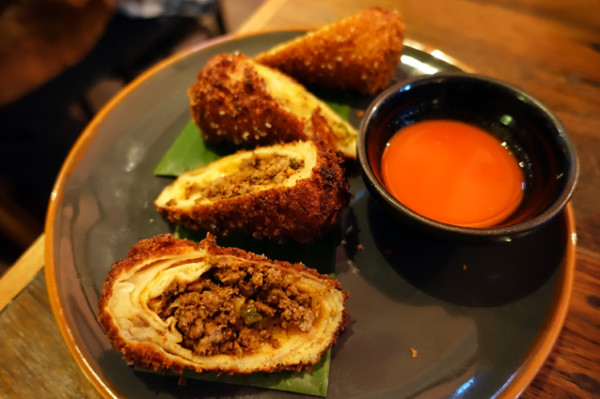 Made by liberal application of the funky, fermented chilli sauce, the Beef Pan Rolls ($7/each) - crisp packages of layered crepes filled with beef that tastes of cloves, green chilli and curry powder - are a bit of a relief. Our arrival at Lankan Filling Station had a bit of a shaky start with terse staff trying to wrangle too many people into the tiny space. 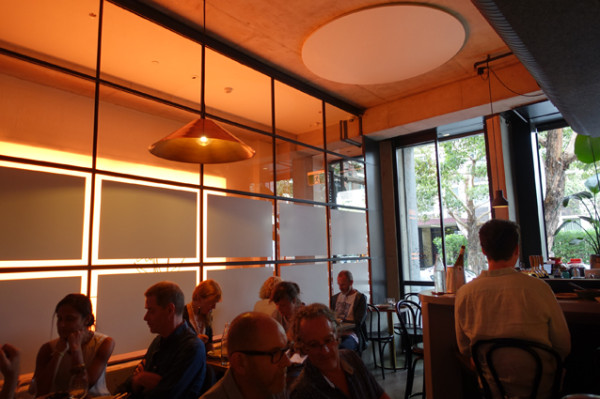 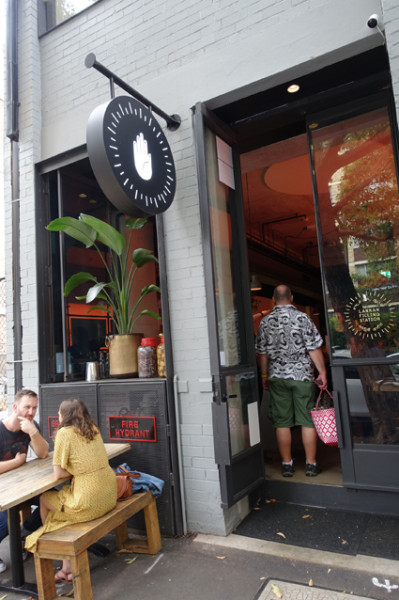 The no reservations policy wasn’t adequately communicated on the phone. Interpreting the 6pm instruction of rock up now as meaning they had plenty of empty tables, we expressed surprise when we found a full restaurant just twenty minutes later. Our surprise was met with unwarranted sarcasm from a snappy maître de, 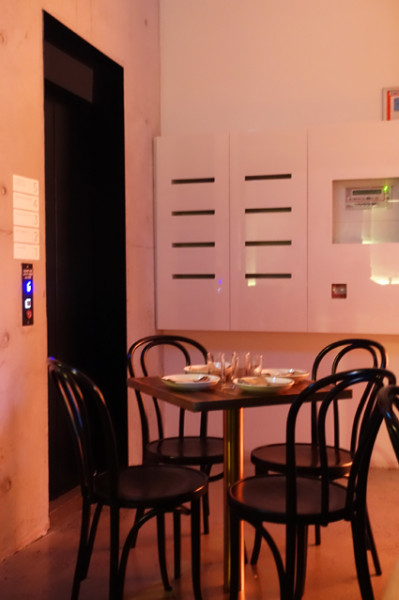 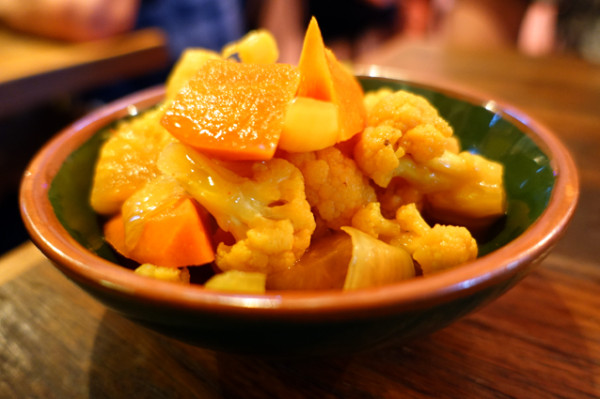 As we debated whether to endure a meal on bar stools sitting right in the passageway at the polished concrete front counter, my dining companion was rudely pushed out of the way by a bearded and tattooed waiter. While staff frustration makes sense when you see that you’re dining in what is basically a foyer to a low-rise office block, especially if you get the table in the lift vestibule, it’s not a great way to kick off a dining experience. Nor was the Acharu ($8) pickles, that proved more work than pleasure with too-thick hunks of lightly pickled carrot, onions, cauliflower and pineapple with a sweet and sour flavour profile that felt more Aussie-Cantonese than fiery Sri Lankan. 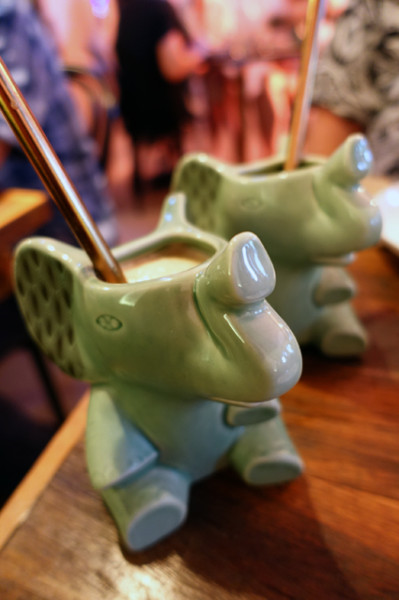 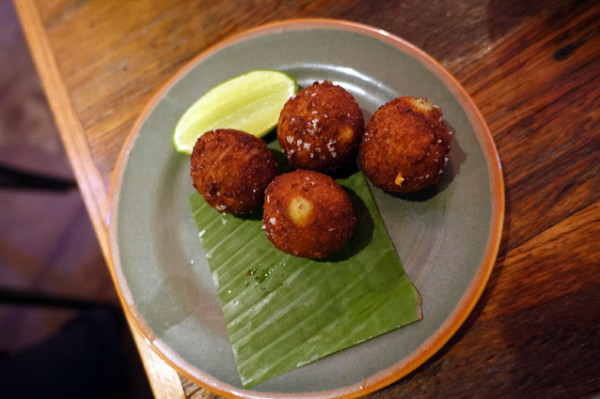 One benefit that did come from our time overhanging the front counter was eyeballing the Mu-Mu ($22) being made. Served in a pretty green elephant, this thematic cocktail takes arrack (a distilled alcohol made from the fermented sap of coconut flowers) and King coconut (a sweeter, Sri Lankan coconut variation) and blends them with jaggery (a coarse brown, palm sugar), caramelised pineapple and lime. It’s a cuisine-appropriate drink that appeals in the stuffy, overheated space, impressing more than our fairly bland Crab Cutlets ($16/4) – four round croquettes that have the tiniest hint of crab between them. 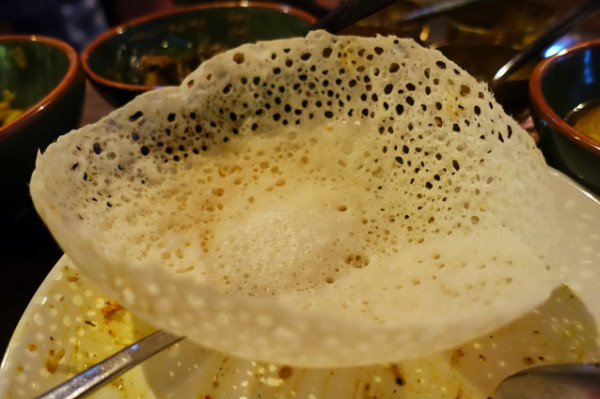 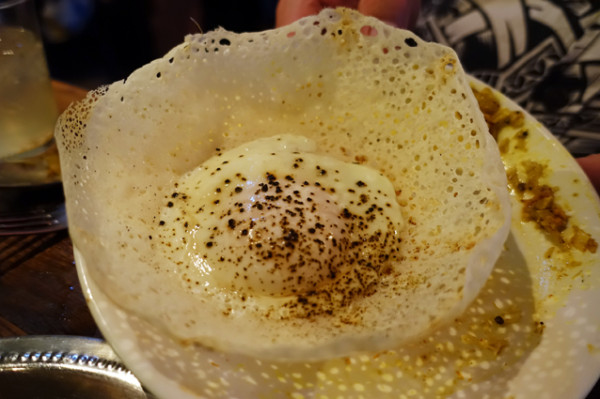 Founder O Tama Carey’s (ex-Berta) menu is based around hoppers, Sri Lanka’s little bowl-shaped, fermented rice flour and coconut milk crepes. Order them Plain ($4/each), as an Egg Hopper ($6/each) where they have a fried egg in the bottom to add more substance to your curry, or as a String Hopper and Kiri Set ($16/6). 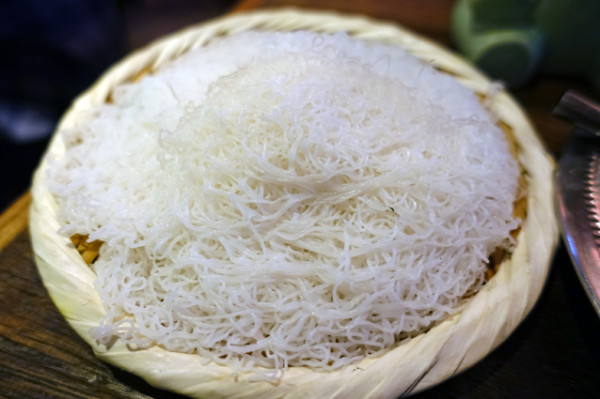 The latter are the more flexible than crisp, looking a bit like pliable fresh noodle cakes. They arrive with a very gentle, saucy curry made with sweated onions and coconut milk. It would be easy to write this off as bland if you neglect to order sambols. 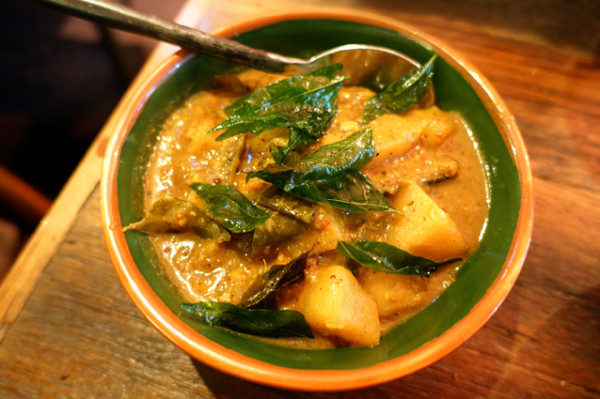 Sri Lankan food is about layering flavour. Start with a couple of curries – we went for a mild, white, turmeric and curry-leaf based Potato Curry ($14) – and spoon them into your crisp hopper. 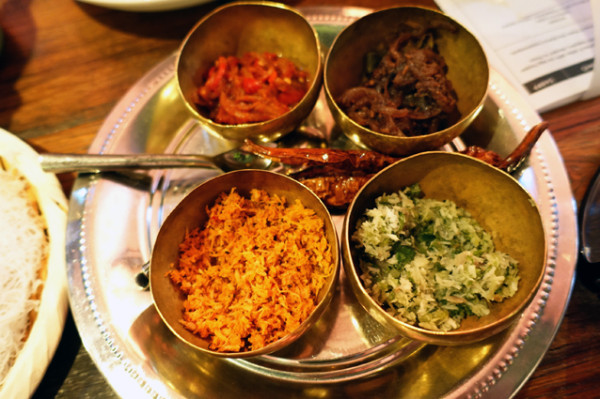 The Sambol Platter ($18) gives you four different sambols to play with. I liked combinations of the fresh coconut sambols – green pol sambol with coconut, ginger and coriander, or the slightly hotter pol sambol made with dried, Maldive fish, dried red chillies and lime – with seeni sambol. Slightly sweeter, the latter is a sticky brown mix of cooked red onions, tamarind, sugar, chilli, cinnamon and cloves.

Tear off bits of your hopper and use them to transfer the combined curries and sambols to your mouth. Hands are a common method of eating in Sri Lanka, though the East Sydney crowd are a bit more cutlery-orientated. Punctuate your forays with bites of the long white chillies – they have an intriguing salty flavour and chewy texture from being whey-soaked and deep-fried. Nothing is particularly spicy in and of itself, though a satisfying overall heat slowly builds on my palate. 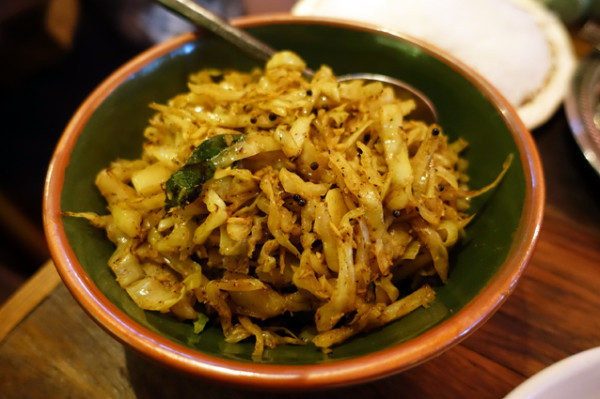 The best thing I put in my mouth was Cabbage Mallung ($10), a really smoky cabbage dish dotted with black mustard seeds and flavoured with turmeric, fresh curry leaves and coconut. It was great by itself, or spooned into your hopper with everything else.