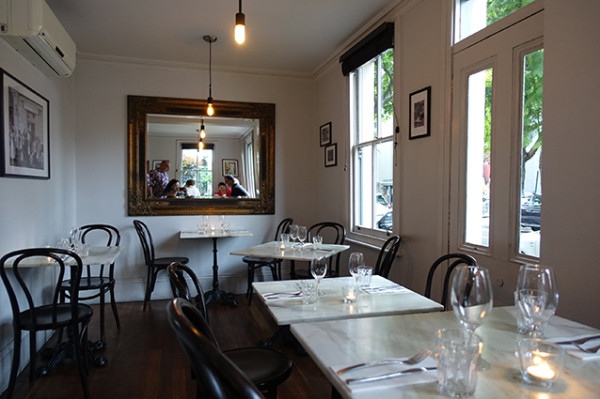 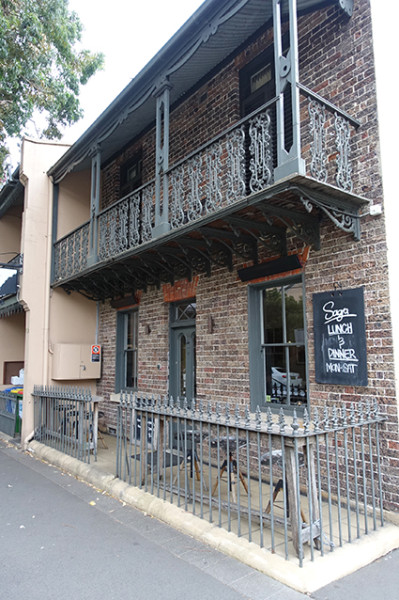 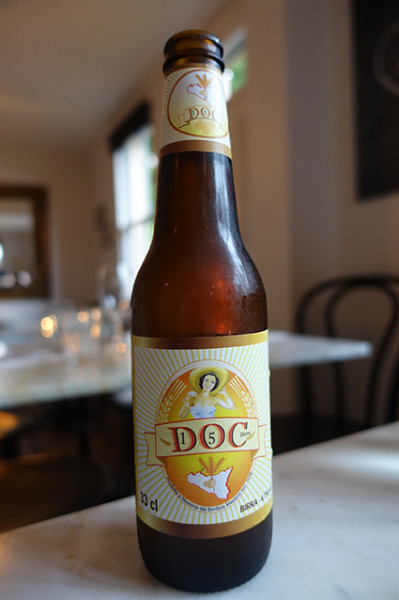 I’ve arrived quite late to the Sagra party. While this restaurant was originally owned and operated by Nigel Ward (Lucio's, Sean's Panaroma) in the ensuring years, it changed ownership and now has Michael Otto and Edward Saxton at the helm. Luckily for me these chefs seem to operate from a similar brief, with a short, Italian menu that changes daily and reflects the best of the season's wares. Over a malty, Birra Messina Lager ($10), I considered the one-page menu, neatly arranged into antipasti, primi (pasta) and secondi (main courses), plus a couple of snacks and sides. 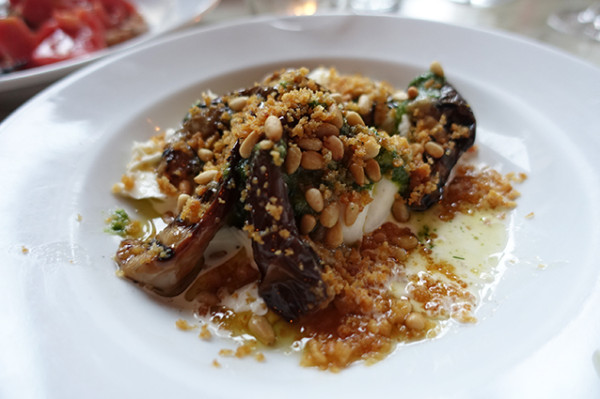 Relying upon staff instructions that two antipasti, two primi and a secondi apiece would be sufficient for our table of four, we kick off with Burrata ($22). Adorned with a generous amount of pine nuts, the soft, milky cheese is teamed with Sicilian eggplant and pesto Genovese for a decadent but gentle opener. 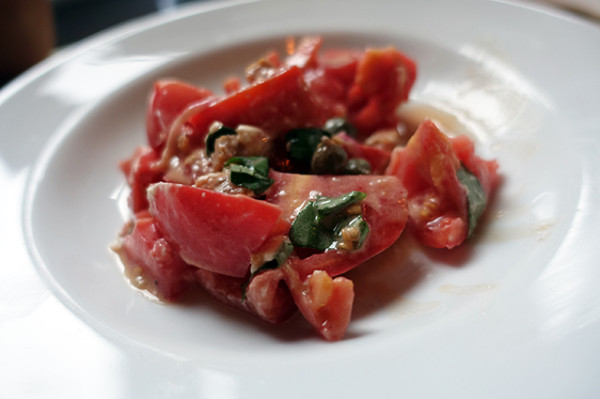 A tiny Tomato Salad ($19) takes oxheart tomatoes and pairs them with goat’s curd and basil for another simple dish highlighting the meaty, red-fleshed tomatoes over plating or complex technique. 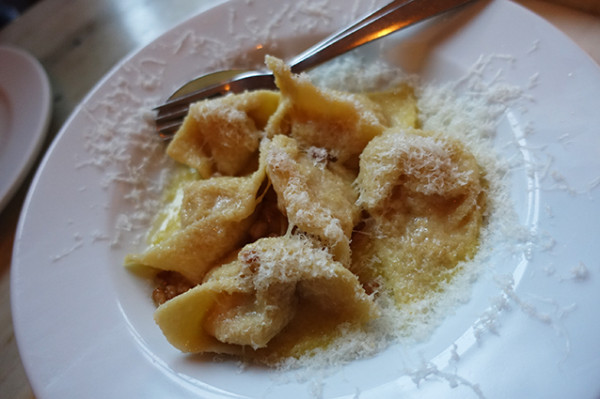 Sweet Corn and Fontina Tortellini ($20) eat more impressively than a carnivore might think; with the corn’s natural sweetness expertly countered by pine nuts and buttery, nutty cheese. My only regret is not fighting my tablemates for a second one, from the seven-strong serve. 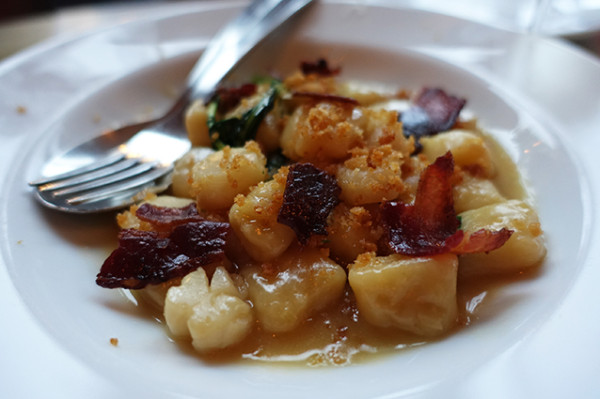 Despite their diminutive size, Gnocchi ($22) kept nice bite in an Italian surf and turf of similarly hued scallops, leek and crisp pancetta. 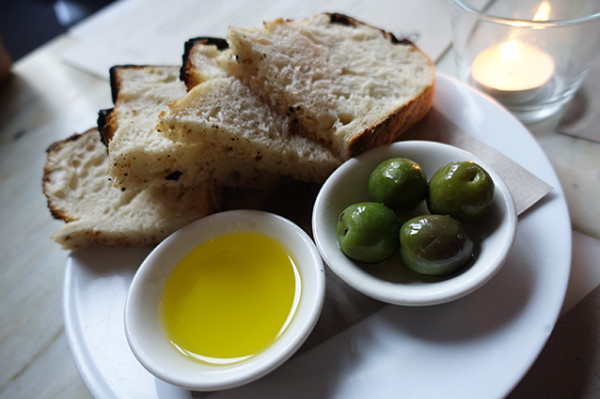 While I preferred the tortellini, this sauce did prompt us to request a second helping of their house-made bread and plump, green Sicilian olives, to mop it up with the soft bread. 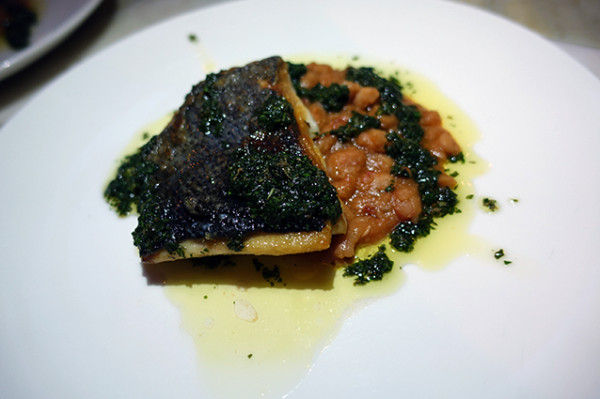 From the four secondi – two fish, one vegetarian, one meat – our table was equally split between Holmbrae Duck Breast ($36) and Blue Eye Trevalla ($38). I give it to the fish – a juicy fillet turned mossy green with salsa verde upon a tasty bed of cannellini beans. My only regret being, it was gone all too quickly. 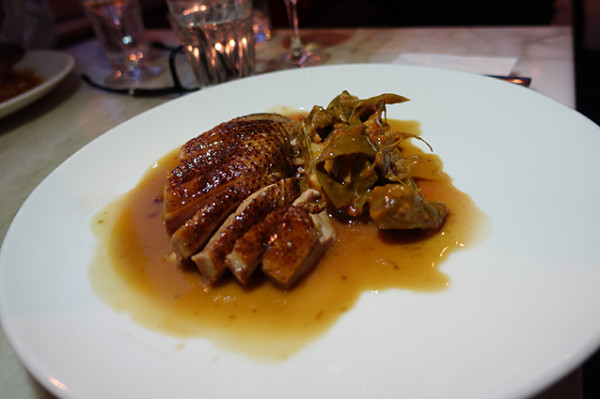 Glistening in a savoury puddle with anchovy and well-handled Roman beans, the skin-on duck breast has a lovely texture. It’s a light enough dish to suit a vino rosato, (rosé) – the biodynamic 2017 Tenuta d’Antona Dionysus ($60) – from the short, all-Italian list.

Sagra has a nice simplicity that would help it slide easily into nights you don’t feel like cooking. I will say though, my regular dining companion left starving, and was snarky at doing so with the comparatively high main price. Better instruction from floor staff could have prevented that from happening - just tell us we need more carbs.