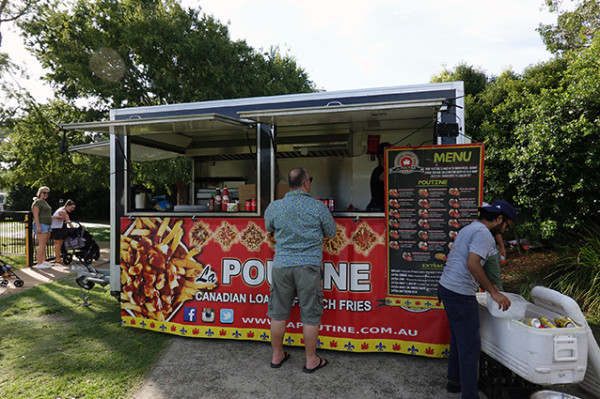 Food trucks have become a big part of Sydney’s dining landscape. While I covered many of them when they first emerged, I haven’t kept abreast of the newcomers, so over the next few months I’m going to slip in some short food truck reviews, starting with La Poutine. This simply furnished van is part of the Aussie NightMarkets brigade, who take their roving night market collective everywhere from the Hawkesbury to Menangle. I visited them in Mona Vale, where they spread a ring of vans and food trucks around The Village Park on the second Friday of each month. 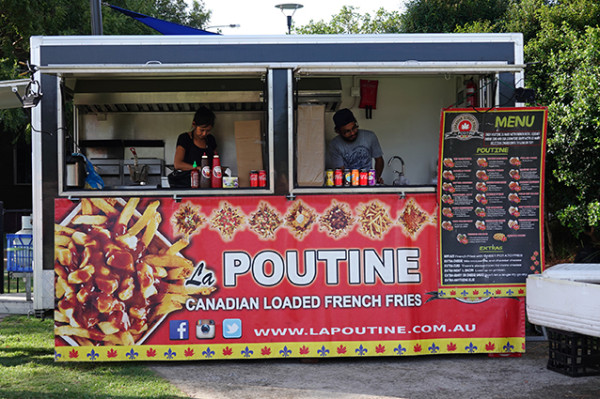 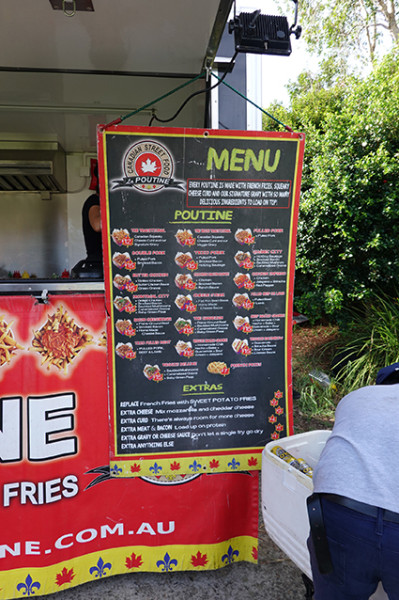 La Poutine is a family business, run by a French family who were inspired by the French-speaking, Quebec origin of poutine. Canada's version of loaded fries are distinctive because they use cheese curds, rather than other types of cheese; so what excited me about this food van was that they actually use actual cheese curds on their poutine. 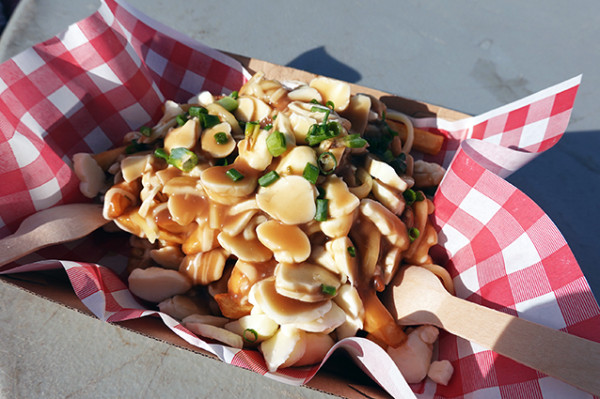 I tried The Traditional ($12) which teams hand cut fries with flowing savoury gravy and a generous helping of cheese curds, plus a smaller amount of mozzarella and Cheddar cheese. Garnished with a handful of fresh shallots, it’s a simple and compelling dish that leaves all the other poutines I’ve tried using non-curd cheeses in the dust. The rest of their short food truck menu builds upon the poutine idea using meats from grilled chicken to prime ground beef to smoked bacon, along with a variety of sauces, but I'd recommend sticking to the Canadian original. It's famous for a reason.