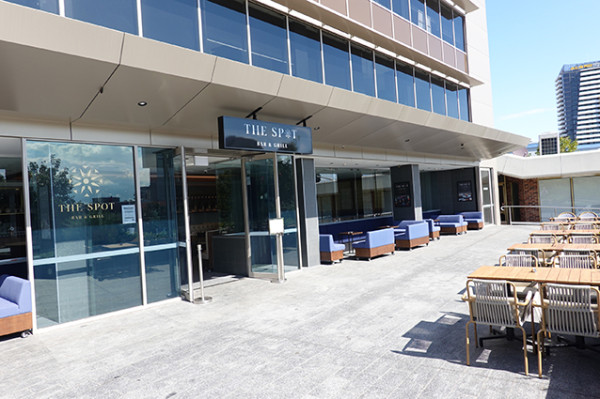 Commensurate with Liverpool becoming Sydney’s third CBD, along with the rapid population growth and impending jobs boom from Western Sydney Airport and the Aerotropolis, Liverpool is on the cusp of seeing an expansion in restaurants and bars. Facilitated by Liverpool City Council rezoning 25 hectares in the city centre with a vibrant, 18-hour economy in mind, some early adopters are already moving in.

The Spot Bar and Grill is a fourth venue for local Liverpool resident, Max Luciano, who began The Spot Group back in 2012 with The Spot Chocolate Bar. Five years later, The Shisha Spot joined his expanding portfolio, and this year Luciano opened Ground Floor Cafe/Restaurant and The Spot Bar & Grill. The two newcomers sit side by side at the base of a medium density residential block, separated from Macquarie Street by a plaza. This gives The Spot Bar and Grill an indoor-outdoor feel, with outside tables plus a row of little cushioned nooks where you can relax and enjoy shisha. 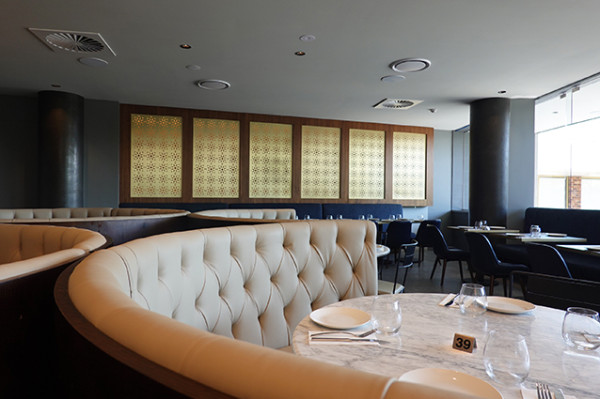 Inside there’s a clean and monumental fit-out dominated by rolling curved beige leather booths set around marble tables. By putting them on wheels, the space is easily transformed to fit a dance floor. 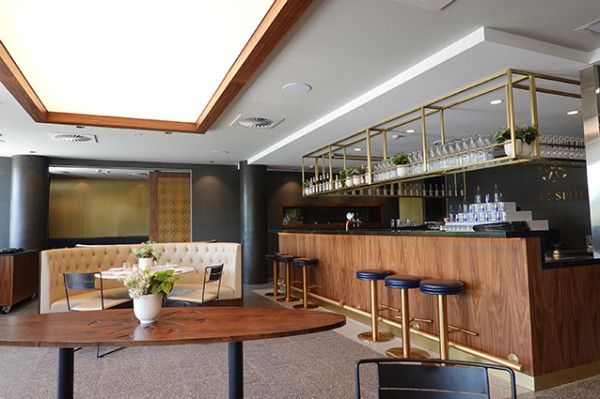 With excellent sound and a DJ booth in one corner, I am sure at night time it will be put to good use. Soft light floods into the room from a large, rectangular skylight. Patterned screens and soft gold accents provide the only decoration, bar from a tempting row of Moët & Chandon Brut Impérial Champagne bottles. I say tempting because NSW Liquor & Gaming are still dragging their heels on the liquor license – four months and counting – creating unnecessary red tape that’s particularly cruel to small businesses who might not have the deep pockets to wait for four months to sell booze after signing a lease. 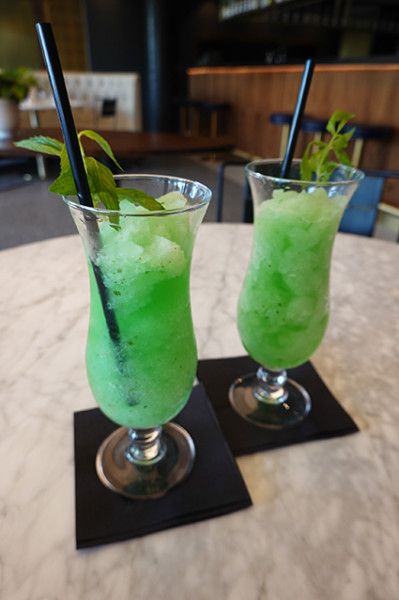 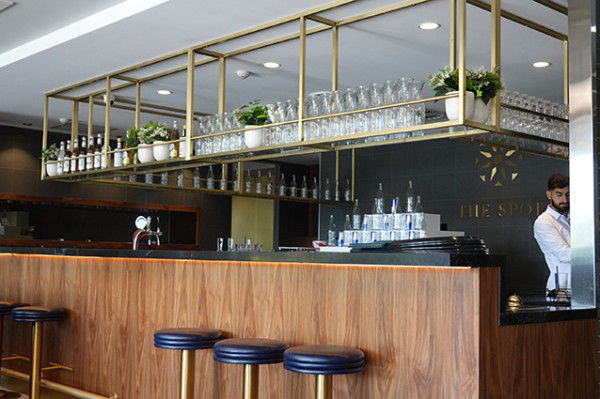 If the lockout laws were genuinely designed around decentralising bars from our entertainment district, it makes sense to encourage and facilitate the establishment and success of venues like this one in our city’s third CBD. So it comes to be that I’m drinking a fairly bland Lemon & Mint ($9) frozen mocktail with my lunch when really I’d prefer wine. 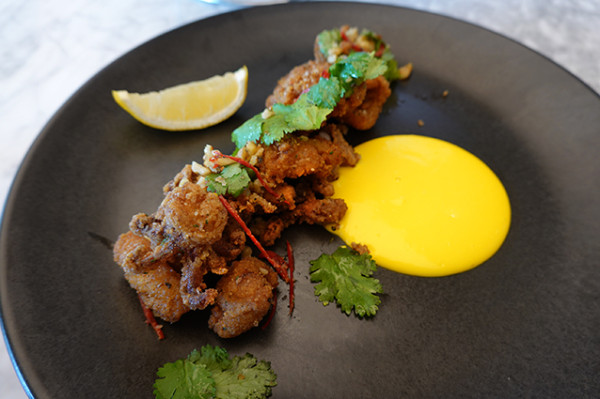 With the advertising promising a Middle Eastern inspired modern contemporary menu, I’m a bit surprised to see bruschetta, arancini and salmon sashimi. Missing the obvious share-plates that would suit the bigger groups the large tables suggest, the menu is arranged into a short list of entrees and mains. Tapioca Calamari ($19.90) has an eye-catching golden puddle of saffron aioli, but is overcooked. The squid is tender through pineapple marination, but spending too long in the deep fryer has destroyed the flavour of the exterior lemon pepper and tapioca spice mix, meaning we have to drown it in the earthy, saffron aioli. 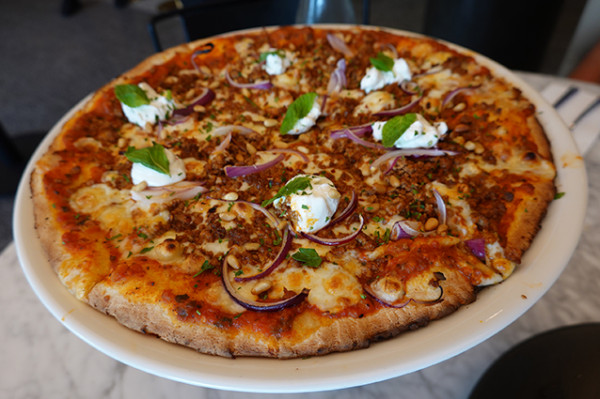 Skipping over non-thematic pappardelle and lamb shank gnocchi, I head to the Lamb Pizza ($25), which seems to better follow the menu brief with spiced lamb mince, labneh, harissa and mint. The base lacks the lightness of touch I’d hope for from Lebanese-inspired pizza, and is dominated by tomato without much evidence of the promised harissa twist. 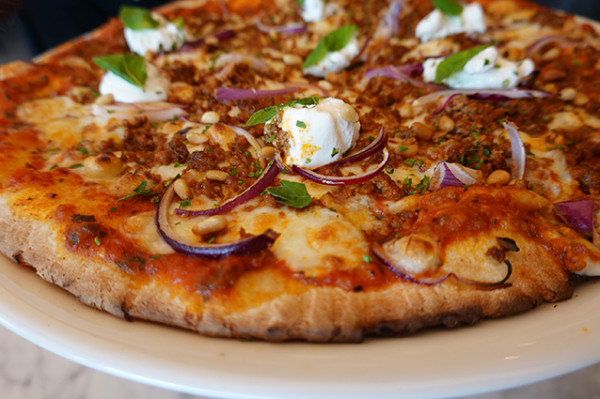 I can’t say I like it, but it is early days, and Liverpool needs the Sunday sessions that will emerge once NSW Liquor and Gaming does their bit. I’m hoping The Spot Bar & Grill will slide into the hole left by venues like Byblos and Banta Room from Oxford Street’s heyday, and deliver Liverpool residents a reason to take a cheap Uber to eat, drink and party in their own CBD.