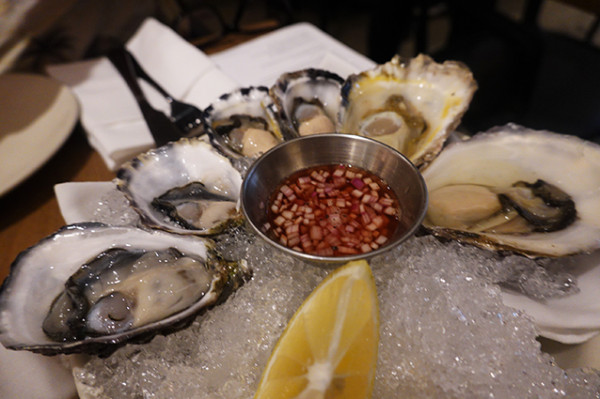 A recent meal at Moxhe stoked my love of oysters, which tend to fall out of favour for me during their summer spawning period. I usually renew my love affair with these briny sea creatures in April or May, and 2019 proved no exception to the rule. Saint Peter, my go-to spot for a fancy seafood fix, offered up nine different oysters on the night I visited. What’s even better: here the menu contained three-word flavour profiles for each type of oyster. We ordered a pair of each to put them to the test; and they arrived quickly, freshly shucked, on two separate, ice-filled trays. 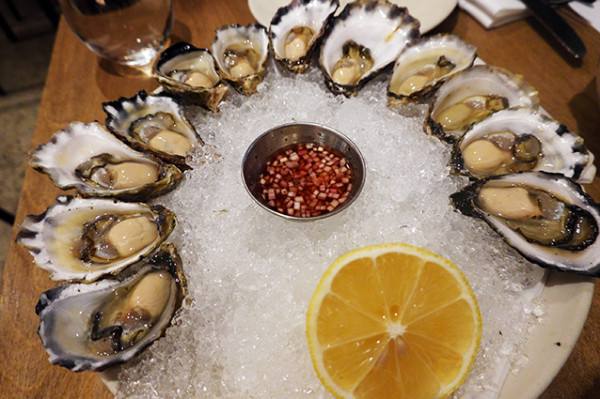 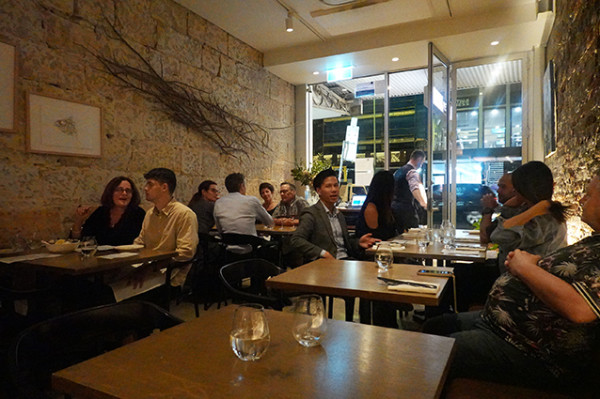 South Australian Smoky Bay Pacific Oysters ($6.50/each) are like being smacked in the face with a wave – sea salt, sea weed and minerals; while Tathra Rock Oysters ($6/each) from NSW’s South Coast, are aged for four years which gives them a good, subtle complexity you’ll want to savour. Best oyster on the plate goes (once again) to Wapengo Rock ($5/each). There’s something vegetal and green (the menu says, cucumber), salty and creamy about these bivalves that just appeals to my palate. 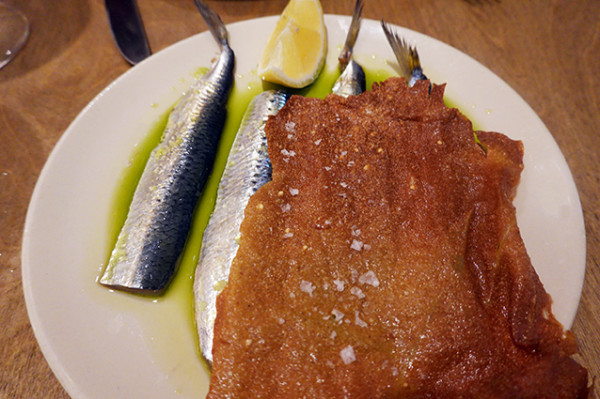 Oily fish like sardines, are some of the best sources of omega-3 fatty acids, but so few of us seem to eat them. 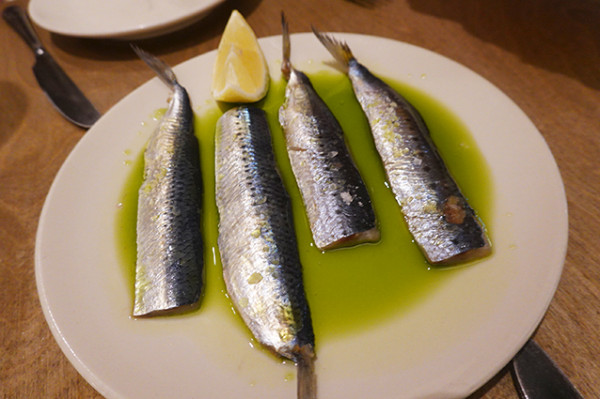 Josh Niland’s hand filleted Yamba Sardines ($18) served in a green pool of fig leaf oil, should help you get over whatever childhood memory stops you from ordering these glistening silver fishes. 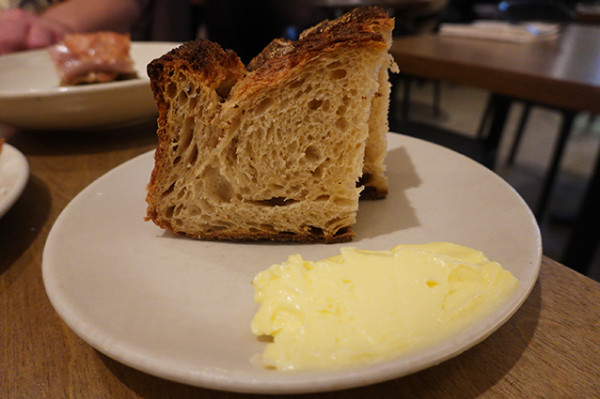 Eat them with a squeeze of lemon, and the accompanying delicate, salt-crusted crisp, or get the kitchen to send you out some crusty bread. 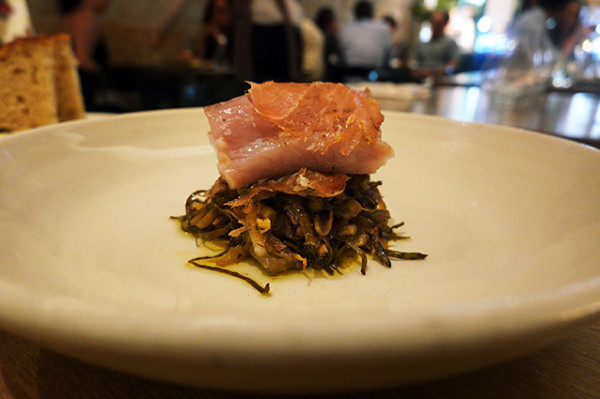 Bound with rich Mooloolaba tuna belly ham, a log of Swansea Bonito ($24) is perched upon a tangy tangle of barbequed fennel, green olive and kelp. 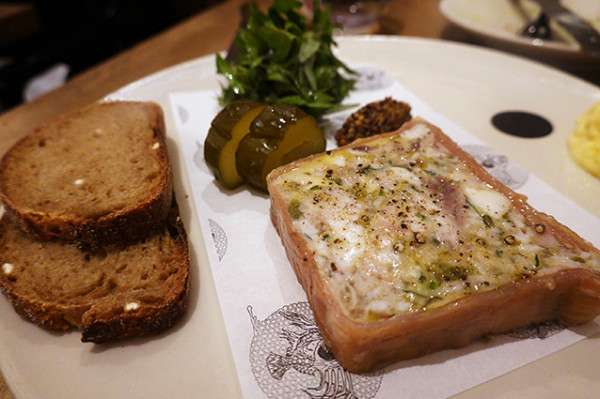 Albury Snapper ($20) is turned into a glistening slab of snapper head terrine, its intensity moderated by brown bread, pickles, parsley leaves and a grainy VB mustard that I like very much. 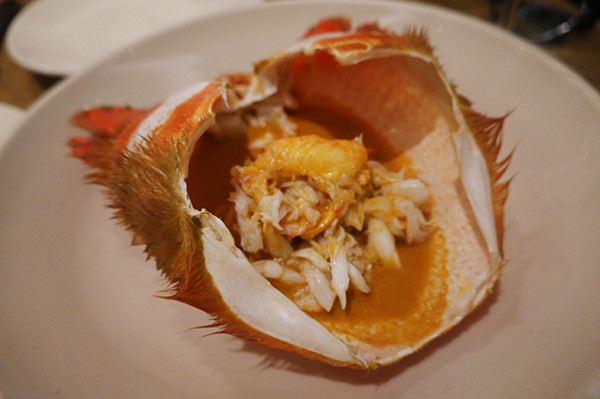 All the work is done for you with the Ballina Spanner Crab ($32), with hand-picked crab meat and coral presented inside the fuzzy-edged shell that conjures up Jim Davis’ fictional cat, Garfield. 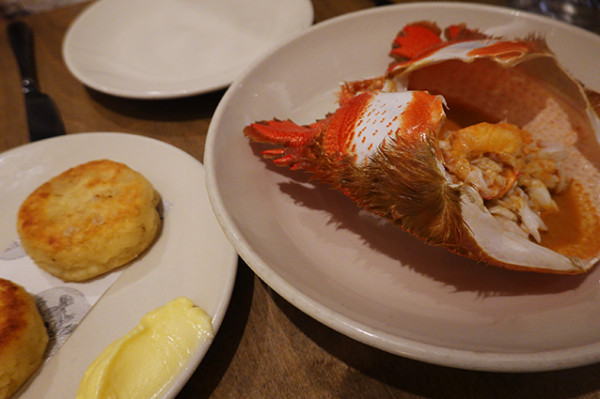 Smear it on a buttered puftaloon (fried scone) for one of those food moments that’ll make you wish you were enjoying in private, so you could actually moan out loud. 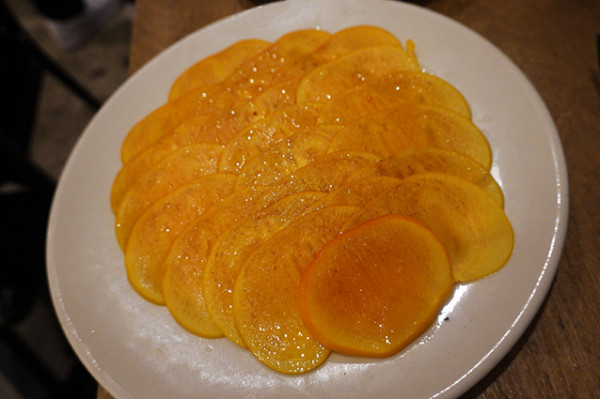 At the moment, persimmons are everywhere. Niland puts them to good effect in a thinly sliced Persimmon Salad ($12) made tangy with Artificer coffee vinegar and creamy with Kris Lloyd’s buffalo curd. We used it as a salve after the super-hot Albany bar cod offal XO sauce underlies a mound of barbequed Coffs Harbour Octopus and Port Albert Calamari ($26). 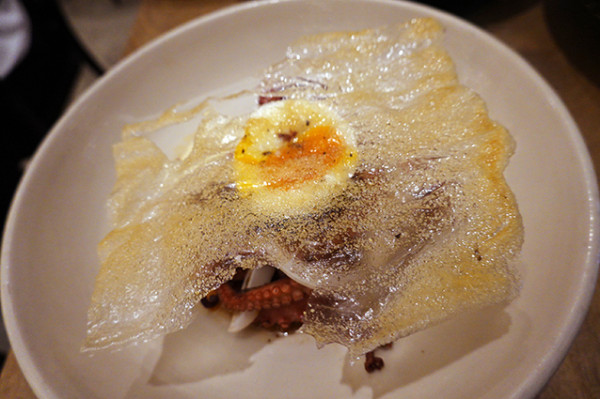 It’s an eye-catching presentation, with a soft-boiled egg sitting under a delicate potato wafer; but pushes the chilli limits too far for me (even as a confirmed lover of spicy heat). 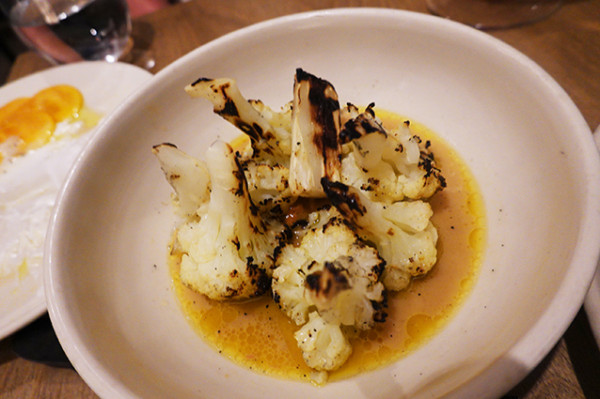 Harissa is also so far out of balance in the BBQ Cauliflower ($14) it can’t be saved by the tangy, condensed buttermilk. 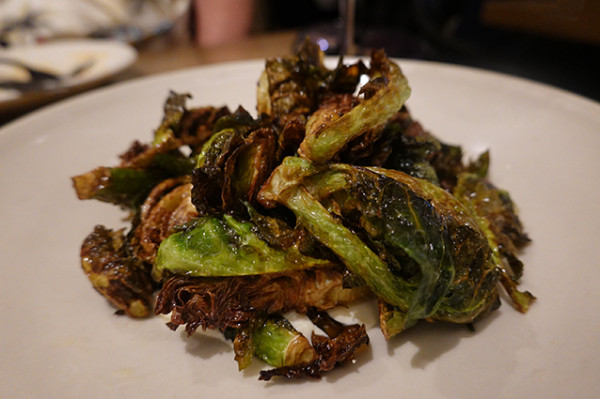 We wrap up our meal comprised solely of entrees with a bowl of fried Brussels Sprouts ($14), which make compelling eating when dragged through the Albany bass grouper taramasalata sitting at their base. It's a fitting end to a meal that feels, especially from the warmth of Saint Peter's talented front of house team, like catching up with an old friend.


NOTE: You can read my initial review of Saint Peter back HERE and a brunch review HERE.