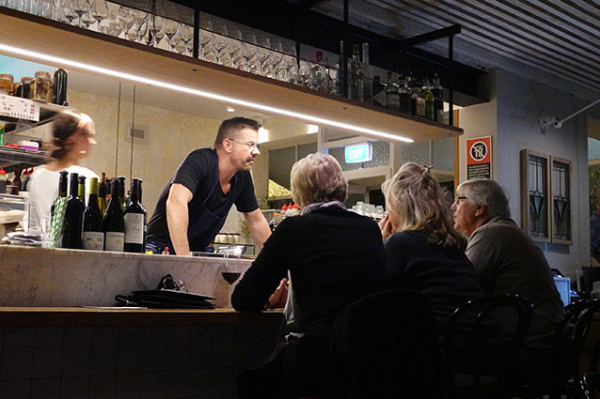 Leaning down from his open kitchen, chef Simon Sandall looks relaxed and happy as he chats to regulars sitting at the bar. Sandall was the quiet achiever behind celebrity chef Matt Moran for seventeen years. He began as head chef of the flagship restaurant, Aria, and ending his innings as group chef of Moran’s restaurant group, MorSul (which has now merged with Solotel). As you might imagine, for a man who catered the Sydney Opera House’s New Year’s Eve party with more than a thousand guests, a suburban 72-seater is a walk in the park. 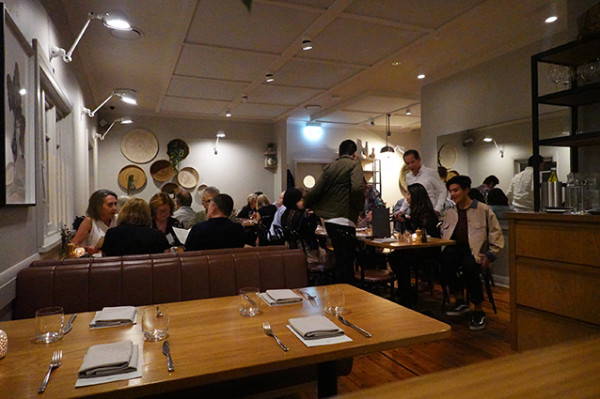 A walk in Boronia Park, to be precise, located in the leafy green suburb of Hunters Hill. You’ll find Sandall's restaurant, Boronia Kitchen, across the road from Boronia Park Public School, which his kids attended. It was through being a local resident that Sandall was able to watch his local Italian, Il Bolognese, wind down, and step into the breach when the owners finally called quits. 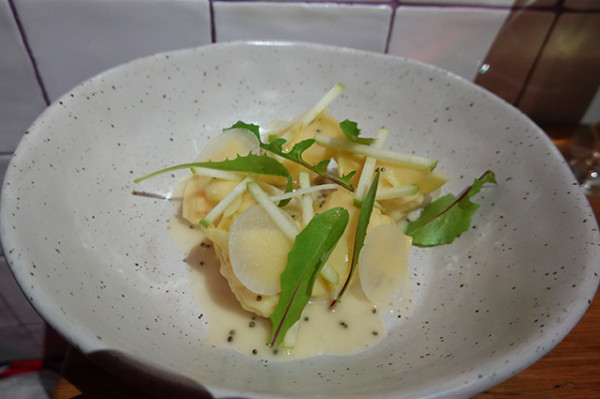 The red and green neon has given way to simple white; and spaghetti bolognese has been turfed in favour of a delicate quintet of Scallop Tortelli ($26). With ephemeral skins, the tortelli are so light they seem to hover in your mouth on a cloud of fragrant yuzu. It gives way to a burst of scallop when you sink in your teeth, with apple matchsticks and thinly-sliced pickled daikon adding texture and keeping the plate from being too ‘lemon butter’ cloying. 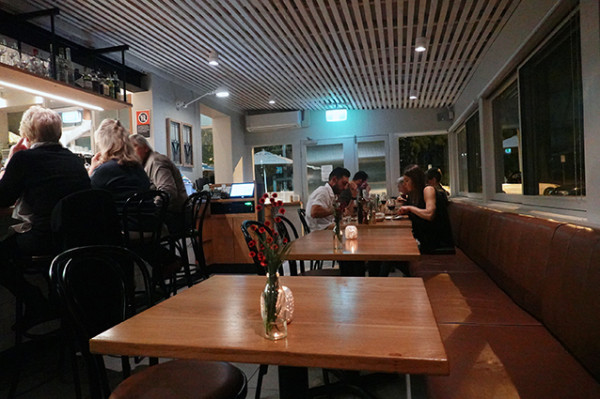 We’re tucked on a tan leather banquette – another new addition to the space - in the second, nearly full, sitting, on a Saturday night. Nobody in the kitchen is even breaking a sweat. Floor staff are plentiful and friendly, as you’d want from a neighbourhood, all-day eatery. We’re cleverly down-sold to an interesting 2016 San Marzano ‘Estella’ Fiano ($48/bottle). It’s textural with some funk in the trunk. 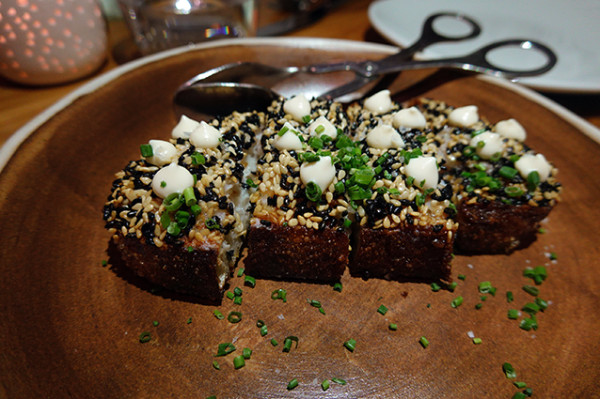 By also purchasing the quirky brick fortress next door, Sandall has the space to include an impressive wine cellar list. The building also houses the commercial kitchen for the catering arm of his own empire, and the offices for his restaurant consultancy business, as well as a kitchen garden and 21-space car park in the rear. With all that experience, you didn’t think Sandall would be content just running a simple, suburban eatery, now did you? Consider his prowess over a sesame-seed crusted slab of sourdough stuffed with light, sweet prawn mousse and dotted with yuzu mayo. that he’s casually dubbed Prawn Toast ($22). It cleans up the funk in our Fiano, leaving behind pretty lemon and minerality. 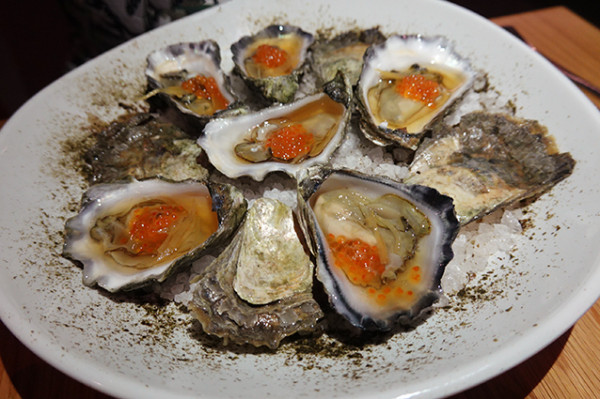 This paves the way for Merimbula Rock Oysters ($24/6). Presented under glistening orange pearls of roe softened by an almost Asian ginger marmalade, you get a hint of briny oyster that may be too narrow for oyster purists. 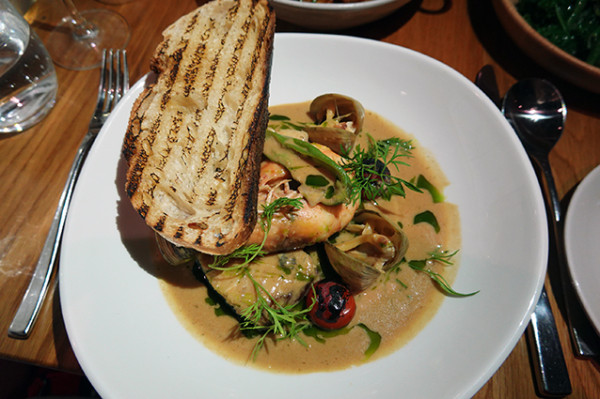 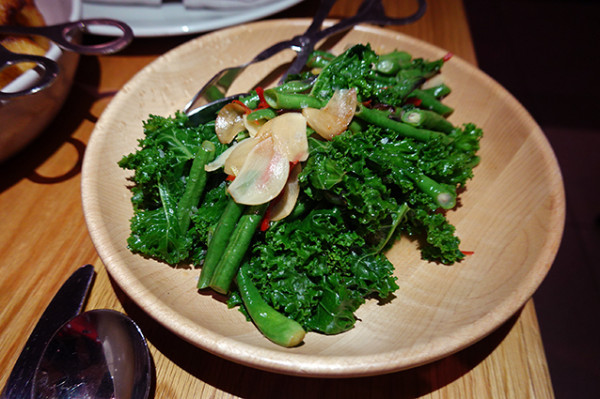 Snake Beans and Kale ($9) is a bit too healthy/worthy, and not quite lively-chilli, enough for me. 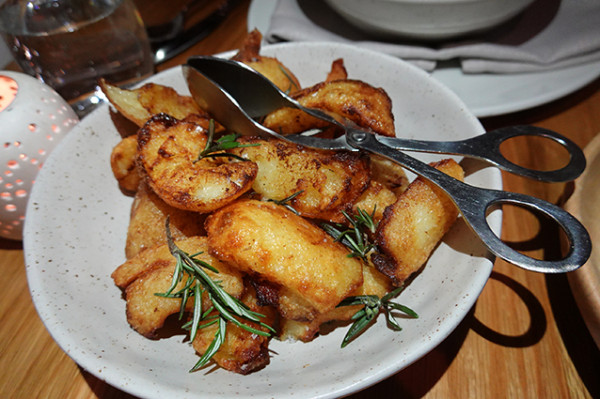 Replace them with Duck Fat Potatoes ($10); while your cardiologist might not appreciate the switch, your palate certainly will. Boiled then roasted in duck fat before being fried, these crisp, fluffy-centred, rosemary-enhanced spuds are the best potatoes I’ve eaten in quite some time. 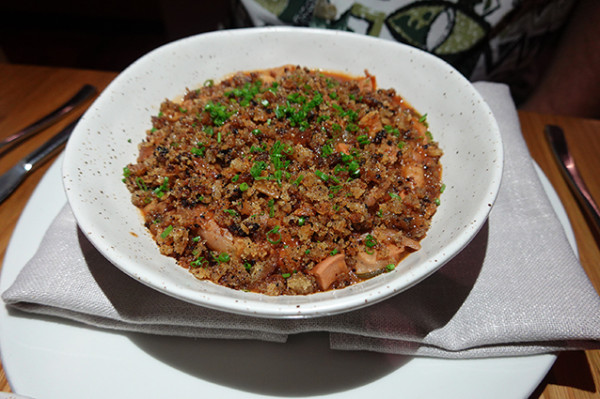 For our final dish, we're cleverly steered onto the 2018 Ochota Barrels ‘She’s Lost Control’ Fragola ($82/bottle). If you’ve always wanted to be a red wine drinker, but never quite made the jump from rosé, this is the drop for you. It’s like a short, sharp raspberry juice, that’s quite refreshing, with a deceptive salty lick that’s brought up when you consume it with Duck Cassoulet ($36). Sandall makes this usually intense dish is made every-day accessible with diced mortadella and de-boned confit duck. It's tomato-rich, making it eat almost like a thick minestrone soup under a crisp breadcrumb crust, freshened up with chopped parsley. It made me wish that winter was already here.

It's certainly easy to see why Hunters Hill locals are all telling their Eastern Suburbs friends: ‘we’ve got a restaurant now’.