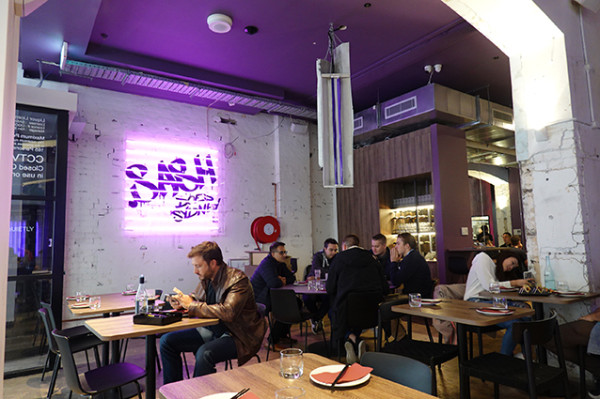 With Sydney’s Liberal Premier Gladys Berejiklian still frowning upon late night good times, pre-loading is the only way to get any mileage out of your night. Kick off with cocktails and a pre-club feed at Sash. This Melbourne export recently opened up a branch on Wentworth Avenue in Surry Hills. 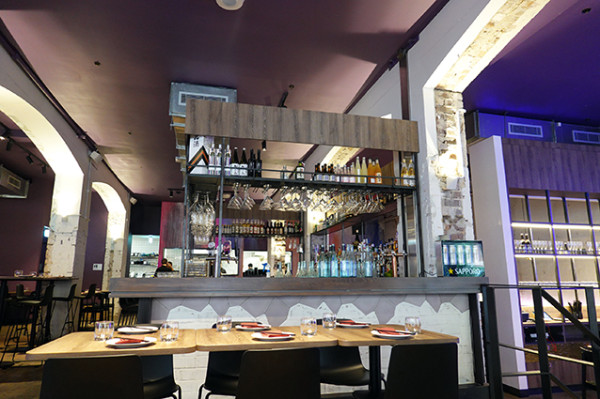 The former motorbike shop – actually where I bought my first Suzuki GN250 – has been given a Melissa Collison make-over. While the concrete walls and floors remain, the utilitarian warehouse-style space has been brightened up with pink and purple neon. 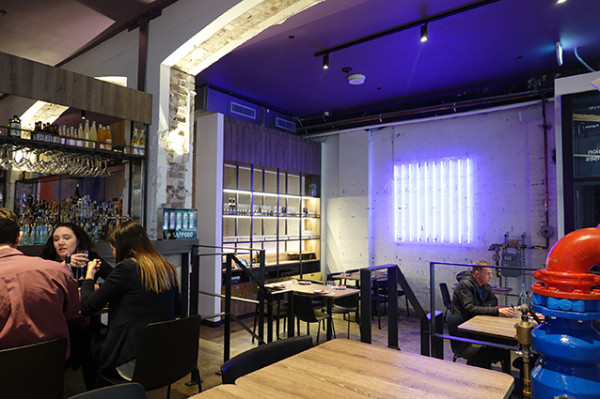 The end effect is quite similar to fellow Melbournian, Chin Chin, which you’ll find just a few doors up the road. 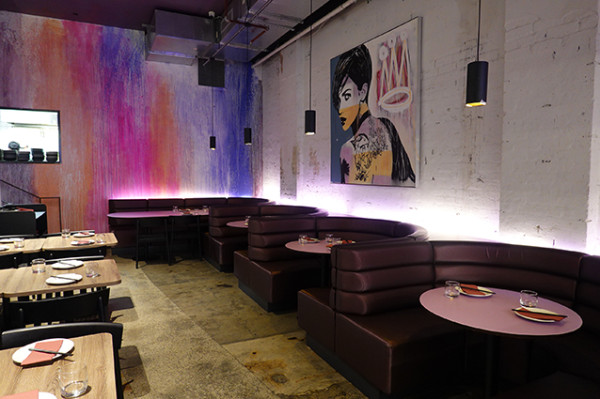 The pink and purple colour scheme is continued into drippy watercolour art by Shannon Creese that frames portals into the kitchen. 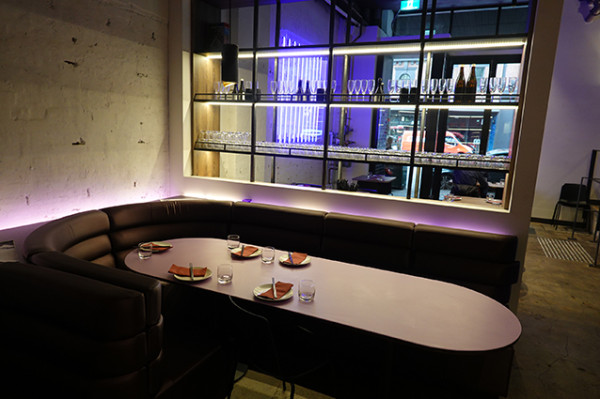 It continues down into the lower split-level of the 160-seater space, where you'll find comfy curved leather booths to kick back in and enjoy great tunes and cocktails. Continuing the Chin Chin connection, the cocktail list was designed by a former staffer - Head Mixologist, Kyle Rose. 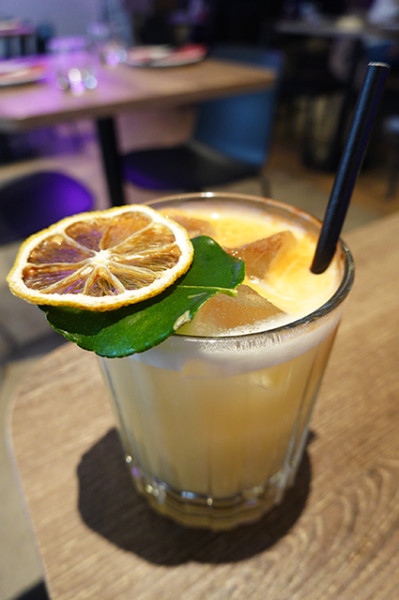 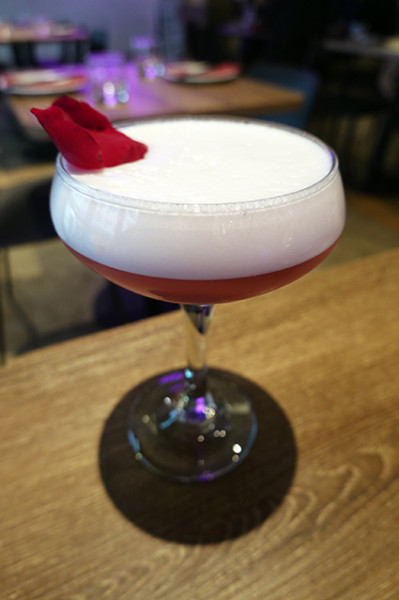 Yuzu Tears ($22) is a well-presented whisky cocktail that doesn’t let down those who like to taste the spirit in a blend of yuzu, agave and lemon juice. Topped with a fluffy egg-white floater, the Geisha Girl ($19) is a less boozy affair, combining cranberry juice, plum wine, yuzu, lemon and sake into a pretty drink that made my more sweetly-inclined gal pal happy. 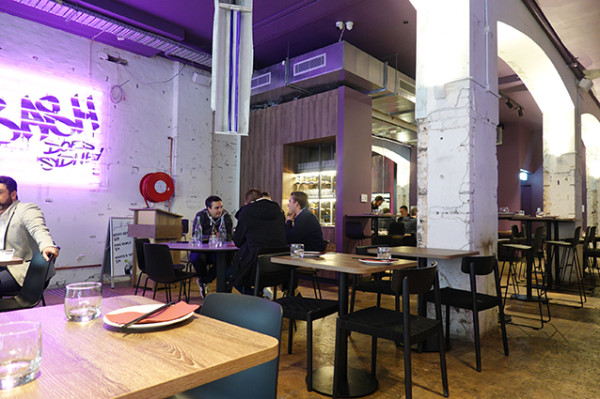 Besties, David Nelson and Kyle Stagoll, the guys behind Sash, were inspired by a New York restaurant in the meatpacking district called Catch, who fused Japanese-inspired flavours with popular American dishes. Their resulting restaurants are most famous for their sashimi pizzas. 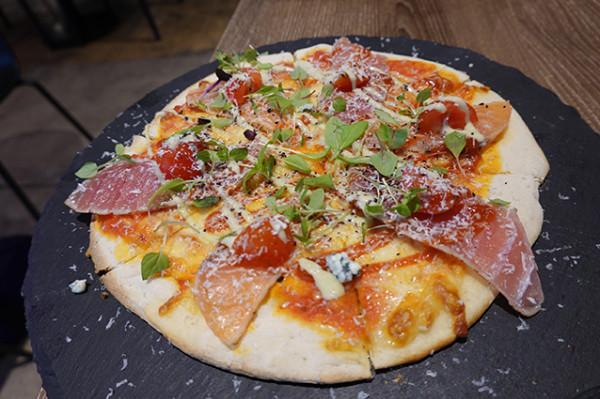 Smeared with sriracha, the Blue Cheese Sashimi Pizza's ($26) firm nine-inch base has a chaotic topping of seared tuna, salmon, blue cheese and cherry tomatoes. It’s lashed with wasabi mayo, dusted with mozzarella and topped with micro-herbs. It doesn't work as pizza or as sashimi, but as some sort of weird hybrid it eats okay. 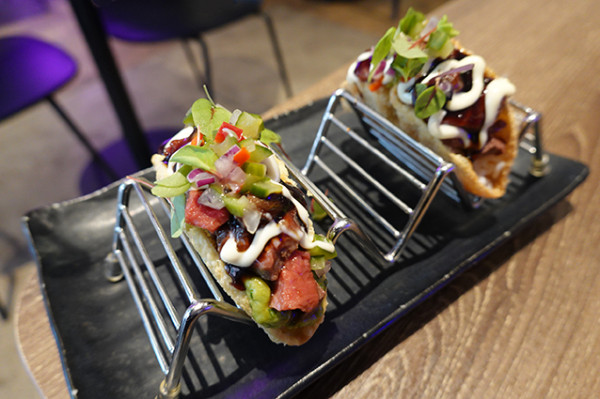 I’m more impressed by the Wagyu Truffle Tacos ($9/each) that take graded wagyu beef, lightly grill it then sit it inside the shell on sushi rice with truffle yakiniku, truffle aioli and a generous tomato and jalapeno salsa topper. It looks like it’s going to be a messy disaster, but the gyoza skin-shell tacos are surprisingly hardy, holding up well across a three-bite consumption. 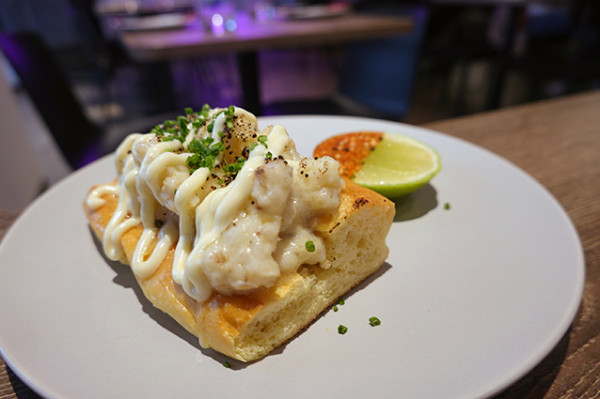 The petite Lobster Mac’n’Cheese Dog ($18) is everything I hoped it would be. Merging lobster tail with macaroni cheese, torched Parmesan and truffle oil into a super-soft brioche bun, it is the kind of late-night kitchen genius that's guaranteed to eat well as you work your way towards tomorrow’s hangover. Rooky mistake: only ordering one to share. 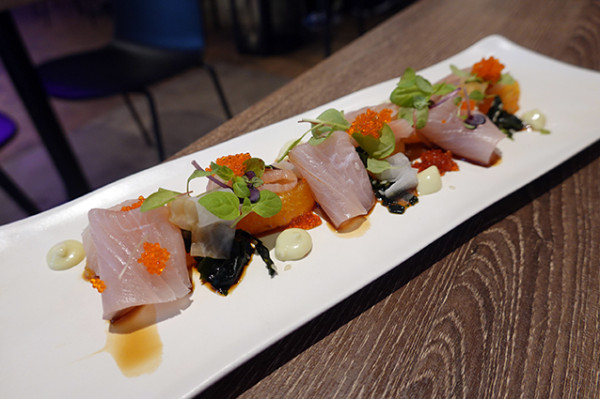 From the raw bar, Kingfish Sashimi ($21), is served with a colourful and chaotic blend of Japanese and non-Japanese flavours. There’s pickled daikon radish, wakame seaweed salad, tobiko (flying fish roe), juicy orange segments, yuzu ponzu, fresh herbs and pale green dabs of wasabi crème. While you don’t get a lot of flavour from the kingfish against such a cacophony of flavours, it’s a fun dish to clink chopsticks over with a date. 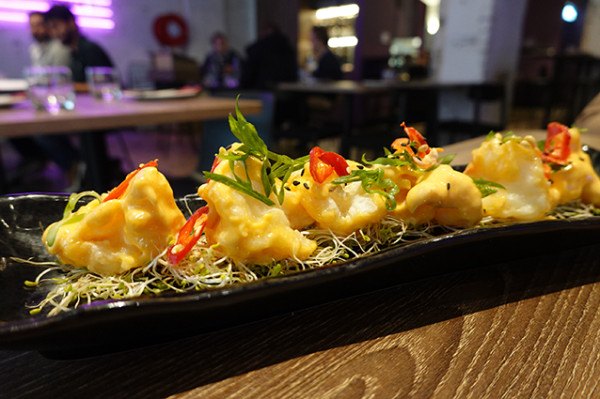 On the waiter’s recommendation, we filled out the corners with something fried (portions are on the small side). Slathered in spicy mayo, the Ebi Mayo Crispy Prawns ($18) were actually the tastiest thing we tried. The compelling row of fried tiger prawns encased in batter, alfalfa sprouts, genuinely spicy mayo. and slices of red chilli, enlivened our palates and saw us leave on high. 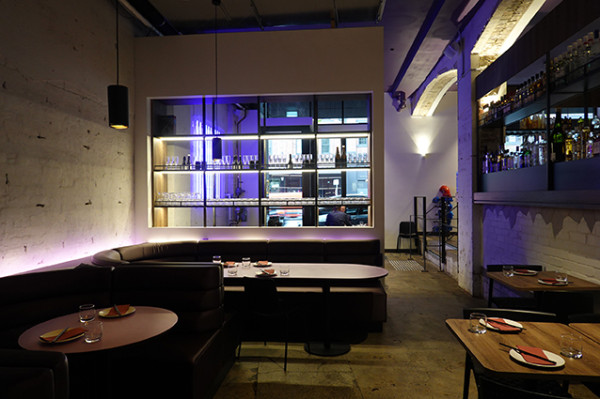 Bookings at Sash will obviously be essential to snaffle a coveted booth seat, particularly on weekend nights.