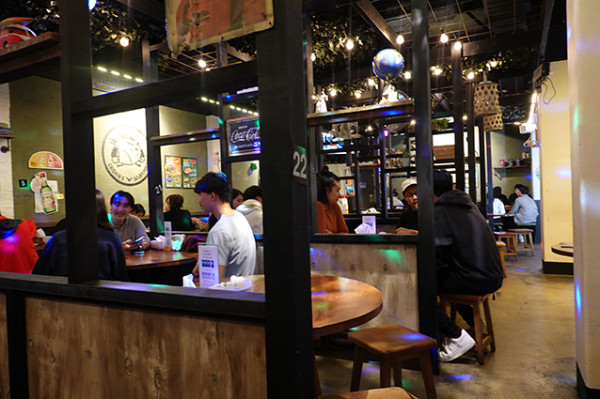 Chimaek is a Korean term for fried chicken (chikin) and beer (maekju). It’s the kind of pairing that makes you yearn for days when Sydney had a thriving late-night scene and you could pull up at a spot like Chicken V for a post-club feed. These days all their flashing nightclub lights and spinning mirrorballs only serve to remind me of what we’ve lost. I’m also dining a lot earlier in the evening... 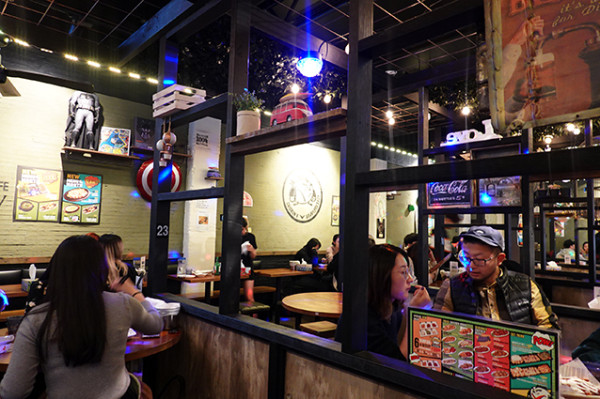 The room is full of under 30s arranged on little stools around low wooden tables. The soundtrack is upbeat minimal hip hop. The items on every table are beer and fried chook. 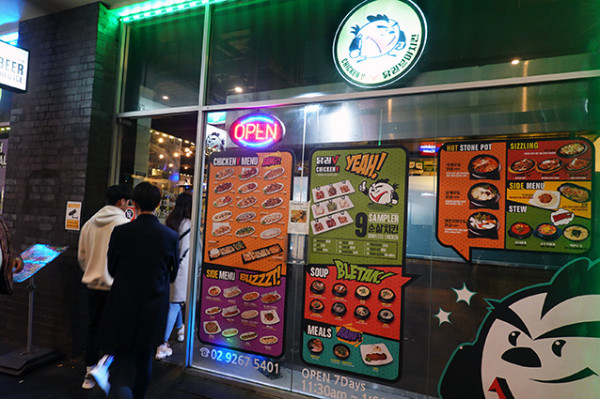 We’re lured in by the 9 Boneless Chicken Sampler ($39) that’s presented on the brightly coloured double-sided menu card and duplicated on the outside of the restaurant’s street facing windows. 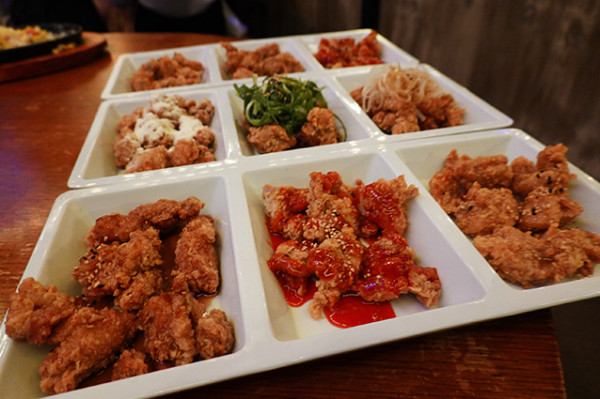 It’s a chance to try a small portion of nine different types of their fried chicken, kicking off with traditional, that’s slightly heavy on the batter, but tasty enough. 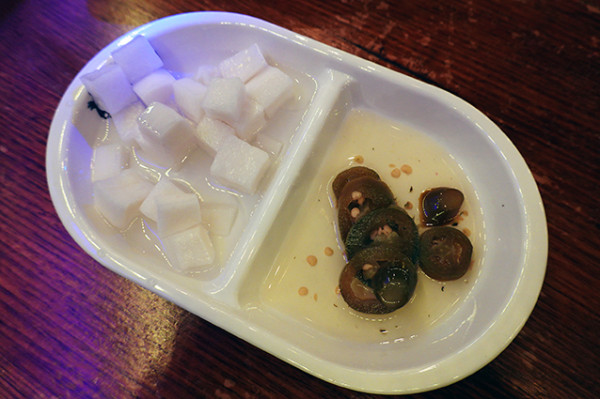 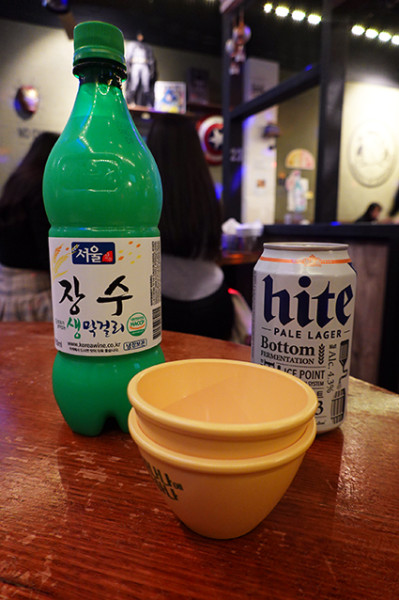 Punctuating our path through the nine gates of fried chook with pickled daikon and jalapenos, we weren’t as fussed on Chicken V's honey butter and cheese snowflake. 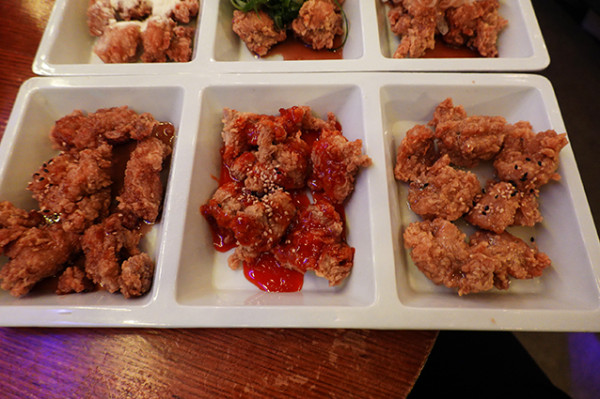 While crazy hot did pack some punch, it wasn’t the best tasting gochujang I’ve encountered, lacking in savoury middle. 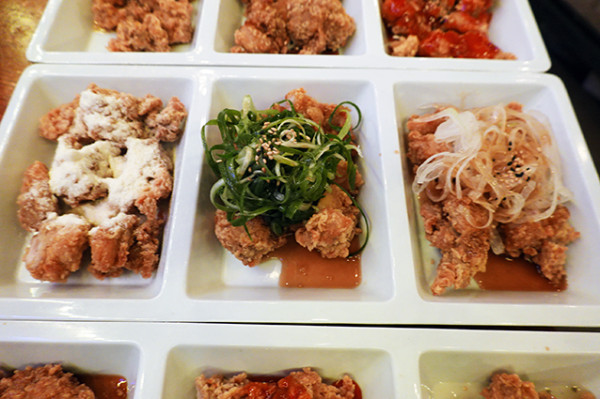 Both the onion and shallot topped chicken were good, with the thinly sliced vegetables breaking up the intensity of eating so much fried chicken. My two favourites here proved to be soy (because it was very savoury) and the gentle yellow curry, which almost felt Dutch in origin. Both went very well with Hite Beer ($5) and a bottle of Korean rice wine, Makgeolli ($12), which is big enough to share. 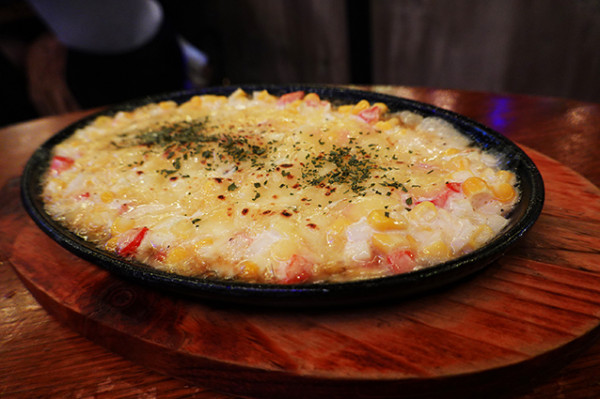 To up the vegetable quotient of your meal Corn Cheese ($18) here is good, if a bit pricy. 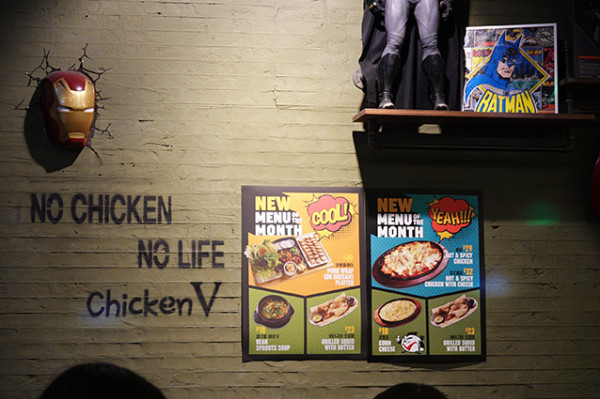 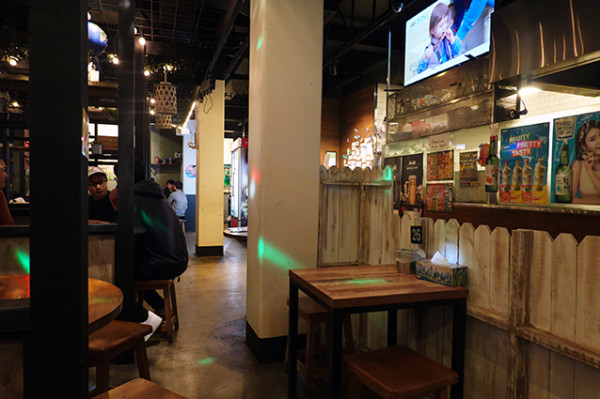 It’s a skillet of finely diced red capsicum, white onion and corn kernels in a cheesy sauce, covered with melted cheese. The vegetables are kept with some crunch, and it’s great to enjoy with chicken! 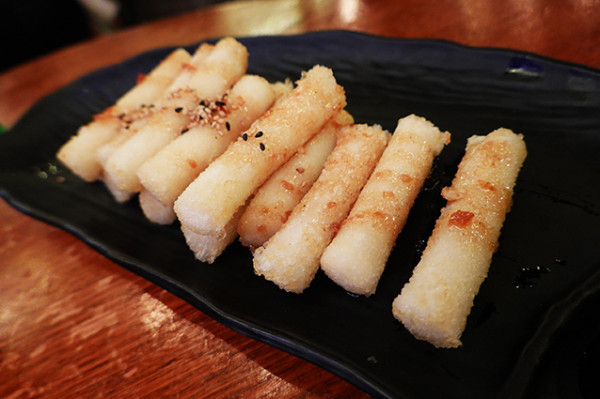 Fried Rice Cakes ($12) have nice rough outsides that makes the sauce stick, though I reckon the saucing could have been more exciting than plain old sweet chilli sauce. Regardless they make nice chewy drinking snacks, particularly if you’re keen to use Chicken V as a nightclub replacement and stick around for booze, tunes and Gladys Berejiklian’s idea of acceptable good times. 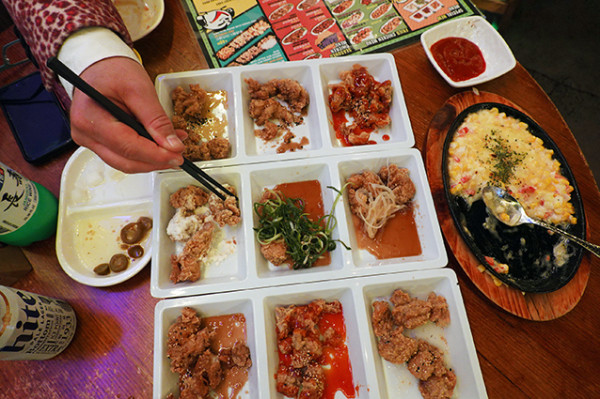