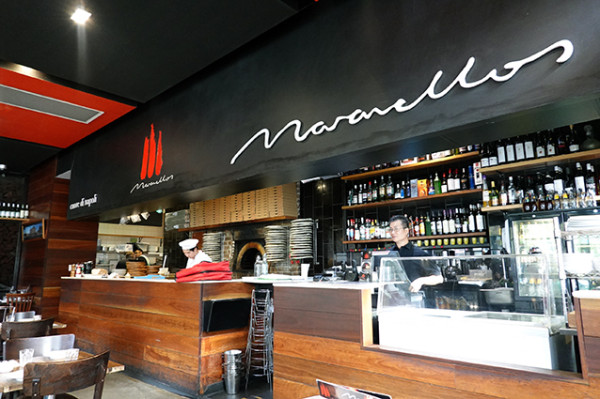 Maranellos Woodfire Pizza Restaurant and Bar forms the southern headland of a bay of casual restaurants that guard the entrance to Pacific Square. With more than nine years of serving Maroubra locals up their sleeves, and an extensive menu that’s never changed, it’s a reliable spot for a family feed; either before, or after, you take care of the weekly shop. 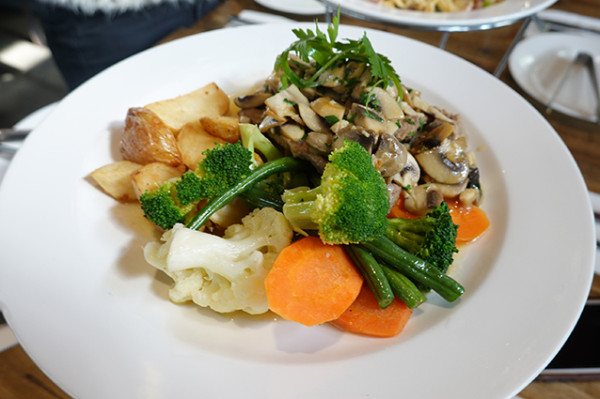 The Maranellos team have kept the ever-tightening family budget firmly in mind too, with a three-tiered lunch specials menu that saw us eating Vitello Funghi ($14.50) for less than fifteen bucks. The tender pan-fried veal was cooked in white wine with garlic, button mushrooms and parsley. It was served with a generous and diverse amount of vegetables, including golden roast spuds. 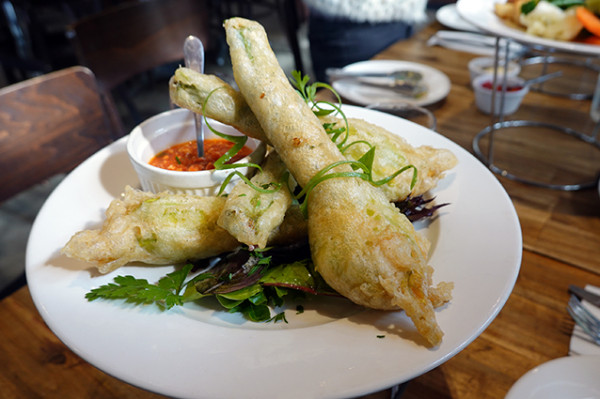 Fiori Di Zucca Ripieni ($18.90) – a dish you might know better as battered and fried zucchini flowers stuffed with cheese – were crisp but the filling felt a bit on the bland side. Though that was before I dragged them through the accompanying romesco sauce, which perked them up a bit. 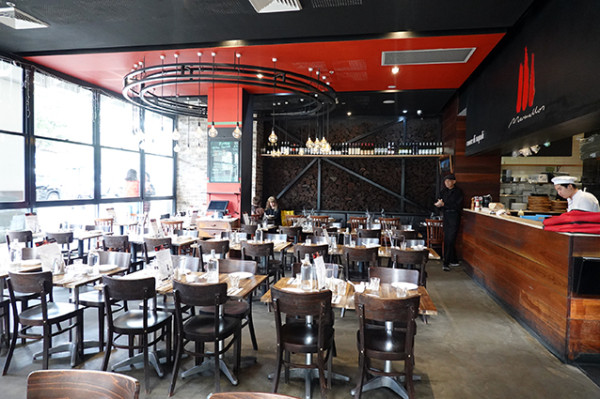 With red pizza carriers on the counter, and a busy pizza chef turning out takeaway orders, pizza is obviously a mainstay for the business. 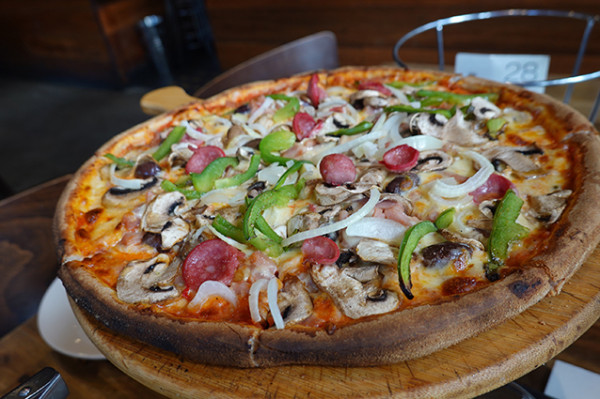 From the list of traditional pizzas, Supreme ($23.90/large) proved pretty standard with mushrooms, green capsicum, onions, olives, ham and cabanossi. The bases are thin and reasonably tasty, but I don't get any tell-tale wood smoke flavour. 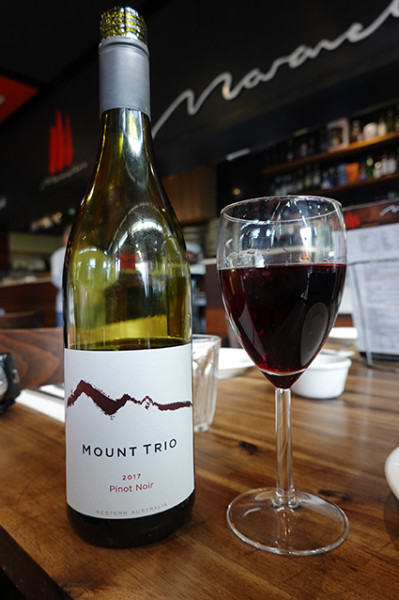 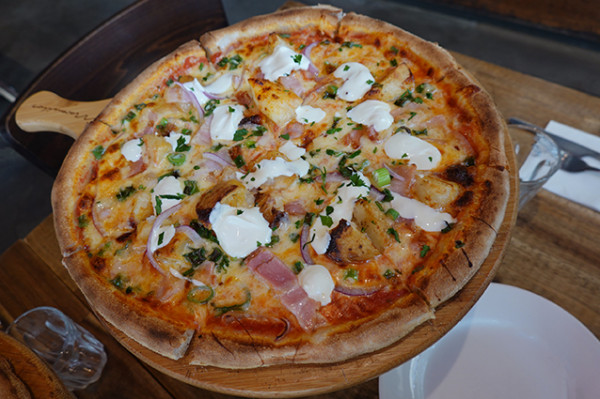 I was much more impressed with Petate ($24.90) from the gourmet selection. It’s a very successful update to the classic potato pizza that - instead of thin raw slices of potato - uses chunks of roast spud. They're teamed with rashers of bacon and red onion, then topped with fresh herbs and splats of sour cream. Throw in a bottle of reasonably priced wine – I drank the 2017 Mount Trio Pinot Noir ($35/bottle) which offered bright acidic red fruit and a little funk – and you have yourself a winning lunch for two. 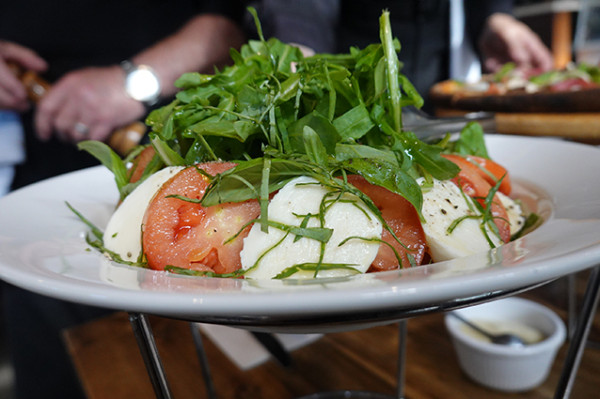 All you might want for is a salad, and the well-presented Caprese ($17.90) answers that call rather nicely with bocconcini, tomatoes and springy fresh rocket, drizzled in olive oil and seasoned with sea salt. With the weather cooling down, if your thoughts are turning to pasta, Maranellos also have you covered. While you can eat classics like a slightly overcooked Fettuccini Carbonara ($22.90) with its rich bacon, egg and shallot-based cream sauce, I was more impressed with Spaghetti Aglio ($24.90). 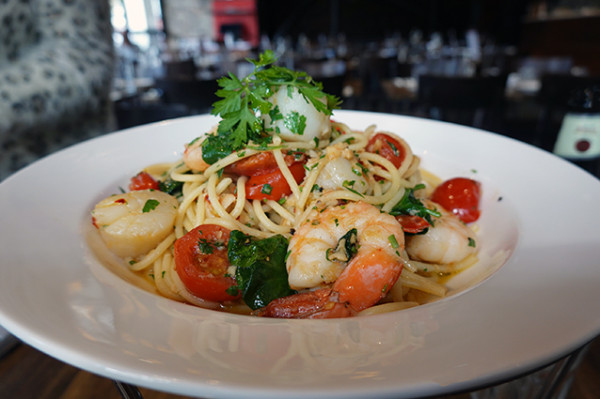 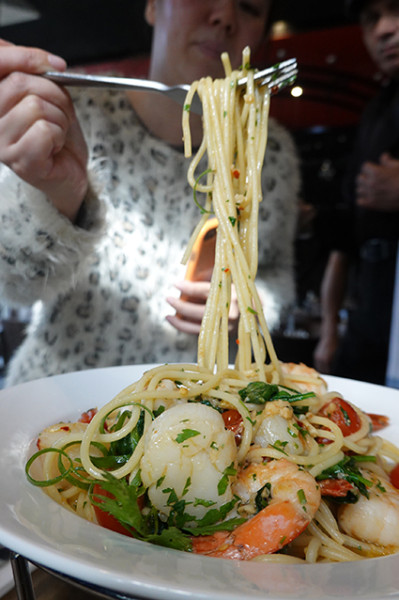 This classic Naples pasta dish has got a big cold-fighting garlic hit, that goes very nicely with king prawns and plump scallops. It’s freshened up with cherry tomatoes and rocket leaves, and will see you hit the shops feeling healthy and satisfied.