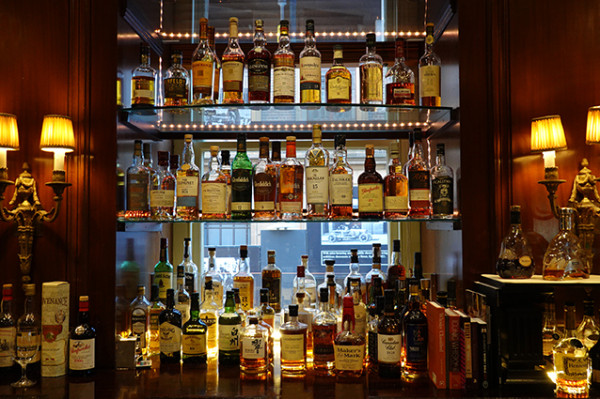 Two gleaming gold plates on either side of a Gothic sandstone archway labelled ‘Health Department’ clue you in that the Sir Stamford Hotel at Circular Quay have converted their hotel bar to a stand-alone whisky joint. 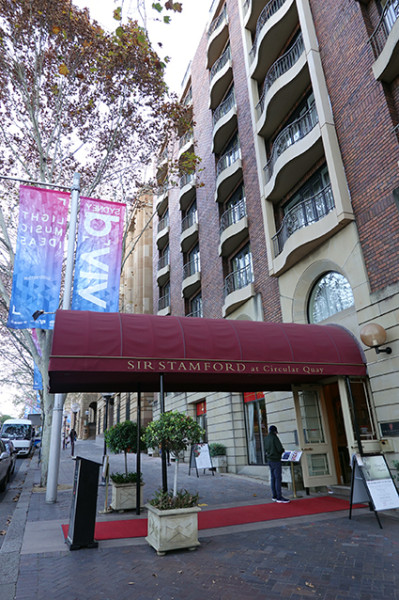 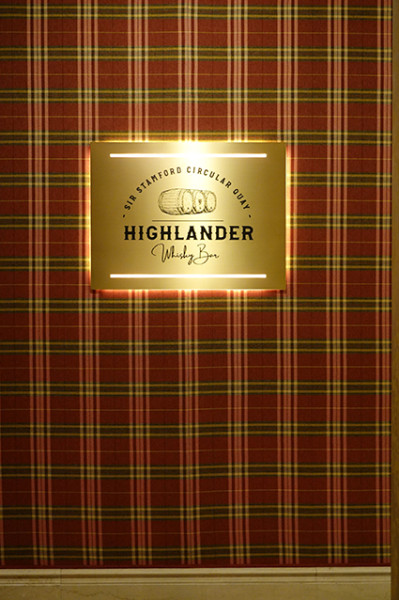 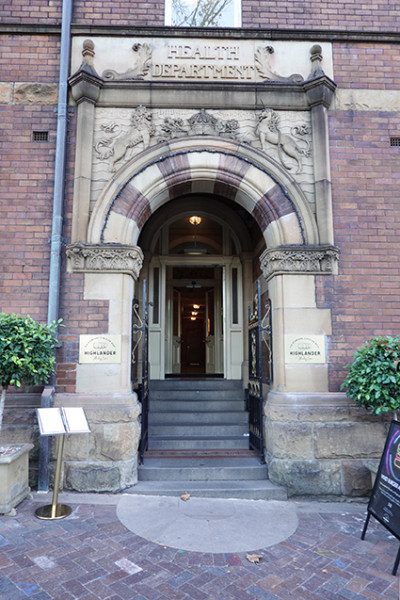 Continuing on with the fine tradition of the building, completed in 1898 under the supervision of NSW Government architect, Walter Liberty Vernon, Highlander Whisky Bar has the cure for all that ails you. 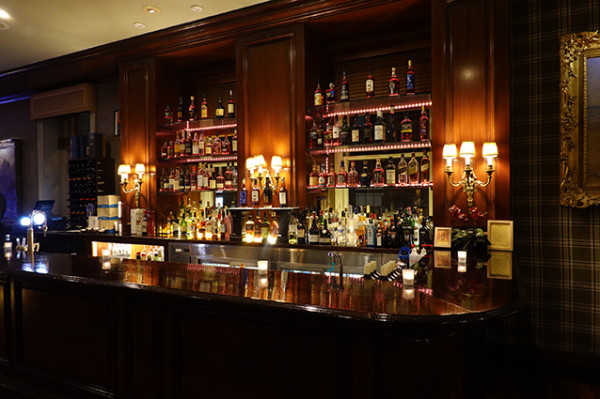 While in 1913 that was probably a free small pox vaccination; and, from 1930 to the mid 1980s, a cure for venereal disease; today it’s a wee dram of whisky to fill you with warmth and good cheer. 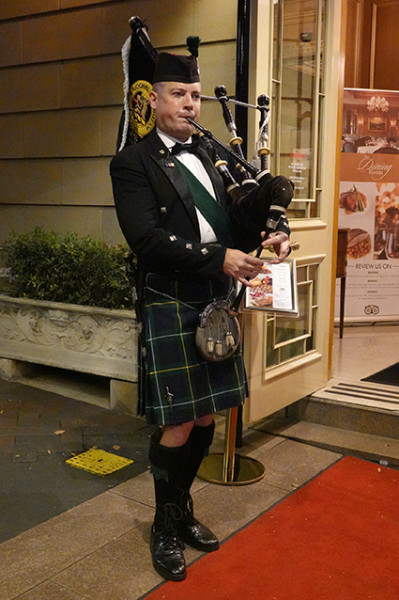 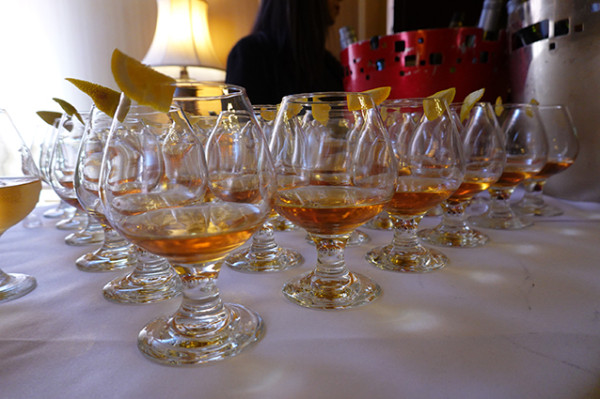 Accompanied by a drum and the continuous drone of bagpipes, the General Manager of Sir Stamford at Circular Quay, Jacky Cheung, declared the Highlander Whisky Bar open for business last month. 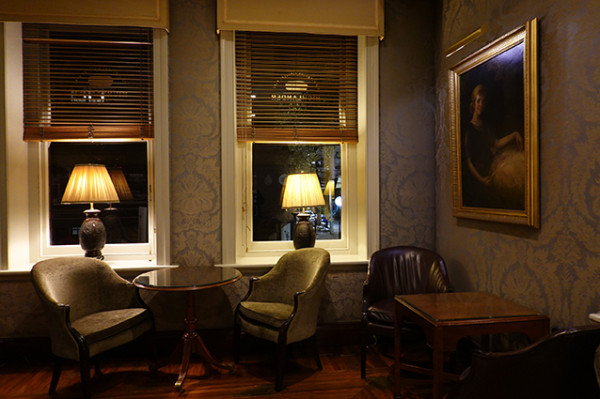 The bar’s stately interior melds well with the old-world charm of the 5-star hotel. While a red tartan wall marks the internal entrance from the hotel, you can also enter the Highlander from Macquarie Street without an awkward parade through the hotel lobby. 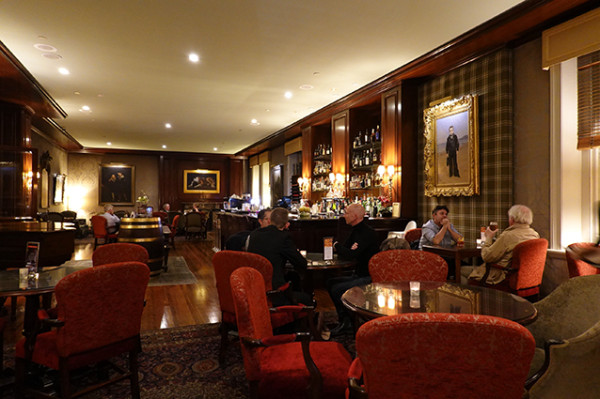 It’s a large but cosy space, with a piano and plenty of well-spaced armchairs set around polished table tops. 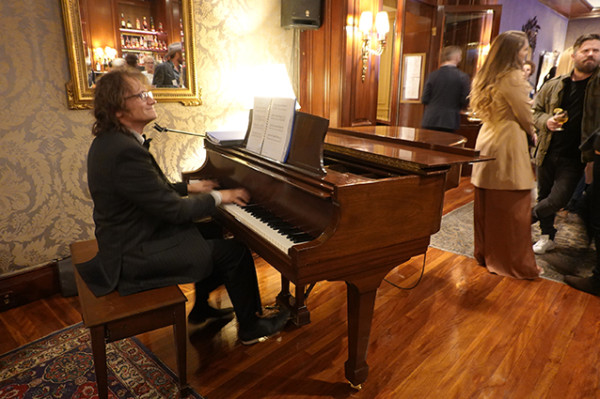 Timber floors are softened by Persian carpets; with the bar’s moody light level boosted by shaded table lamps and direct lighting that highlights the ornate, gold-framed art collection. Some paintings are in need of restoration, their detail diminished by layers of tobacco from back when you could still smoke in bars. 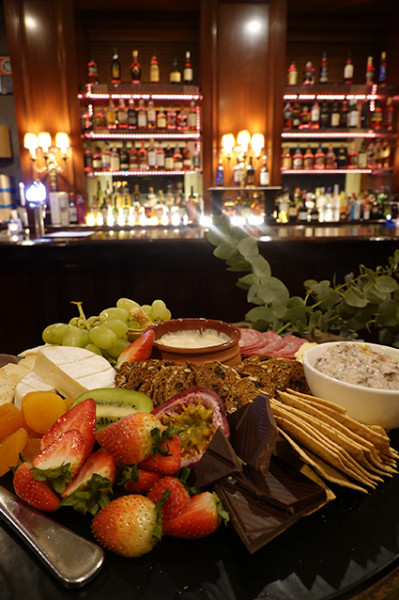 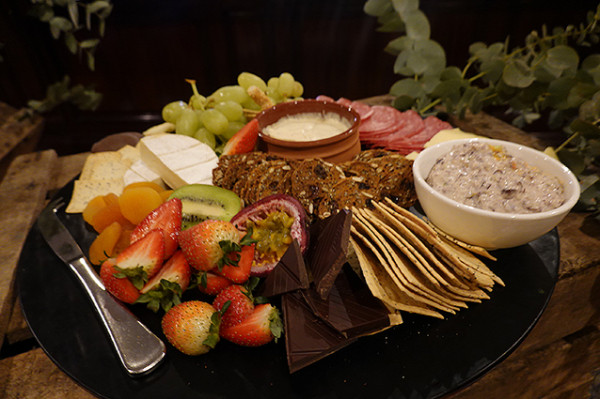 The launch soiree saw us digging into plates of well-displayed Australian cheese, fruit, dips and charcuterie. They bode well for the bar’s planned whisky and cheese tastings, and their bi-monthly Whisky Master Classes ($80-$130/head) which will see guests taste across across five or six different whiskies. You can also visit the bar independently and order your own mini version – the Cheese Plate ($20). 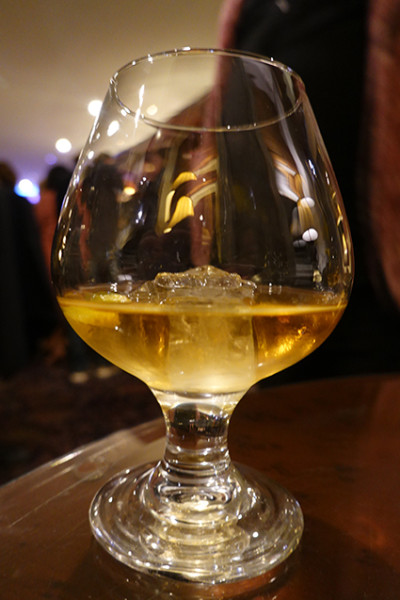 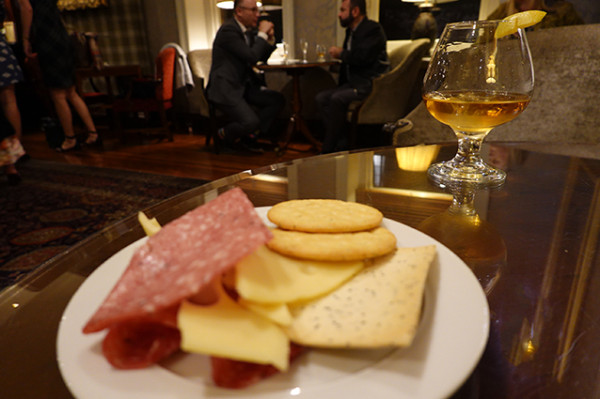 While all the tartan, the bagpipes, and the Highlander name, do indicate a Scottish predilection, the whisky list - put together by Bar Manager Noba Inoue – does venture to Japan, Ireland, America and Taiwan as well as some local distillers. 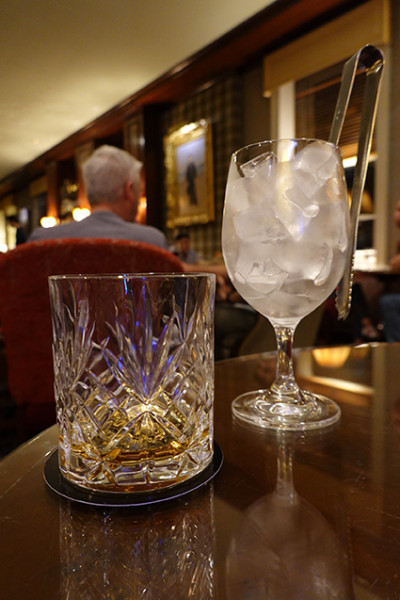 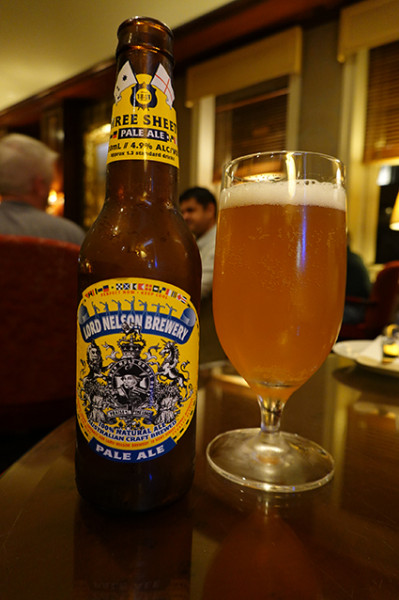 A fan of port and sherry, Inoue’s list favours prettier expressions of whisky that throw fruit, vanilla, chocolate and spices. For a peat-head like me, there’s just a few whiskies, most of which I’m already familiar with –Talisker, Ardbeg and Laphroaig’s ten-year-old expressions. While it’s a bit pricy, I decide to give the Highland Park 15-year-old ($35/shot) a whirl. Served in a cut crystal tumbler with ice passed separately, it’s no peat bog, but it’s an enjoyable dram. This whisky has been aged in sherry casks on the island of Orkney, which sits off the north-eastern coast of Scotland. It has an approachable caramel nose backed up by an enduring, peat-smoke finish. 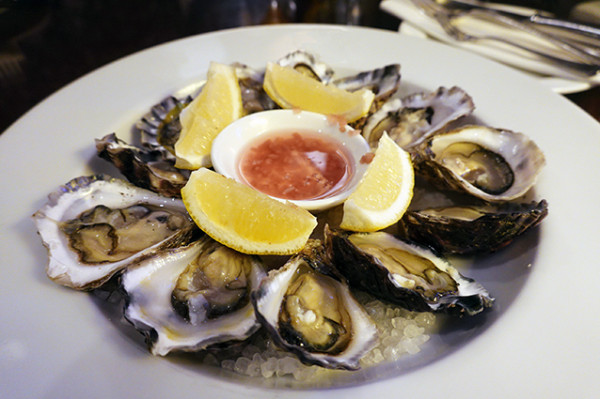 I team my whisky with a Lord Nelson 3 Sheets Pale Ale ($10.50) chaser – one of only two craft beers available at Highlander. With citrus, malt and honey, this crafty is a better match than the whisky to Freshly Shucked Oysters ($38/12). The Sydney rock oysters that arrive are of indeterminate origin – when I asked the waiter, the kitchen told him they were from Sydney Fish Market. I reckon for the price, we can do better with provenance than that. They've also been shucked too early, so have lost all their lovely liquor by the time they get to me - luckily the vinaigrette is good. 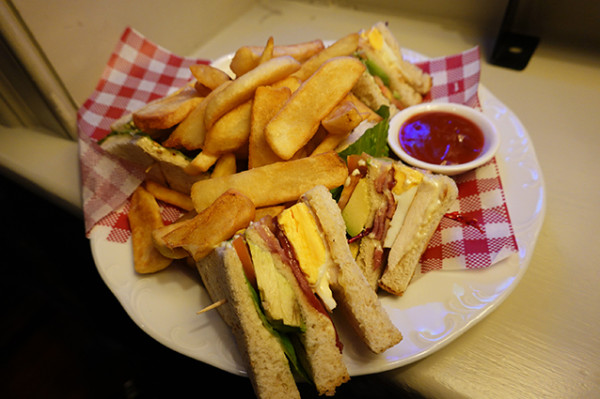 The Club Sandwich ($25) – a hotel staple – was bland, let down by bruised avocado, fully set egg, and partially toasted bread that just ended up feeling stale. 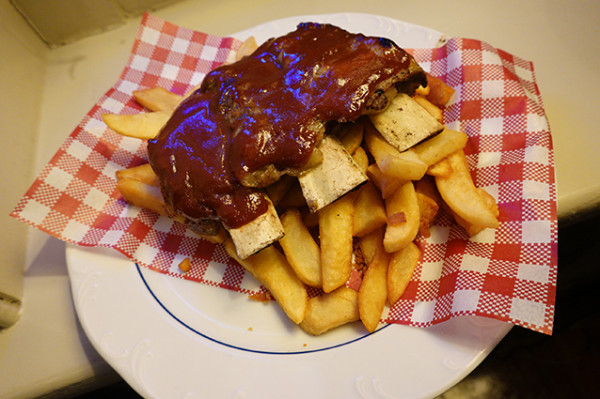 Slow Cooked BBQ Beef Ribs ($26) were poorly handled. The bulk of what was buried under the credible barbeque sauce seemed to be gelatinous, unrendered beef fat, which dominated the flavour of the dish. The generic, unsalted thick-cut chips didn’t give me much to write home about either. 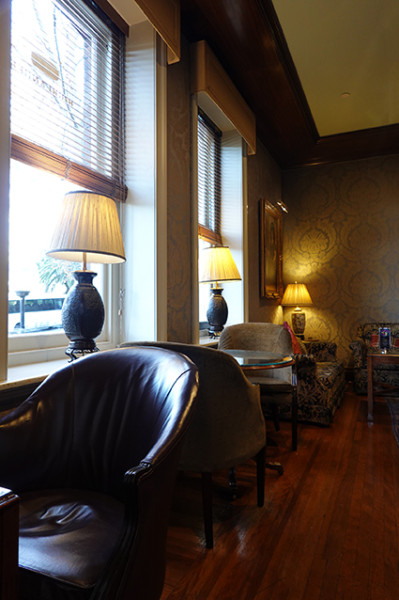 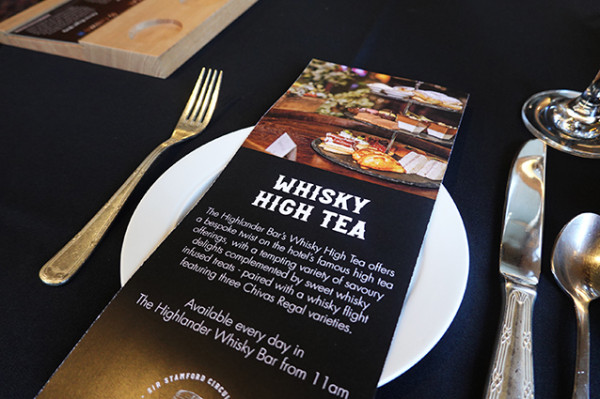 With the hotel taking its name from the founder of modern Singapore, Sir Thomas Stamford Bingley Raffles, I recognised - rather belatedly - that I probably should have hit up the menu’s Singaporean dishes for my dinner. On a subsequent visit to Highlander for their Whisky High Tea ($79/person), the curry puffs (which were also on the dinner menu) made using a Stamford family recipe, were a highlight. 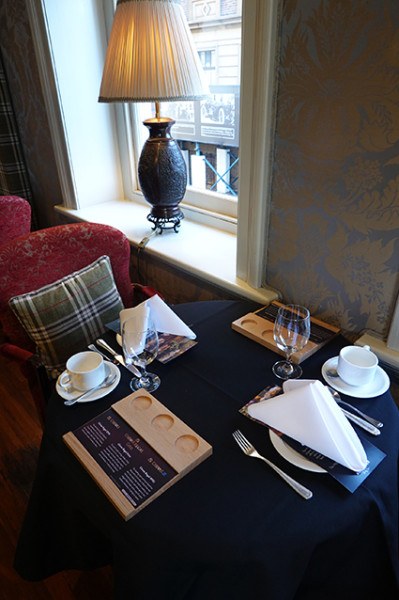 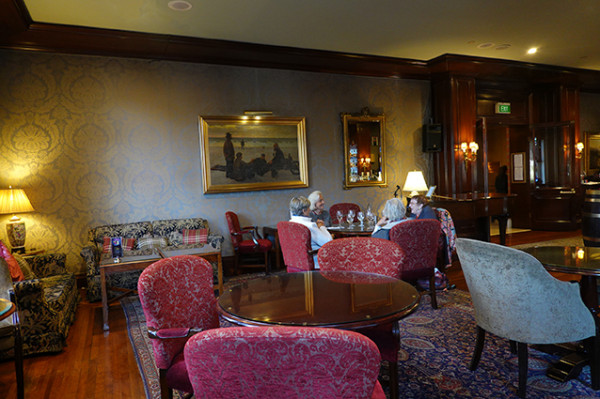 By day, the Highlander’s whisky collection is illuminated by a lovely, natural back-light. We arrived to a nicely set window table and a friendly team who are clearly keen to make our whisky high tea an enjoyable experience. 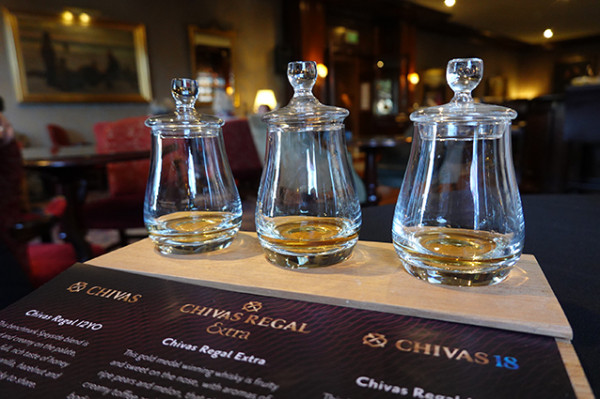 Bar Manager Noba Inoue was in residence; and took the time to talk us through the three expressions of Chivas Regal that accompany the high tea platter. The whiskies were presented on a little wooden board with tasting notes, topped with glass lids (you certainly don’t want any evaporation to diminish the tiny pours). 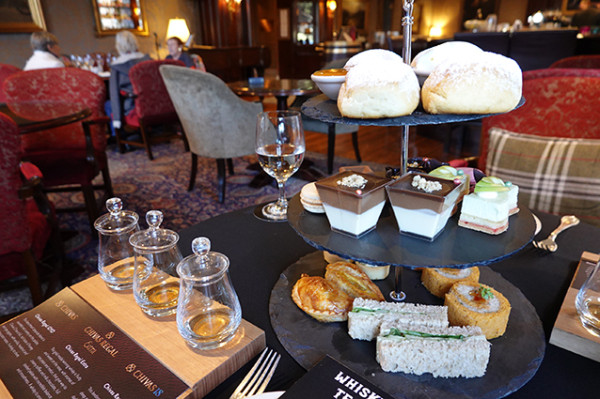 While the curry puffs were easily the best thing on the three-tiered platter, the Makers Mark whisky marmalade was a pretty close second. 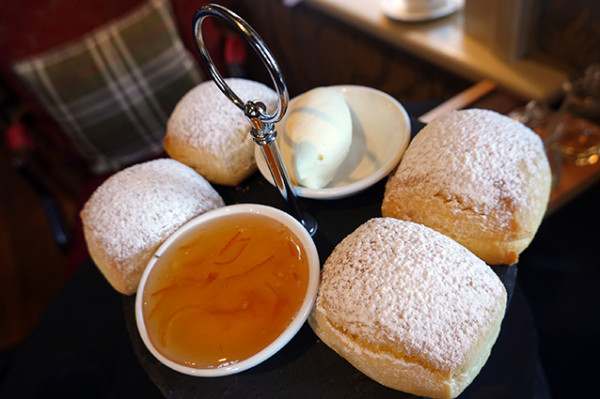 Spooned onto lemon scented scones (okay, they weren’t CWA standard, but they were light and coherent, rather than crumbly and dry) with clotted cream, the peel-rich marmalade made me wish they were selling jars of it to take home. The scones are best matched to the Chivas Regal 12-year-old. 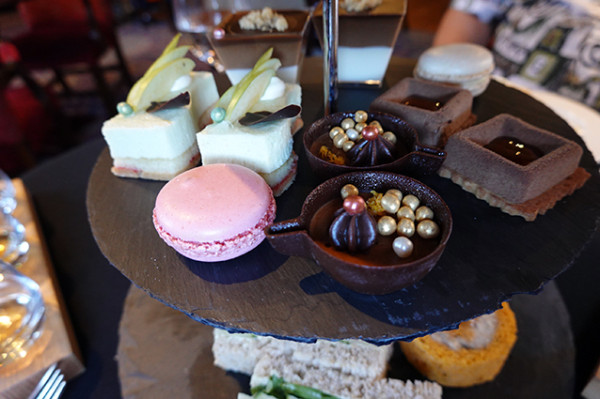 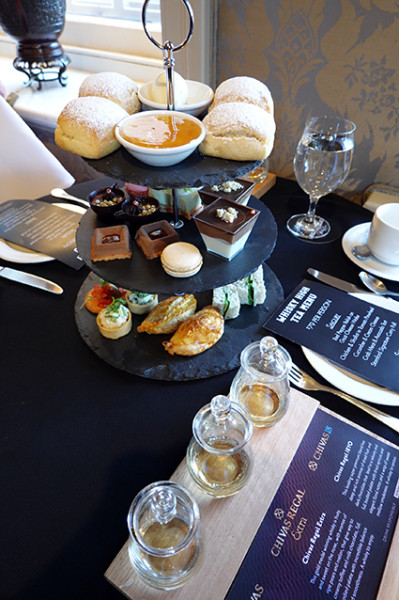 Save the big gun – the Chivas Regal 18-year-old - for the chocolate tier and its Johnnie Walker caramel square. You can also order a coffee or a tea, if you speed through all your whisky like we did. 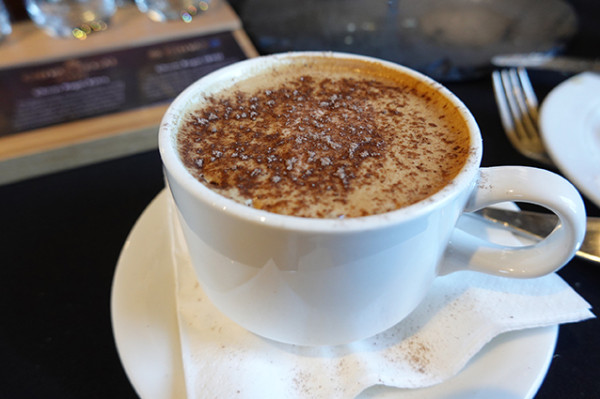 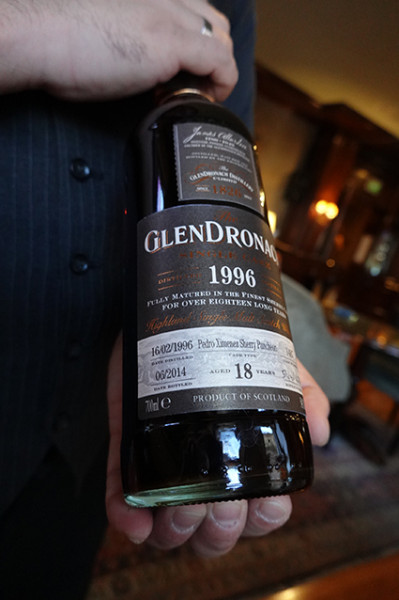 My cappuccino was hot and smooth, suiting the subtler flavours of the Jack Daniels apple mousse slice. Topped with a fan of crisp, green apple, this was the prettiest treat on all three tiers. While we were sorely tempted by Inoue’s description of June's Whisky of the Month - the Glendronach 1996 (bottle 576 of 677) aged in Pedro Ximénez sherry casks - we managed to escape Highlander still fit to drive (the hotel offers paid undercover parking onsite) by just sticking to our whisky high tea.