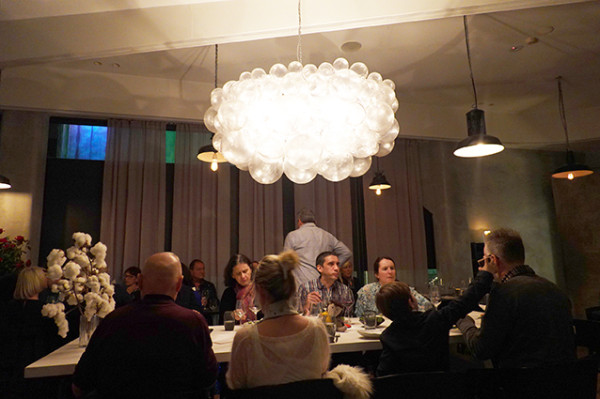 Métisse – which has taken over the former Gastro Park site after it was briefly occupied by Antipodean and Ételek - is the work of Opel Khan. Khan has owned a number of Sydney restaurants, including Guru and Beluga, though none I’ve actually visited. I was lured into this one by the plating, and a general liking for the 'Barcelona' building's architecture. 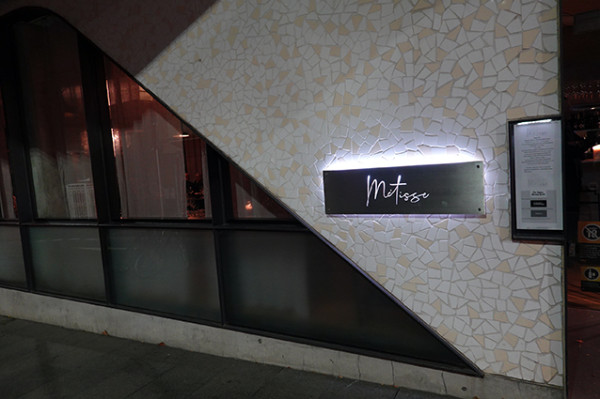 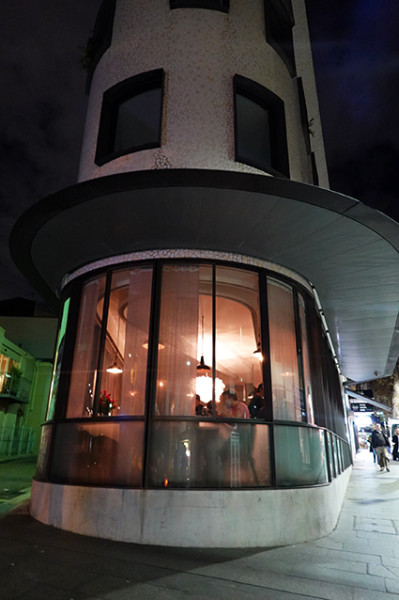 Unlike many of the newly gentrified Potts Point residents, I am not horrified by the nightlife and traditional residents of Kings Cross. However, by pulling your attention inward with a cloud-like feature light hanging over a long communal table where the good burghers of Potts Point are feasting The Last Supper-style, Khan does take your mind off what’s happening outside. 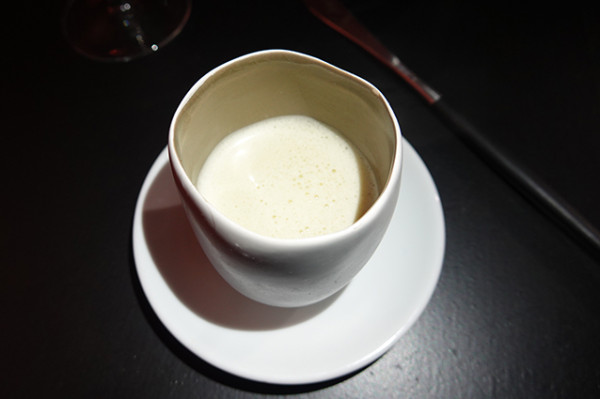 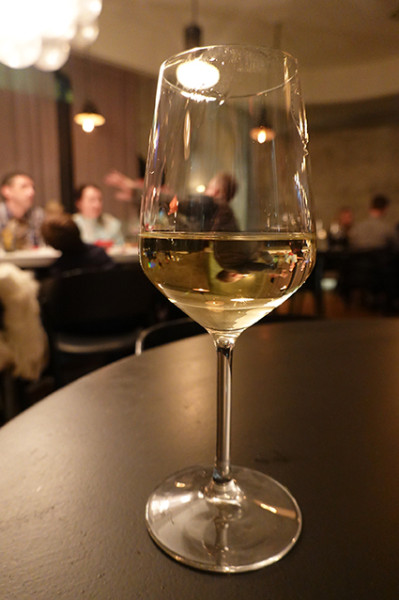 Métisse's eight-course degustation, that, for $100, also includes matched wines, seemed too good an offer to pass up. It kicks off with a sweet corn veloute with white truffle that’s appreciated after walking in from a cold night, but otherwise a non-distinct, savoury hot milky drink. I’m more excited by the wonky ceramic it’s served in. 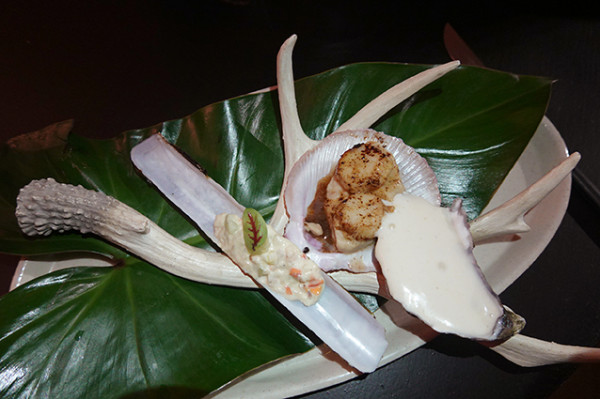 Fruits de Mer ($18) – the dish that lured me in – arrives in sea shells balanced upon an antler and tropical leaf, summoning the French colonies. Floor staff have trouble carrying the unwieldy dish, so my ‘hot and cold’ raw oyster drenched in nutmeg-spiked cream sauce leaks into my scallop on celeriac purée. The razor clam is so obscured by mayonnaise, you might well be eating crab. 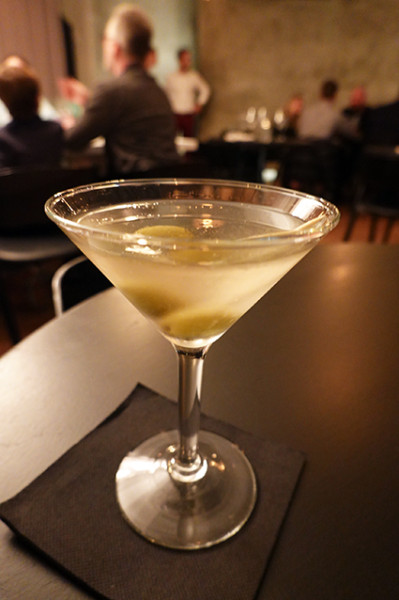 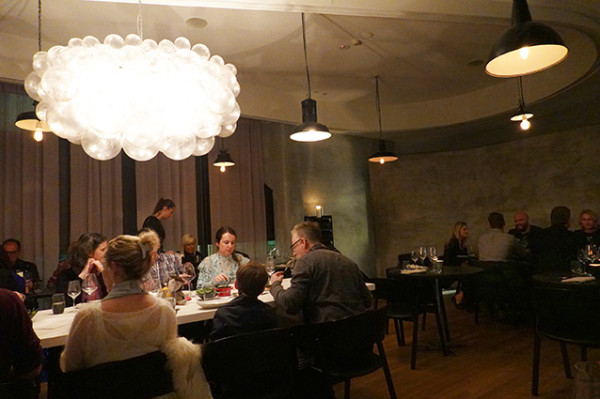 I curb my disappointment in a Dry Martini ($18), proffered in Bombay Sapphire, but I get it upgraded to Archie Rose with little effort. 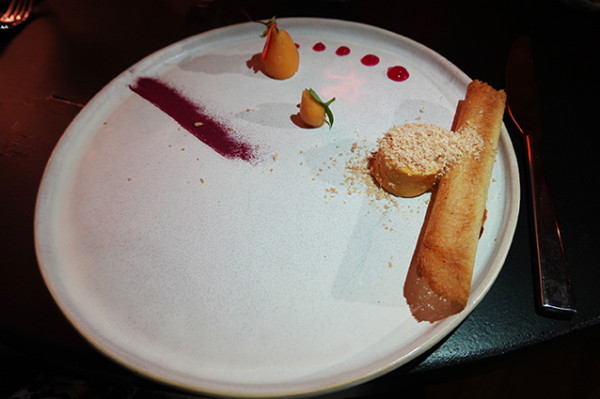 With memories of Gastro Park’s shaved foie gras dancing in my head, I’m excited about the Pumpkin Foie Gras Parfait ($18) mostly because of the premium ingredient. Turns out it’s actually a well-plated pumpkin dish, or so I’m told later, by Khan himself. The pickling on the artfully arranged golden beetroot totally dominates any creamy foie gras appeal. The 2017 Chateau Martinon Bordeaux Entre Deux Mers ($12/glass) it comes with has green herbal notes that balance the pumpkin’s sweetness. 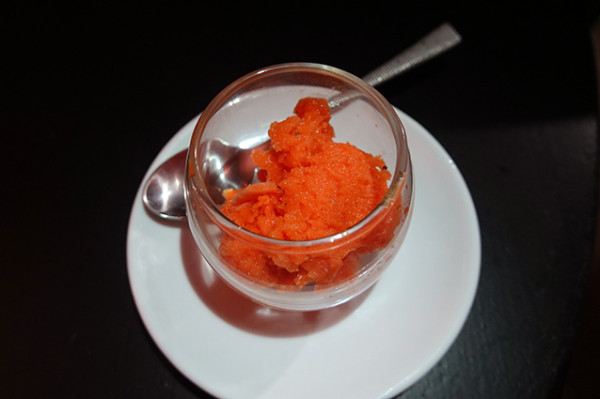 The palate cleansing capsicum and black pepper sorbet is so full of flavour you feel like you’re biting into a red capsicum. It's the best thing I’ve put in my mouth thus far. 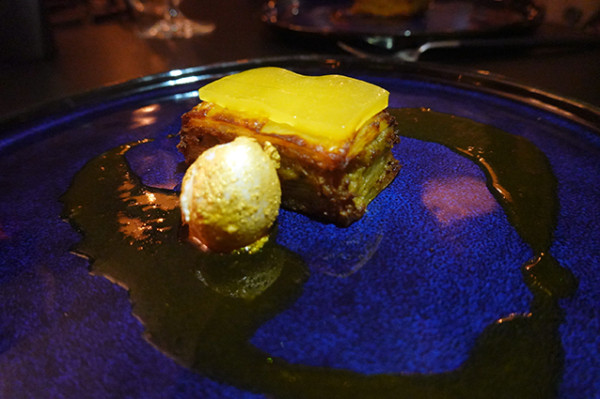 Duck a l’orange golden egg takes the French classic mille-feuille-style, with layers of duck confit alternating with potato under caramelised orange jelly. While it’s a clever way to stretch out a small amount of protein, the duck gets a bit lost, and, while eye-catching, the gold-dusted quail egg doesn’t add much in terms of flavour. 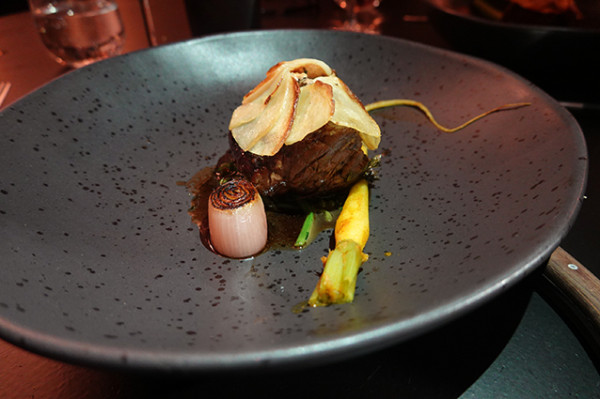 I have no complaints about the beef tournedos Rossini, which tops a pink-centred filet mignon with a layer of foie gras thick enough to register. It’s well presented, with artfully arranged potato, carrot and onion, united by truffle oil and a red wine reduction. This dish comes with a glass of Lisa McGuigan’s cherry cordial-like 2018 Platinum Maximus Shiraz ($14/glass) that we drank and were resupplied as the kitchen fell behind. 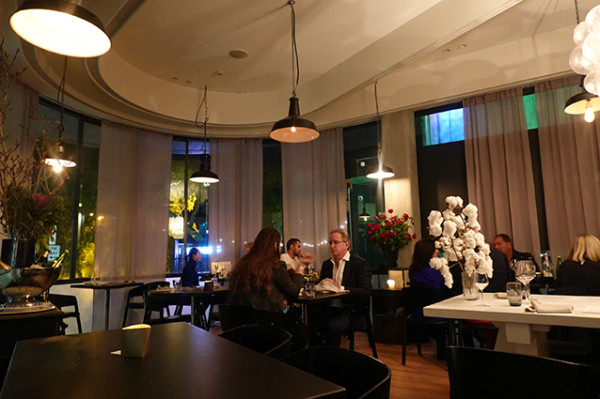 Service is patchy: while one French waitress is a star, arranging our refills and apologising for delays, the rest of the burgundy-and-white-clad team lack focus. Perhaps it’s just feeling protein starved, but this dish makes me regret taking the cheap degustation option and not ordering the Black Angus Beef Rossini ($58) to begin with. 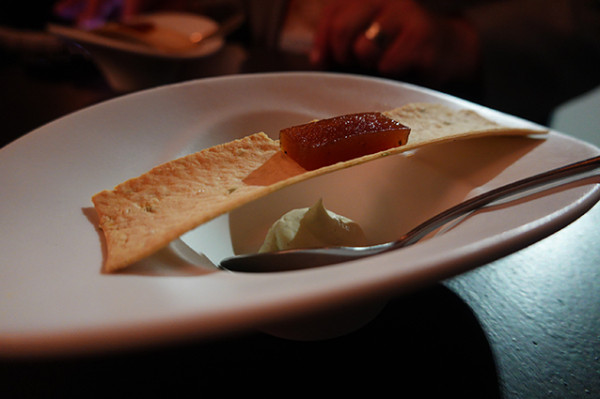 As we move between a pre-dessert of blue cheese and quince paste on a commercially bought cracker, and a bistro-style chocolate bread’n’butter pudding made using croissants rather than bread, I muse that if a degustation price seems too good to be true, it probably is. 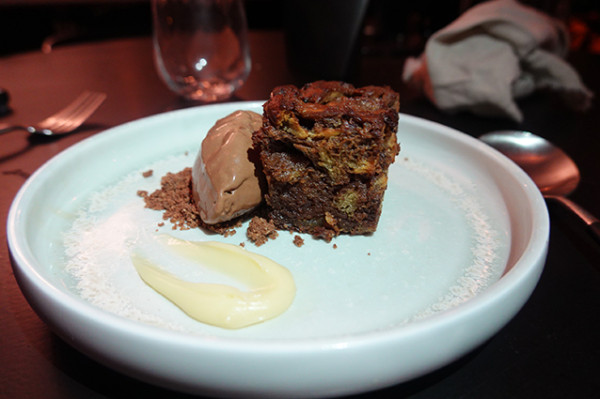