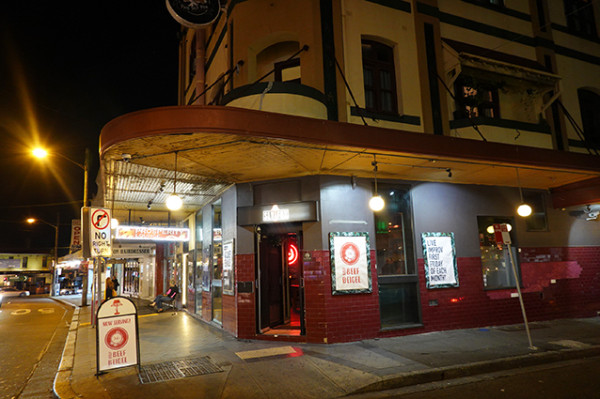 Selfridges, London’s high-end department store, has a restaurant called The Brass Rail, who have been serving up salt beef since 1966. They make the city’s definitive salt beef according to the British ex-pat. I was chatting with. His eyes lit up at the idea he could now get a version of this dish right here in Sydney. 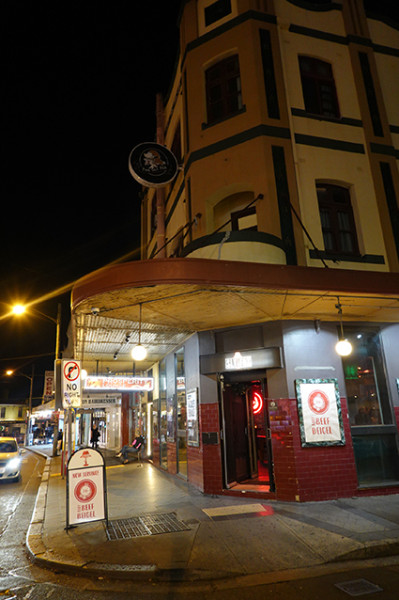 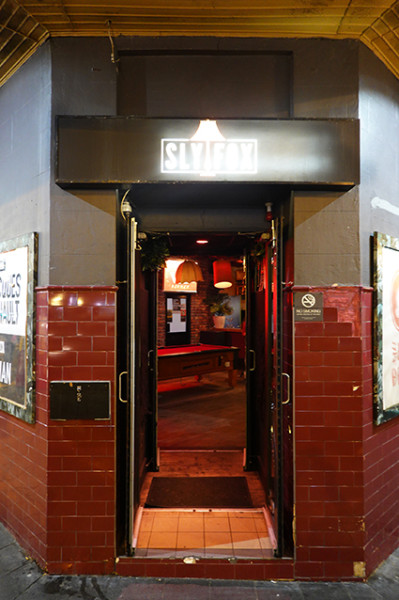 Not all salt beef is that fancy though: since 1974 Beigel Bake has basically been to London what Katz’s Delicatessen is to New York – a rite of passage for any self-respecting tourist. Their chewy bagels stuffed with thick warm slices of perfectly cooked salt beef and pickles are the late-night food of choice for cabbies and drunk clubbers. 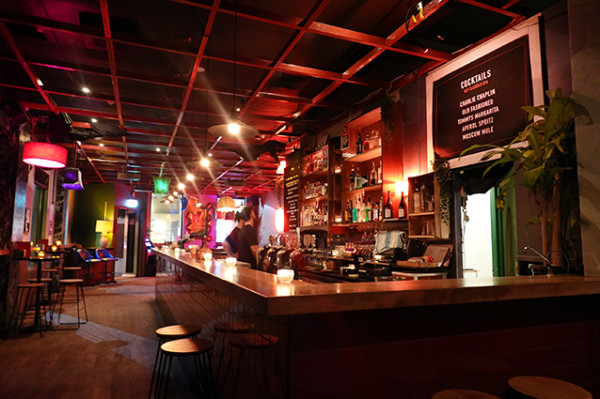 It's their recipe that inspired the SlyFox's new team of owners, Benjamin Lepke, Brett Strauss and Kerry Wallace, to renovate the food offering at this longstanding, late night queer hang in Enmore. 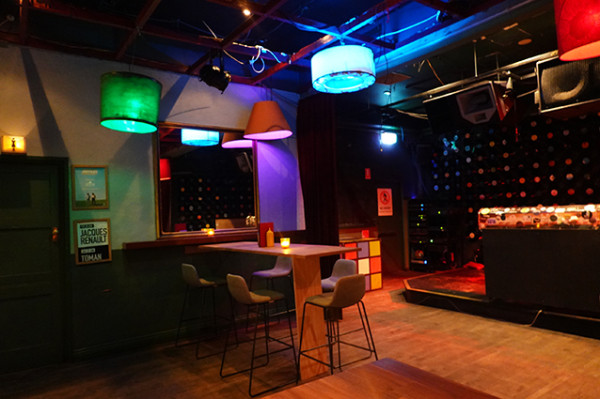 It's part of a wider venue renovation that has placed colourful oversized hanging lampshades throughout the space without losing the pub’s grungy low-brow appeal. Now what sets Salt Beef Beigel apart from the Jewish bakery original is here you can actually drink beers with your beigel. (If you’re wondering about the spelling, ‘bagel’ is considered an Americanisation of the Yiddish ‘beygel’ which has modernised to beigel in Britain.) 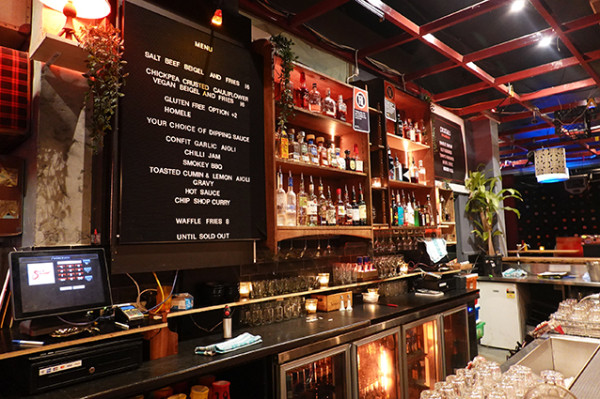 Seeing some craft beers that I hadn’t tried on their taps; I wrapped my lips around three different beers. Brewed in Botany, the beer I liked the best was One Drop Brewing Co.’s XPA ($10/schooner) - a bright, hoppy and refreshing pale ale with tropical fruit notes. 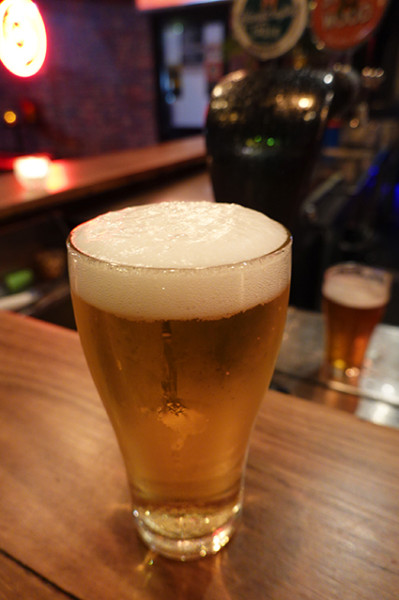 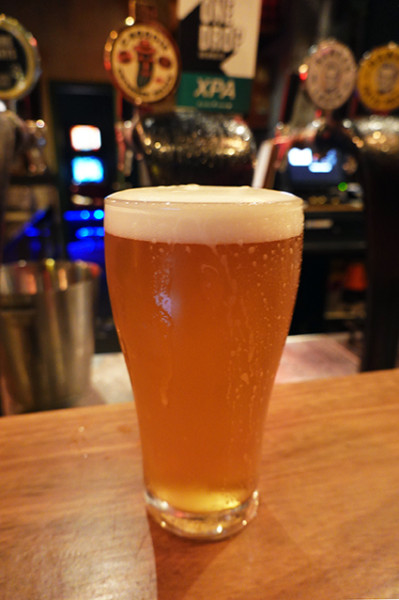 If the weather was warmer, The Grifter’s C-Boogie ($10/schooner) would be my go-to. Brewed with juicy green cucumber, this German-style Kölsch is cooling and refreshing (but you’ve got to love the cuke). The only beer I didn’t rate was the Marsden Handcrafted Lager ($8/schooner) because it swamped me with melon before getting toasty. 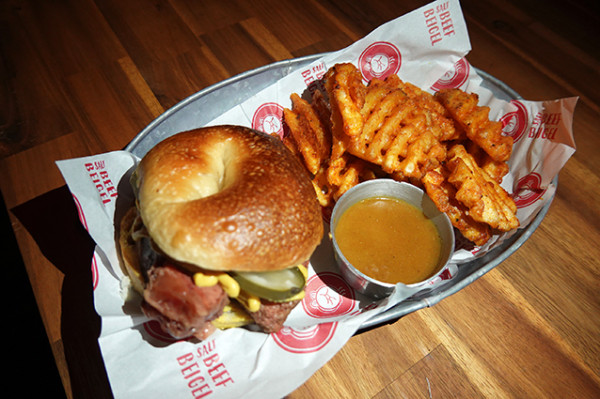 Your Salt Beef Beigel ($16) is served in a basket with heavily seasoned waffle fries and your choice of sauce. Trust me when I say you want to extend the British theme and order chip shop curry. The beigel is chewy without going too far, but the real object of beauty is the thick slab of salt beef (you might know it as corned beef) that it contains. It’s tasty without being too salty, and perfectly complemented by big juicy pickle slices and mustard. 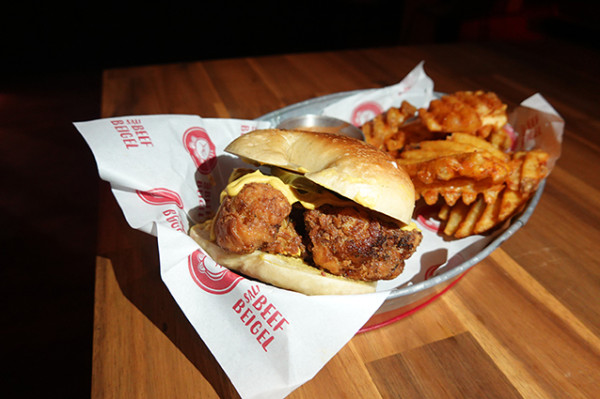 For the vegetarians and vegans who make up a big part of the local community, the chickpea-crusted Cauliflower Beigel ($16) is pretty much the same deal, just without the warm beefy goodness. To cut against the additional deep-fried you might prefer the big vinegary hot sauce with your fries.

What I liked about these beigels is that they make a change from the burgers currently dominating Sydney menus, without getting away from something that’s reasonably easy to pick up and eat with your hands in a crowded bar. Hold onto your serviette though, you're going to need it.