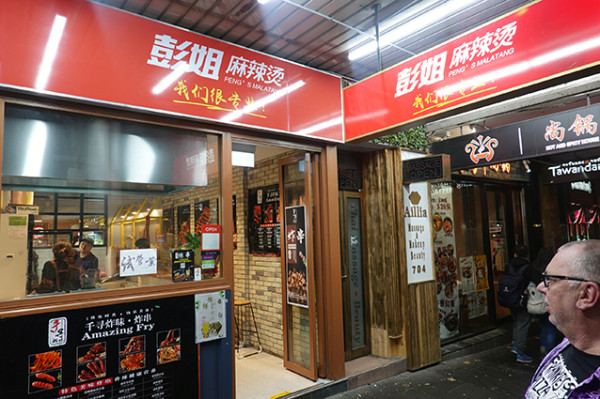 Soup weather is definitely upon us, so I’ve resumed my hunt for Sydney’s best malatang. You’ll find Peng’s Malatang on George Street, where - so many years on - we’re still dodging orange barricades waiting for Gladys’ Berejiklian’s light rail to finally be completed. While the narrow shopfront looks like a Chinese takeaway joint up front, complete with stools where you can wait for your ‘amazing fry’, in the rear you’ll find a pleasant dining room with blonde wood tables and foldable white plastic chairs. 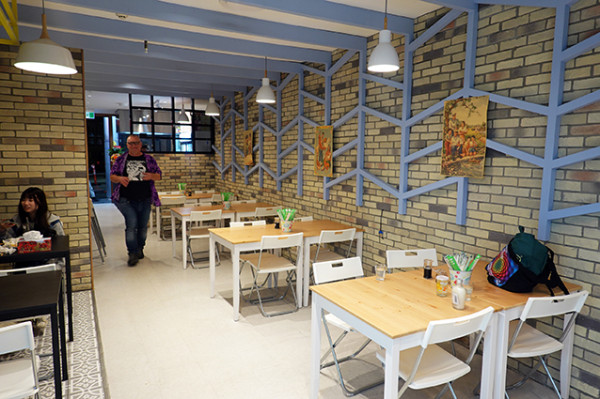 Pale brick walls are given more visual interest with dove blue wooden slats that continue up into ceiling rafters. The lighting level is also softer than is usual for soup slurping malatang adventures. 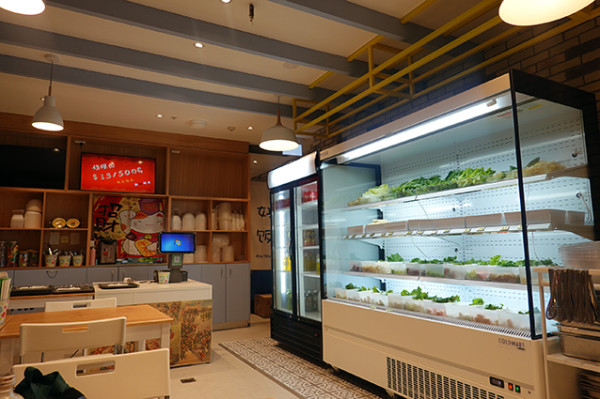 Towards the rear of the long, narrow space you’ll see the soup ingredients arranged in four well-presented rows, with some rows stacked two deep. 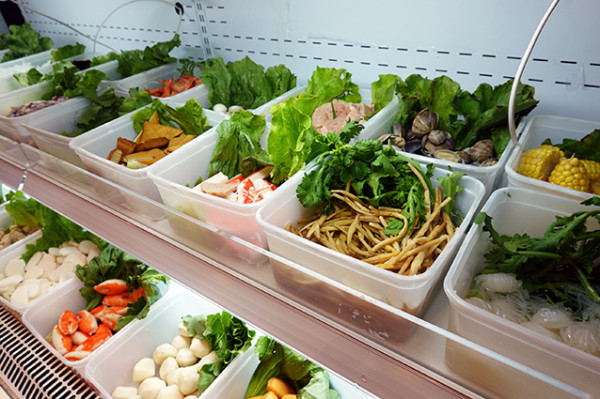 At Peng’s Malatang, ingredients are priced at $13/500grams. While most of my favourites, from quail eggs to dried beancurd sheets, were in evidence, at this restaurant the emphasis seems to be upon fresh rather than frozen ingredients. 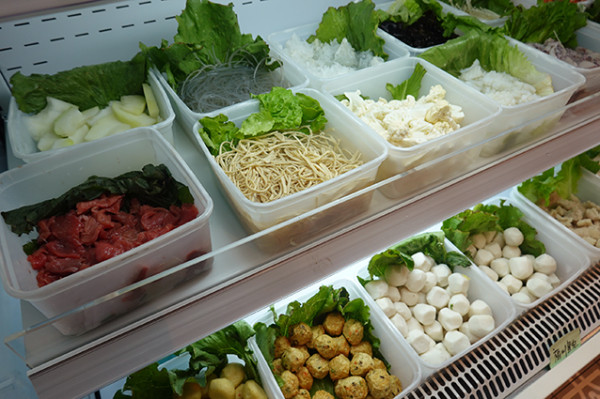 One new item I notice was diced fresh veal rather than the more usual curls of thinly cut frozen beef. In our resulting soup I found the veal pieces to be thicker and chewier than I was used to, so I'm not sure I liked this switch. 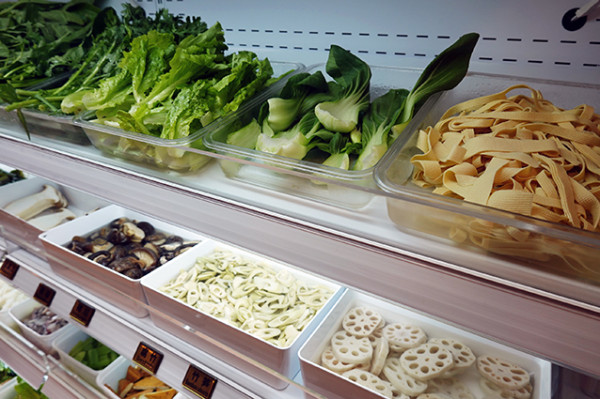 What I did like were the great quality greens, and white fungus, which both came up beautifully in my soup. 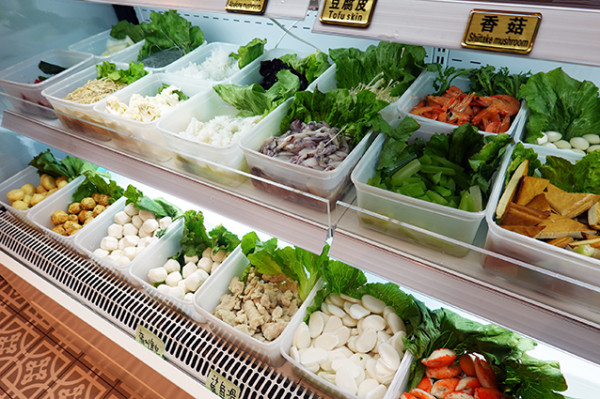 There was some attempt at labelling, including some English labels, but mostly they’re still all mystery balls to me. 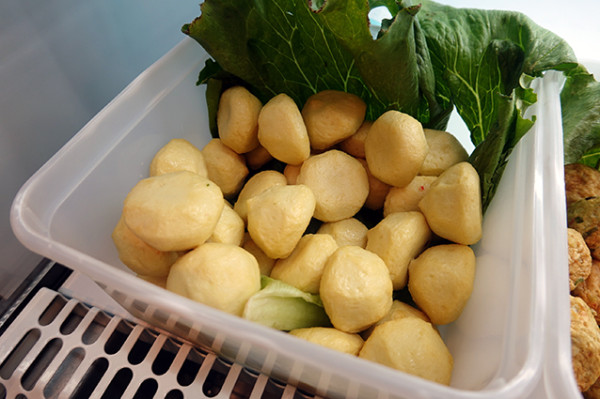 While there were less types of balls on offer here, I was particularly taken with these tasty golden polyhedrons that wrapped mushrooms inside fishcake. 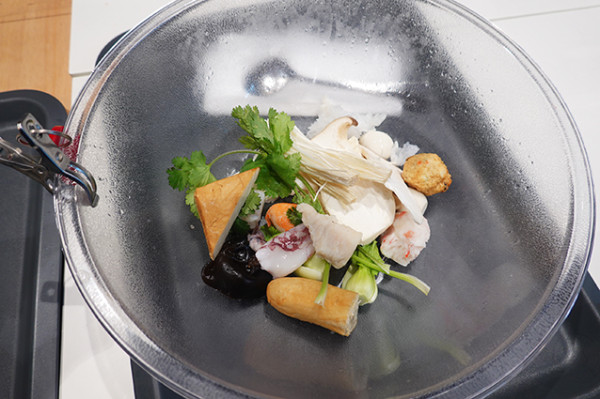 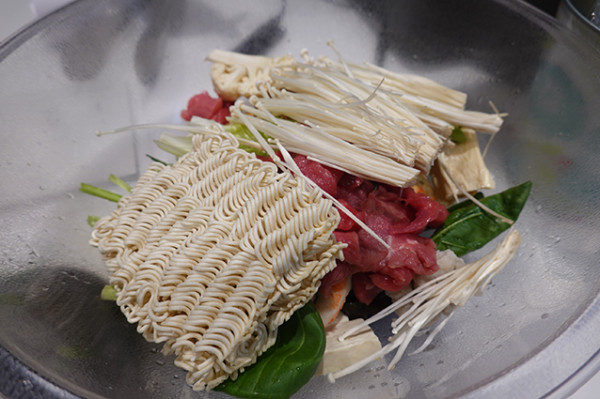 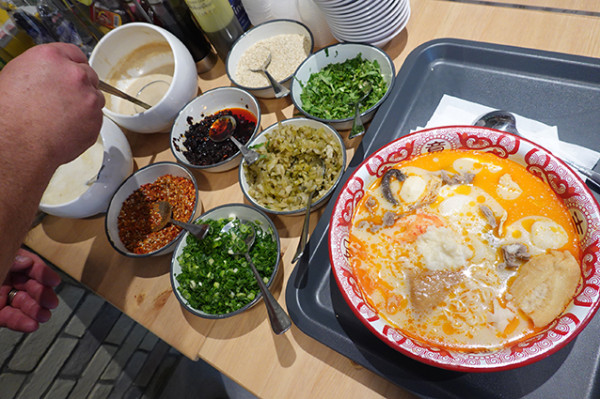 Do take good advantage of the saucing station! 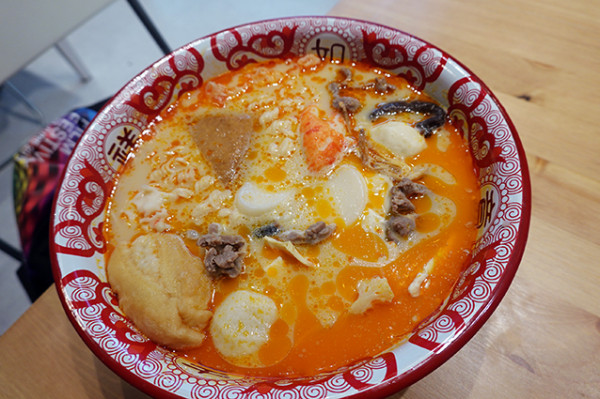 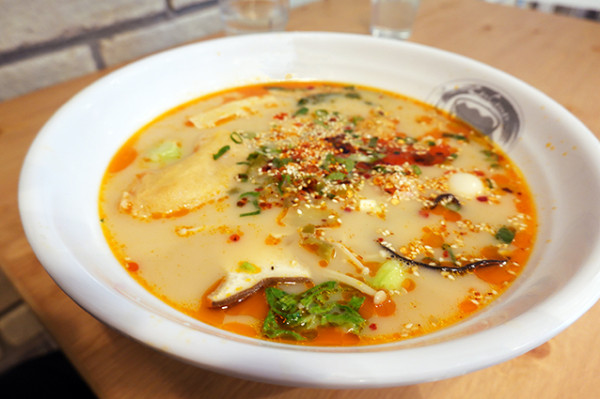 While we did opt for our soup base to be spicy rather than mild, the resulting soup didn’t have as much richness and flavour as the ones I’ve enjoyed elsewhere. 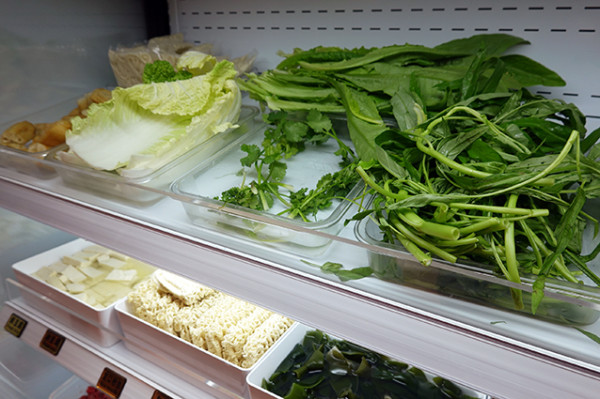 What Peng’s Malatang do particularly well is have vibrant ingredients that are put out in small amounts to ensure they retain their freshness. While the staff had limited English, they were warm to us, and, with a series of gestures, indicated they were happy to accommodate us bringing our own alcohol - malatang begs for beer or sake - with no additional fee.