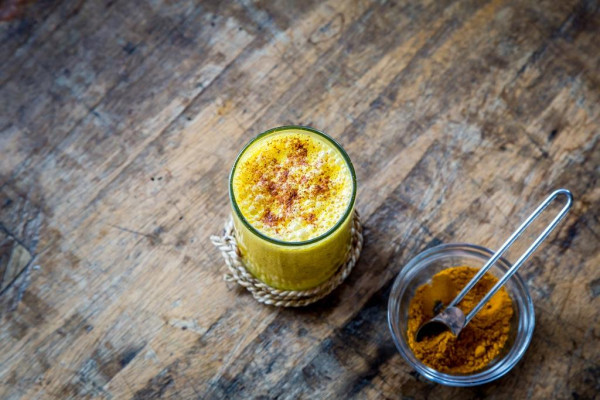 With the cold weather upon us, it’s the time of year when it’s particularly nice to top and tail your day with something warming. The Bircher Bar has both ends of the day covered. Darcy Ogdon-Nolan and Scotty B. kicked off their business as a Northern Rivers market stall where they passed healthy breakfast foods over a recycled timber bar. After a year of operation, in 2015, they outgrew the stall and set up as a bricks’n’mortar café and pantry in Lismore. In 2018 they made the decision to close the café and focus on their online and wholesale business, supplying cafes and home consumers with high-quality, small-batch health foods. 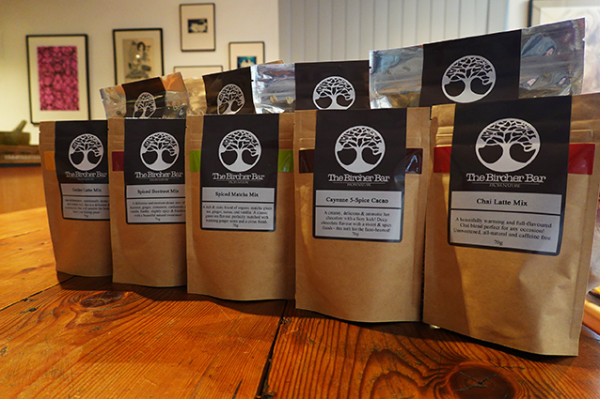 Over the last two weeks, I’ve been eating and drinking across nine of their products, and I have to say I’m impressed. Kicking off with warming winter drinks, The Bircher Bar collection gave me five latte blends to work through at bedtime. They were all pretty easy to make in a home kitchen, using a saucepan, a teaspoon of their powered mix and a cup of milk. 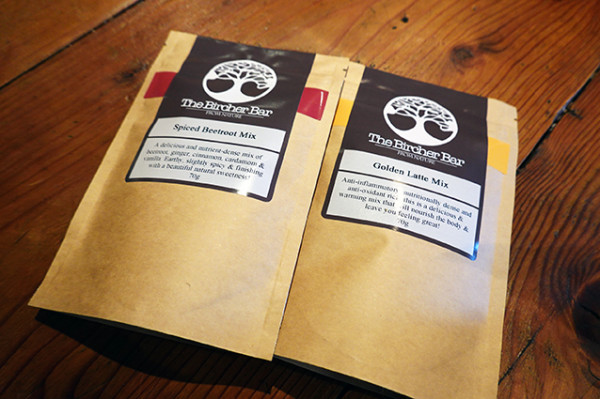 The best of the collection - Spiced Golden Latte ($12.50/70g) - has a big black pepper kick (necessary for the absorption of turmeric’s active ingredient, curcumin) with a hint of cinnamon and ginger. What sets it apart from other golden latte mixes I’ve tried is it is unsweetened and it really tastes of turmeric &ndash; I loved this drink! By comparison, I found the Spiced Beetroot Mix ($12.50/70g) a bit nothingy – there was a hint of earthiness, and the natural sweetness you’d expect from beetroot, but I didn’t get much from the cardamom, ginger, cinnamon and vanilla that were in there too. Spiced Matcha Latte ($12.50/70g) was surprising, because, for the first time, I actually got the sense that I was drinking green tea, even against so much milk. The flavour is quite grown up when you compare it to most of the matcha lattes you’ll find about town, rounded out with ginger, sumac and vanilla. Play around with different sweeteners if you’re adding them – raw honey works a treat with the Chai Latte ($9.50/70g) blend – while with others you might want sugar or agave syrup. My partner isn’t big on chocolate, so he was very surprised to really enjoy Cayenne-5-Spice Cacao ($7.50/70g). It smacks you in the face with spicy heat from cayenne pepper and Chinese five spice, before comforting you with organic raw cacao. After the shock of the first mouthful, it’s such an intriguingly different hot chocolate blend, it’s very hard to put down. 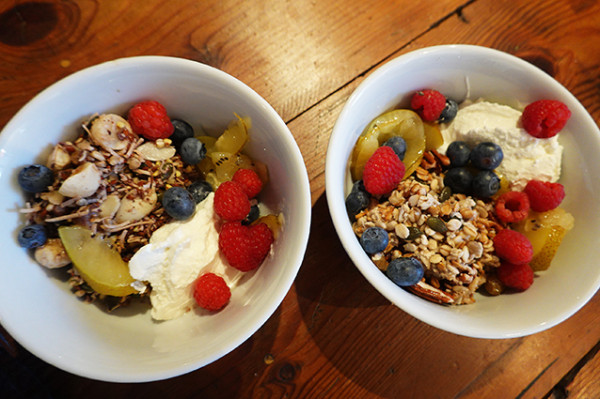 We’re not big consumers of muesli so I was a bit worried about wasting food when four different kinds arrived. Reading the back of the packets, I realised I could eat each product could be consumed three different ways – muesli, porridge or bircher - so I quickly got stuck into some in-depth tasting. 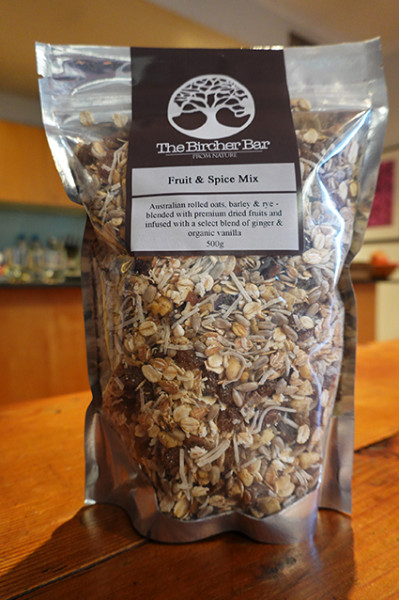 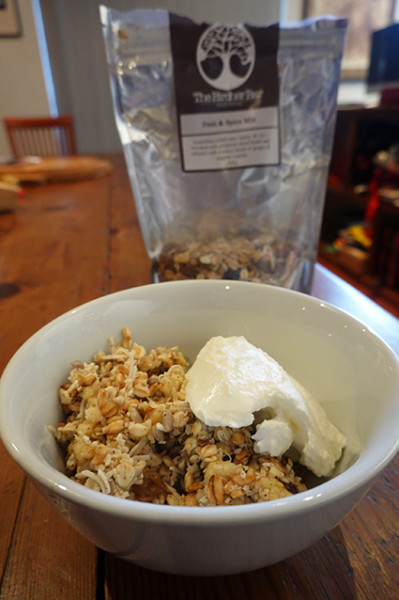 My easy favourite was the Fruit and Spice Mix ($11.95/500g) that combines Australian rolled oats, barley and rye with premium dried fruits, coconut, ground ginger and vanilla bean. It eats very well as porridge with no need for sweetener – the oats keep a nice toothsome texture even if you go over their five minute recommended cook time. It also really works as bircher. We lucked into a genius combination with tangy pot set Jalna Greek Yoghurt and tart orange passionfruit juice for overnight soaking, and it really surprised me! The juice plumped up the sultanas and turned them back into fruit, so it ate like a fruity bowl of cereal. This was my first experience with home-made bircher, and I didn’t really expect to like it, but I ate the whole bowl. Next time I’d make the effort to add some additional fresh fruit. 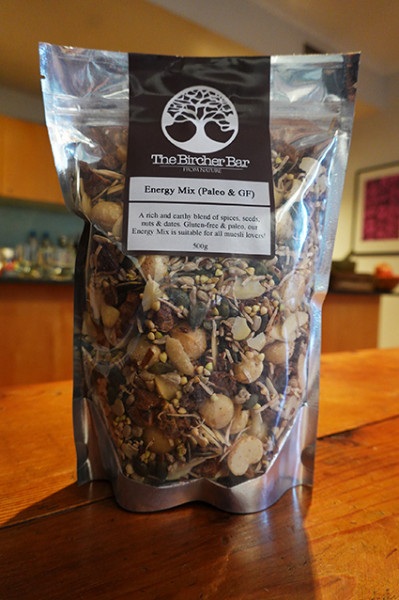 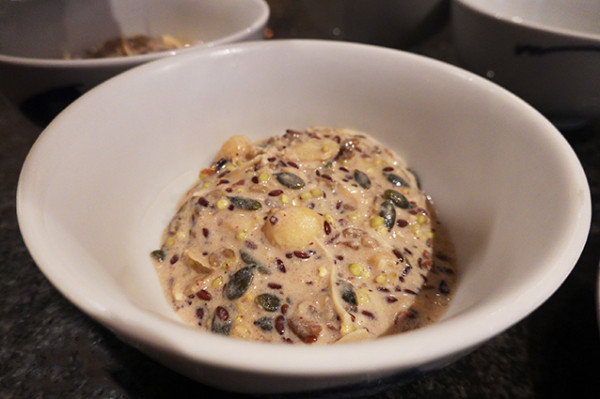 Energy Mix ($13.95/500g) was the only product I liked as muesli, because it contains both fruit, seeds and nuts. The nuts meant it didn’t work so well as porridge texturally, and with the spicing on this one being pretty light, it needed a teaspoon full of maple syrup to really sing. 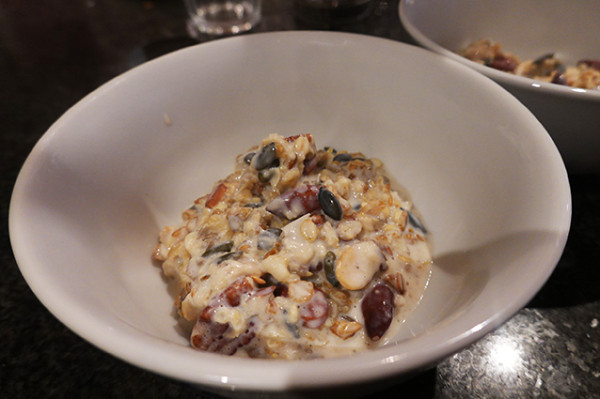 The flavour of the maple syrup really suits the pecans and adds a bit of the missing middle to the porridge’s overall flavour. 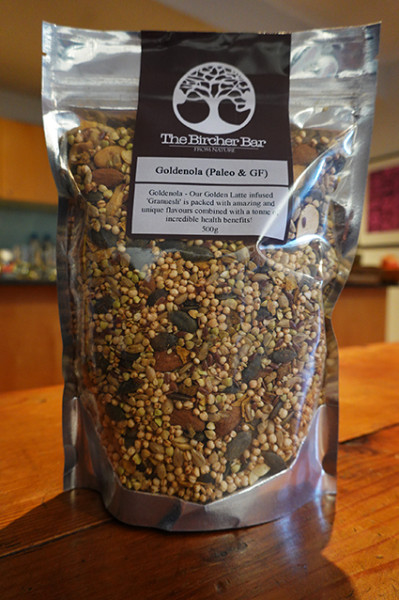 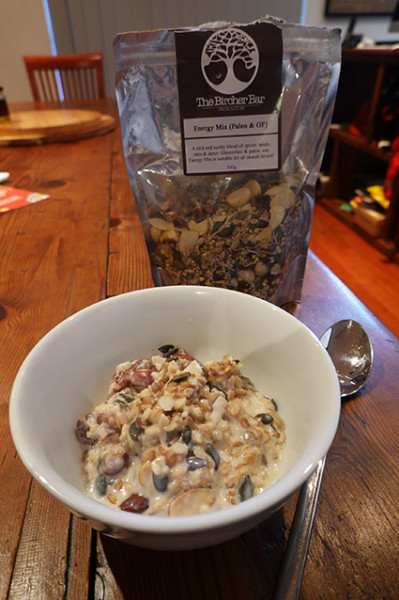 I struggled to like Goldenola ($18.95/500g), The Bircher Bar’s blend of lightly-roasted seeds, nuts, coconut and dates, dusted in their golden latte mix. It’s a hard jaw workout as muesli, and it doesn’t work as bircher because the latte powder clashes with the juice and too many of the ingredients seemed unaffected by being soaked overnight. Without rolled oats giving the glutinous texture I’m fond of in porridge, I struggled to even like it that way. 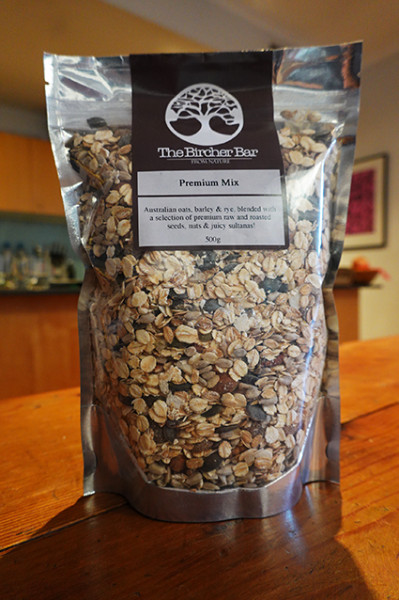 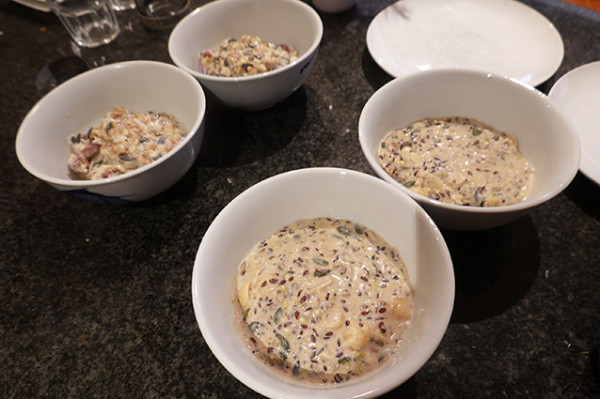 Australian oats (plus barley and rye) also make an appearance in Premium Mix ($12.95/500g) so it works as porridge, and with raw and roasted seeds, nuts and sultanas, it didn’t need any maple syrup. It is quite seed heavy. 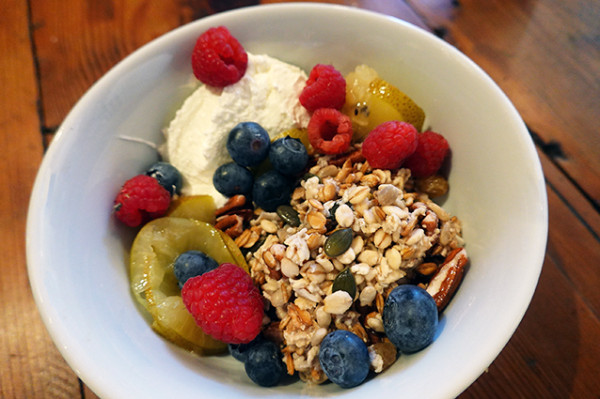 For bircher to work, I reckon it needs rolled grains, and - as I learned from a failed experiment with Gypsy Espresso’s ‘bucha bircher - highly acidic juice rather than kombucha. While the Premium Mix is a better bircher than either Energy Mix or Goldenola, Fruit and Spice won hands down, as the soaking process really paid off in the consistency and flavour. 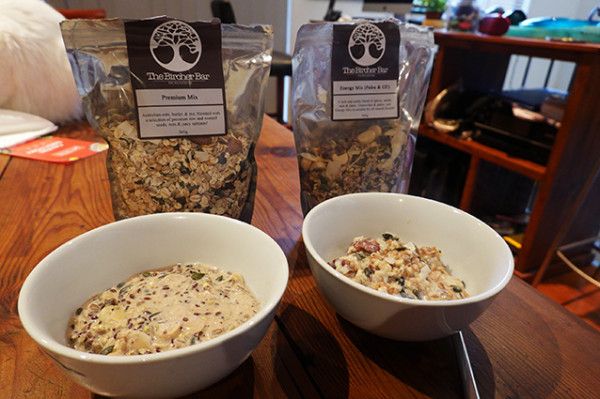 What The Bircher Bar do particularly well is provide you with well-packaged (resealable) unsweetened products that allow you to control sugar. They’re fast to deliver, and much more versatile than I ever gave muesli credit for being. 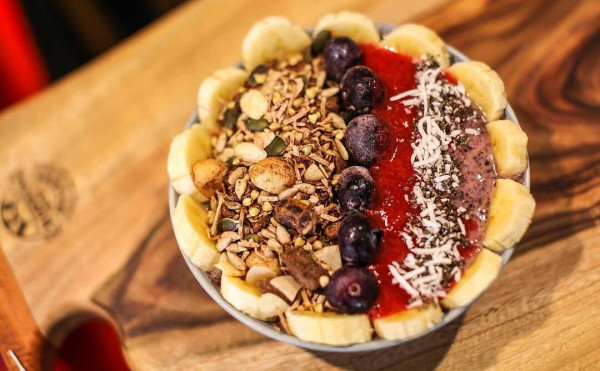 While I had every intention to style a bowl of muesli for this article, in the end I thought I’d just show you the tasting experiments I actually engaged in, because at the end of the day, breakfast isn’t about how it looks, but how it tastes and how it sustains you through the day.