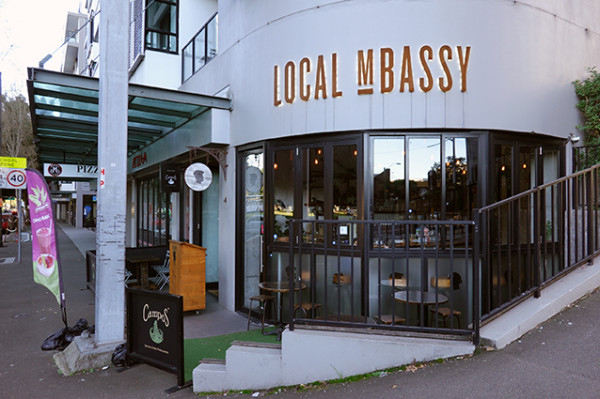 When Local Mbassy first opened in Ultimo, it was one of the first cafes in the Wentworth Park area. It quickly developed a cult following centred around their red velvet pancakes, which remain on the menu today, four years on. 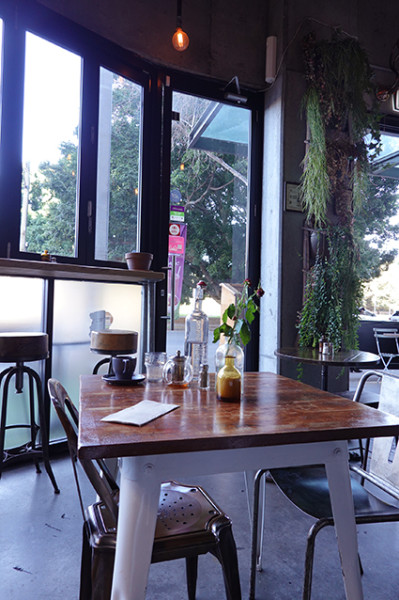 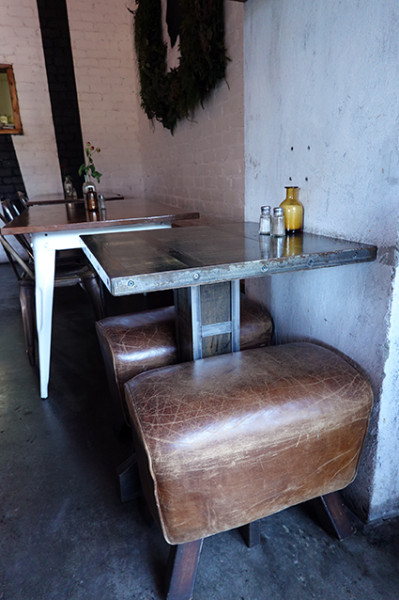 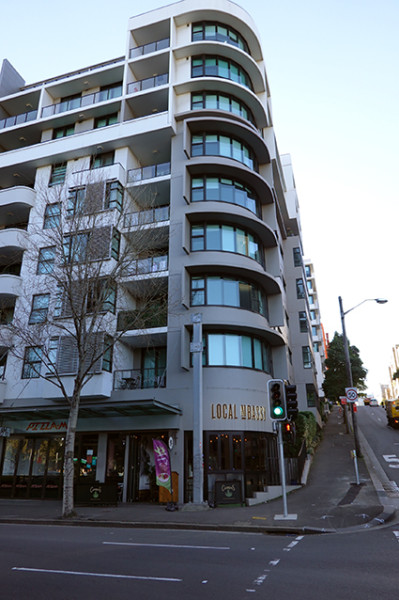 In the ensuing period, more cafes have sprung up in the local area, mostly at the bases of the new residential towers that make up Sydney's second most densely settled suburb (after Potts Point). 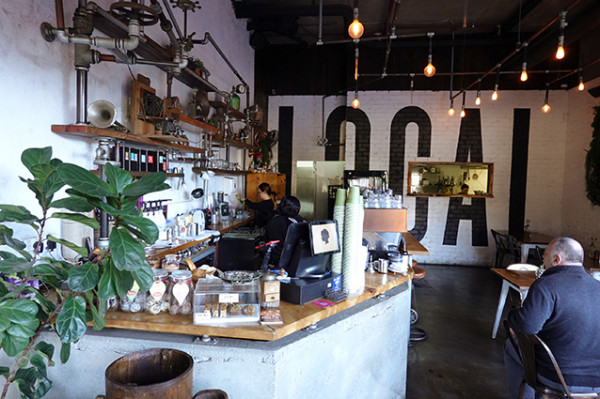 Working in with the concrete jungle, the Local Mbassy team have made the most of being at the base of a tall building by creating a boiler room fit-out. It sits under a tangle of exposed pipes, with each branch ending in an Edison bulb. 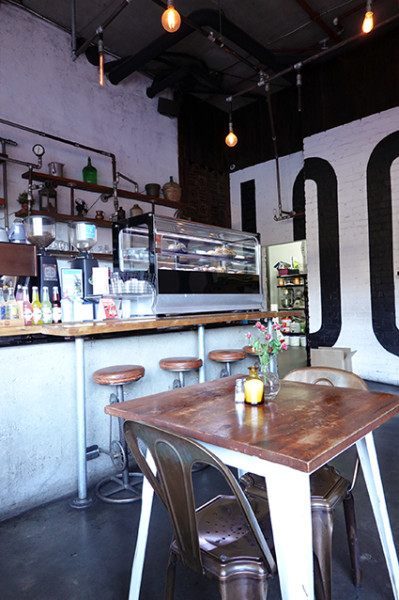 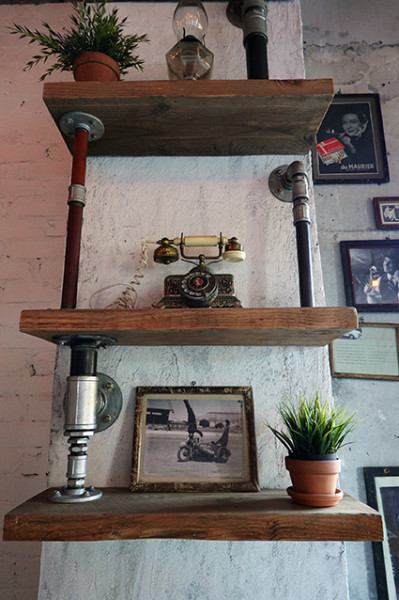 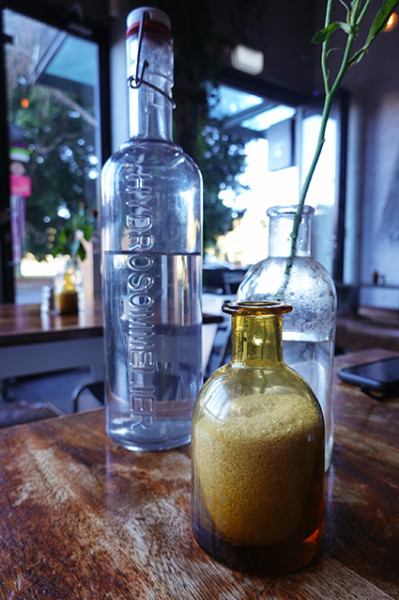 The steampunk vibe continues into repurposed bicycle pedal stools and recycled wood shelves mounted on pipe fittings. They're filled with a quirky collection of 1920s Australiana. The knickknacks, which run from trumpets to old cameras and telephones, took the brothers, Marcus and Samuel Gorge, a year to assemble, and countless trips to antique stores. 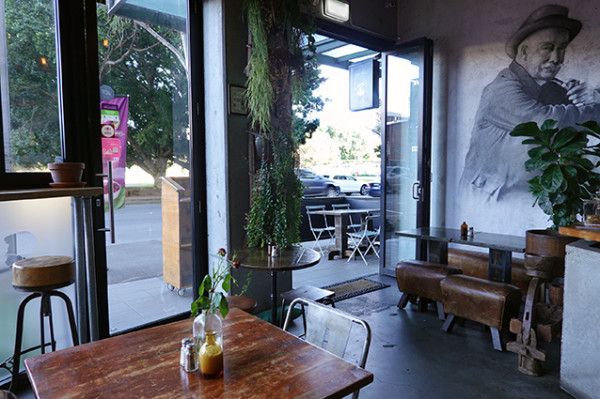 You have to admire their commitment to detail, which extends to the water bottles, vases and sugar jars, and a Sid Tapia mural of a 1920s larrikin on one wall. By using frosted glass on the curved corner windows, Local Mbassy insulate you from Harris Street’s heavy traffic and make your only view the sunny green grass of Wentworth Park. It’s a good way to make up for the café’s own lack of morning sun - a hazard of the high rise, difficult architecture and descending high pavement down William Henry Street. 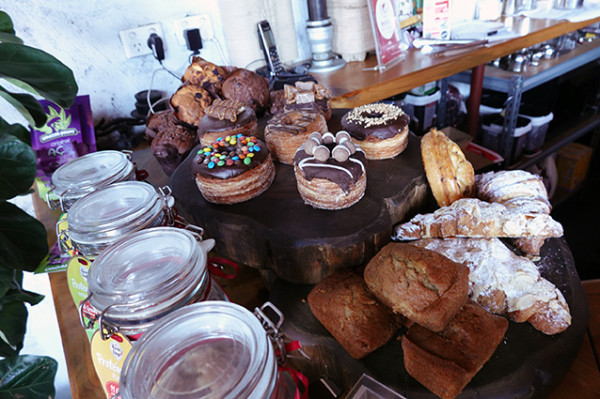 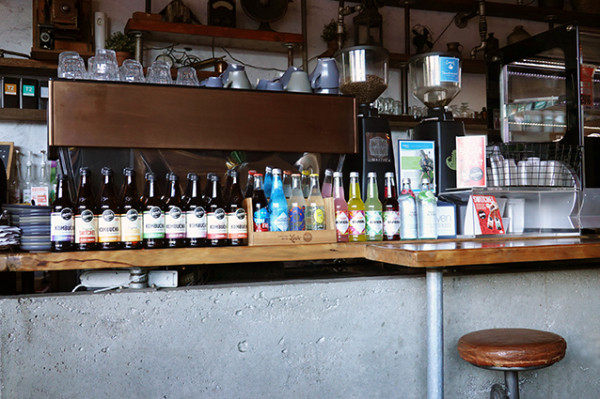 Next to them there's an appropriately copper-detailed La Marzocco coffee machine turning out credible Campos coffees. 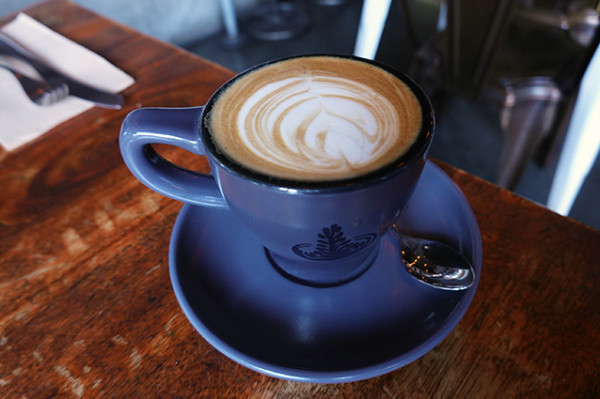 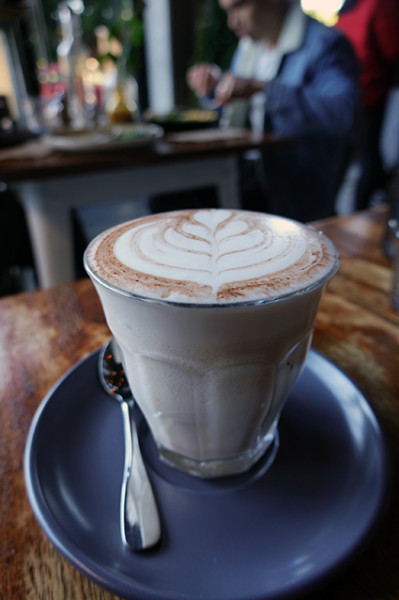 They're supplemented by a range of colourful warm milky drinks running from red velvet to matcha to taro. Hot Coconut ($4.50) is unusual enough for me to give it a whirl, particularly as it is kind of chilly for metal chairs and sub-basement dining. It tastes like coconut ice, so I’m guessing sweetened condensed milk is involved in the blend of milk and desiccated coconut, which drinks a bit sweet for me. 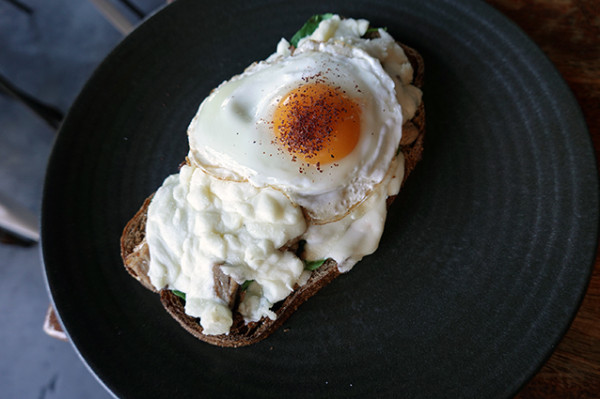 The Open Melt ($17) here is fancier than most, featuring 10-hour braised pork belly that tastes of brown sugar, cinnamon and star anise. 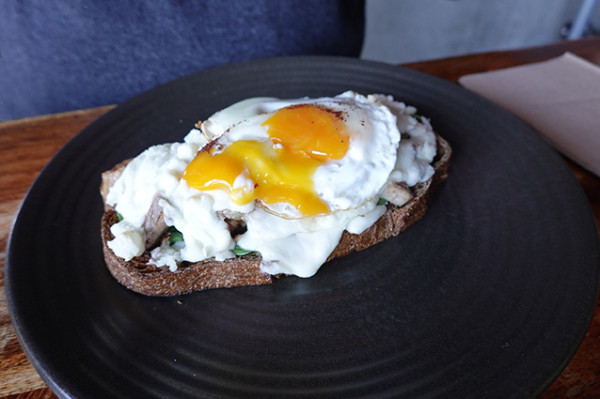 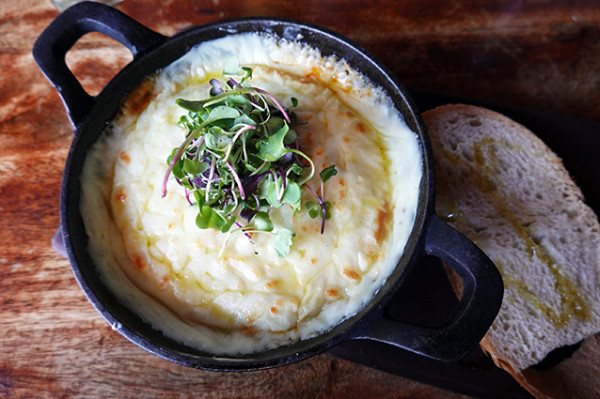 What I liked most about Local Mbassy is they’re clearly not afraid of being different. The idiosyncratic décor is matched by a menu that makes Vegetarian Moussaka ($19) into a breakfast dish. Served in a cast iron pan, the layer of eggplant, zucchini and mushrooms in a light tomato sauce is topped with a creamy inch of béchamel. While it comes out ten minutes after my dining companion’s melt, all is forgiven when I see the super fluffy béchamel has been freshly made. It sounded like an odd proposition, but moussaka worked surprisingly well as a wintery vegetarian warmer against toast served on a brand-embossed wooden paddle. See what I mean about their commitment to detail?