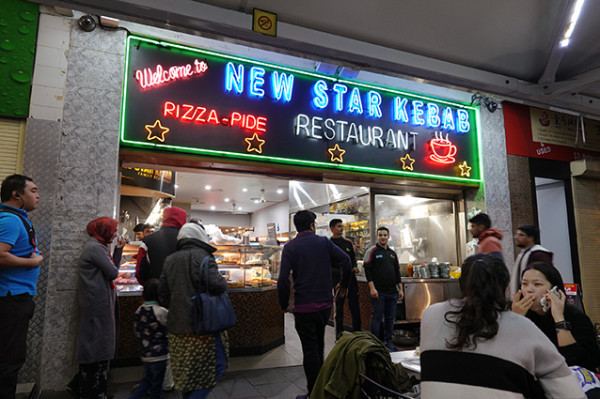 It’s Friday night and Auburn is teeming with people. This Western Sydney suburb has a lot more high-rise than I remember from nigh on thirty years ago, and the cultural diversity is wider with Chinese, Turkish, Lebanese, Nepalese and Indian ancestry making up the suburb's top five. 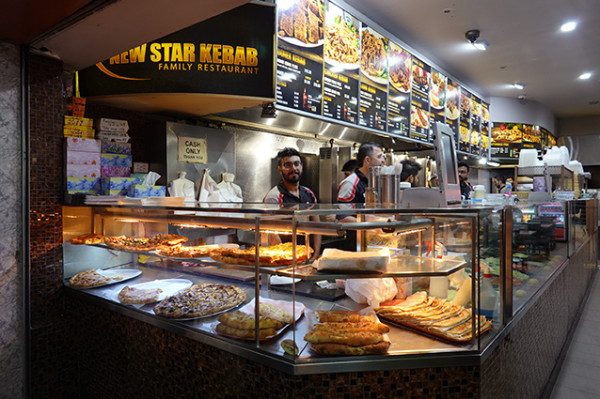 Weathering both the upwards growth and the cultural shift, New Star Kebab Family Restaurant has been serving the good people of Auburn for forty years. “In the past forty years, we have become part of Australian cuisine,” owner Atilla Tok explains. The multicultural crowd dining at his busy restaurant are testament to the fact that eating kebab is now as Australian as the ANZAC biscuit. 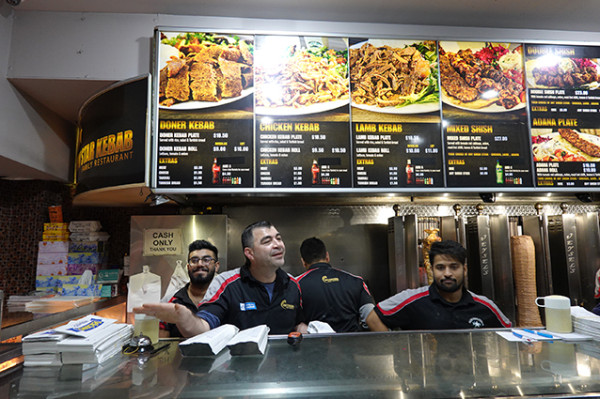 Tok immigrated to Australia 27 years ago, taking over the helm of this popular Turkish kebab shop in 2000, nearly twenty years ago. 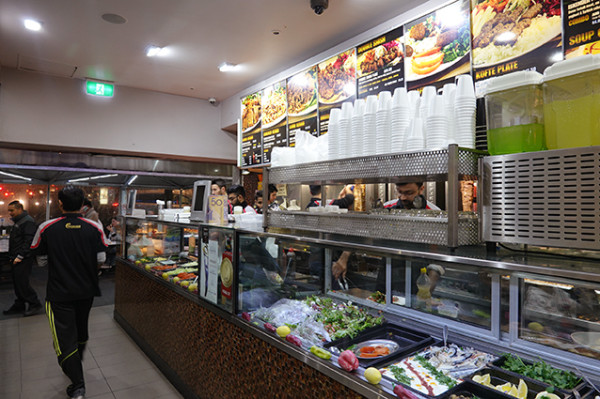 The menu has stayed the same throughout his tenure, with ninety percent of the food made right in front of your eyes  (basically everything bar for the salads). His all-male service team are plentiful in number and friendly in attitude, ready to get this Friday night rolling. 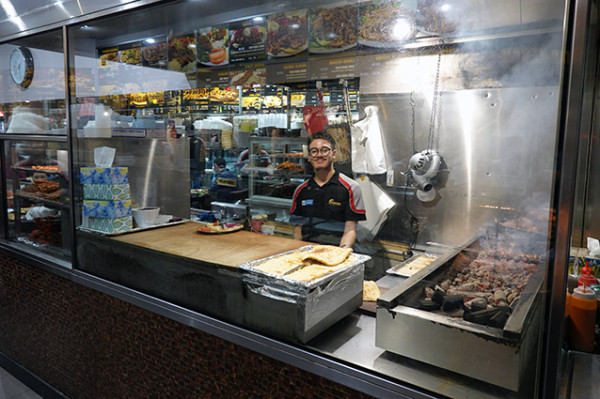 Demanding your attention even more loudly than the store’s primary coloured neon, is the mouthwatering aroma of charcoal cooking. It’s emanating from a glass booth where a smiling young lad expertly maneuvers kebabs over smoking hot coals using bread rather than tongs. Watching the bread picking up all the meaty juices, I’m pleased to see it make its way onto the Mixed Shish Plate ($27) along with your choice of three different kebab – chicken, lamb and adana. Dining with a group in the outdoor plastic tent that expands the kebab shop’s seating to about a hundred, we’re treated to some fancier plating that sees three mixed plates worth of kebabs arranged in the round with salads, rice and well-charred tomatoes. 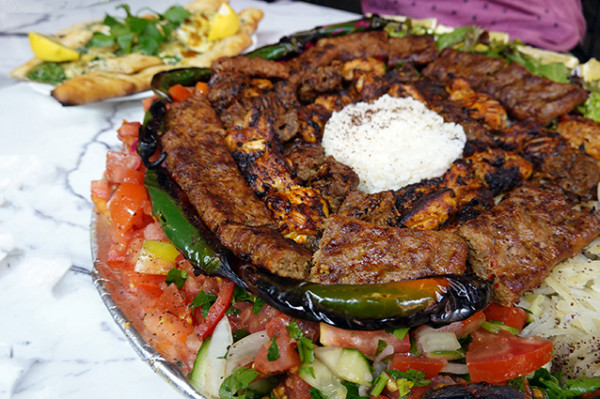 The produce is top notch, from the premium quality meats, all the way to the non-floury tomatoes, helped no doubt by the fact that Tok is his own providore via second business, Fresh Cut Australia. He runs this in his down time from New Star Kebab, a business that’s open seven days a week from 7am until 1am. 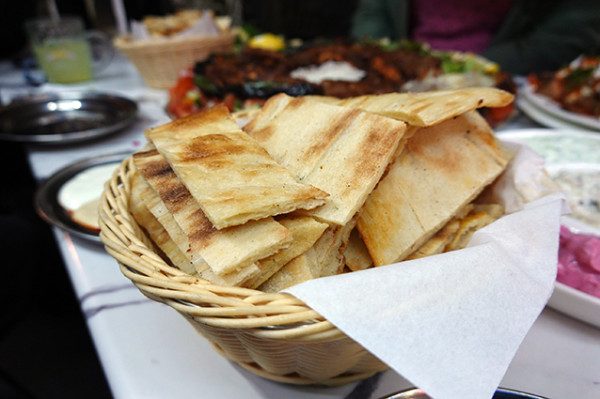 Picked up in still-warm Turkish bread, the hunks of lamb back strap and leg meat are tender and delicious. 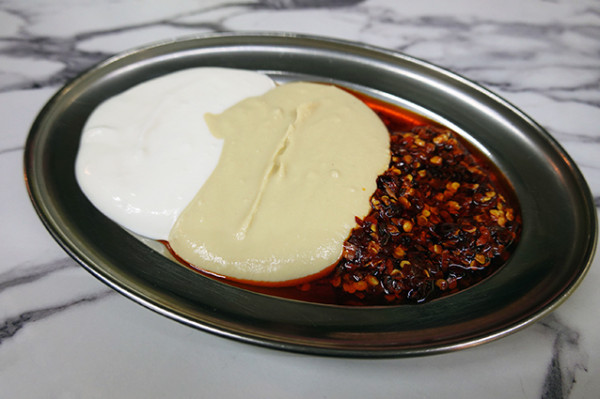 The chicken kebab is moist and well-charred, perfect against Turkish yoghurt garlic dip, a gentler sauce than the Lebanese toum you might be used to. 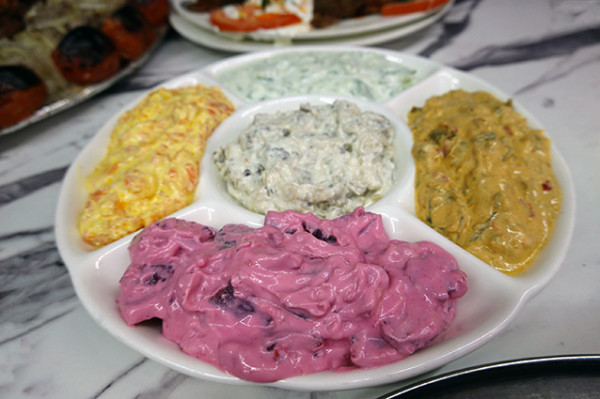 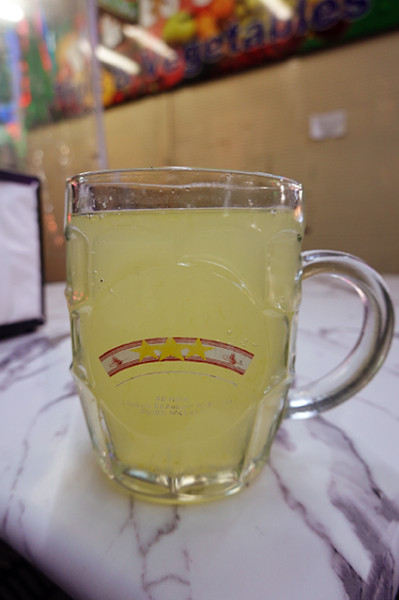 Roasted chilli sauce and the orange chilli dip in the platter of Mixed Dips ($10) keeps things lively as we mow our way through the meats, cooling our mouths on mugs of house-made Lemonade ($3). Made with lemons, sugar and water, it's lovely and sour, but not as sour as the purple cabbage salad. Tok points out this is an anomoly - someone in his forty-strong staff added too much lemon juice today. Personally I find it great as a palate reset as I move between the sumac, cumin and pepper-seasoned adana kofte and the shish plate's other items. 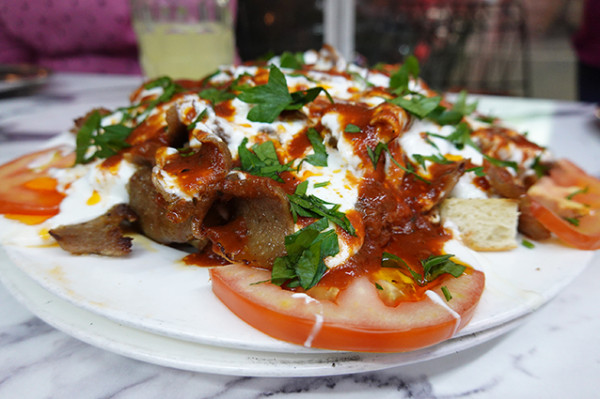 Fine curls of doner kebab meat join a mix of bread, tomato-based sauce and yoghurt, for New Star’s Iskender Kebab ($18), which is then baked in the oven. Here this dish is slightly modified from the Turkish original, which would normally see cold yoghurt added to the hot plate after cooking. Tok explains that his Australian audience wasn’t that keen on the hot-meets-cold sensation. 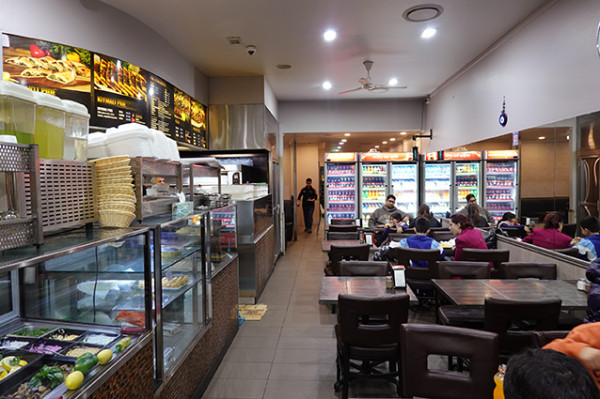 While New Star Kebab do make traditional pizzas, they’re listed way down the back end of the menu board for a reason – you should be eating Turkish pide instead! 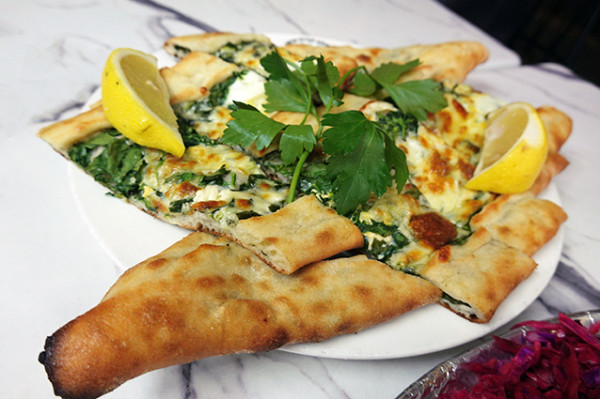 Opt-in for egg on the Ispanakli Pide ($21/large) with mozzarella, fresh spinach and fetta, it elevates this crisp, fresh pide into a satisfying, thing of beauty against a moderate squeeze of lemon. 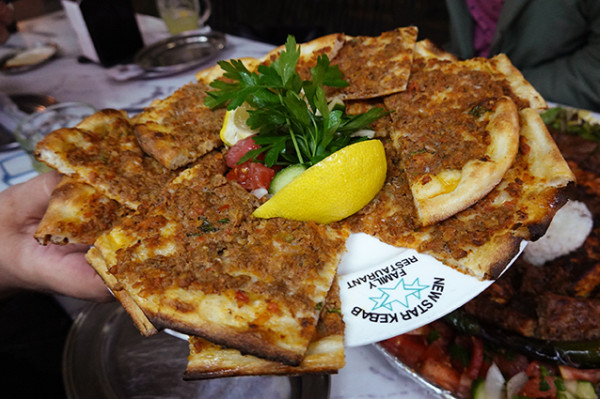 Kiymali Pide ($21) is given a fresh-parsley hit against ground lamb, onion, tomato and vegetables, and eats much lighter than other versions of this dish I’ve tried. I quite liked it against the babaganush dip, made here using baked rather than char-grilled eggplants, giving it a stronger eggplant flavour. 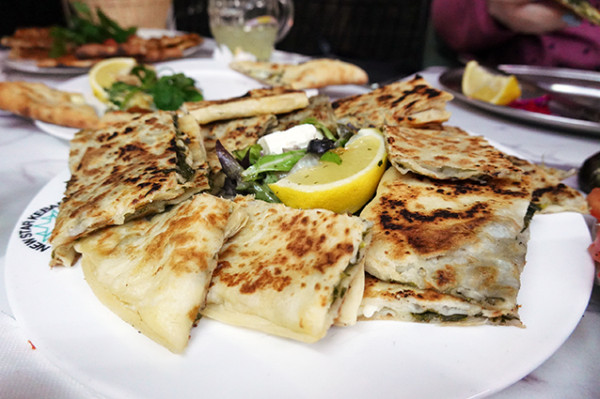 Setting New Star’s gozleme apart from the ubiquitous market stall ones you’ll find just about everywhere, is a team of older Turkish ladies who roll the dough out bigger and thinner than is possible to achieve in a market setting. The resulting Ispanakli Gozleme ($10) is wonderful, with crisp English spinach wrapped inside thin flaky pastry that's turned golden on the grill. 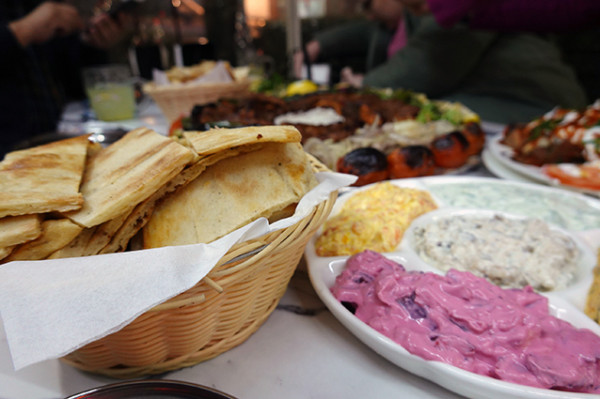 Tok’s philosophy of using good quality produce and not cutting corners sets New Star Kebab apart from other Turkish kebab restaurants I have visited. With a constant flow of people that continues throughout my meal, it’s pretty clear New Star doesn’t need reviews like this one to popularise their business, but I felt compelled to tell you about it regardless.