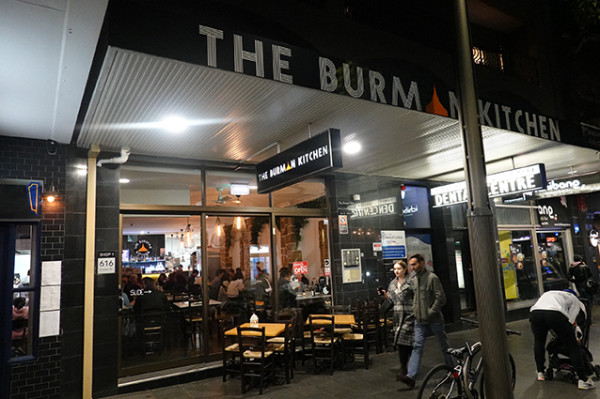 You don’t get a lot of opportunities in Sydney to eat Burmese food. The Burman Kitchen opened up a couple of years back in Granville, where it was frequented by Sydney’s Burmese community, before making the jump to Surry Hills late last year. Run by sister-in-laws, Lay Lay Naing and Tin Tin Khine, the restaurant gives you a chance to get acquainted with the flavours of Myanmar without leaving Sydney. 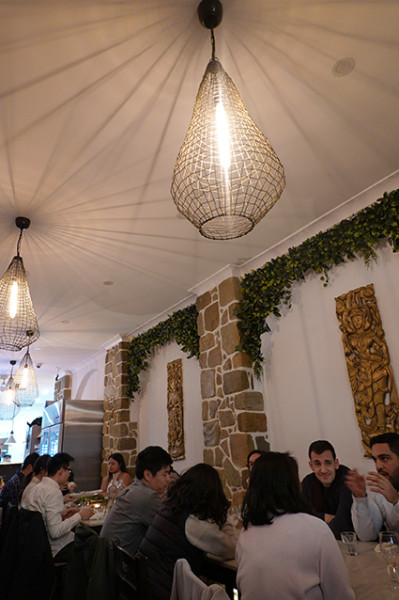 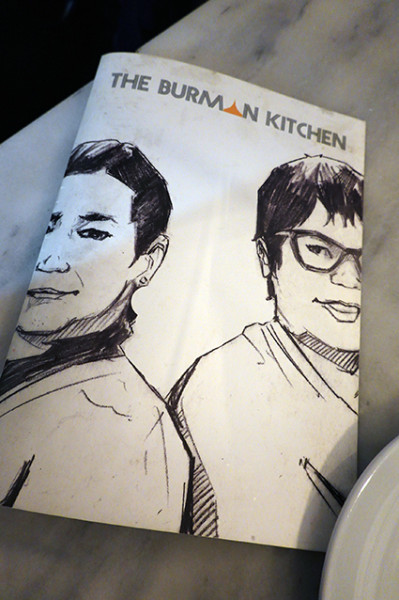 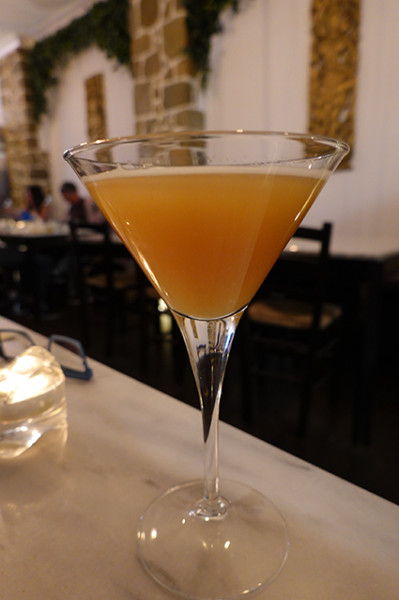 You’ll likely recognise some Northern Thai elements in the sourness, citrus, chilli and herbs; and a bit of Chinese in the Yunnan-style noodle dishes. 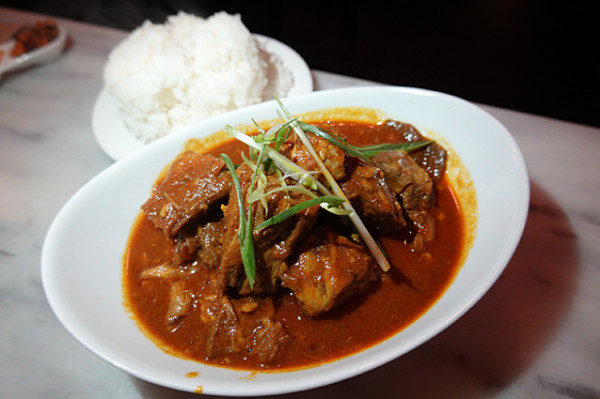 There's also some Indian, particularly Goan, influences creeping into the curries, like the Mango Pickle Pork Curry ($24), which had vinegary sourness that reminded me very much of Goan pork vindaloo. It makes sense, because Myanmar shares borders with each of these countries. 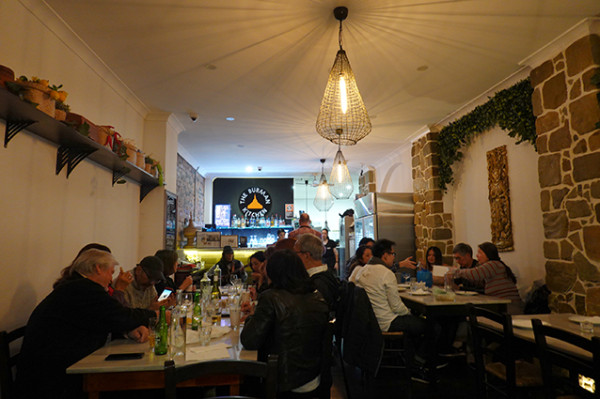 The simply decorated dining room is given a bit of character with fishing basket style lights that cast interesting shadows onto the ceiling. Tucked below the glowing yellow counter, a musician quietly busts out acoustic guitar versions of well-known classics, running from The Girl from Ipanema to Speak Softly, Love - Nino Rota’s song popularised as the theme music for The Godfather (1972). Two rows of tables include a couple of large groups, full of Burmese faces. The menu really lends itself to group dining with woven bamboo basket share platters, Zakor Htamin ($100-140), that present an eye-catching array of snacks, curries and salads on bright green banana leaves. 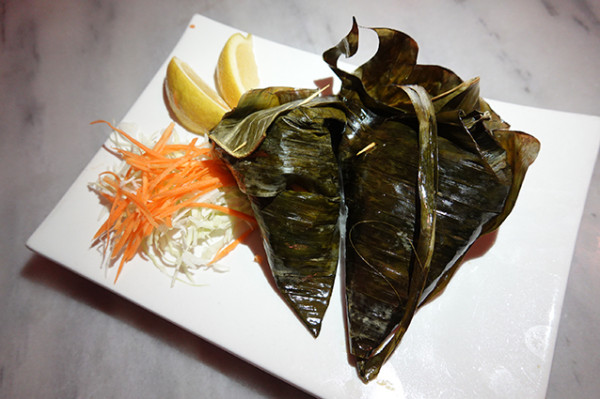 Craving a bit of their leaf action, I settle for the more moderately-sized Steamed Banana Leaf Fish Wraps ($12). Two leaf-wrapped parcels arrive faster than our cocktails. Upon unwrapping, you’ll find a piping hot cone of basa fillet, tiny mussels, zucchini, banana flowers and shoots, and mildly flavoured straw mushrooms to enjoy, that is both unfamiliar and tasty against a squeeze of fresh lemon. 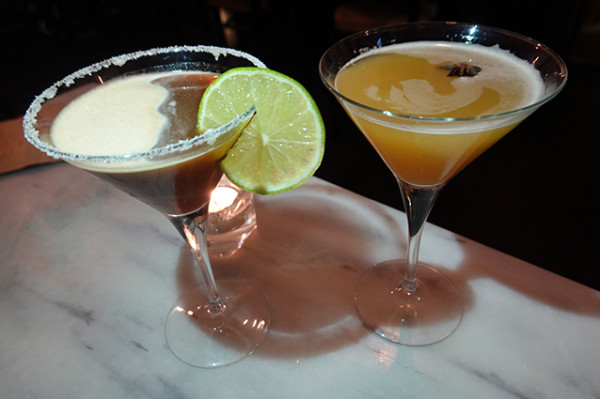 With only seven mainstream wines (none over $34), and the only craft beer from their four-strong selection already sold out, we opt to drink cocktails. The Chilli Tamarind Margarita ($15) is a bit intense, and I’m not convinced by the creamy topper. Stolen Rum disappears too far in the Spiced Pineapple Daiquiri ($15) under the dominant notes of sweet pineapple and star anise. 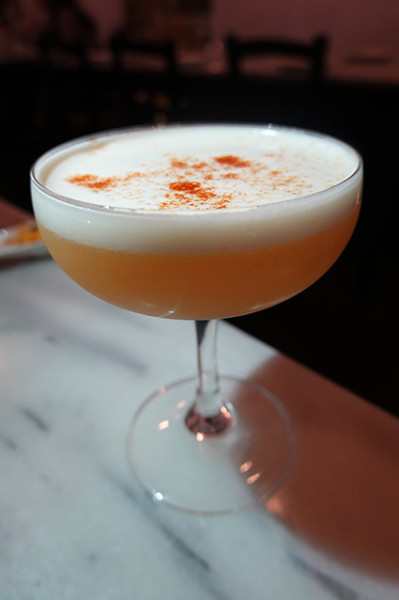 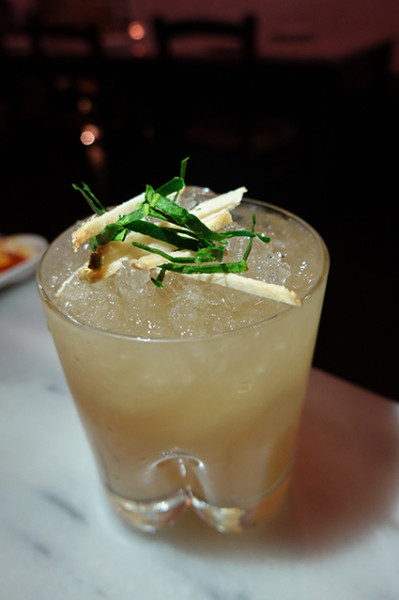 The Passionfruit Gin Sour ($15), on the other hand, is a real winner. I suspect the Burmese flavour palate has helped ensure that it’s a genuinely sour cocktail, which makes you actually appreciate the egg-white foam. Topped with fresh ginger, the South East ($15) is tied to the cuisine with a kaffir lime addition that really works against whiskey and ginger ale, the latter balanced with enough lemon to make it far from sweet. 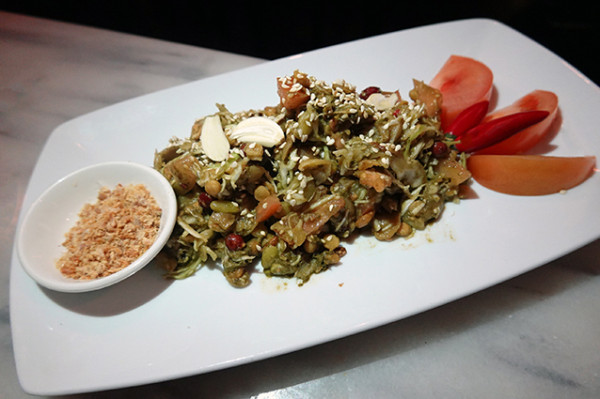 Salads at The Burman Kitchen are far from your standard tomato and lettuce affairs. For Burmese people, their favourite leafy green is the tea leaf, and you’ll find it served pickled and fermented in Laphet Thoke ($20). For a salad, this is a highly textural dish with crisp peas and nuts and very little greenery bar for bean sprouts, bound together with a lemon and fish sauce dressing then scattered with crushed dried prawns (presented separately), garlic chips and sesame seeds. It wasn’t what the menu description led me to believe it would be like, but it grew on me. 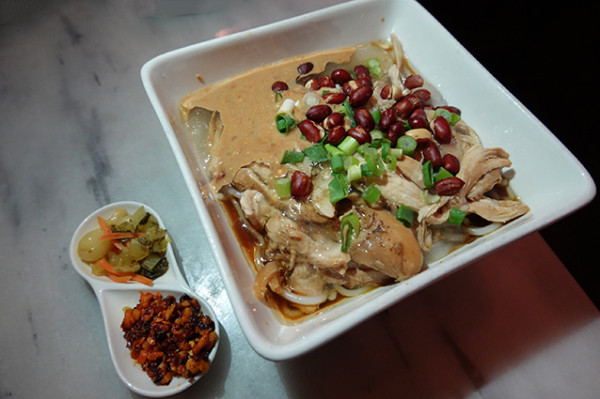 And perhaps that’s the clincher, you’ll like The Burman Kitchen if your palate is craving something new, and you enjoy plucking at your memory for analogies. Meeshay ($18) took me straight to the Yunnan region of China with rice noodles and fermented soy bean paste. You garnish it at the table with pickled chillies and sour mustard leaves, which I enjoyed during my recent meal at Spring Yunnan. The thick noodles are super slippery, arriving at the table only barely warm with lots of vinegar, dotted with pulled chicken and peanuts. I don’t have enough comparisons to tell you if the serving temperature was a mistake or  intentional, only that cold noodles are popular ways to cool down in the Chinese summer, and that I wasn’t all that enamoured with this dish.