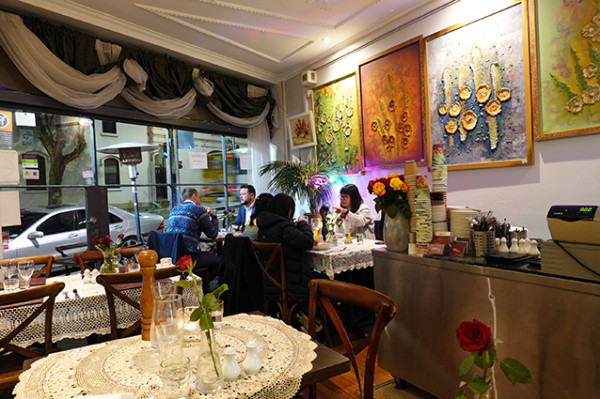 When you visit Alchemy Polish Café Restaurant, the Polish Pickles ($6.50) are your must-have meal accompaniment. 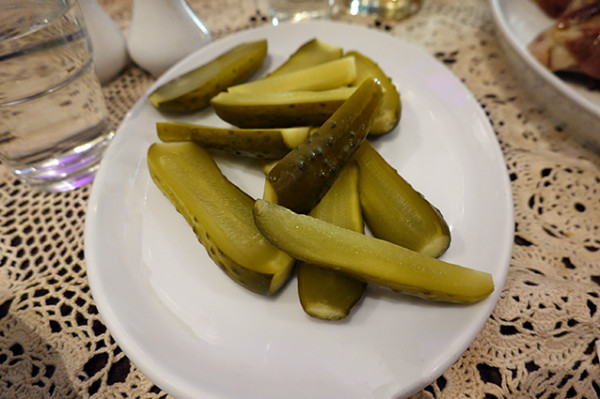 “They’re made by my wife, who has half of a heart,” owner Janusz Pawlak explains, eyeing our expressions through a drawn-out dramatic pause, then adding, “because the other half is mine.” Along with the plate of crunchy cucumber pickles, Pawlak’s warmth and his comedic delivery of well-honed one-liners - like “missing you already” as you walk out the door - are a big part of the attraction here. 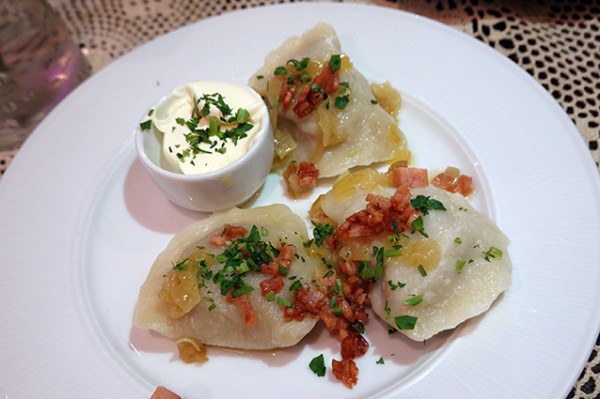 Then there are the Polish dumplings – pierogi – which are next level amazing, whatever the flavour you happen to choose. Pawlak’s favourite are the buckwheat kasha made with toasted buckwheat and pork fat. We split six Pierogi ($18.50) between us, pitting the buckwheat against sauerkraut and mushrooms, which have an interior of tangy cabbage rounded out with a dried porcini hit, and duck pierogi. We take them boiled and topped with Sour Cream ($2.50), Bacon ($2.50) and fried Onion ($2.50). We marvel at their delicate skins, which allow their tasty interiors to be the focus, without doughy, starchy or gluey distraction. 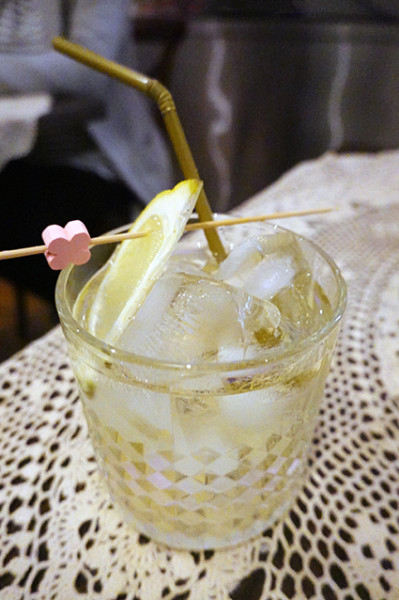 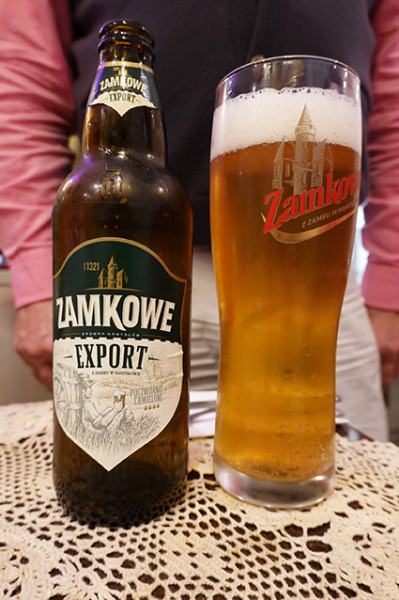 Washed down with Szarlotka ($15) – a clever blend of Bison Grass vodka and apple juice balanced with a squeeze of lemon – or a fruity Polish beer like Zamkowe ($9), these pierogi are easily the best I’ve tried in Sydney. 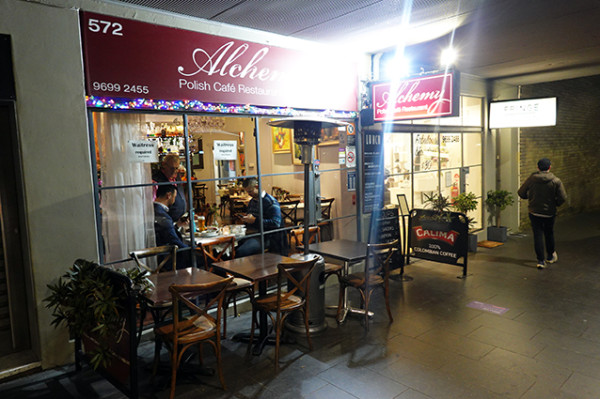 I’m kicking myself for not visiting this eccentric Surry Hills eatery sooner. It’s been at the lower end of Crown Street for nigh on eleven years, and I swear I’ve been meaning to visit for at least ten of them – ever since I saw a chalkboard sign advertising their roast goose. While rising prices of this coveted fowl have seen it pulled it from the menu, there’s still plenty to get excited about. 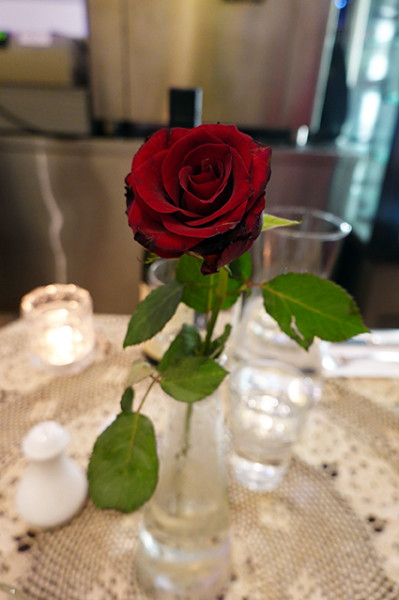 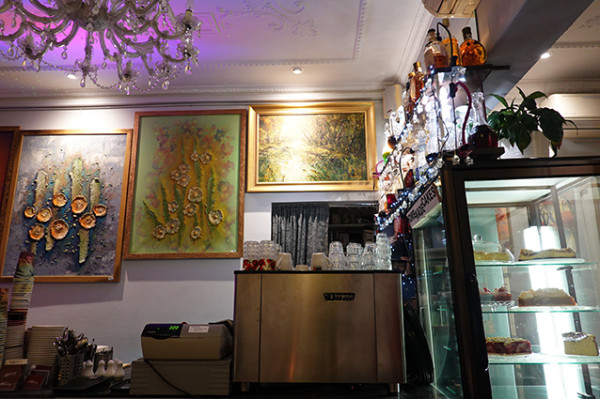 The two-room restaurant is better than it looks from the outside too. Each table is adorned with a vintage crochet tablecloth and freshly cut dark red roses. The flower theme continues into a range of nicely lit, gold-framed impasto paintings done by a Polish artist. Over the counter sits a nicely lit shelf of cut crystal decanters. In contrast to this old-school formality (perfectly complemented by a soundtrack of jazz) disco lighting bounces off the moulded white plaster ceiling, with a mirror ball dangling from the second chandelier. The whole effect is a little wacky, but, at the same time, rather charming. 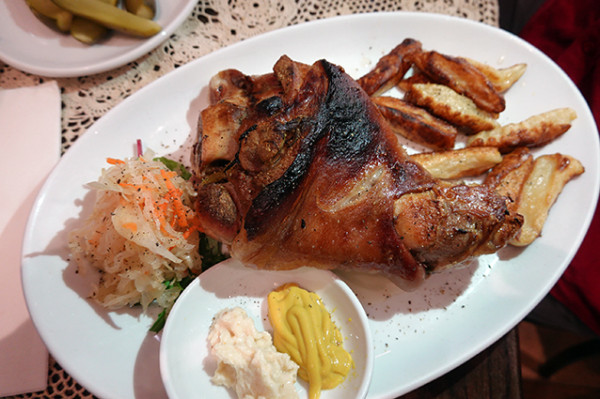 Presented on large, oval plates, main meals here are certainly hearty. The Pork Shank ($32) or golonka hides a remarkable amount of moist, tender pork under slightly blackened skin, accompanied by horseradish and sharp yellow mustard to cut against the richness. Chewy fried gnocchi (kopytka) and a mound of sauerkraut round out this substantial plate of pig. 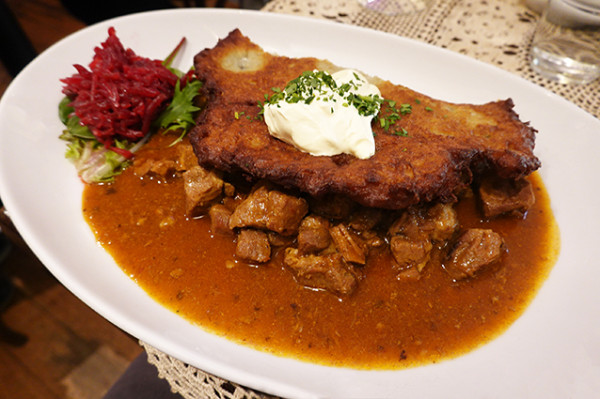 Tucked inside a potato pancake, the Pork Goulash ($31) proves even more delicious. The pork goulash is rich but surprisingly light, and the crisp-edged potato pancake it is folded inside, is its perfect foil against a dab of sour cream and beetroot salad. 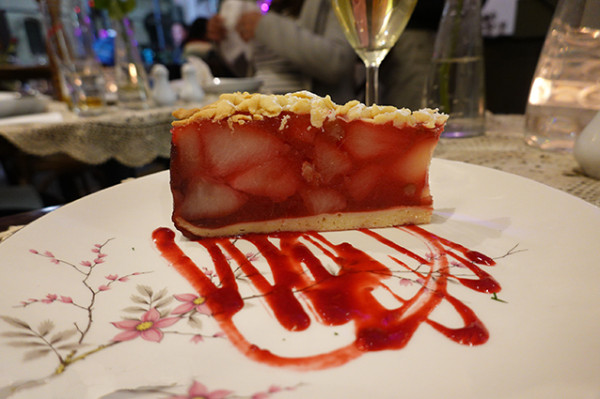 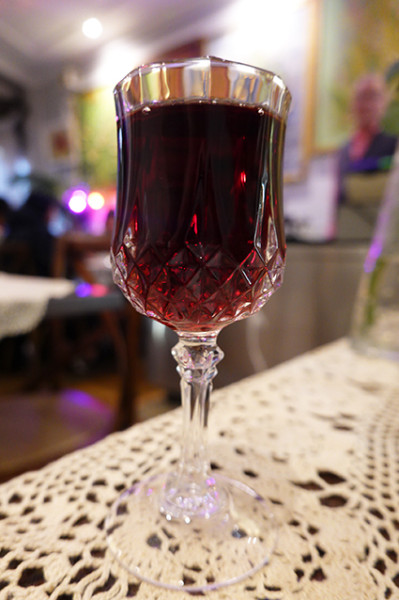 While we’re stuffed to the gills, sitting by the glass cabinet full of homemade cakes entices us into a shared slice of Plum Cake ($9). With a pastry top and base, it’s a juicy collection of pear slices set in a plum jelly accompanied by tart rhubarb coulis (and cream or ice cream if you so desire). With more space I’d have given the Napoleonka ($9) a go – it’s the best-looking vanilla slice I’ve seen in ages.

While we’re eating our cake, Pawlak is circulating with a twisted cut crystal decanter of backyard hooch he calls a medicinal tincture. Made from wild cherries and herbs against a neutral spirit, it’s similar to fruit-based liqueurs like schnapps, and is said to aid digestion. It’s well received by the Polish clientele, who seem to make up at least one person on every single table (including my own). Alchemy is clearly the favoured place to bring partners and friends to introduce them to fine Polish cuisine.