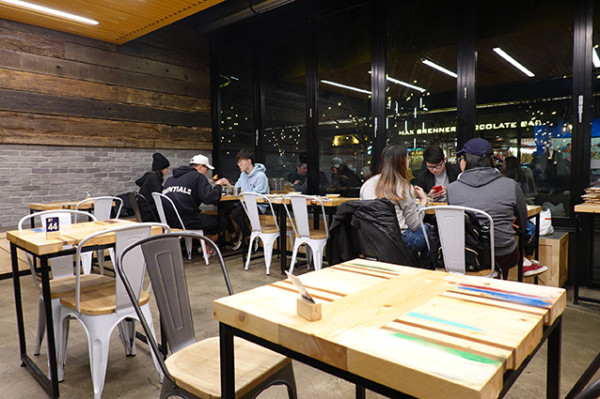 Gami Chicken & Beer are an Australian chain of Korean fried chicken stores. The popular chain is the work of four former Korean students who studied together at Monash University in Melbourne. Central Park is the first of two NSW outlets, with another one in the ACT, and a pair over on the west coast of Australia, joining the tonne of shops across Victoria. 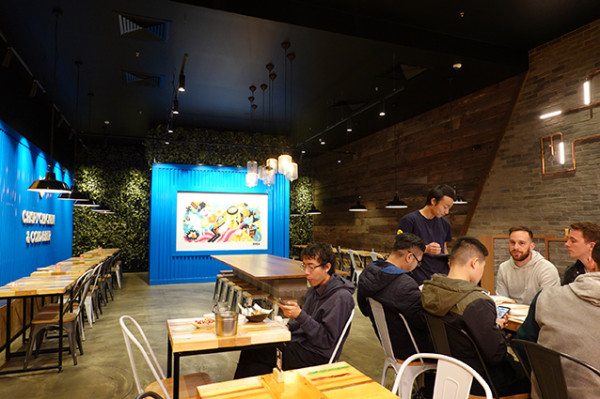 While it begs to be treated as late night drunk food, Gami Central Park closes at 9pm each night, with an 8.30pm last order deadline. We start drinking early and scrape in at cut-off time, joining a crowd of mostly young people. We’re quickly seated in the brightly lit space, decorated with a shipping container corrugated iron aesthetic painted in the brand’s key colours – bright yellow and royal blue. Taking in a mural by Brooklyn-based Aussie artist, Brolga, our heads are quickly bopping to Kideko’s The Jam. The whole soundtrack feels like being at Day Club – a phenomenon that Sydneysiders enjoyed before the current NSW Government ruined everything (including late night kitchens). 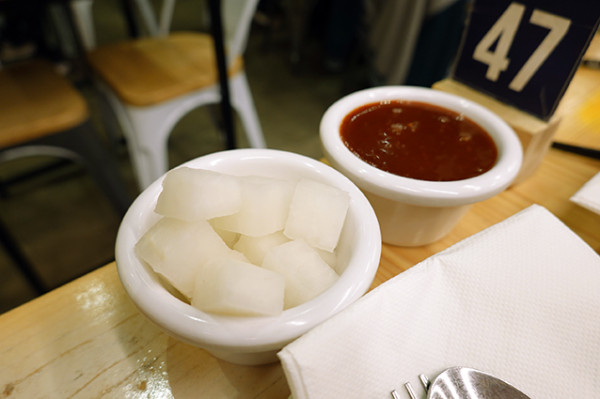 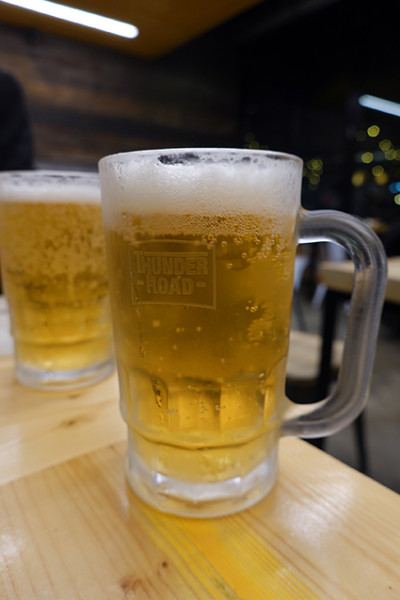 Needless to say, as hungry drinkers, our first need is beer, and Gami obliges with on-tap Gun:Bae ($6/300ml) that you can also have by the Jug ($19.50) or Oak Keg ($64) if you were smart enough to descend upon Gami with a big enough crew. It’s a quaffable, slightly cloudy pale lager made exclusively for Gami by Thunder Road Brewing in Brunswick. 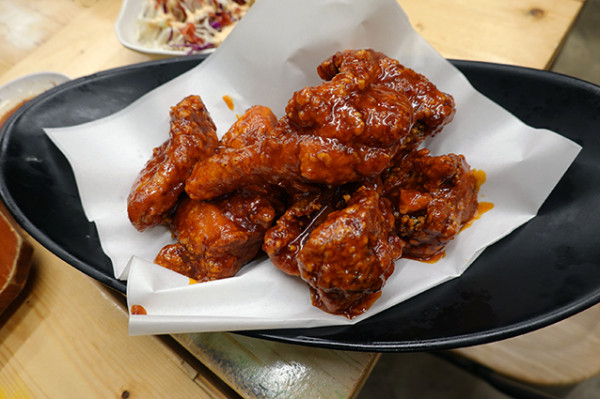 We clean our palates for the Korean fried chook onslaught with cubes of pickled daikon. From the selection that includes their popular boneless chicken, we opt for a Half Chook ($19.50). These tasty, bone-in fried chicken morsels are coated with Gami’s signature seasoning mix of mystery herbs and spices, then slathered with sweet chilli, soy garlic or spicy chilli (each of which can also be served as a dipping sauce on the side). 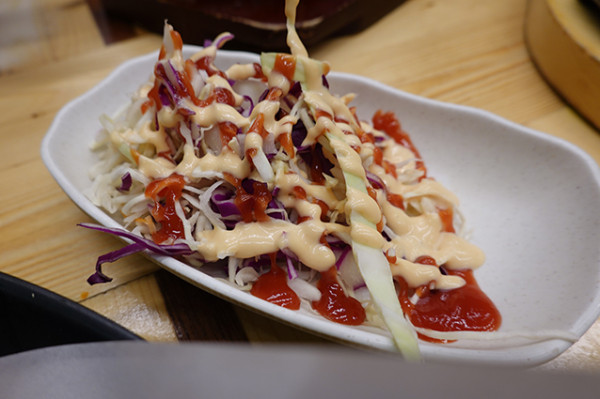 Taken in spicy, the RSPCA-approved chook is genuinely hot – the fierceness sets it apart from many other over-sweet Korean fried chicken that I’ve tried. 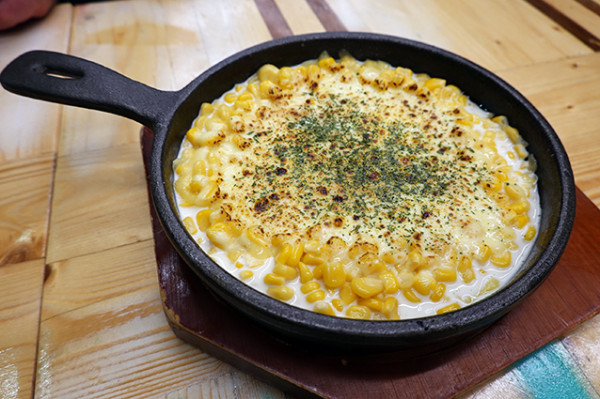 Moderate it with forays into the accompanying cabbage coleslaw or pile it up onto your plate with a topping of stringy-sweet Corn Cheese ($11). 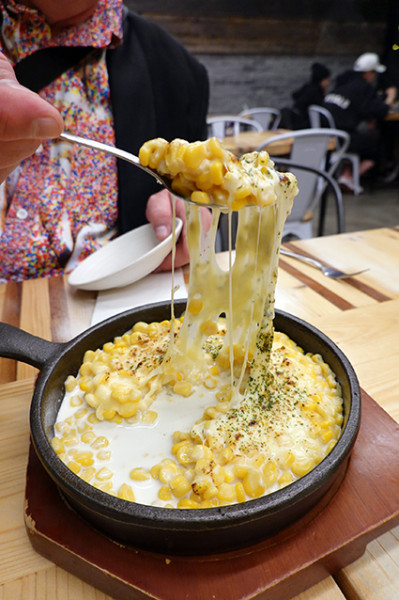 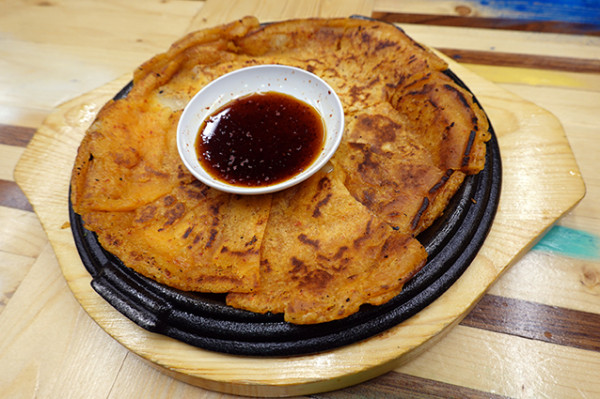 While the keen-to-close kitchen rushed out this hot plate of seasoned corn kernels topped with scorched mozzarella cheese, meaning it was a bit too milky, it’s still delicious smeared over chook or jeon. At Gami the traditional Kimchi Pancake ($16) sees coarsely cut kimchi, onion and shallots coated in pancake batter and fried until it’s a semi-crisp orange disc. It arrives with a soy and rice vinegar dressing that cuts through the stodge rather nicely. 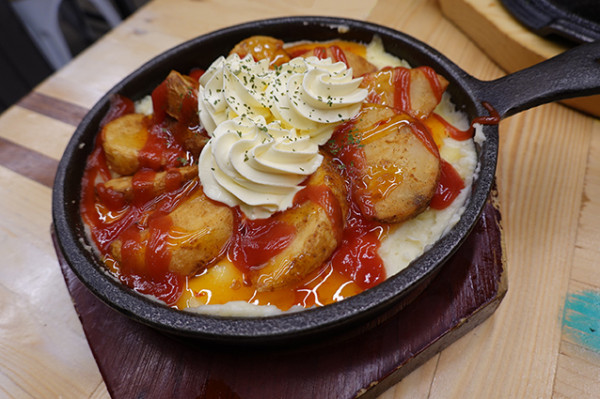 With the aptly named Potato Heaven ($16) being somewhat of a Gami signature, we’re unable to say no to some layered cheesy potato goodness. While it’s slightly sweet from plentiful lashings of sweet chilli sauce, the sour cream topped dish sandwiches melted mozzarella cheese between creamy mashed potato and wedges – it’s nothing a pot of Spicy Chilli ($2) can’t fix. When you combine this mash, the coleslaw and your spicy fried chook together, you’ll wonder why all your childhood memories of KFC family boxes suddenly seem lifeless and bland.