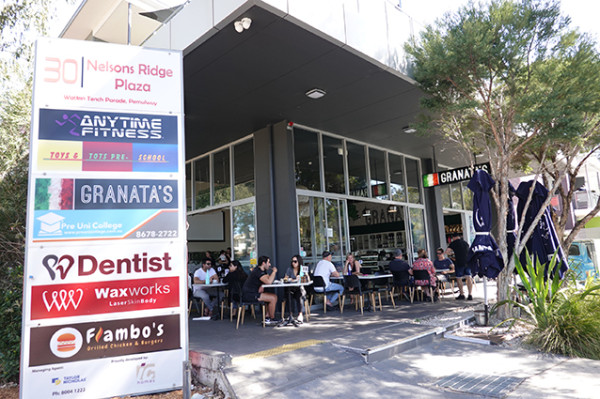 It’s hot and dry on the day I visit Pemulwuy. The suburb is named for an Aboriginal resistance fighter, who battled incursions of British settlers for his homeland, focusing on the nearby Toongabbie settlement. 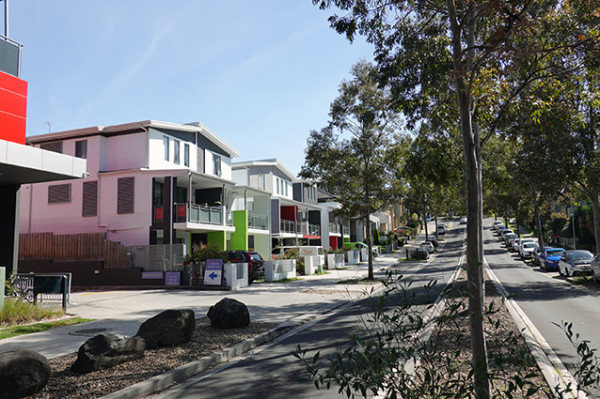 Today, row after row of identikit multi-storey homes in neutral shades with alternating bright feature walls so you can tell your house from your neighbour’s, seem to imply that resistance is futile. Each house butts up against the next, taking up every permitted inch of land. The divided roads are populated with nature strips; trees planted equidistant from the next, their leaves that particularly Australian shade of olive drab. For two hundred years, this land was used as a quarry, but in 2004 it became a new suburb, and these were the residential developments that followed. 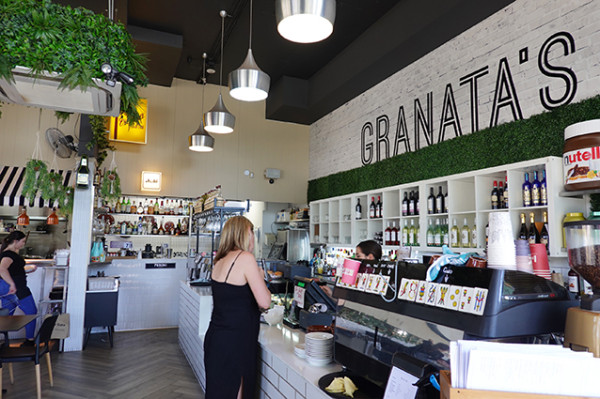 Granata’s has been part of the Pemulwuy landscape for six years. 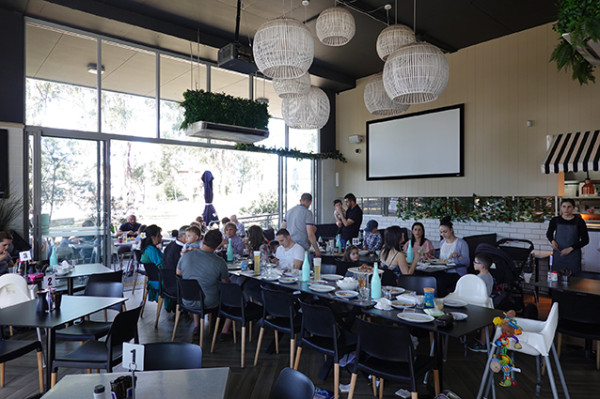 Run by the Granata family, who are now Merrylands locals after spending thirteen years in the Inner West, this popular spot builds upon their experience at Via Leoni Ristorante in Five Dock. 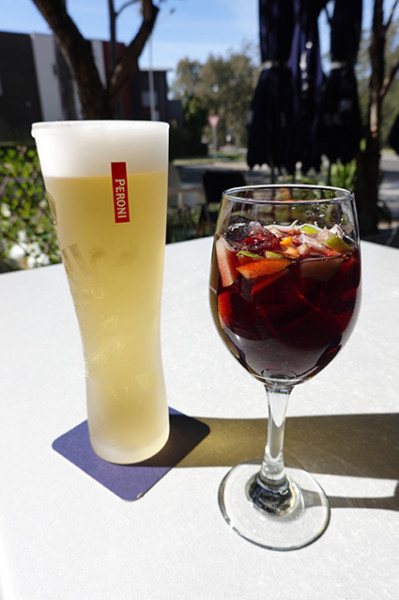 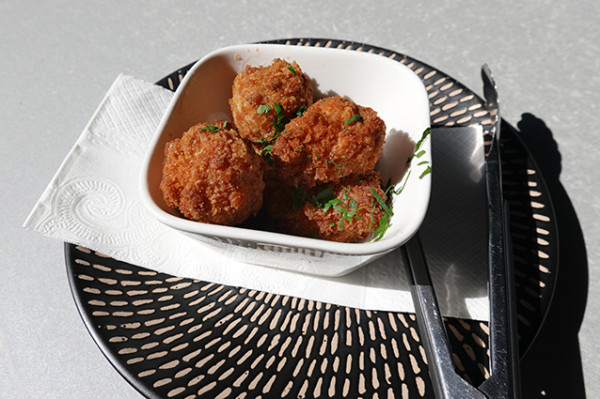 It’s Real Housewives territory and my dining companion is quickly settled at an outside table with a glass of Lisa Vanderpump Sangria ($8) rounded out with fresh fruit and ice by the restaurant. Taken from a short wine list where everything comes in under fifty bucks a bottle, it’s surprisingly good, with a tannic tea-like grip that dries up nicely on the palate. I suffice with on-tap Peroni ($9.50/500ml) served ice cold to make it a perfect antidote to the hot day. 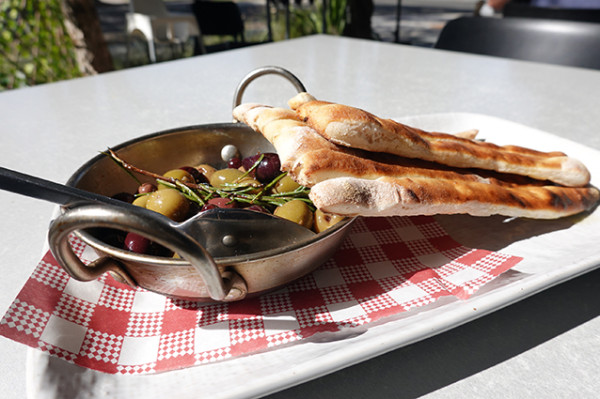 A bowl of crumbed, feta-stuffed olives kicks off our eats, though the real stars are the Flambe Olives ($18), cooked with Sambuca, brown sugar, olive oil, rosemary and chilli. Accompanied by sticks of pliable pizza bread that you can use to gobble up the tasty juices, these high-quality mixed olives easily justify the outlay. 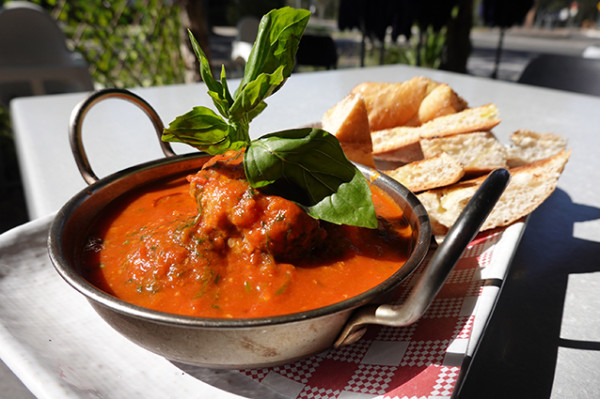 “You guys are lucky! Nonna was here today,” the youngest Granata enthuses as she lands our Polpette ($16). Nonna has a light touch; her not-too-dense meatballs are easy to enjoy against bright Napoletana sauce and toasted bread. 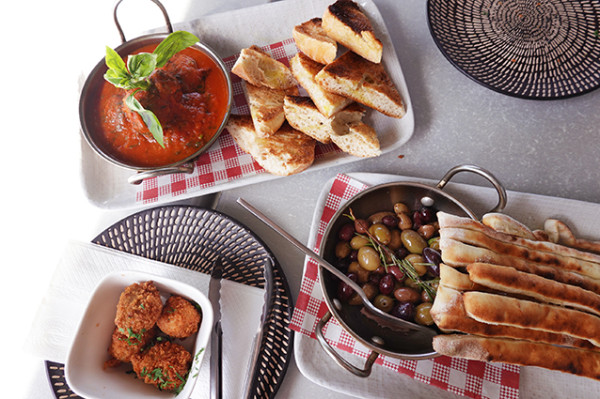 While the menu focuses upon home-style Italian dishes, the Granata’s team “sometimes venture out of the Italian,” Gino Granata explains. He cites the day’s special – a teriyaki chicken stuffed G’s Cheese Stick ($18) as an exemplar - but I’m personally more swayed by the plain version. 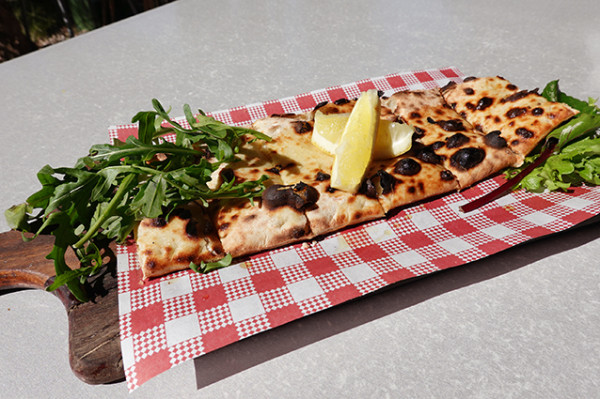 The tasty cheese bread sees well-scorched pizza dough folded around a non-oily melted white cheese from Chicago. With a squeeze of lemon and a pinch of rocket leaves, it’s rather compelling! 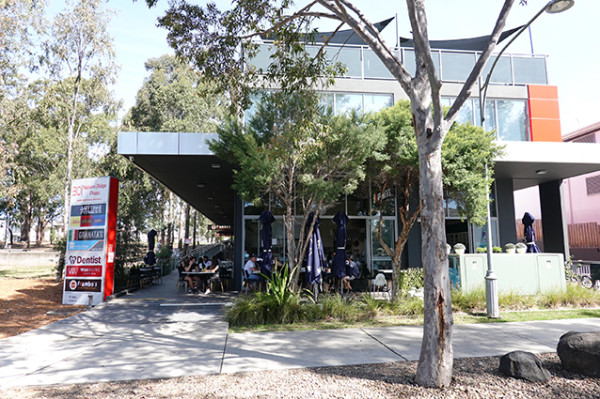 Grooving along to a solid Nineties soundtrack that jumps from the Spice Girls to Fat Boy Slim to Right Said Fred, we wait for our main meal in this upbeat, family-focussed space. A steady procession of children are escorted past our table to play in the park that forms the restaurant's view. 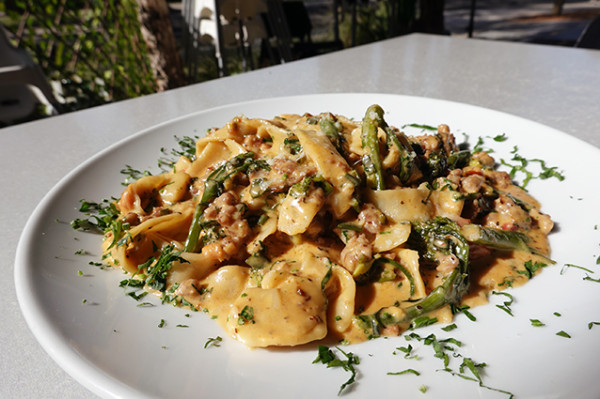 From the specials board, we opt to eat Creamy Veal Pappadelle ($32), which showcases Granata’s in-house pasta making skills. The thick, hand-cut ribbons of pasta arrive well-coated in an reduced creamy sauce that punches savoury mid-palate quite intensely. The pliable pasta is tangled up with broccolini, mushrooms, veal mince and cherry tomatoes, then freshened up with continental parsley for a robust dish. 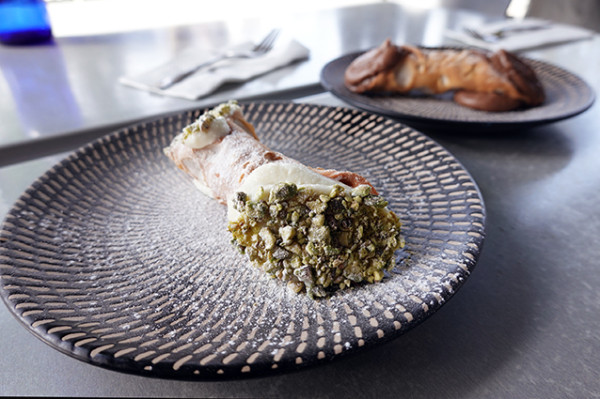 Bought in Cannoli ($4.50/each) from Leichhardt’s star Italian pasticceria, Mezzapica, are filled in-house with creamy ricotta and pistachio, yogurt-like chocolate or vanilla. 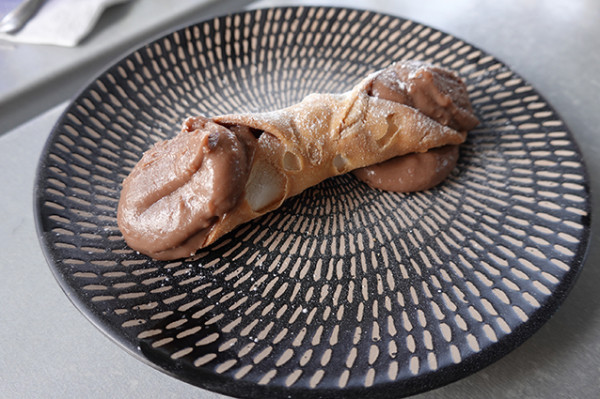 They’re a good finish for a spot that eats better than the traditional Italian menu reads. Granata's also have the flexibility to give Pemulwuy residents exactly what they want - even if it is teriyaki chicken in an Italian cheese stick.