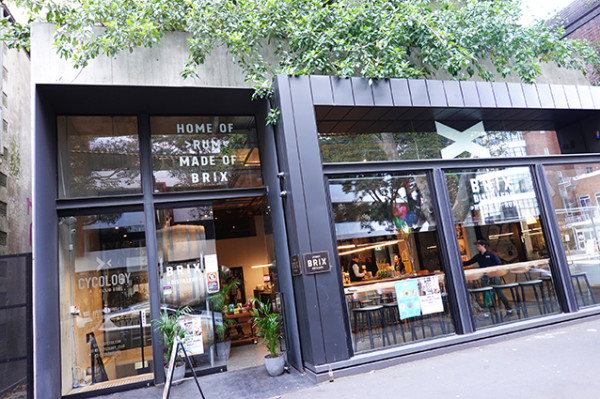 Sydney was built on rum. In our early colonial days, rum was used as currency. When Governor Bligh, under instruction from the Colonial Office, tried to prohibit the use of spirits as payment, he was overthrown in an 1808 military coup known as the Rum Rebellion. While the coup was about more than just grog, it certainly centralised the spirit in our history. So, if we’ve been drinking rum since 1788, how is it that Sydney only has one craft rum distillery? On the advent of their first birthday, I headed to Brix Distillery to find out… 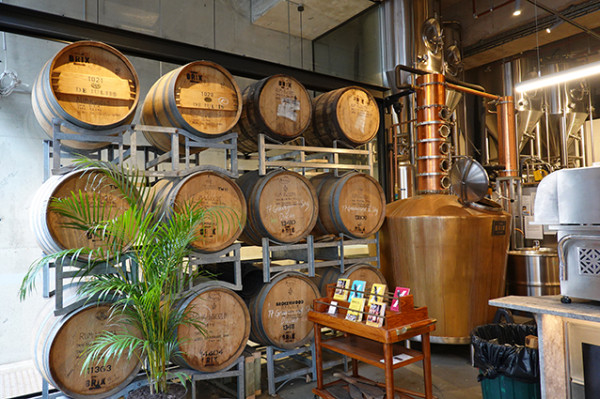 You’ll find the distillery on Bourke Street at the base of a beautiful plant-draped eight-storey concrete residential block designed by Woods Bagot. 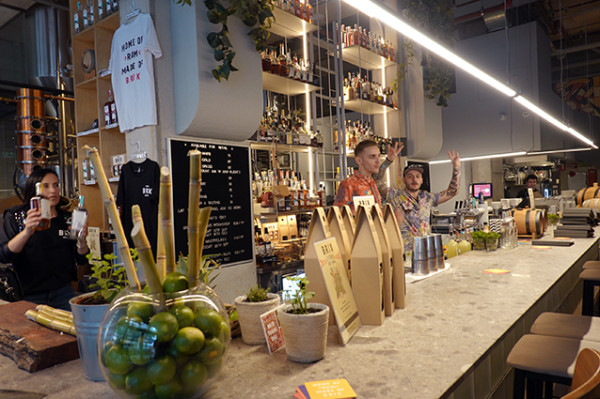 Brix Distillery is the brainchild of a trio of rum drinkers - Damien Barrow, James Christopher and Siddharth Soin – who you might know from Cammeray’s The Public. 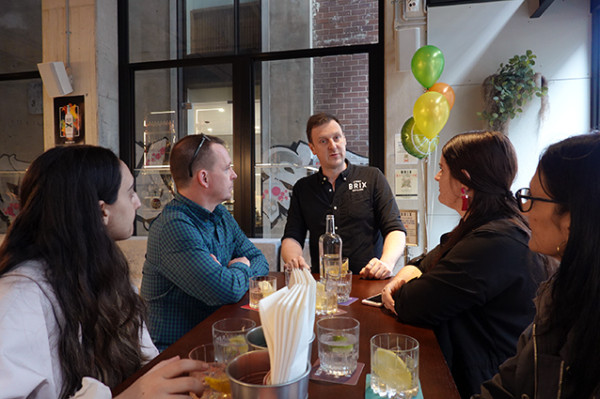 “We wanted to make a product that we could take out into the world and show people, not just wait for them to come into our bar,” James Christopher explains, as he takes me on a distillery tour. 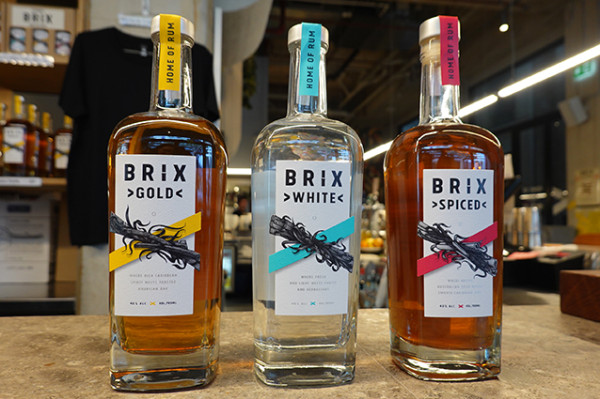 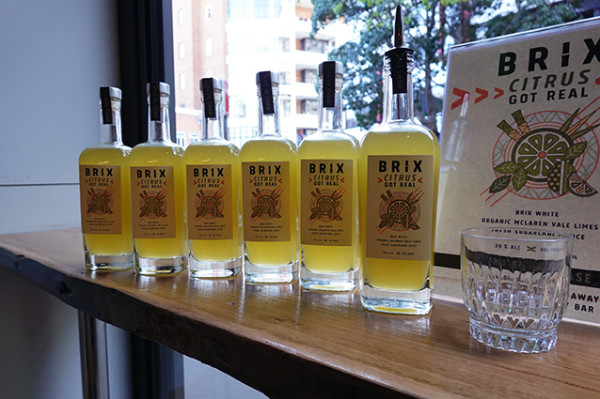 Tonight, on the occasion of their first birthday, they’re launching a limited release Citrus Got Real ($99/700ml) rum made using limes from a McLaren Vale winemaker. This citrussy rum is made using lime skin and lime leaves, sugar cane juice and native lemongrass. It's a tart, summery drop that will appeal to limoncello drinkers. While it’s lovely on ice, for their birthday bash they’re lengthening it into a spritz with soda water and mint. I can also imagine it would make a great rum hot toddy in winter. 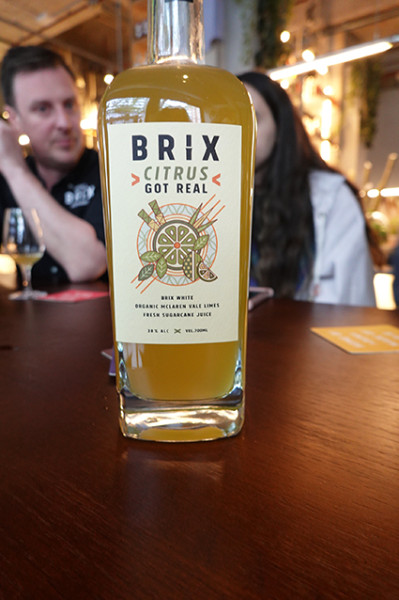 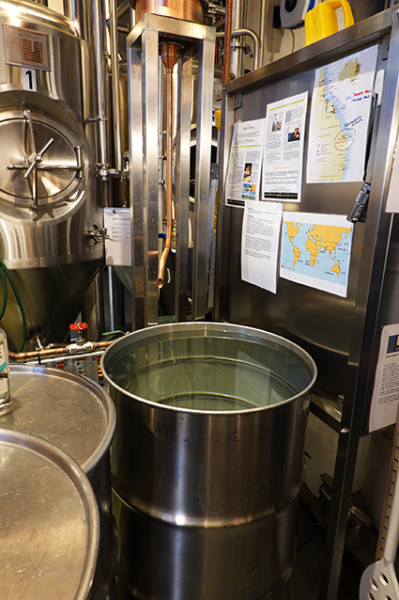 The base spirit is their own Brix White ($75/700ml). To understand why they can’t call it rum you need to look to the federal Excise Act (1901), which stipulates brandy, whisky or rum manufactured in Australia must be aged in wood for at least two years. 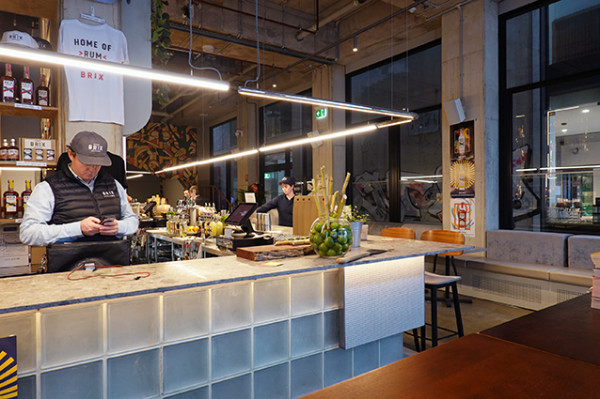 To call it white rum, the Brix crew would have to stick it in a barrel for two years, then charcoal filter it, by which time the price would be too prohibitive for a drink we tend to use in cocktails. Brix White has a clean, spicy flavour that would work over ice or with FeverTree tonic as an aperitif, or with a sugar cube and a squeeze of lime as a rum punch. 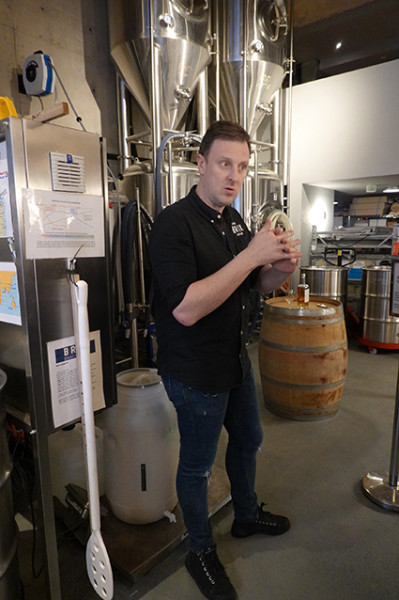 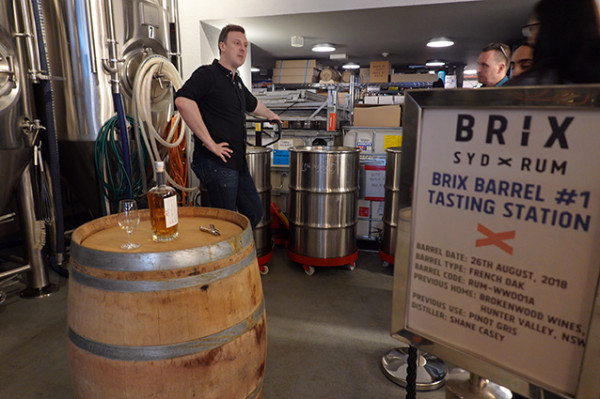 It’s made here in the Surry Hills distillery using premium quality Australian molasses. Molasses is a waste product that comes when you’re making sugar from sugar cane. At the rougher end, it’s salty and complex, and usually used as stock feed because it has high nutrient and potassium levels. The highest quality molasses is the stuff left behind when raw sugar is refined to white sugar. It loses the plant-like complexity and becomes a caramel coloured toffee syrup. Brix take this high-grade molasses and mix it with carbon-filtered Sydney water to make it thin enough for yeast to penetrate it. This wash is transferred to the fermenter where yeast is added. Fermentation produces heat and spits out carbon dioxide bubbles into a bucket as the yeast gobbles up the sugar and creates ethanol. 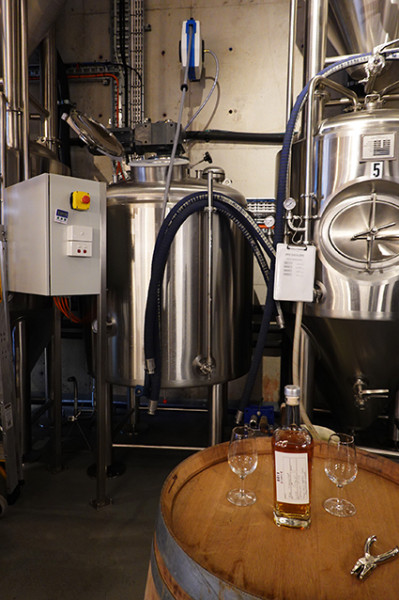 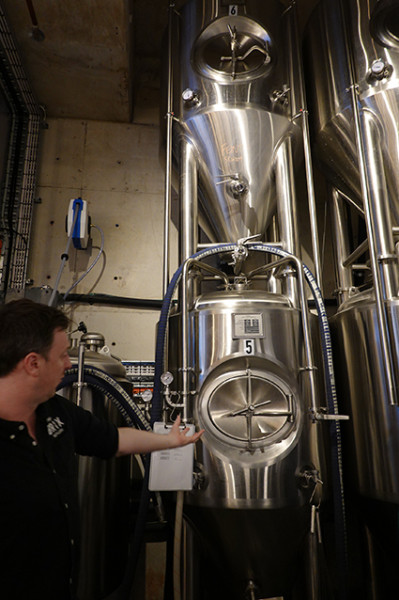 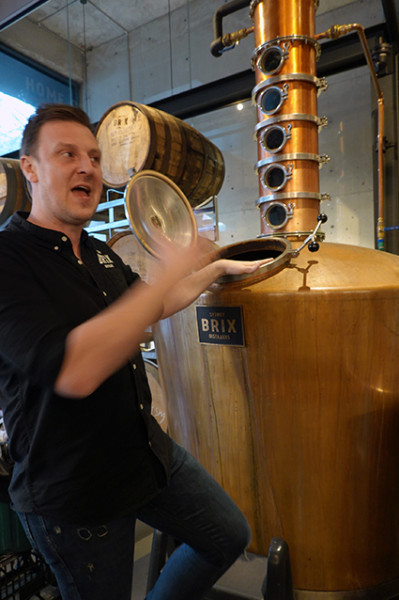 Alcohol is extracted from the mash through distillation, which is done at Brix in a beautiful 1200-litre copper still. There it’s boiled at a temperature just below that of boiling water, so the alcohol evaporates, climbs up the column of the still as a gas, passing through copper plates along the way to pull out the sulphur. Esters and flavours come from the shape of the still, as well as the molasses they started with. The vapour enters the swan neck or line arm, and finally is cooled using water so it turns back into a clear liquid. 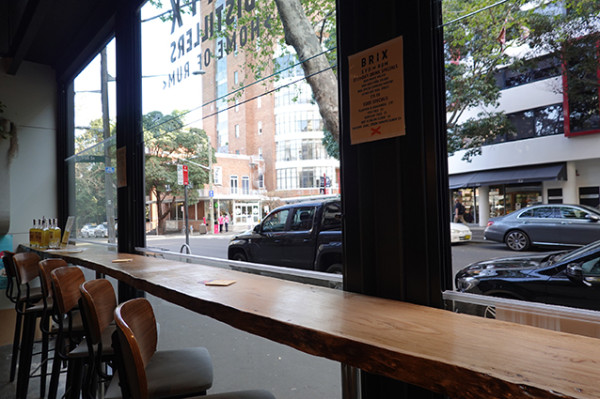 From that point it can be aged, spiced, mixed or blended, which is where the craft element comes in. Brix are currently aging rum in Australian wine barrels from NSW wineries including Brokenwood and De Iuliis. They’re also sharing American oak bourbon barrels with Stockade Brewing Co. in Marrickville who have already used the barrels for stout, and will take them back later to make beer in a rum barrel. 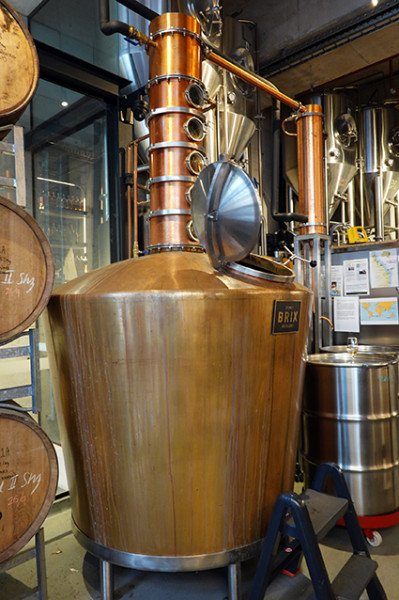 While their own rums won't be ready until at least 2021, Brix have put their stamp onto Brix Gold ($87/700ml) by blending two Caribbean rums aged for five and eight years in American oak bourbon barrels in Barbados, then diluted here in Surry Hills using carbon filtered Sydney water. Brix Gold is a lovely sipper that starts hot, then moves through honeycomb to some bourbon characteristics from the barrels. Drink it in a Dark’n’Stormy, a rum Old-Fashioned or just enjoy it over an ice cube. The same rum also forms the base of their Brix Spiced ($87/700ml) where Brix White is infused in different vats with their own blend of botanicals that include fresh Queensland mangos, macadamias, ruby grapefruit, native Australian bush currants and lemongrass, Tongan vanilla and Sri Lankan cinnamon. Rather than the usual fruitcake, Brix Spiced comes up Jaffas for me, with vanilla and hints of fruit and nuts. I reckon it begs to be in a martini style cocktail with a chocolate rim, though I quite enjoy it Mixed with Capi Ginger Ale ($12) as they serve it in their distillery bar. 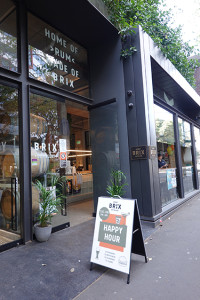 Along with their core range, the bar is stocked with more than a hundred-and-fifty rums. Christopher names Santa Teresa 1796 as a personal favourite, though I encourage you to make your own exploration against their menu of South American inspired eats by Colombian chef Ivan Sanchez (ex-Bodega and Porteno). You can also take your own distillery tour and tasting ($35/head) or masterclass ($120/head) where you can make a personal spiced rum and take it away with you.