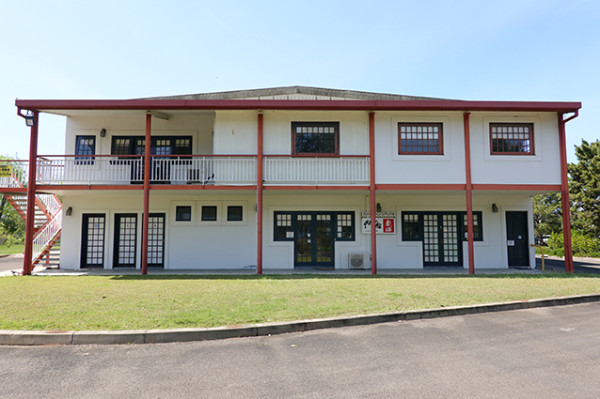 For a Western Sydney experience with a difference, head to the industrial back blocks of Penrith and visit Australia’s only sake brewery. 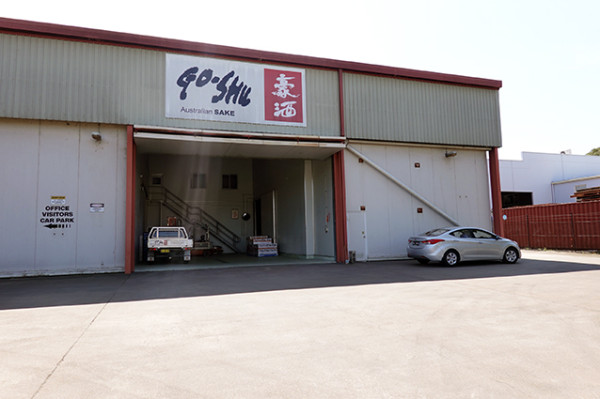 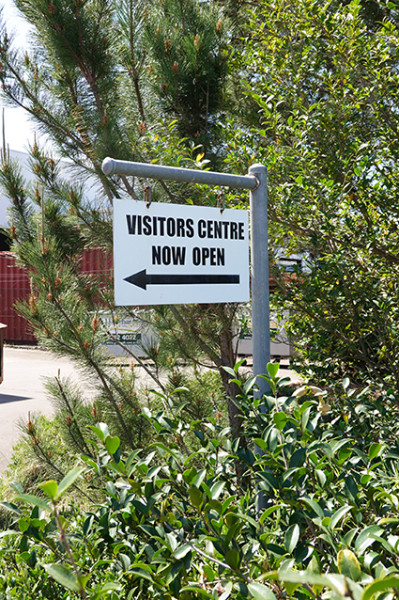 The Go-Shu Australian Sake Brewery was originally created two decades ago in 1996 by a consortium of Australian and Japanese companies. Its mission – which hasn’t wavered – was to brew sake using Australian rice. 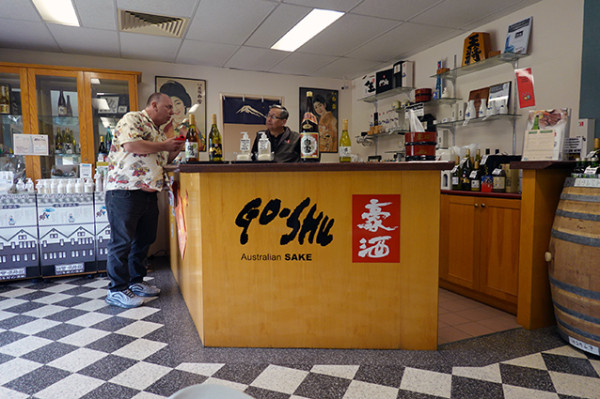 Today the brewery is owned by Sun Masamune, a Japanese company with a 469 year history, who cleverly decided to invest in Aussie rice instead of following all the other Japanese sake brewers to California. 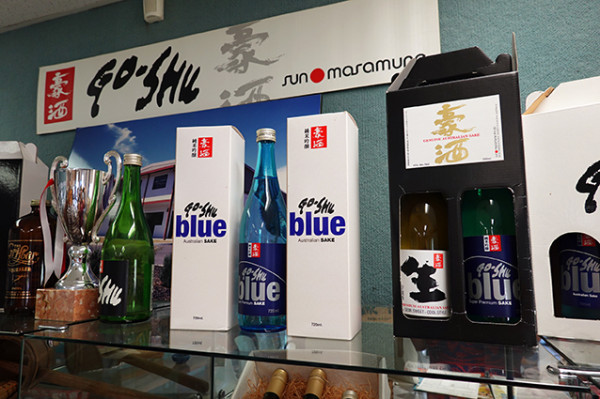 For a very reasonable three bucks apiece, you can tour their brewery, kicking off in the Visitors' Centre with a film that explains the sake making process. Managing Director, Allan Noble, takes us through the factory himself, feeding us titbits of information along the way. For him, sake “needs character – you have to feel the passion of the brewers.” 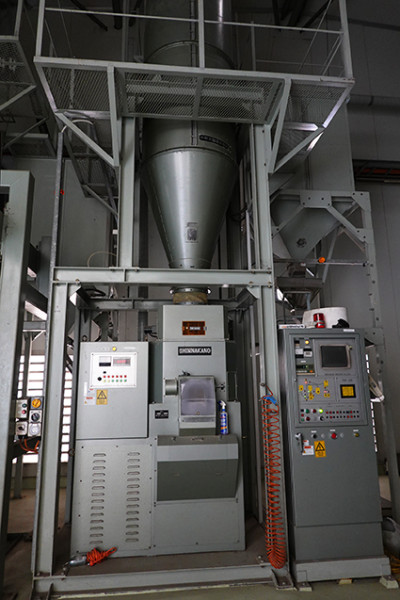 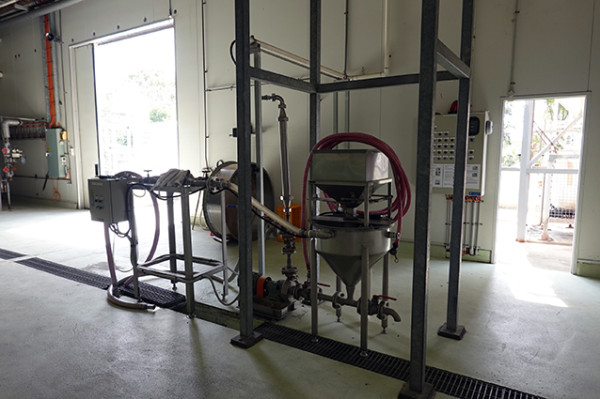 The sake-making process begins with polishing the rice, stripping away the husk. Junmai is a term for pure rice sake (where no distilled alcohol has been added) even if no milling has taken place. Junmai ginjo sakes have a minimum of 60% (or less) rice remaining, while junmai daiginjo sakes have a minimum of 50% (or less) rice remaining. Here Noble clues us in that the sake refridgerated storage after opening times (usually 2-3 weeks) do not apply to junmai daiginjo which will already lose some of its prettiness the next day.
All milling at this sake brewery is between 60% and 50%, and is done on one of only six Shin-Nakano industrial polishing machines that exist outside of Japan. 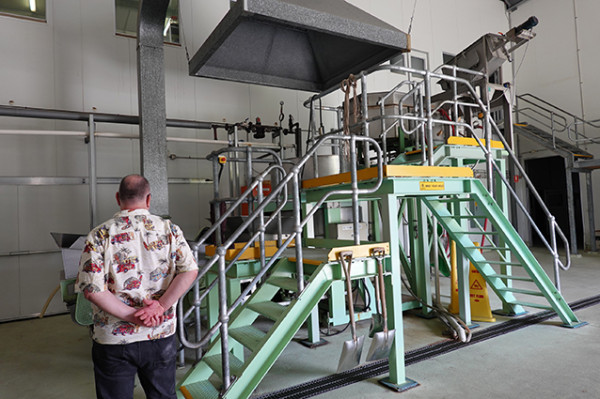 The polished rice is washed, soaked and steamed under the brewers’ watchful attention. 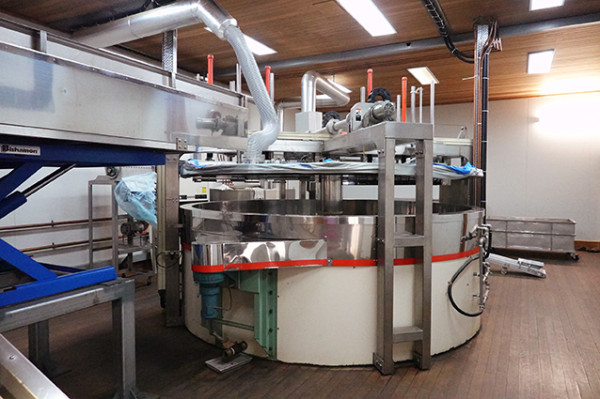 The steamed rice then moves into a cedar-lined room, that smells a lot like a sauna, where it is sprinkled with koji mould and incubated for about two days. Little wooden masu cups are said to complement the sake making process, because they’re also fashioned out of cedar. We picked up a pair in the gift shop after spending time in this aromatic space. 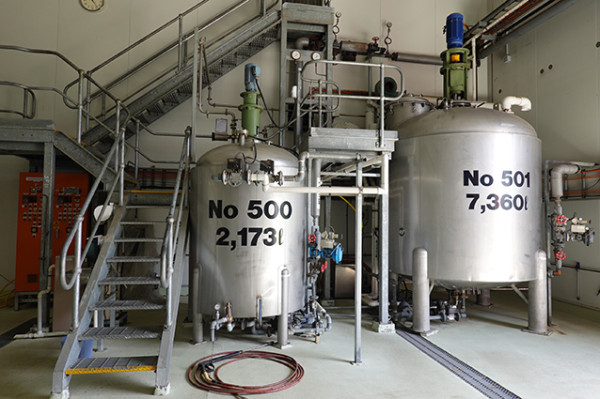 The koji-rice is mixed with special sake yeast and ultra-pure water for fermentation to begin. The rice is eaten by the koji enzymes and converted into glucose, and the yeast turns the glucose into alcohol. 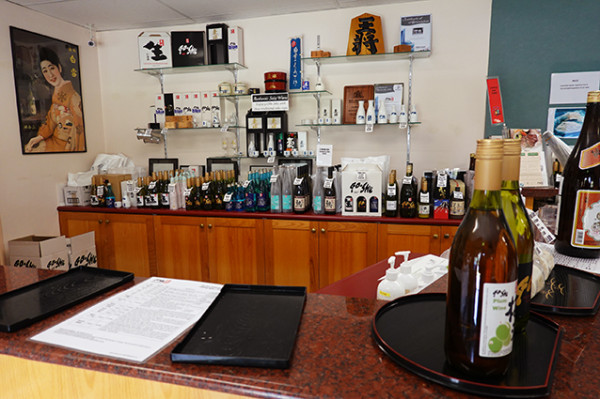 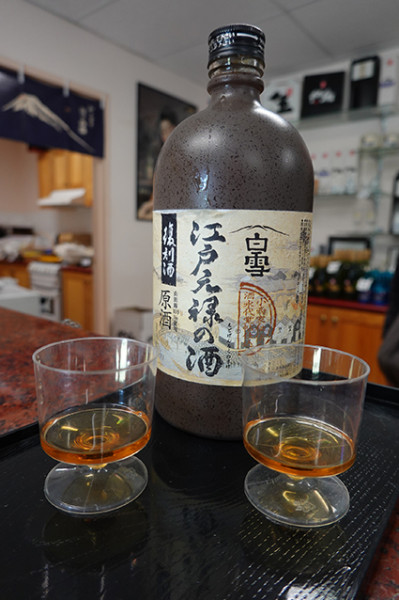 What sort of yeast you use affects how the sake smells and tastes – back in the Visitors' Centre you’ll see this when you try Shiruyaki Edo Genshu ($28) which is made on 300-year-old yeast (Edo Genroku period) plucked from a time capsule. It’s a genshu sake, meaning it hasn’t been diluted with water to lower the alcohol percentage so it’s around 17.8%. It’s got a big dark caramel meets tobacco flavour that’s intriguing to savour. 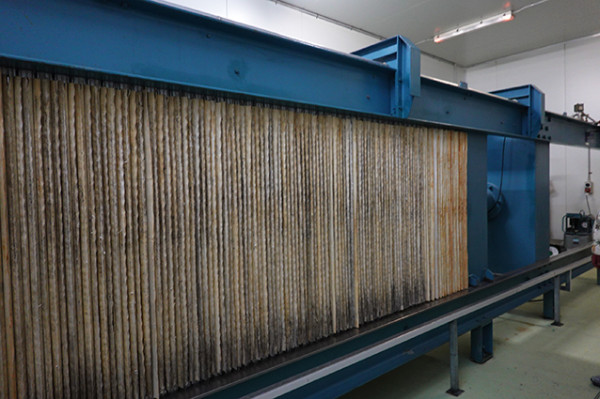 Between 20-25 days later, the fermenter is finally full of raw sake that has a cloudy appearance and sits around 18% alcohol. It is moved through an air filtration system that pulls out any yeast, koji or rice fibres left in the liquid. 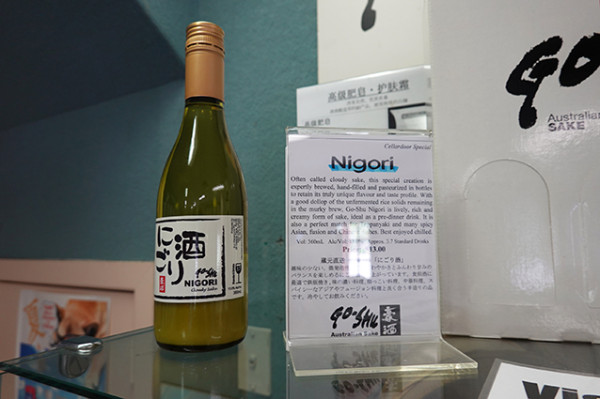 Go-Shu Nigori ($18/360ml), or cloudy sake, would skip this step and move straight to pasteurisation. It's quite a lovely, creamy drop that works best chilled against spicy food. Noble tells us it's also a great blue cheese match, which I'm keen to sample. 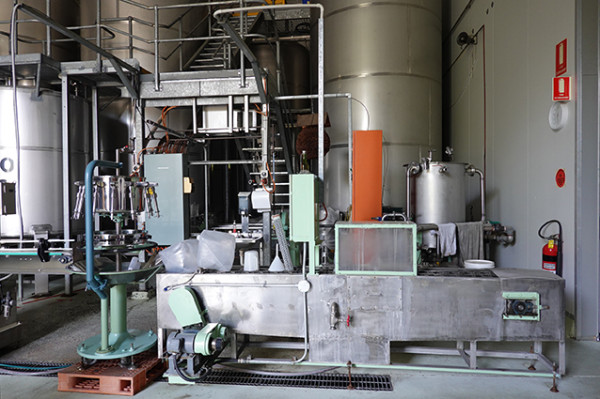 The sake is then pasteurised and stored in tanks for three months to mature and mellow. 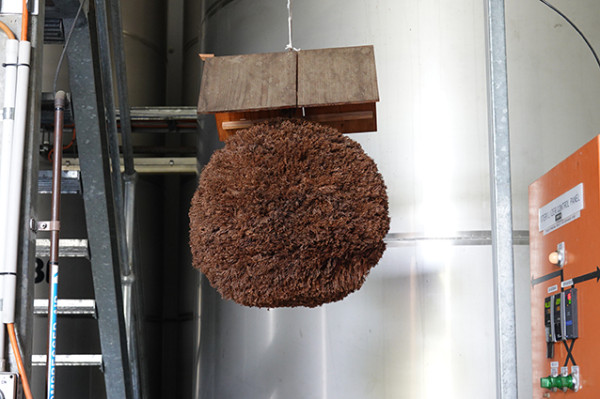 Dangling overhead you’ll see a sugidama or cedar ball. Traditionally sake brewers hang them up green, and by the time they turn completely brown, they signify that the new season sake is ready for drinking. 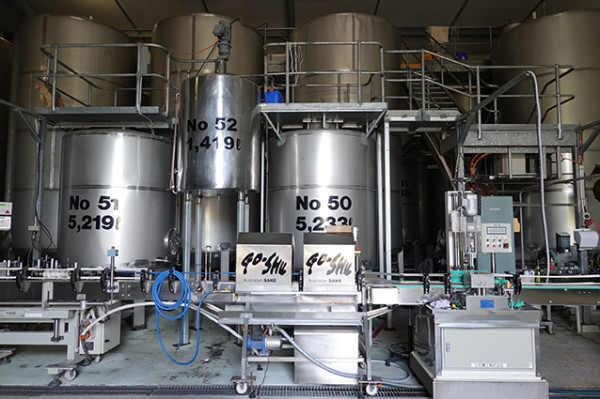 All that's left is for it to pass along their single-man operated bottling line, before 80% of their yearly million litres of Australian sake is shipped back to Japan for consumption. Despite this figure, sake’s popularity has actually declined, from 100% consumption down to 7-8%. This has come about through the Japanese people acquiring a more international palate, though sake is still a sentimental favourite for special occasions. 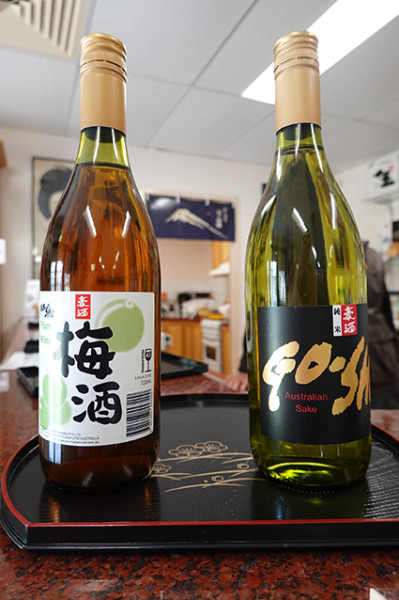 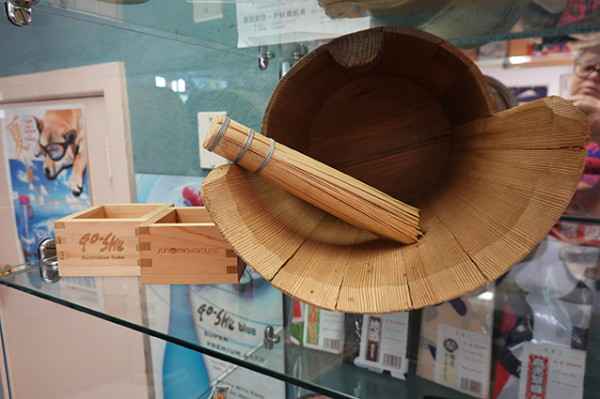 Sake rates well on sustainability with Go-Shu having a zero-waste initiative that sees all remains used on local farms or in their skincare range. Sake is also is good for environmental management, with Go-Shu's medium-grain Japonica rice only harvested every fourth year in the Riverina town of Leeton (in between years see the crop rotated with peas and beans, then cattle). 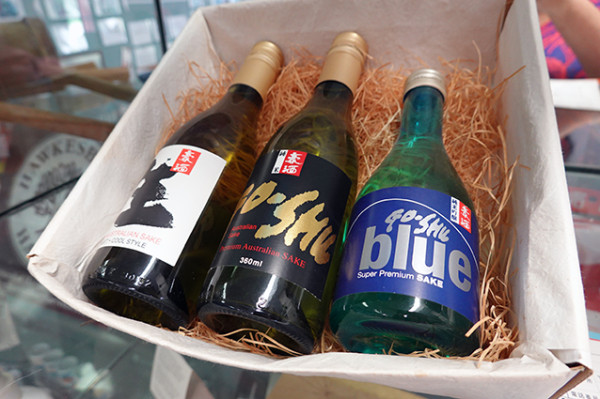 Australian water is a little softer than Japanese water (meaning it contains less minerals) so Go-Shu sakes tend towards rounder, silkier finishes. My personal favourite was the comfortably priced Go-Shu Nama ($17/740ml) that’s fruity and semi-sweet, but there’s also their black-label Go-Shu ($17/740ml) and their light and fruity Go-Shu Blue ($22/740ml) to wrap your lips around, particularly if you’re planning on consuming seafood. Noble is very generous with his time, making for a rich and unrushed experience that I never imagined I’d be having in the middle of Western Sydney for the princely sum of three bucks.