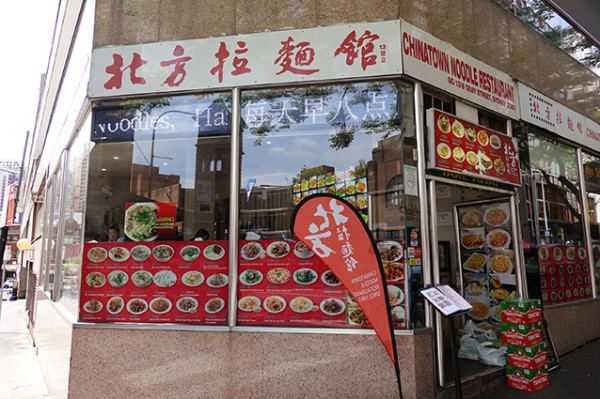 With all eyes on the flood of restaurant newcomers in Darling Square, I thought I’d give the old Haymarket some attention. Chinatown Noodle House has sat on the Quay Street edge of the Prince Centre for as long as I can remember. 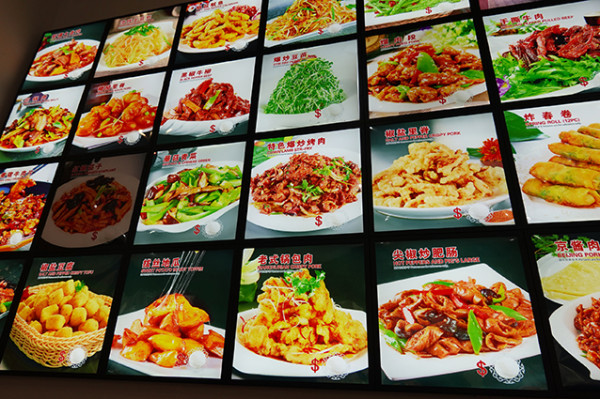 It’s a no-frills eating space with a cafeteria vibe. 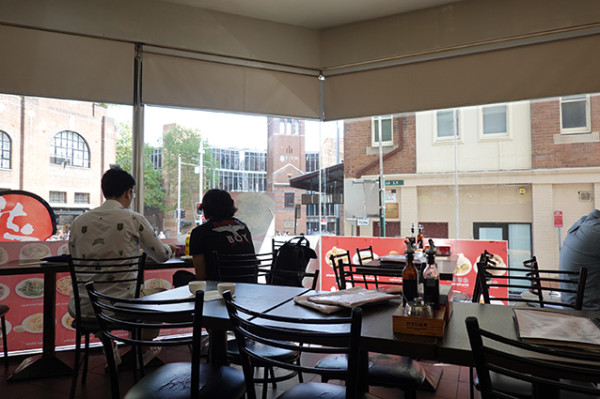 Décor, such that it is, is dominated by a well-photographed light up menu board on one side and wrap around windows giving Haymarket views on the other. 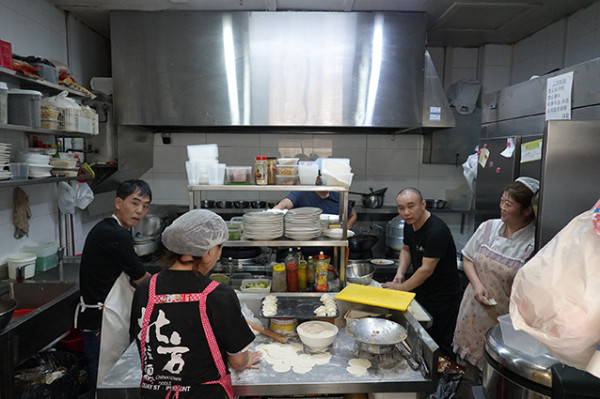 Crashing woks provide the soundtrack to your meal. The busy kitchen services both this restaurant space, and next door, with at least six people pleating dumplings and manning the woks that produce your rapid-fire meal. 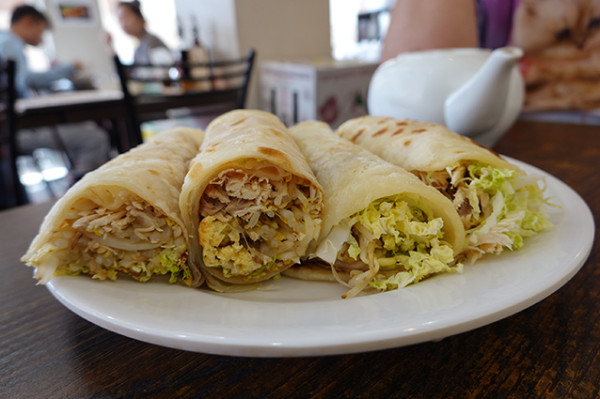 Spring Pancake Wraps ($12/2) turn out to be a lot more substantial than we were guessing. Four pliable pancakes arrive wrapped around a flash-fried egg omelette, pulled roast chicken, bean sprouts and cabbage. 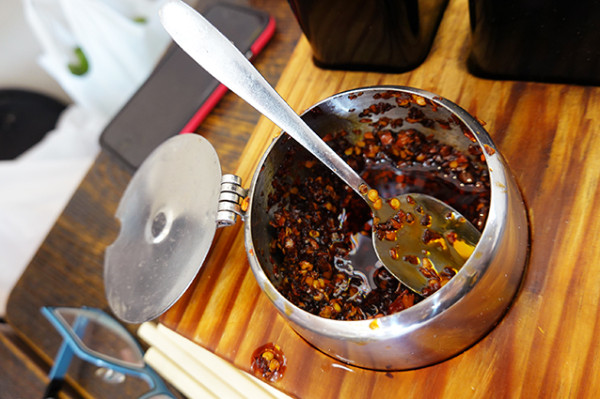 Seasoned with soy sauce, they’re tasty, though they’re even better if you make a foray into the on-table, seed-littered chilli sauce that’s smoky and full of flavour. 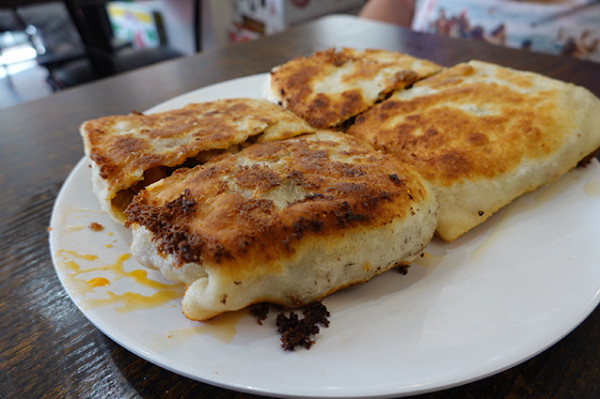 Xinjiang Lamb Buns ($12.80/2 pieces) also come sectioned into four decent slabs. Here the flaky, roti-like pastry, pan-fried until it is golden brown, contains a good serve of tender, chilli-flecked lamb, sweet curls of soft onion, and so much cumin I can taste it all the way home. 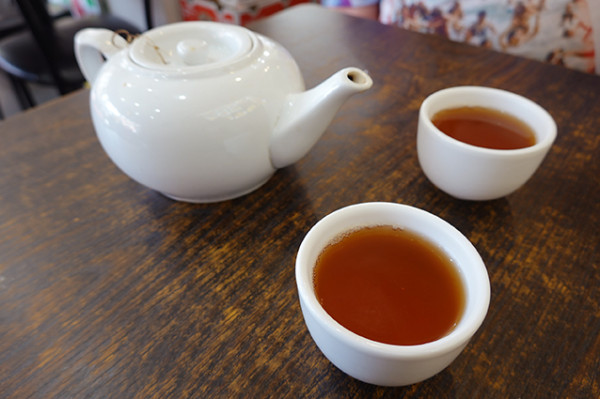 Not that I’m complaining: for the princely sum of $25.40, which included free tea, and two thirty cent takeaway containers (two pieces wouldn't fit in one) to bring home half of our lamb buns, we got more than two people could eat for lunch. Sometimes the frills just aren’t that important… 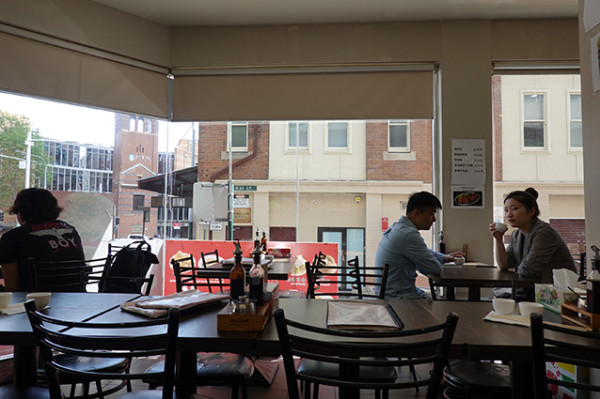