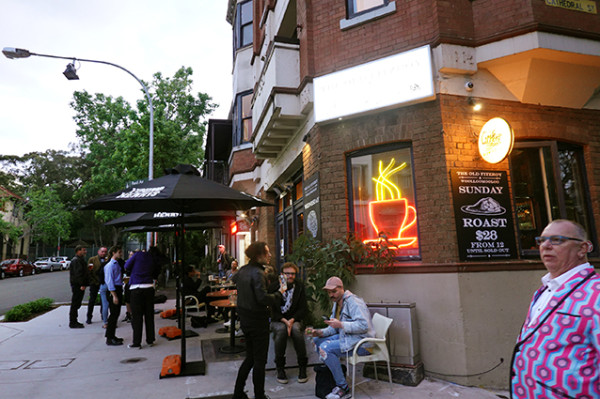 With rissole sangas and Scotch eggs, The Old Fitzroy’s menu certainly kicks you right in the nostalgia if you happen to have British ancestry. It’s the work of former Sepia sous chef, Nicholas Hill. What I particularly liked about Hill’s menu is that it’s pub appropriate – the kind of food that goes with boozing and doesn’t alienate old-time pub regulars. There’s an emphasis on food that can be delivered fast, even in a buzzy pub that caters to a demanding, Eastern Suburbs pre-theatre crowd. 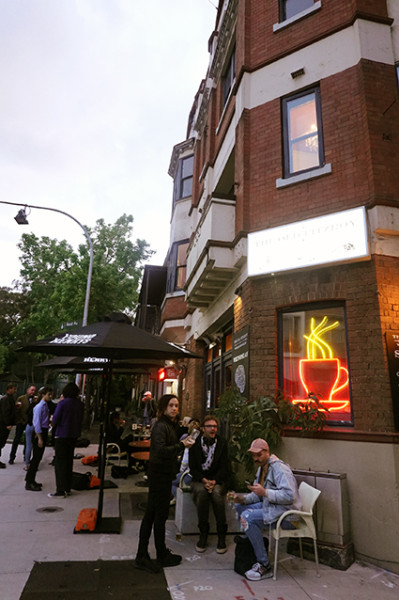 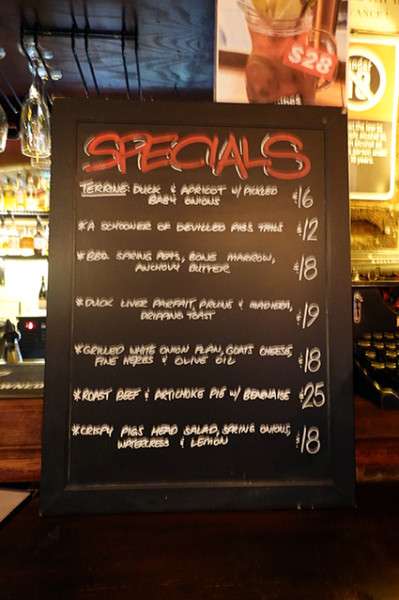 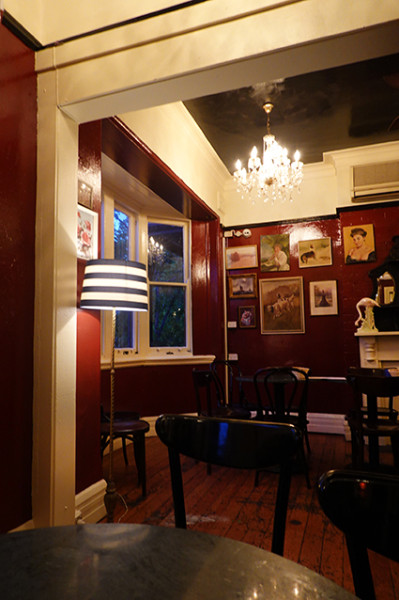 Ordering is done at the bar where the one-pager menu is supplemented by a specials board offering up seven dishes. There are twenty beer taps on offer, so matching your grub and your booze is easy. We hit up Brick Lane’s Razu ($11.50/pint) raspberry sour that had brightness then a lovely, bready finish. 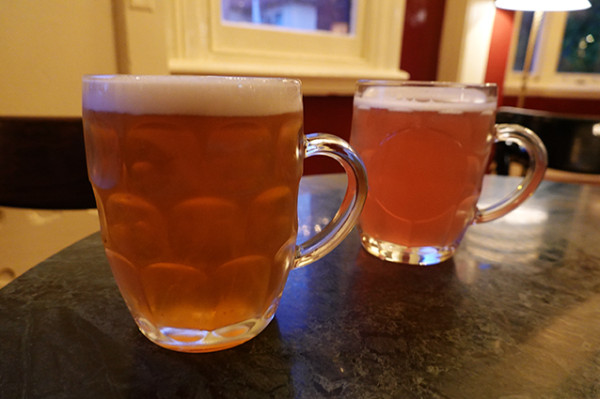 While I liked the proffered taster of Orange's Badlands Brewery U-Boat ($11.50/pint), upon getting stuck into the whole pint, the German-style lager had a bit much sweet malt for me. 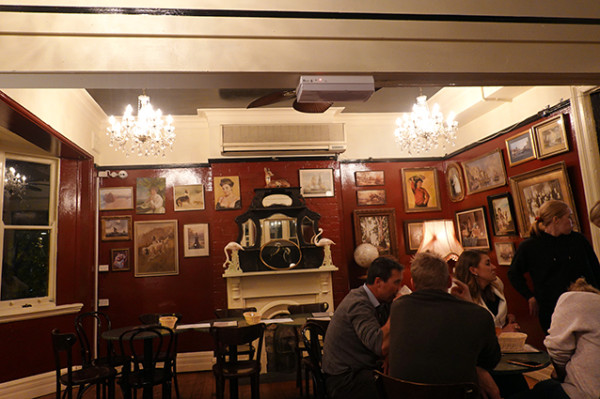 Venturing upstairs to drink and eat, you’ll find a Jaime Wirth pub signature – an op. shop salon hang of disparate (and mostly questionable) art. Against cream-edged deep burgundy walls and shabby chic chandeliers, it’s a despondent collection of hunting dogs mourning dead puppies and boats heralding imminent colonisation, broken up by the odd busty wench. Wirth sold his Drink’n’Dine group a few years back, letting go of The Forresters, the Norfolk and Petersham’s Oxford Tavern, but seems to be unable to resist snapping up iconic Sydney pubs including The Duke of Edinburgh, The George in Waterloo, and this 1860 East Sydney stalwart. 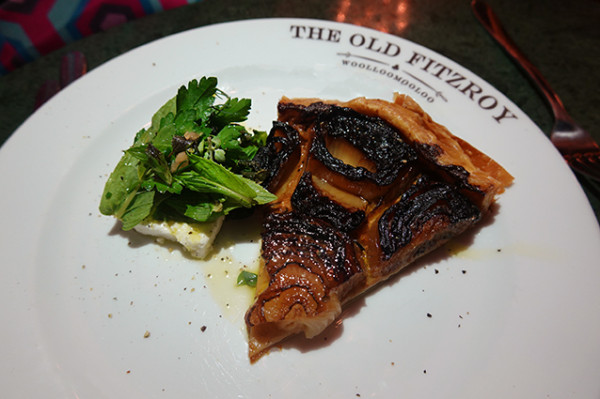 Plucked from the specials board, the Grilled White Onion Flan ($18) eats very nicely against a pat of chalky goat’s cheese set under a medley of fresh, green herbs drizzled with olive oil. The burnt sweet onions and buttery pastry make for clever beer-drinking companion eats, though the portion size feels small, particularly for couples who like sharing. 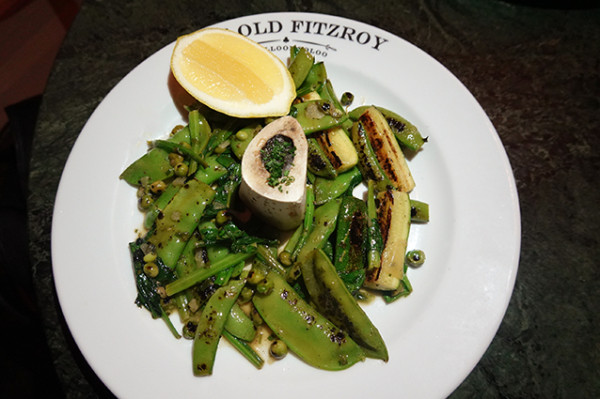 Char was also a feature in BBQ Spring Peas ($18) and zucchinis, tossed in anchovy butter. The spring vegetables are arranged around a plug of parsley-topped bone marrow that was in too short supply to deliver the voluptuousness I was hoping for. 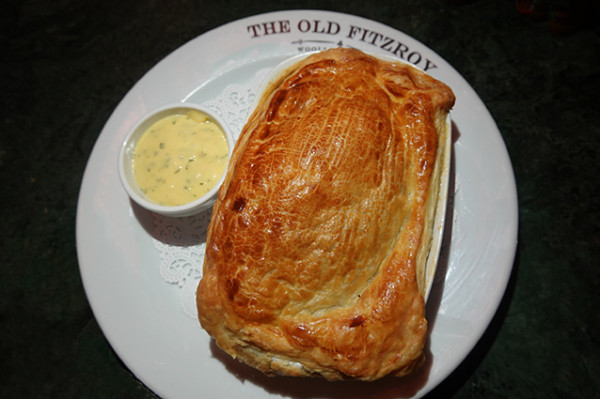 Capitalising on the fine pub tradition of pot pies, Hill keeps things fresh with a rotating roster of fillings - Roast Beef and Artichoke ($25) on the evening I dined. Arriving at the table with an egg-brushed, golden puff pastry topper that would have seen Nanna beaming with pride as she delivered it to the dining table, it’s let down by too much carrot, sparse beef, and the same béarnaise sauce you can buy in the supermarket. While it’s vital for chefs to have their eye on food costs, there’s something disappointing about leaving a pub meal still feeling hungry after your main course fails to satisfy.

NOTE: See a previous review of this venue (under a different owner) back HERE.