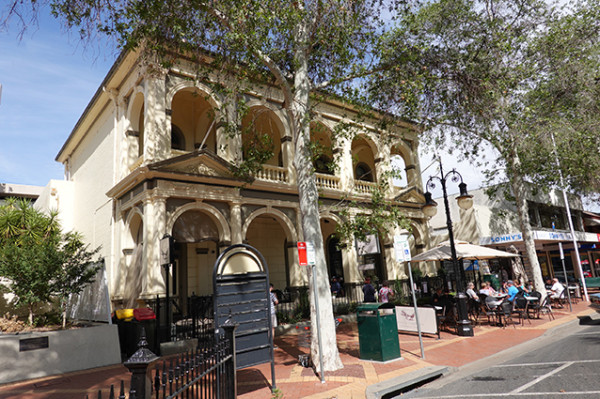 There often seems to be an inverse relationship between how beautiful the architecture is, and how good the food is, at restaurants housed in fancy digs; but that’s not the case at The Pig and Tinder Box. Despite being located in Tamworth’s rather grand old bank building, erected in 1892 as the Bank of NSW but more recently occupied by the ANZ Bank, The Pig and Tinder Box don’t rest upon their fine architectural bones. 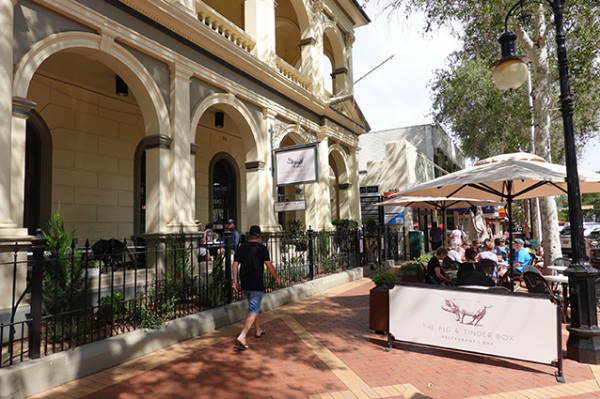 Sitting somewhere between a pub, a boutique bar and an all-day eatery, The Pig is a Harvest Hotels property. Headed up by Chris Cornforth and Fraser Haughton, this hotelier group focuses upon regional pubs, currently controlling a range of properties across Tamworth and Yass. 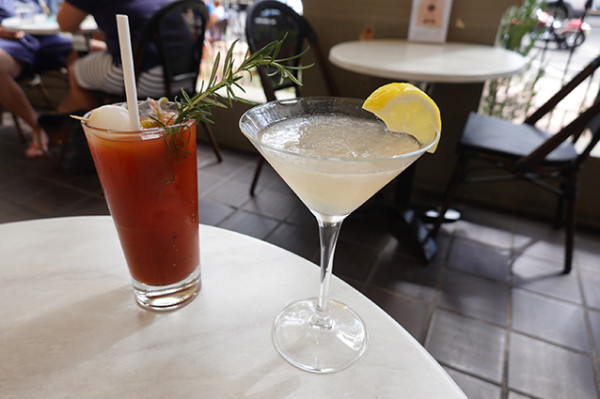 We’re lured in for brunch on the wide, airy front balcony with a short list of breakfast cocktails. Garnished with a pickled onion, pickled chilli and rosemary, their well-priced Bloody Mary ($13) is the perfect way to kickstart your Sunday. It’s well-balanced and easy to enjoy. I’m not quite as enamoured with the Breakfast Martini ($16). It’s a particularly sharp start to your day with Gordons Dry Gin, Lillet Rosé, house-made sour mix and not quite enough marmalade to gentle it down to suit the morning vibe. 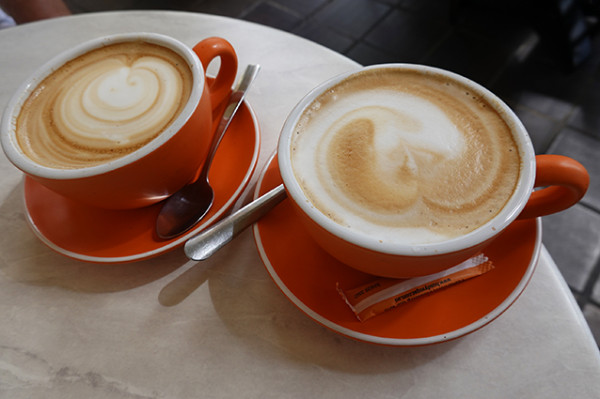 Perhaps as a nod to their time in Orange NSW with Percy’s Bar & Kitchen, Cornforth and Haughton have chosen to serve Academy Coffee. I find it a bit one-dimensional across a latte and a strong flat white, both served in large orange cups. 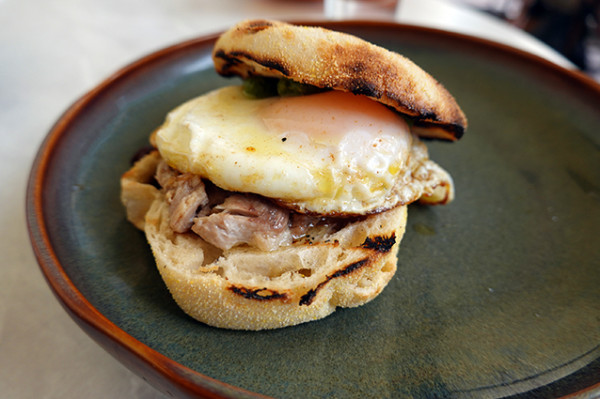 With the short menu containing many nods to local producers, like sourdough from Sonny’s Bakery next door and smoked trout from Arc-en-Ciel, it’s surprisingly hard to choose what to eat. The idea of eating roast duck for breakfast pushes us into an English Muffin ($10) that leaves Maccas for dead with a fresh fried egg and house chutney joining the tasty bird. 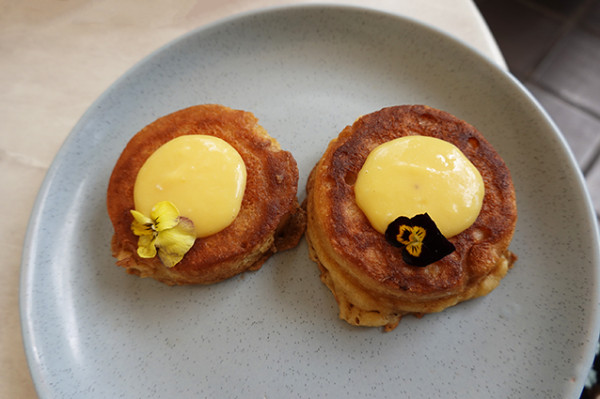 Unlike most of the Tamworth venues I explored during my recent trip, portions at The Pig are on the small side. It’s hard to complain though when they’re priced to match, with add-on options like House-made Crumpets ($3/each) allowing you to create your own multi-course breakfast. Crumpets, by the way, seem to be done better in Tamworth than they are in Sydney. This pair were airy and golden, without any hint of a stodgy centre; topped off with a smear of creamy passionfruit curd that walks the line between sour and sweet perfectly. 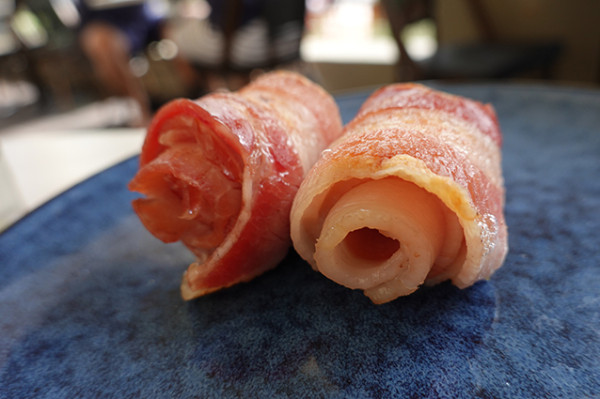 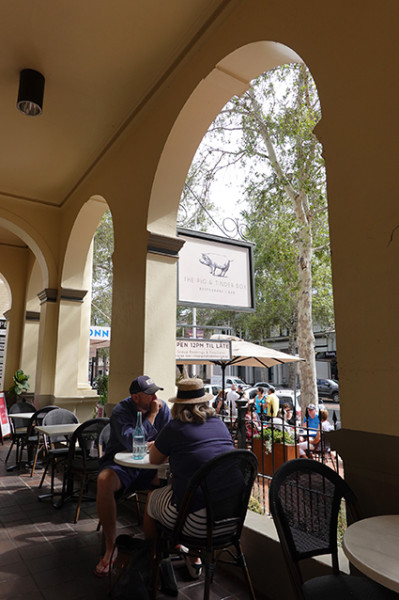 Bacon ($4) comes as two thick, country-style rolled up rashers, and is a good add-on whatever you happen to be eating. 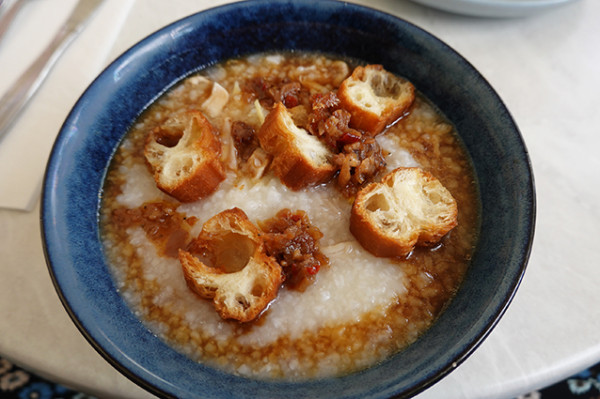 Where the menu strays into genius however is with the Chicken & Ginger Congee ($16). This Chinese dish has been Westernised with extra texture with big hunks of breast meat scattered throughout, eating somewhere between a savoury porridge and a comforting chicken soup. Mini toasts add even more texture against bursts of XO sauce, and bright ginger threads. It’s this clever bowl of tasty, health-giving happiness that sends me off into my day with a grin.