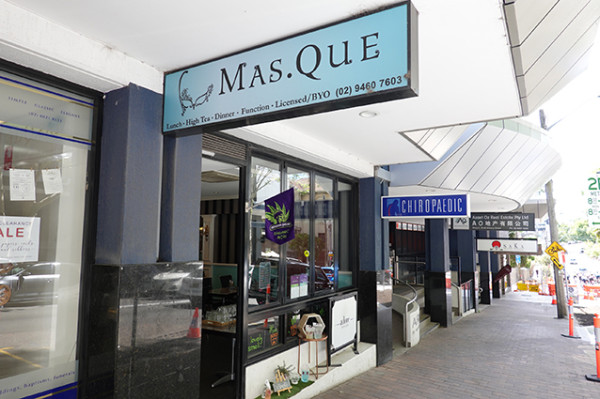 With monochromatic stripes, and white accents set over aquamarine, there’s a theatrical feel to Mas.que that really sets the stage for their Instagram-focused dishes. 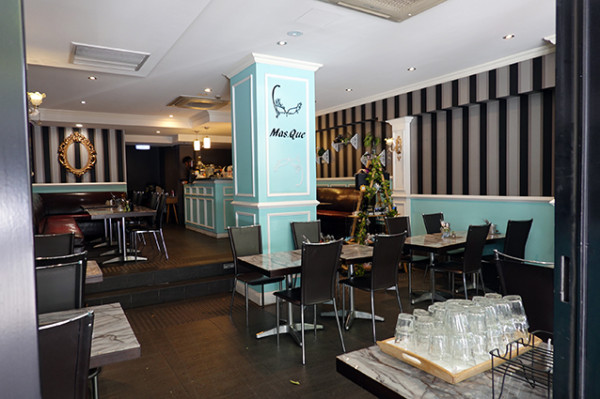 A masque, by the way, refers to a 16th and 17th Century theatrical entertainment that was often performed in an English royal court. The motif continues into empty gold-frames and well-decorated masquerade masks mounted on the walls as part of the room’s striking décor. 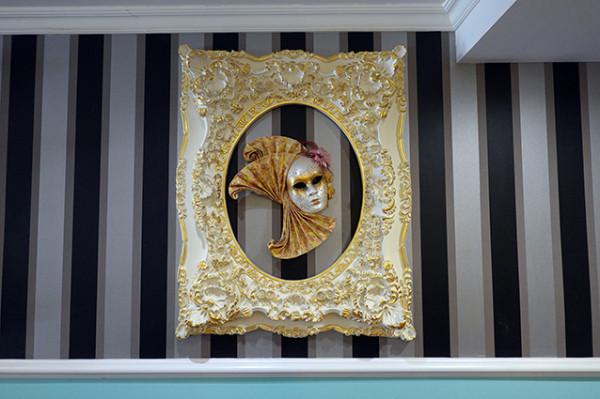 Despite the all-day menu, we’re almost put off by the floor staff when we arrive for brunch. Finding a completely empty café, I checked they’re still serving breakfast, only to be told the menu doesn’t have many breakfast items. Perhaps this is a warning to those unaware that Mas.que puts out a Taiwanese and Japanese-inspired fusion menu where congee and don (rice bowls) are the focus. That, said you will find Luxe bakery croissants, including one filled with prawn tartare, and bacon and eggs are also available. 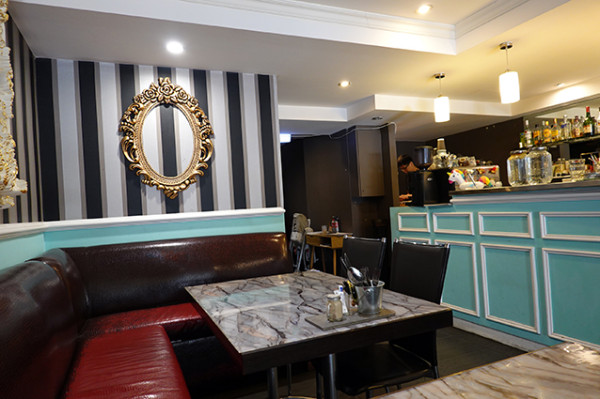 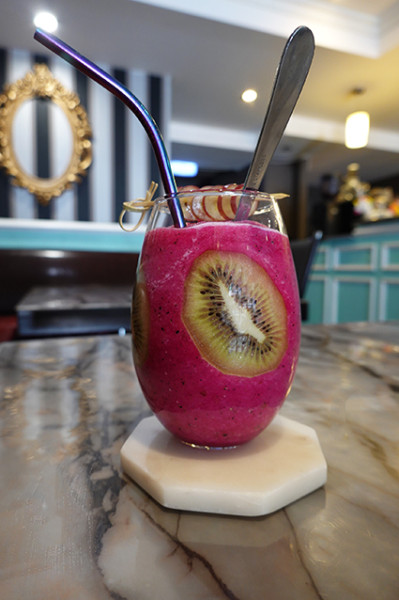 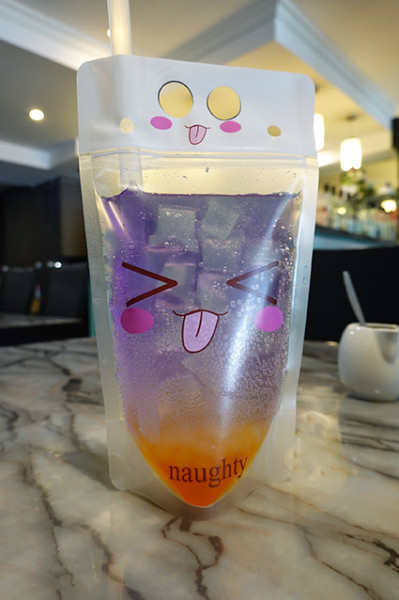 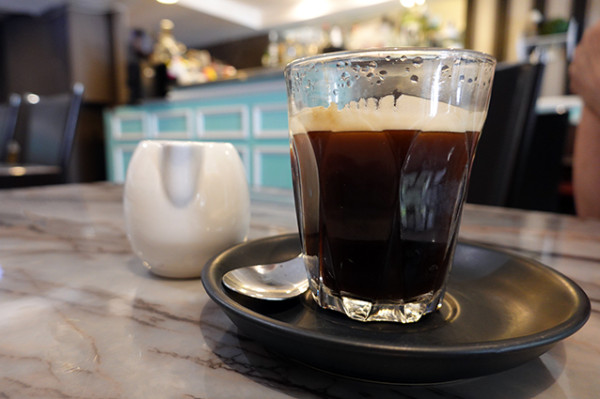 The Emoji Bag Series ($7.50) might not win over folk keen on reducing plastic, because they are – as the name suggests – served in kawaii printed plastic bags. Naughty passionfruit proves to be a pretty purple soda that works well garnished with lychee pearls, particularly after you give it some careful agitation (the sweetness sits at the bottom). Coffee ($3.50) here is nice, but nothing special. 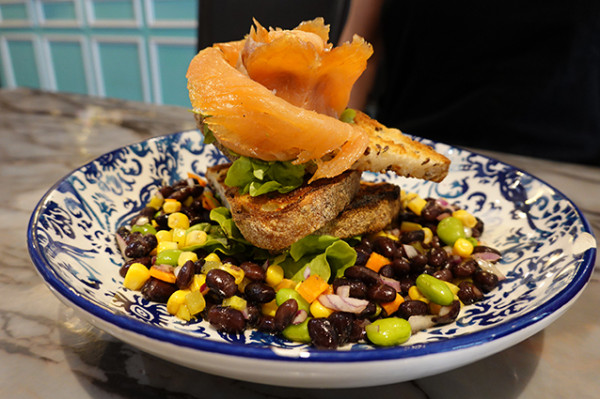 With the Ora King Salmon Don ($27) proving unavailable, my pescatarian companion switched to the Smoked Salmon and Black Bean Salad ($18.50). Presented on a colourful bed of black beans, edamame, sweet corn, radish pickles, carrot, lettuce and soya beans dressed in yuzu (Japanese citrus), the bowl stacks a whirl of smoked salmon on unbuttered sourdough toast. Butter was presented upon request, but the addition didn't really elevate the dish into something that eats as well as it looks. 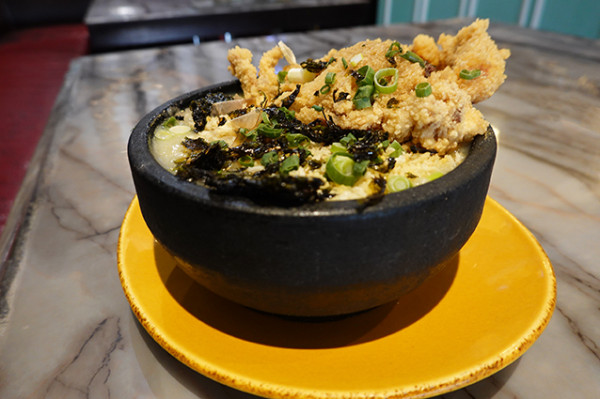 The Soft-Shell Golden Sand Congee ($24) was generously proportioned and served piping hot, crowned with a whole soft shell crab. To my taste buds at least, for all the menu fanfare - dried seafood, cordyceps flower, split mung bean congee served with shallot, salty yolk and seaweed - the resulting dish didn’t punch flavour in the way I expected. Drowning in a too-thick batter, the soft-shell crab flavour was completely lost, and seaweed proved to be the rice porridge’s dominant note.

For all the Instagram hype, I frankly expected more.