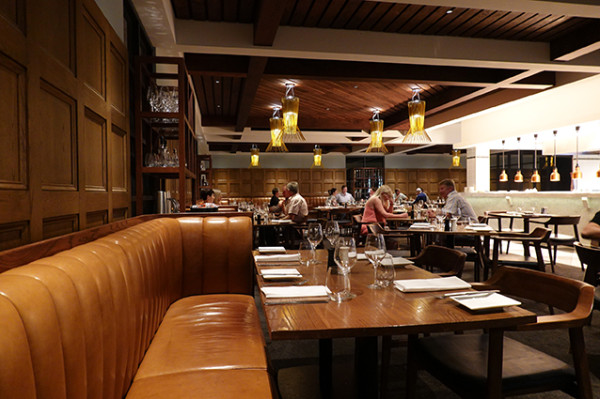 The Powerhouse Hotel Tamworth by Rydges is the fanciest hotel in Tamworth. The bare architectural bones are that of a thirty-year-old highway motel perched on the road to Armidale, however it’s currently in the midst of a rather fancy renovation headed up by Paul Kelly Design. 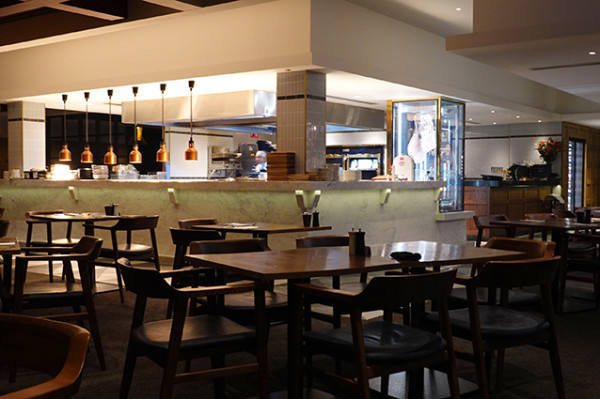 You might know this popular Sydney design outfit from venues like District Brasserie, Nu Bambu in Canterbury-Hurlstone Park RSL, or The Oaks Hotel in Neutral Bay. Kelly manages to deliver stately and substantial without resorting to hypermasculinity that makes women feel unwelcome, and The Workshop Kitchen in this hotel is no exception. 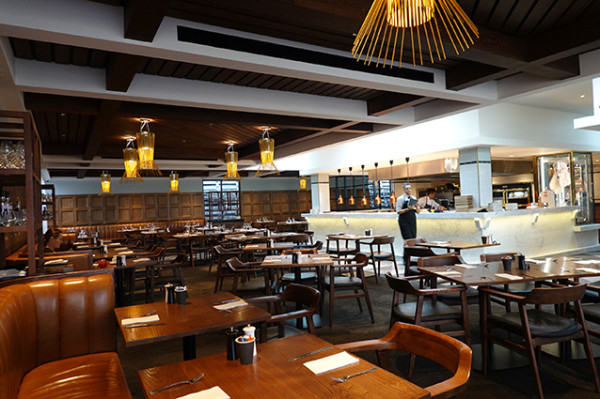 The dining room, with its warm timber tones and curved, tan leather banquettes, is centred around a gleaming, white marble kitchen stadium that’s open to view on three sides. Despite being butted onto the railway line in the rear, what available light there is, has been brought in with windows, with see-through shelving blocking the worst of the concrete blocks view. 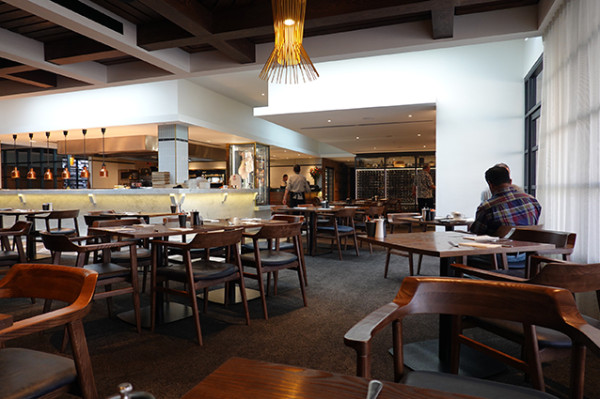 Unusual basket-like statement lights give a bit of interest to the dining room, their flared shape echoed in a row of shiny copper pendant lights over the kitchen pass. 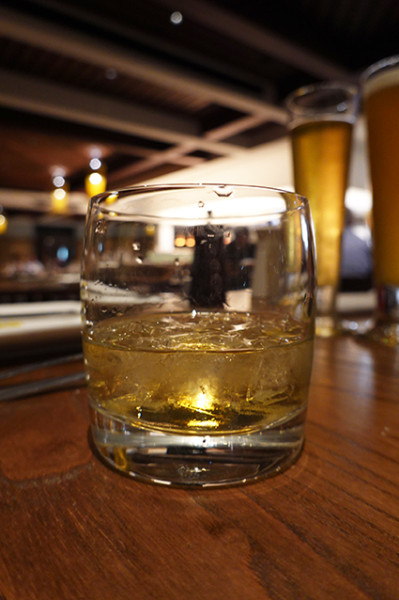 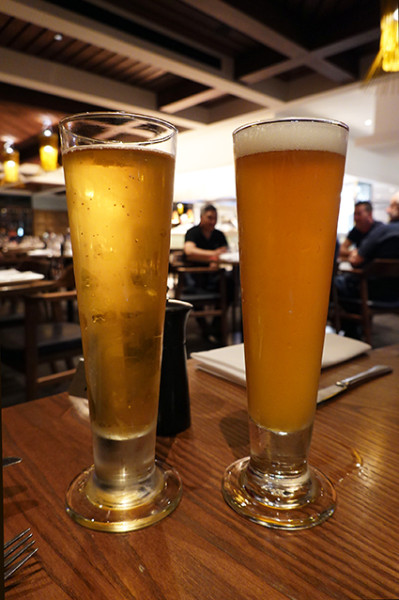 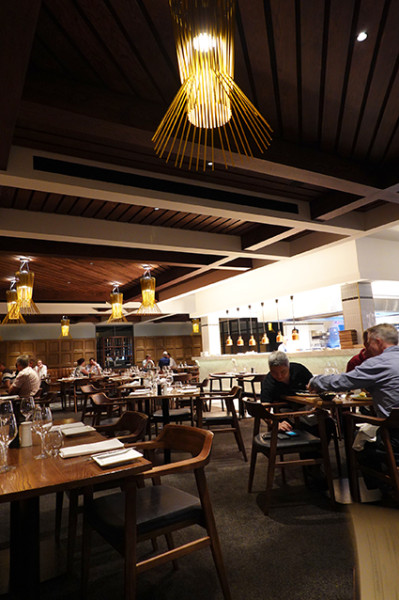 With a double page spread of whisky, and a short but interesting list of local craft beers, boilermakers should be a given. We pit an Aussie Blackgate Distillery Peated ($22) against a Scotch whisky, the Glen Scotia Victoriana ($22.50) from Campbeltown, Scotland’s former capital of the spirit where only three distilleries now remain. The Australian whisky is rough with a big peat bog flavour, while the Scot has a sophisticated caramel nose with a hint of salty maritime, a bit of spicy heat and subtle peat at the end. I probably don't need to tell you which country deserves your coin. 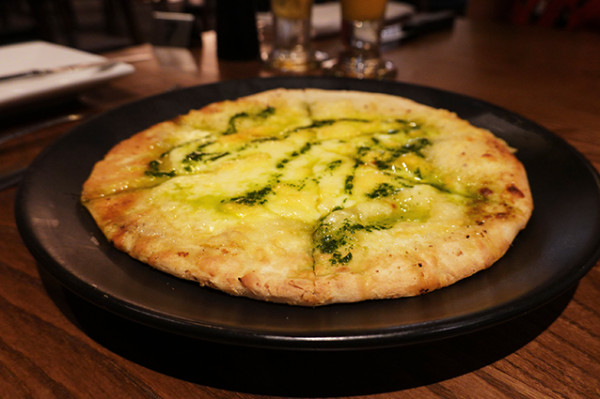 In tall icy glasses, the New England Pale ($10.50/425ml) is simple but likeable, while The Welder’s Dog Farmhouse Ginger Beer ($11.50) impresses with good ginger bite. They’re both good foils for a super-cheesy Pizza Bread ($13) with just the right amount of garlic to make it compelling and hunger inducing. 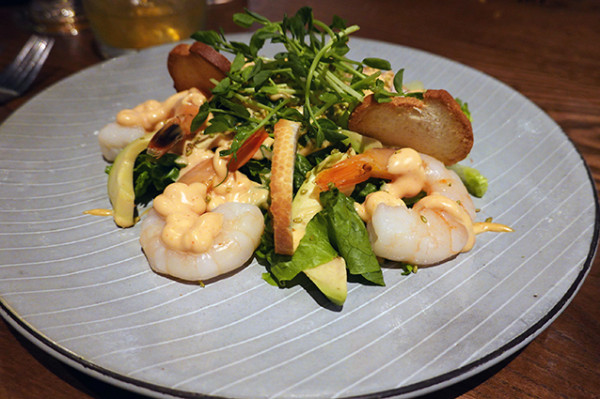 While I normally try to avoid seafood in land-locked locales like Tamworth, the Mooloolaba Prawn Cocktail ($29.90) caught my eye. It’s pricy because the pale crustaceans are making an eight-hour journey from sea to plate but eat well enough with good texture and just slightly muted flavour against Marie-Rose sauce brightened up with wasabi. 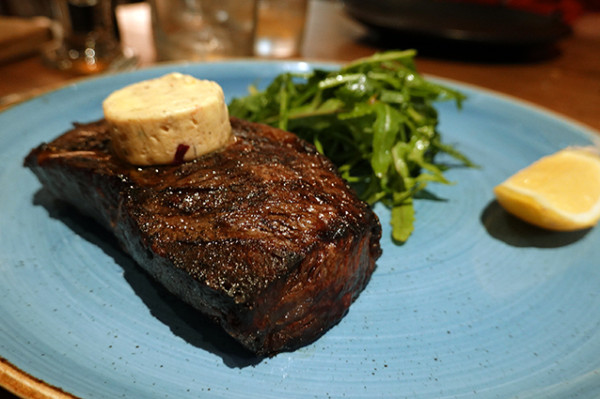 All the interest here is really on the grilled offerings, cooked over Pilliga Western Red Ironbark. With nothing on the small side, we opt to share a 350-gram Jack’s Creek 150+ Days Grain Fed Black Angus Scotch Fillet ($57.90). This proved to be one beautiful piece of meat, perfectly handled to a juicy, medium rare. The tasty charry interior held the wood smoke nicely, giving way to a pillowy soft interior with a big hit of beefy flavour. 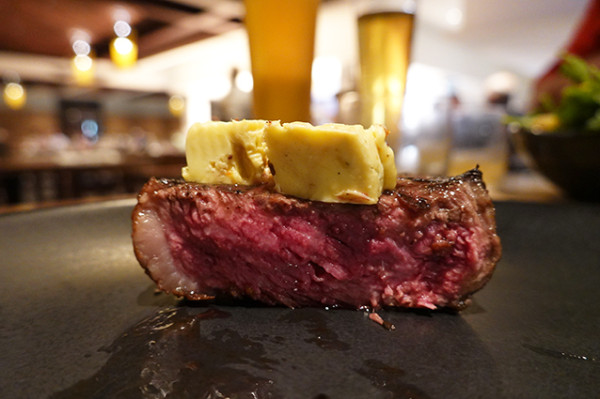 Eating this steak under a melting pat of Café de Paris butter was an utter delight. It’s presented with lemon, and nicely dressed rocket, plus two sides of your choosing that come in generous enough proportion to share. 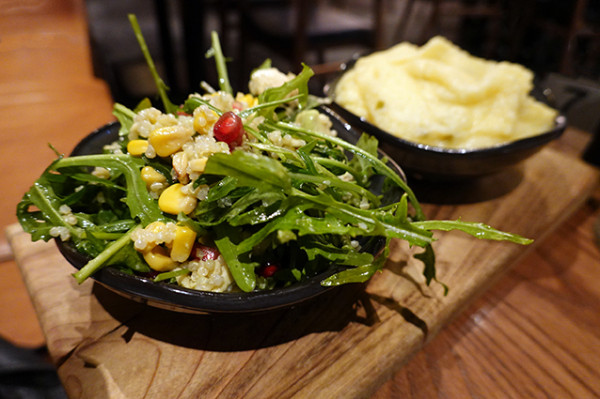 If I’d known about the rocket, I wouldn’t have picked the quinoa, grilled sweetcorn and avocado salad, though it was good quality with a lovely savoury avocado. The green jalapeño, parmesan and potato mash on the other hand, I could eat for days, though I suspect I probably shouldn’t as I’d guess it has an artery-hardening one-to-one butter ratio. 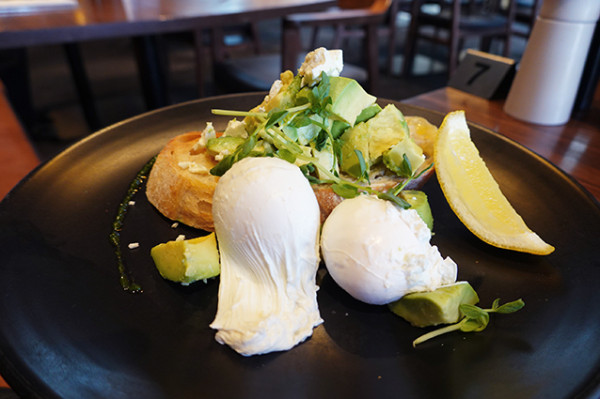 The technical perfection of dinner was not reflected in breakfast the next morning, leading us to dine here on only one morning of our four-night stay. 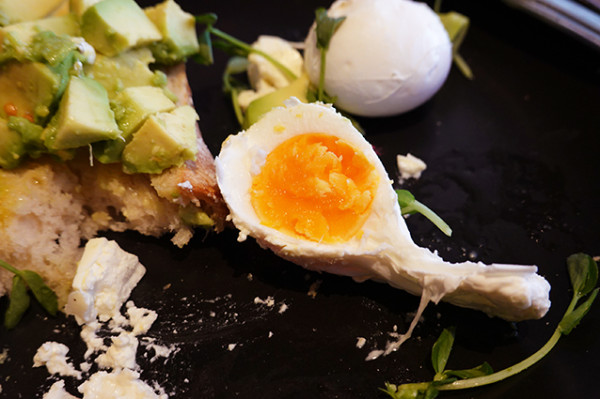 Based on the quality of last night's avocado, I tried an overpriced Avocado Smash ($20.90) that was let down by almost fully set poached eggs. 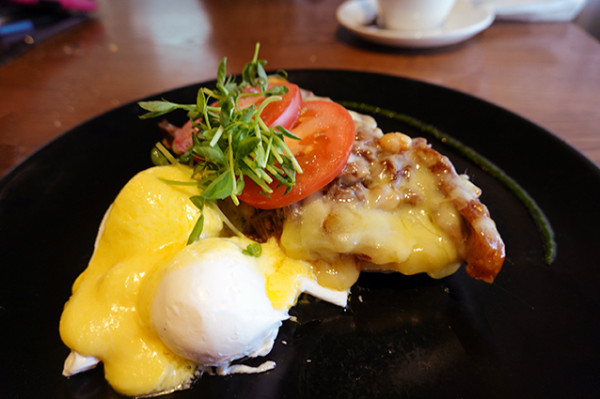 The Beef & Bean Open Sandwich ($26.90) proved to be a fancy way of describing a melt, with pulled BBQ Piallamore beef brisket, fresh tomato and over-sweet ‘fermented’ beans, covered in melted Provolone cheese. With two poached eggs smothered in Hollandaise, this one read better than it ate, and also felt over-priced. 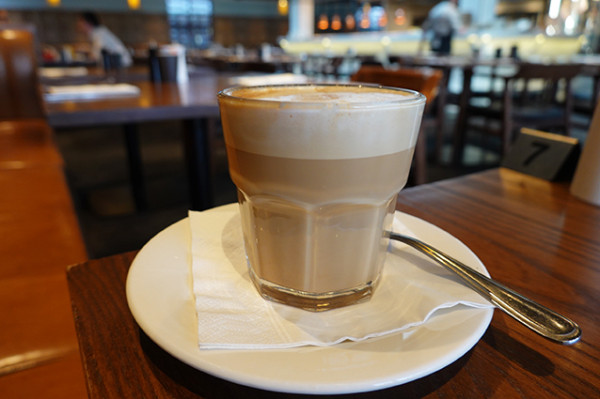 Antilles Espresso Coffee in a Flat White ($5) and a Latte ($5) was reasonably executed but instantly forgettable. 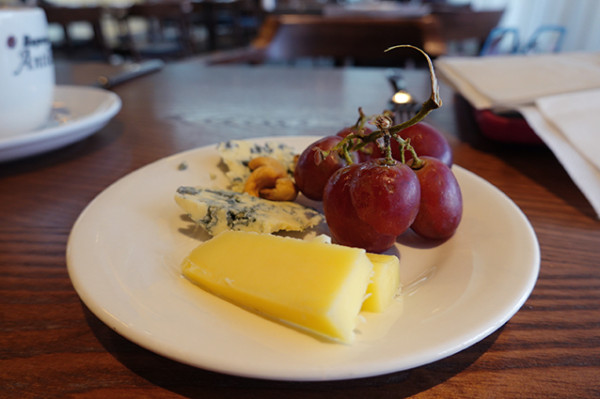 For only slightly more than the melt, you could order your meal as a Full Breakfast ($29.90) and have access to their Continental buffet which offers up toast, cereals, pretty average pastries and croissants, juice, fresh fruit and cheeses. I reckon there’s work to be done here making breakfast match the intended overall quality of the place.