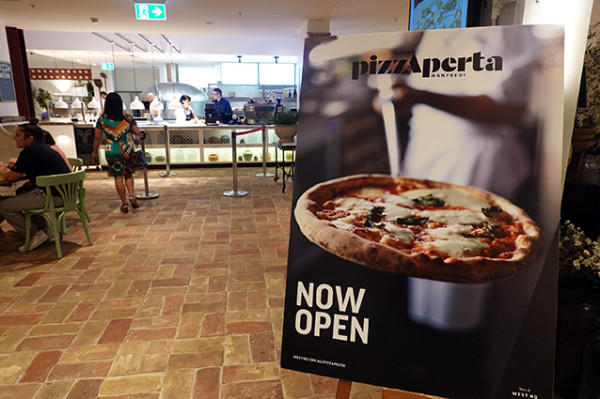 Opening last week, the 2000-seat Sydney Coliseum Theatre just became the biggest performing arts venue in Western Sydney. With teething problems still to work out – like getting the entry doors to correspond correctly to the interior seating plan; getting the bars to function at a pace that can actually serve the crowds; and making it sound good inside – it’s impressive none-the-less. 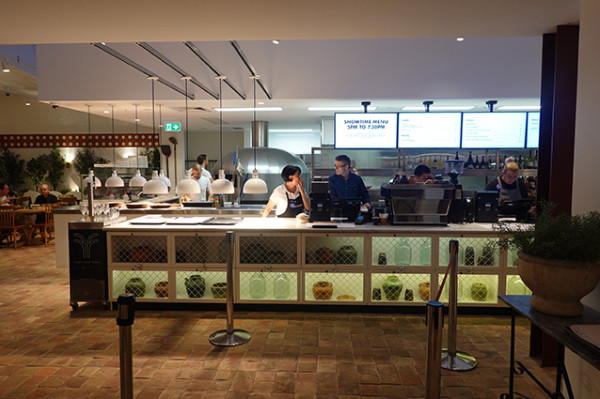 Attached in an air bridge arrangement to West HQ, the theatre is serviced by a conglomerate of Sydney big hitters, finally ready to turn their eyes to serving the bulk of the city’s population where they actually reside. Alongside Warren Turnbull, who already has a Chur Burger outlet in the former Rooty Hill R.S.L., Sean Connolly has created a lower rent Steak & Oyster Co. offering based upon his success at The Morrison Bar & Oyster Room and Bon Pavilion; and Stefano Manfredi has entered the fray with PizzAperta Manfredi. 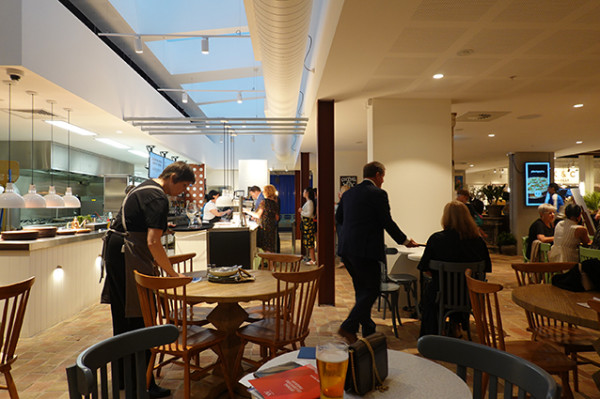 While the seating area is common – a contemporary food court – PizzAperta has quite a nice nook under skylights with a paving stone floor. 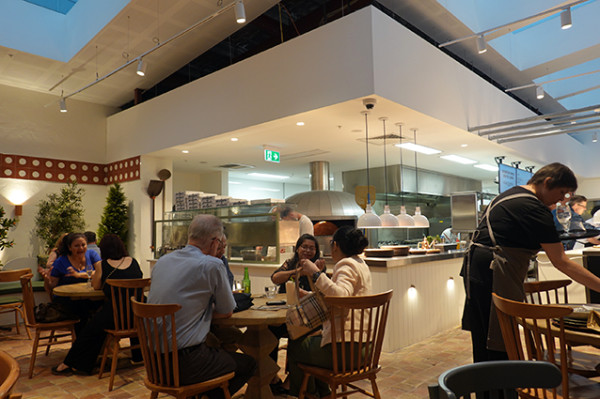 It’s not quite going to transport you to an Italian piazza, but it does feel less like eating with the common people if food courts give you the horrors. We shared a corner with former Sydney Morning Herald Good Food Guide editor, Joanna Savill, who was also availing herself of Manfredi’s pizzas. 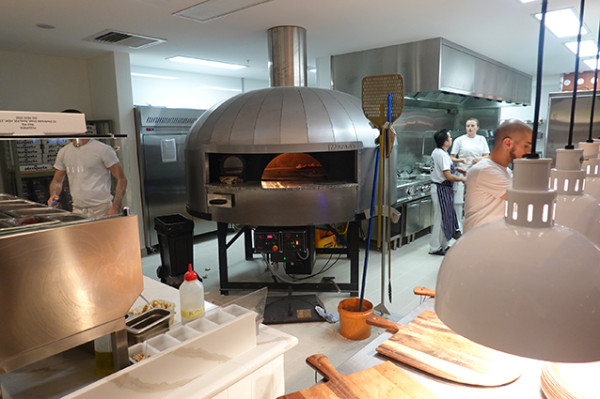 Plucked on wooden paddles from a glowing silver dome - a high-end wood-burning pizza oven from Naples - these blistered beauties look just like the ones I first enjoyed at The Star. 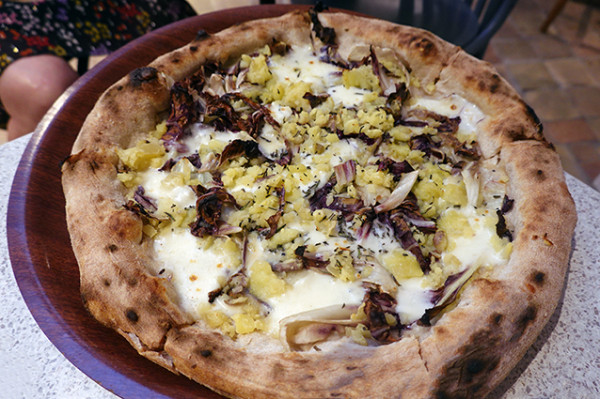 Potato, Rosemary & Gorgonzola Pizza ($20) balances the intensity of blue cheese with aromatic, wood-roasted rosemary, though of course these proper Italian pizzas are more about the naturally leavened (for 24-hours) bases then they are about the stuff on top. 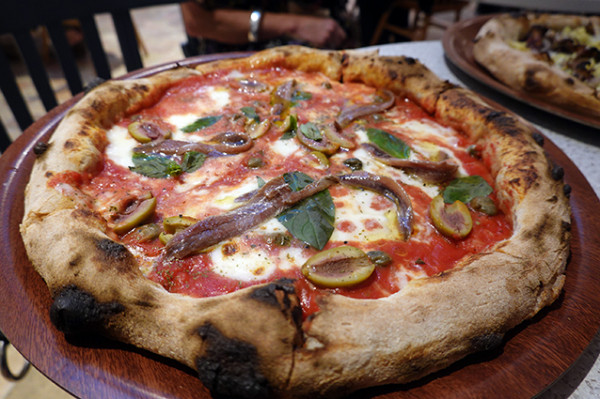 Sicilian Capers & Anchovies Pizza ($21) is a good exemplar of the genre, with a small number of items punching plenty of flavour. 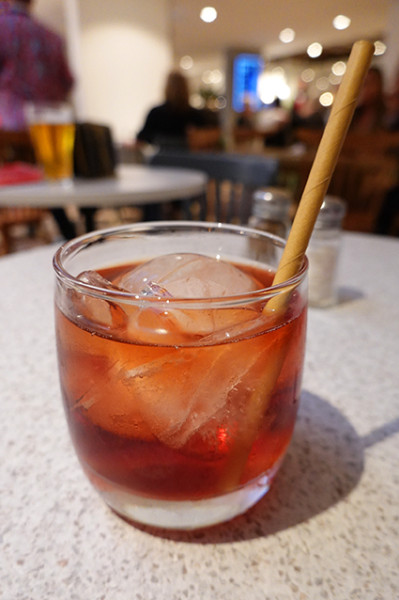 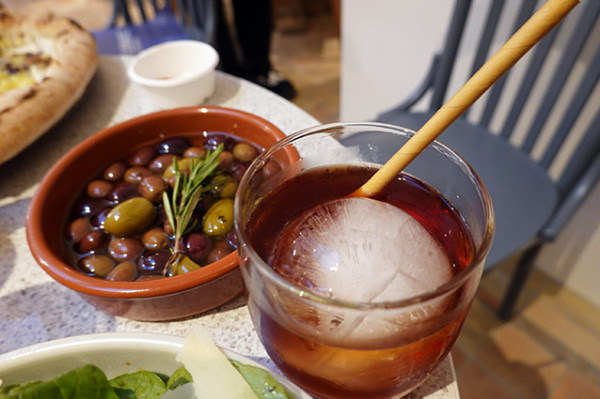 They’re pitched at a size where you can eat a whole one, if you don’t distract yourself with too many sides, though Olives ($7) with your cocktails should be a given. While watching staff consult a menu card to make my Negroni ($16) did fill me with dread, the resulting drink was the best cocktail I’ve ever had in an R.S.L. club (granted that’s a reasonably low bar). Switching out sweet vermouth for Amaro Averna, the Black Manhattan ($15), has a herbal bitterness so it drinks like a darker, brooding cousin of the original. 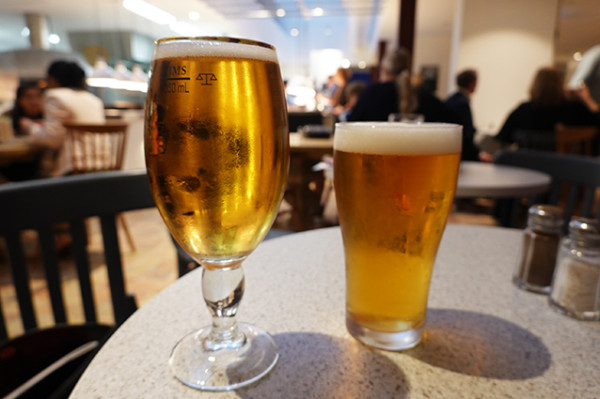 It’s not quite my bag, so it has me reaching for a beer chaser. Preferring draught to cans or bottles, my choices were limited to a Stella Artois ($7.50/goblet) and the 4Pines Kolsch ($8/schooner) - both did the job. 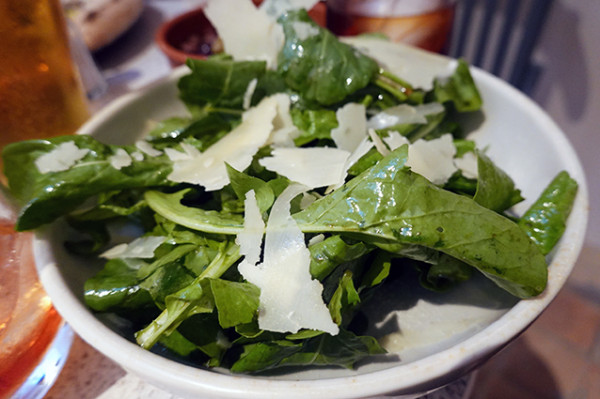 The only lacklustre element in my fast pre-theatre eat was a Rocket and Parmesan Salad ($9) where the leaves had seen better days. 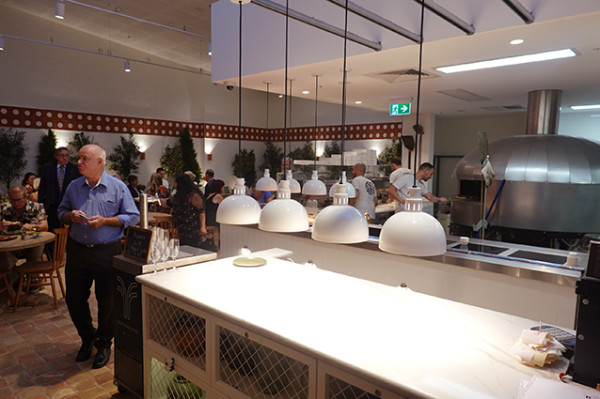 Something for Manfredi and team to iron out with the suppliers, I suspect, in coming days as they settle into their Western Sydney groove.