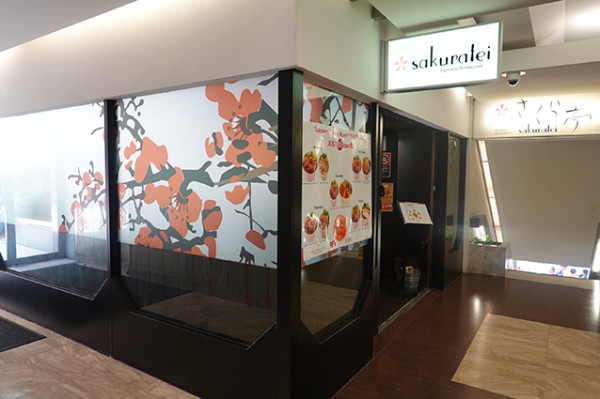 Sakuratei is one of a pair of Japanese restaurants sitting at the rear of St. Martins Tower, in a tiny arcade that runs between Clarence and York Streets. While sister restaurant, Kabuki Shoroku, is a more expensive affair that offers up multi-course kaiseki (the Japanese equivalent to what we’d call fine dining), Sakuratei is aimed at salarymen (Japanese white-collar workers on salaries). It does a roaring trade in fast lunches for tower dwelling folk who, in less than an hour, need to race back to their desks. 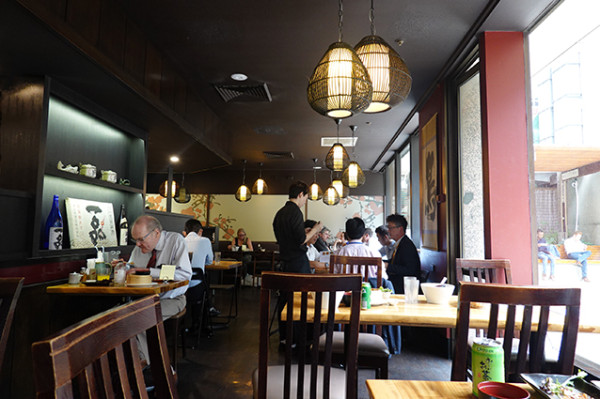 Speed comes at a cost – the simplified menu is a series of well-worn plastic cards grouping lunches into a series of fast-to-produce items with no variations or separate bills possible. 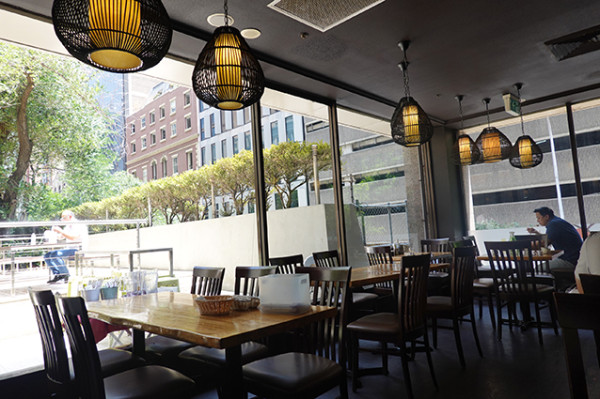 What sets Sakuratei apart however is its outlook. The dark wood panelled dining room with cherry blossom panels faces onto a secret garden centred around a pond filled with giant koi. 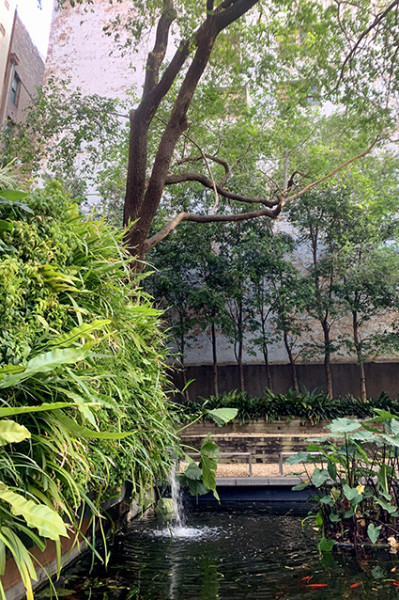 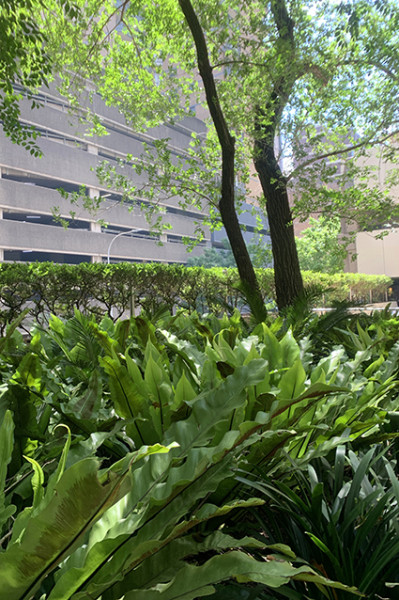 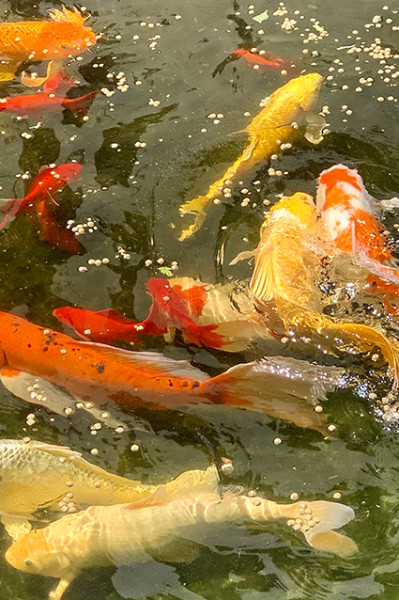 This surprising urban oasis of trees, greenery and writhing mass of golden, orange and white fishes is perched a level above Clarence Street on the roof of a Wilson parking station. 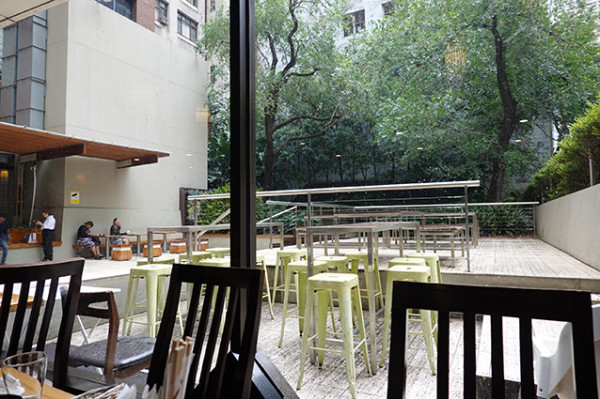 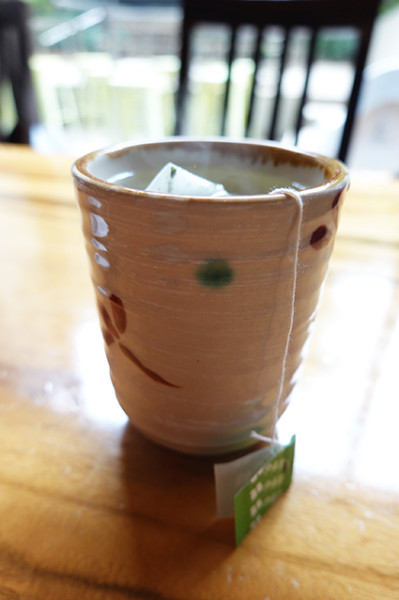 There’s something quite tranquil and restorative about breaking your workday with a cup of Hot Japanese Tea ($2.50) and a leafy green outlook. If the weather is nice, you can dine on bar stools at two dedicated al fresco long tables, otherwise, the restaurant’s floor-to-ceiling are good at bringing the outside in. 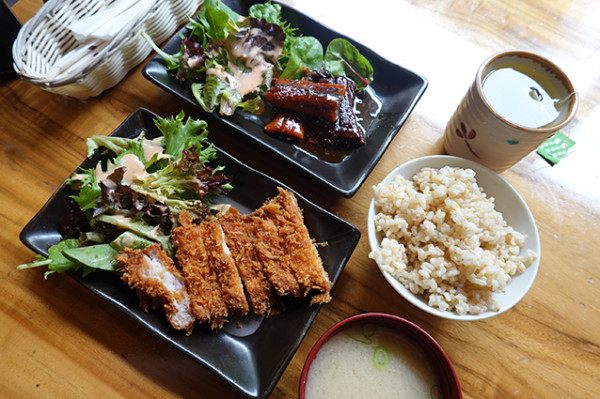 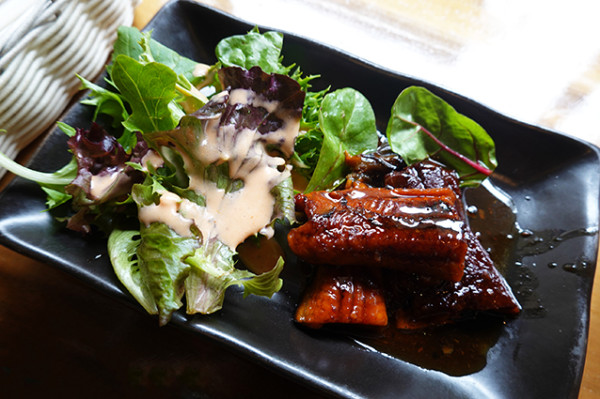 While Bento Boxes ($28/each) are comparatively pricy, Combo Meals ($17) meals give you two dishes of your choosing from a menu of six, served with steamed rice (white or brown) and a bowl of miso. 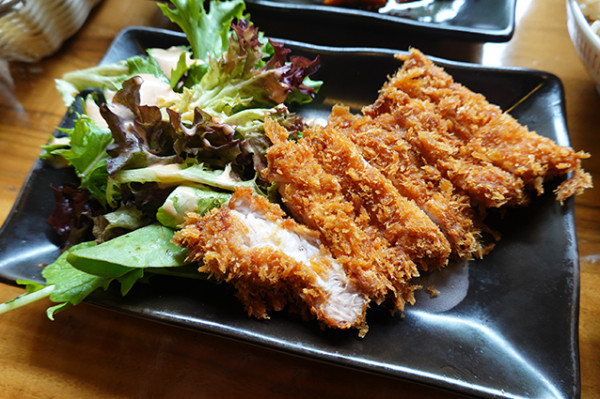 Sticky barbeque eel and panko-crumbed chicken katsu were both generously proportioned and served with mixed greens slathered in a creamy roast sesame dressing. 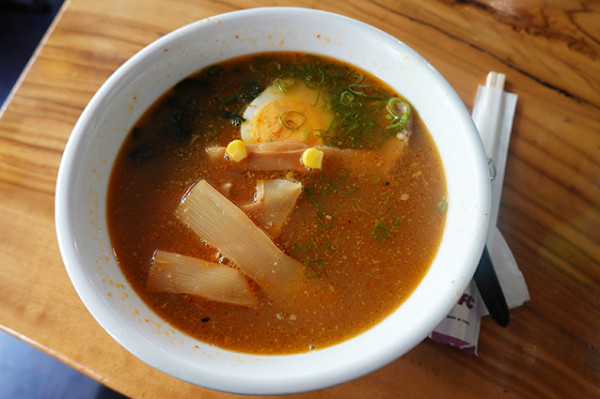 With the menu promising “a LOT of cha-shu”, the Cha-Shu Ramen ($12.90) with a Spicy Miso (+$0.50) soup base would likely make the ramen master from the 1985 Japanese film, Tampopo weep. It’s a crudely presented bowl of soup that’s splashed up the sides on its way to the table. You can just make out a boiled (rather than marinated ajitsuke tamago) egg, and some bamboo shoots. 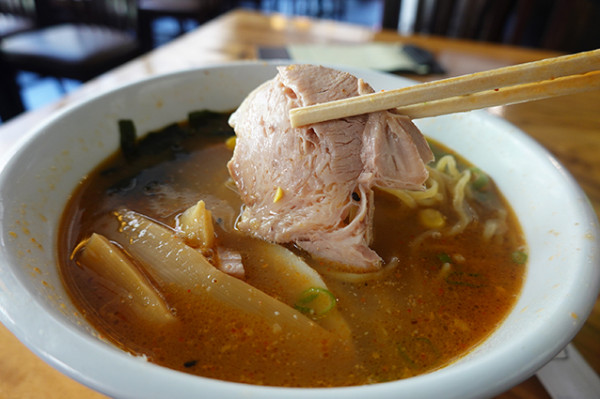 The promised cha-shu (barbequed pork) is nowhere to be seen, however after fishing around a bit, I find three unevenly cut, thickish slices that might have benefited from some blow-torch action to caramelise their gelatinous fat. 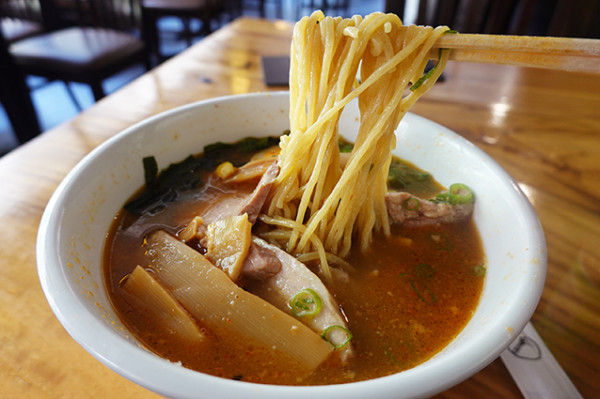 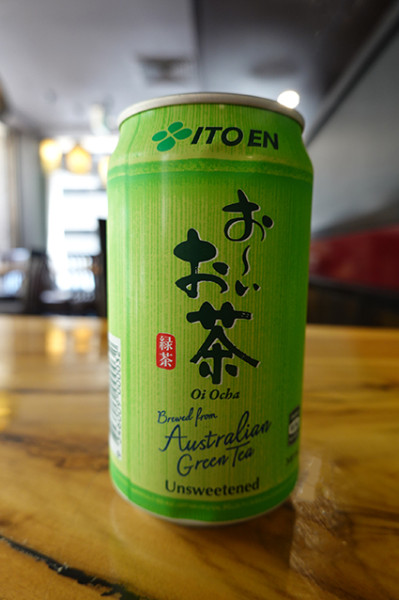 The broth is simple, if slightly on the salty side, with very little richness or bone flavour. It’s not spicy so much as it is faintly lively in the mouth rather than just being flat, making my mouth-soothing Cold Japanese Tea ($3.90) rather redundant. The noodles are soft egg-based affairs, tangled up with seaweed and sweetcorn kernels.

While perhaps dinner might show more elegance, for weekday lunches, Sakuratei is clearly designed to rip through as many hungry salarymen as it can.