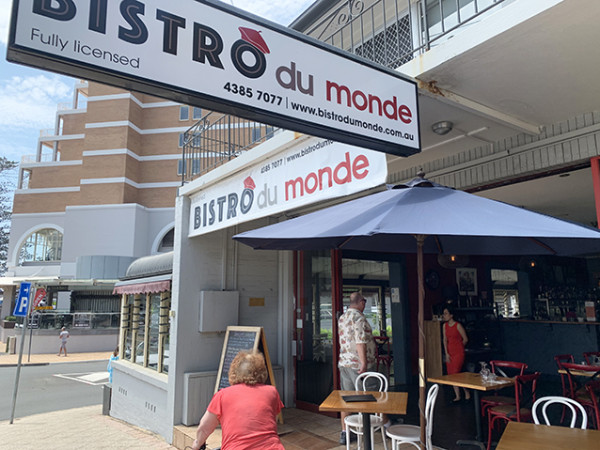 Bistro du Monde has levelled up French dining on the Central Coast. 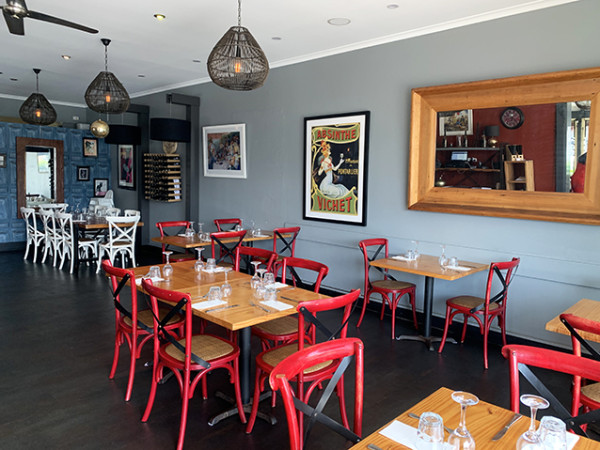 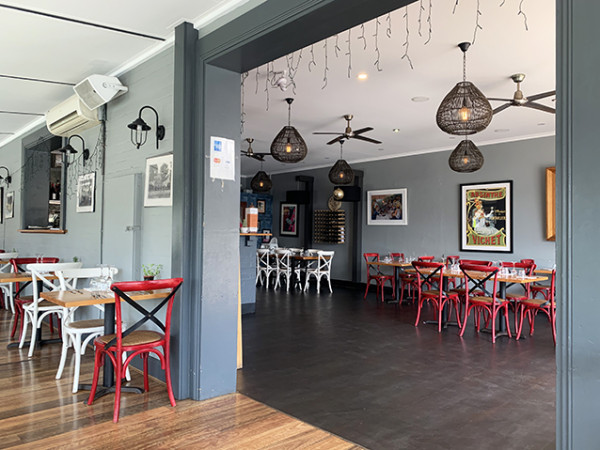 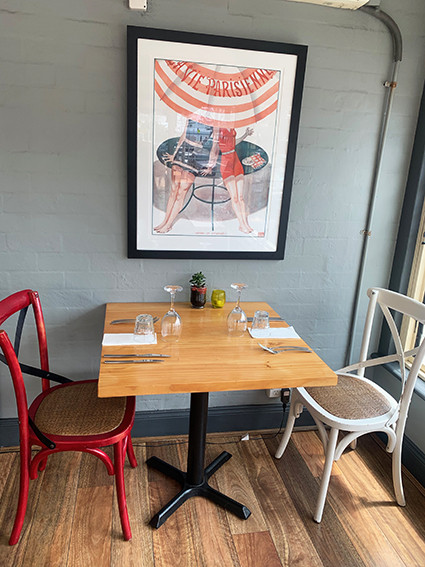 They chose to leave the existing thematic French décor alone and direct their attention onto what was coming out on the plates; and to my palate at least, it’s been a highly successful strategy. 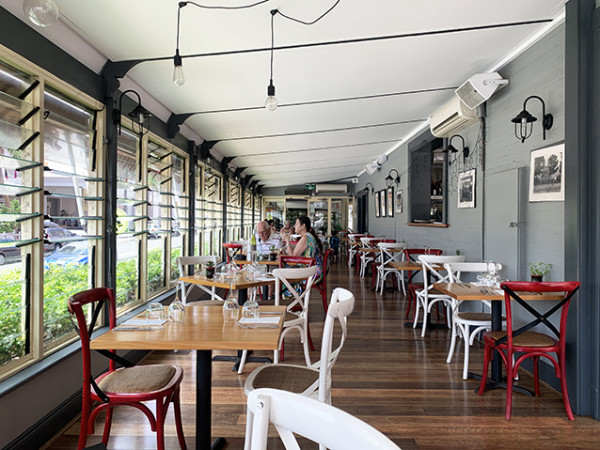 Preferring to avoid the jingoistic nationalism the rest of Terrigal seemed to be engaged in, we popped in for lunch on Australia Day and pretty much had the airy, light-drenched verandah to ourselves. 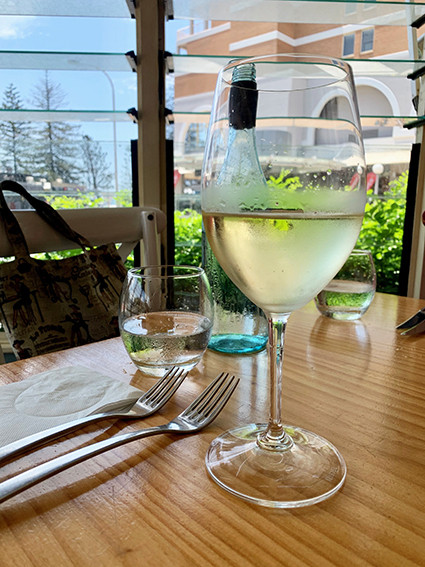 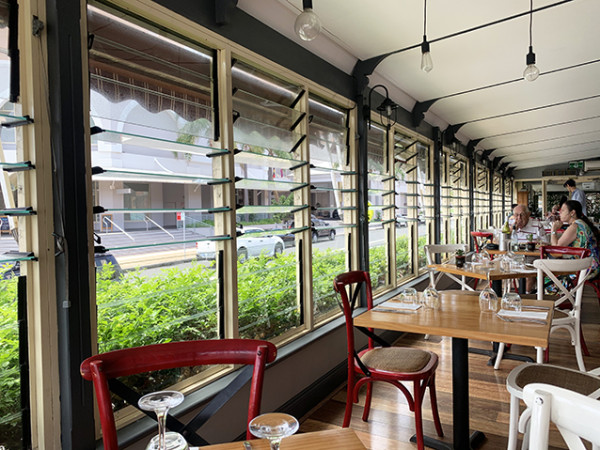 A glass of the 2017 Hugel Gentil ($15) takes a bit of the sting out of the parade of flag-draped faithful marching towards the beach. Made in Alsace, this white wine is a summery blend of gewürztraminer, Riesling, pinot blanc, and Muscat with aromatic fruit and a dry finish, making it an affable seafood companion. 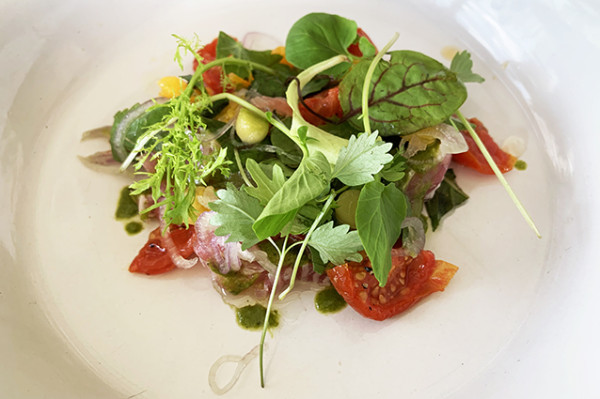 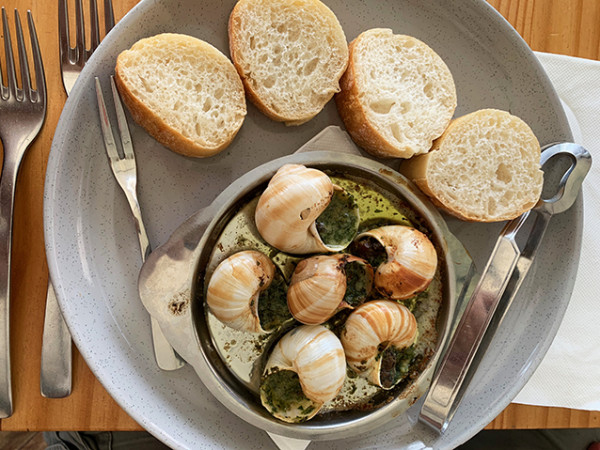 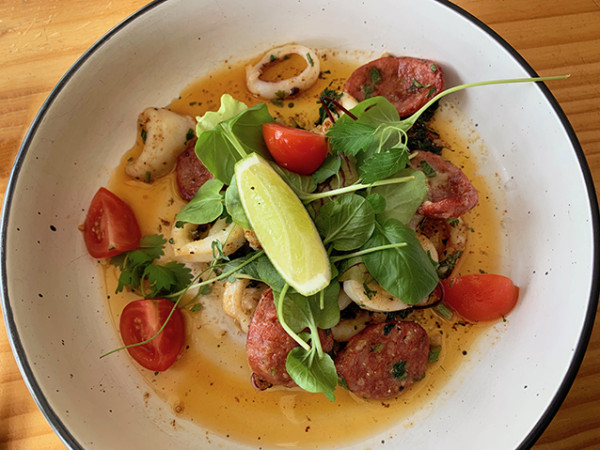 Tender rings of local Squid a la Basquaise ($23.90) are teamed with smoked chorizo, dried red peppers from the village of Espelette, and plenty of garlic under fresh lime and more standout greens. 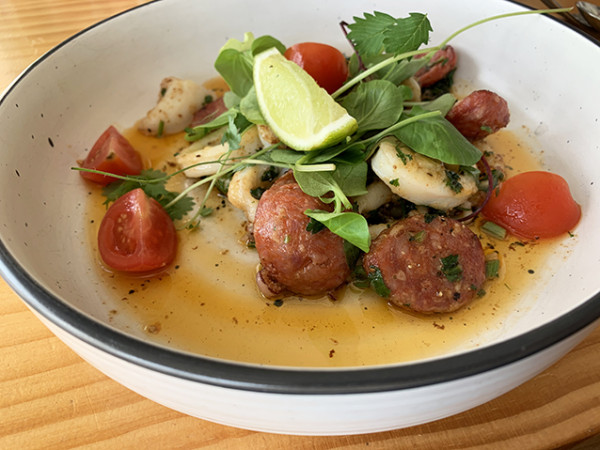 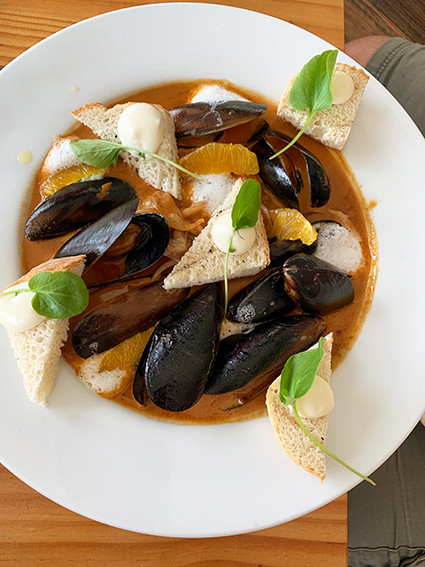 It’s better matched to a slightly bolder 2017 Marc Bredif Vouvray Chenin Blanc ($16/glass) that’s more reminiscent of yellow peaches. From the list of daily specials, the Lobster Bisque ($23/entrée) is well-handled, teaming the same local squid, well-cooked mussels and tiny clams. The richness of cream and crustacean is balanced with juicy citrus segments and aioli-topped sourdough toasts, balanced on the edge of this well-presented soup. 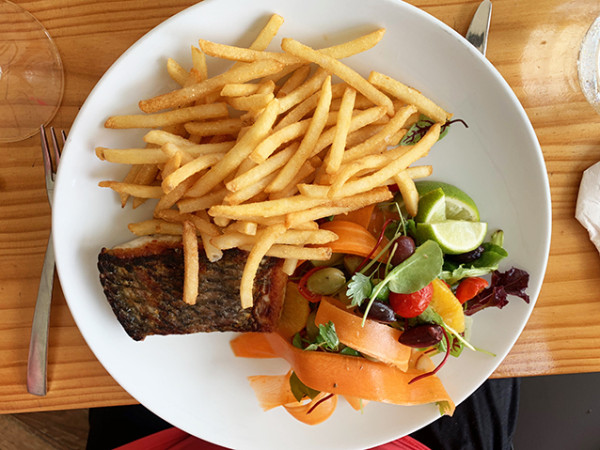 Service, albeit in an almost empty restaurant, was prompt and friendly. The floor team had no trouble accommodating a request to turn a more complex Fish of the Day ($38) into crisp-skinned barramundi with chips. The simple-eater in my party only looked askance at olives in the side salad – but I was happy to take the high quality tangy green olives off her hands, along with a few crisp French fries.