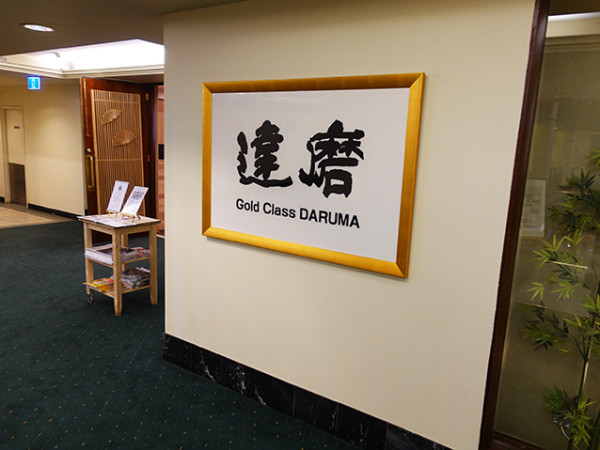 Since changing day jobs back in November, I’ve been searching for a Japanese lunch spot that has the right combination of quality and price, within walking distance of my new CBD office. After giving some of the more obvious street-level options a go, I discovered Gold Class Daruma tucked away up two escalators in The Grace Hotel. 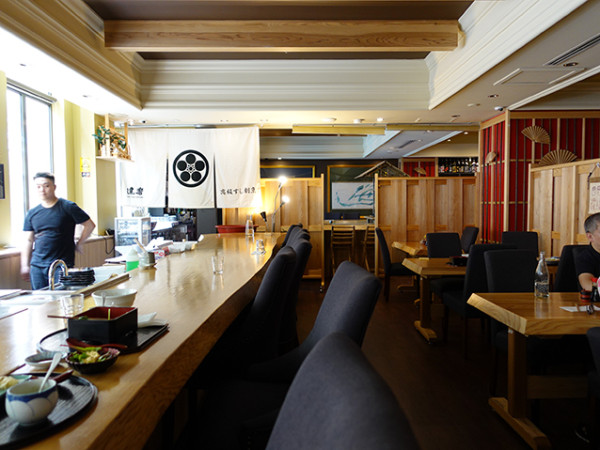 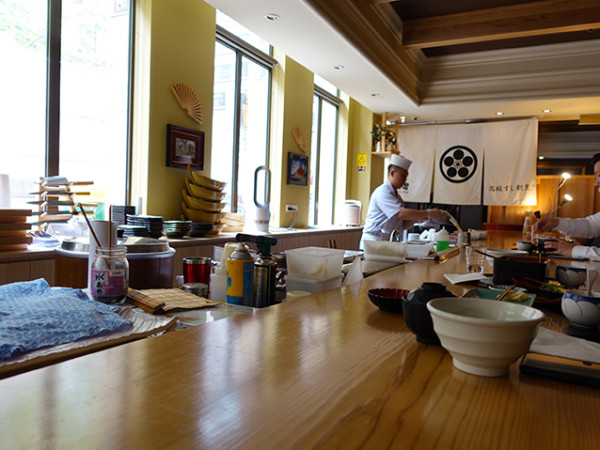 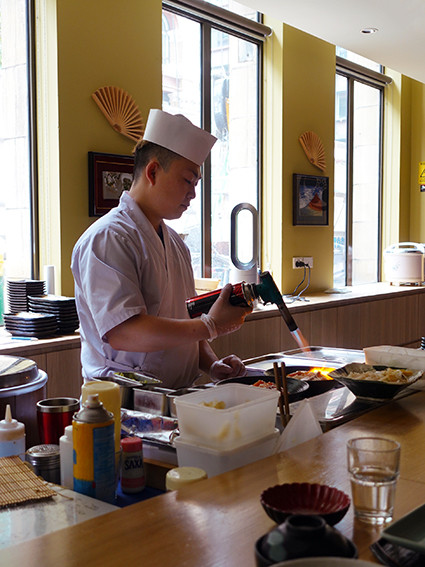 The centrepiece is a wide, organically shaped sushi counter made from 500-year-old cedar wood imported from Japan. Behind it, white hatted sushi chefs are framed in natural light from a row windows onto Clarence Street, with the view blocked by exterior scaffolding on the two occasions I dined. 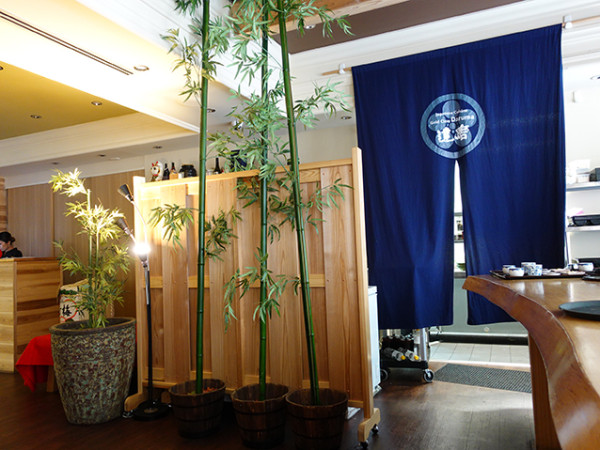 A row of potted leafy green bamboo plants helps to combat this, effectively bringing the outdoors in. 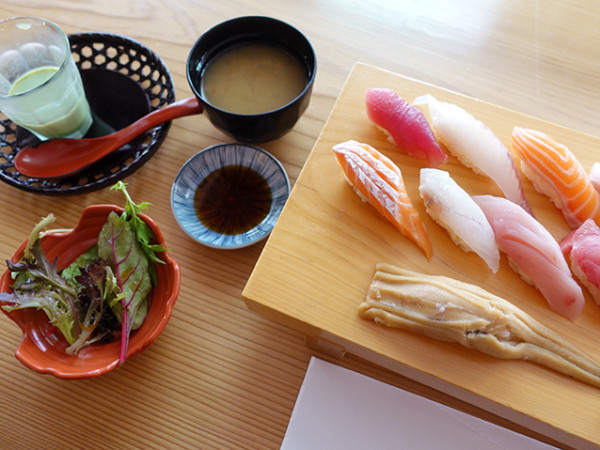 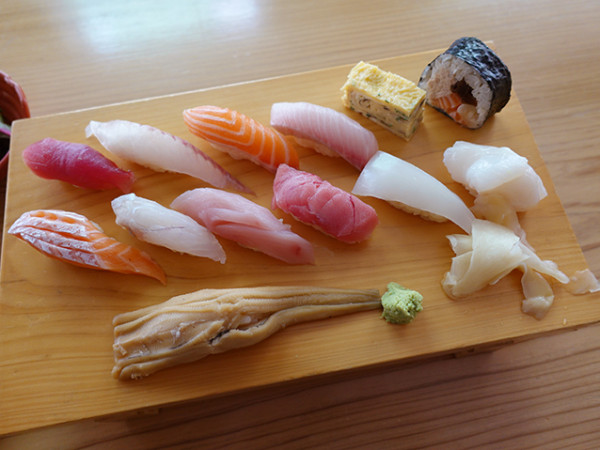 The sea eel has a great savouriness, despite its slightly unwieldy, lewdly long appearance. Squid nigiri pops as your teeth sink into it, with a lovely creamy texture. In the fishes, there’s delicate sand whiting, rich and gelatinous salmon belly and multiple types of tuna, from blue fin, including chutoro, to pale bonito. Raw scallops are slippery and unctuous, while uncooked crab meat is surprisingly chewy. Flavoursome miso shows with more evidence of vegetables in a slightly thicker soup. 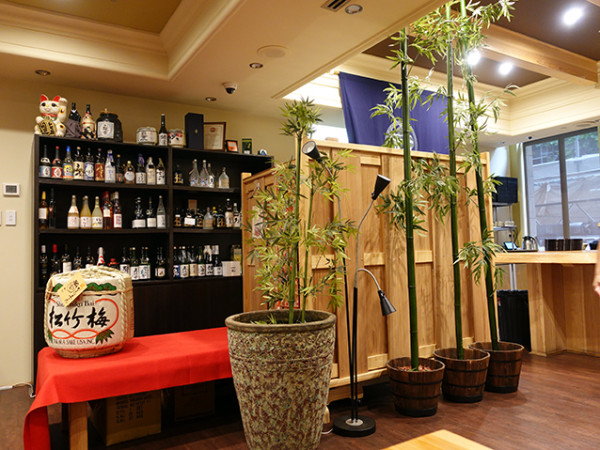 The little glass of matcha pudding is a nice touch. I leave feeling like I’ve had a mental holiday from my busy office life, with a resulting inclination to return again. 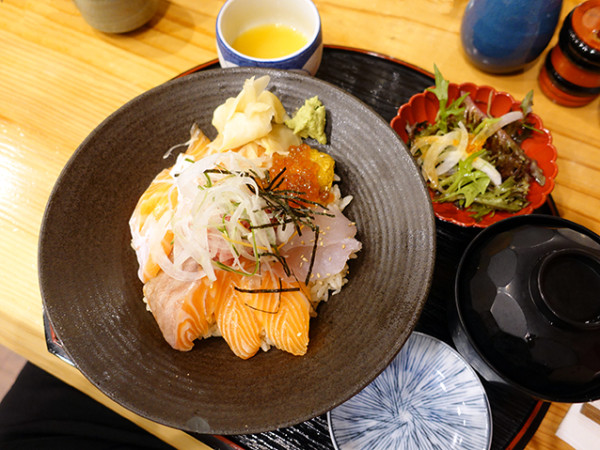 To keep things interesting, Daruma present a daily menu that outlines daily specials, bento and don. Every weekday, they make ten well-priced Bento Box ($22) lunches, though I’m yet to snaffle one. 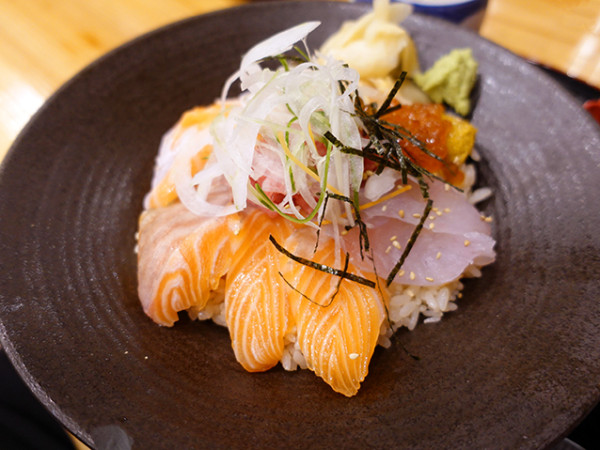 On my second visit I settled for Today’s Don ($24) a collection of sea urchin, salty popping pearls of salmon roe, salmon belly, tuna and minced tuna, tucked under washed onions, all served over warm, flavoursome sushi rice. This time the accompanying leafy green salad was particularly well dressed with plenty of fragrant yuzu, that had echoes in the bright citrus jelly that formed the daily dessert. 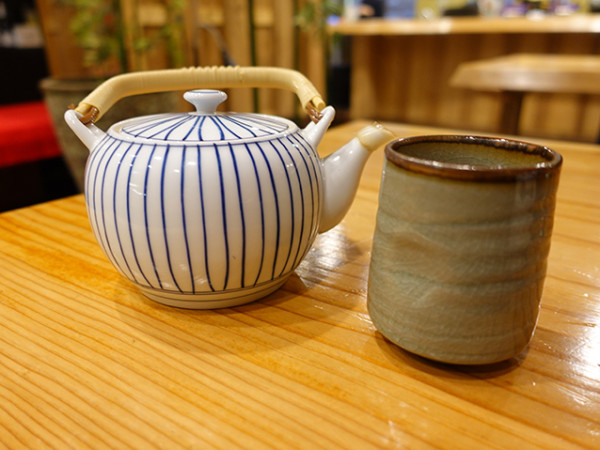 With comfortable chairs, and a steaming pot of Green Tea ($2/person), the tranquil environment at Gold Class Daruma ensures you get a restorative benefit from your lunch in Sydney's bustling CBD.