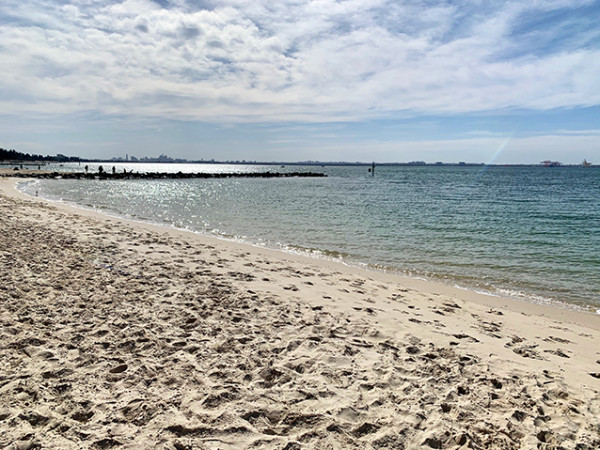 With the restaurant and café restrictions, my dining adventures have been seriously curtailed. Attempting to find a non-crowded beach for er… exercise… gave me the opportunity to swing by Son of a Baker for a post-swim snack. This attractive beach-front bakery café is owned by Roman Urosevski. 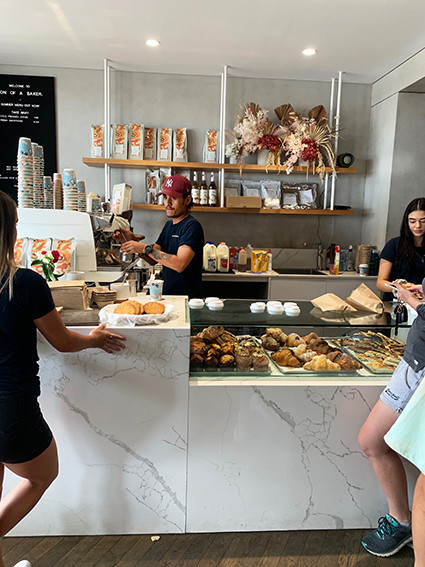 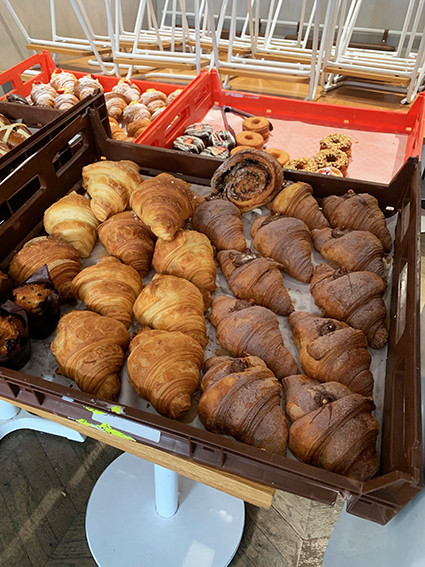 Despite the location in a suburban grouping of shops that has a corner store vibe, it’s tarted up with some monumental grandeur via a marble and glass front counter, home to a stylish matte white coffee machine. Normally full of pale timber tables and seating, everything is currently neatly stacked away, awaiting orders that we’re once again safe to eat in. 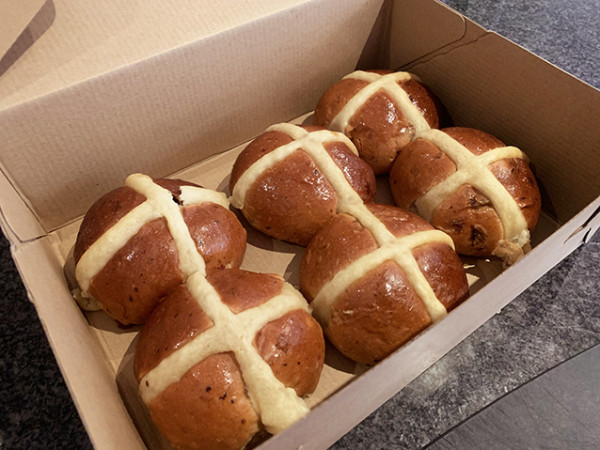 While the boast on the box sets out that the foodstuffs contained within are better than his father’s, it’s clear with the Macedonian burek featured prominently in the glass counter, that Roman hasn’t deviated too far from his Alexander’s Bakery roots. Visiting close to Easter, we picked up half a dozen Hot Cross Buns ($12.50/6) that were enjoyable, though not quite as well balanced as those from my local favourite, Penny Fours. 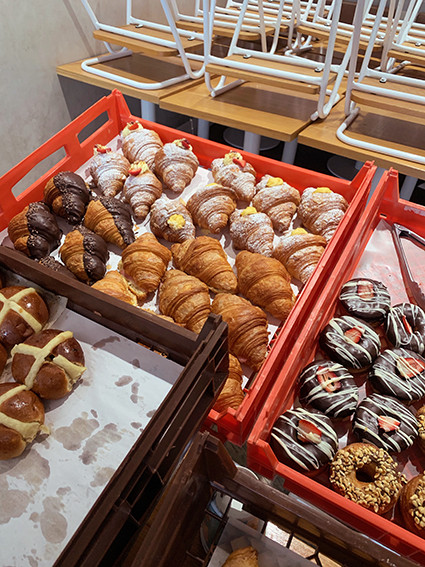 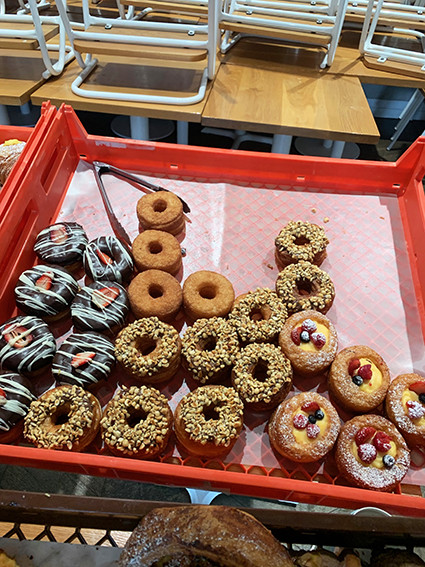 The disassembled interior or the bakery café has created space for racks of baking, though with open bifold windows letting in the beach air, they’re also unfortunately bringing in the flies. From a cursory examination, Son of a Baker seem to specialise in croissants and cronuts, creating new-school flavours using fillings, garnishes, adapting their core pastry with some non-traditional coconut oil to make it vegan friendly. 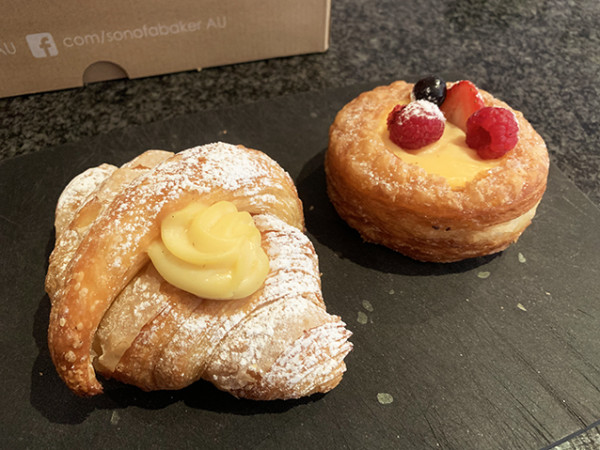 Leaving aside golden pastries stuffed with Nutella, crunchy peanut butter and raspberry jam, and red velvet, I hit up a Custard Croissant ($6.50) as I’d never seen one before. I’m still not quite convinced that an interior of thick custard and coconut oil (rather than butter) does the usually flaky pastry any favours. 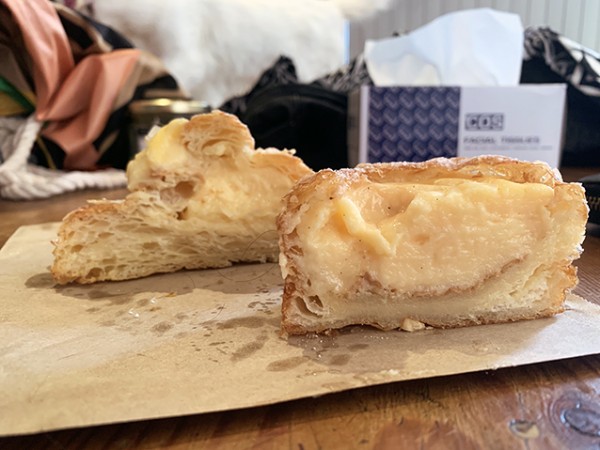 Dotted with fresh berries, the Custard Cronut ($6.50) was a much tastier endeavour. In this pastry treat, the custard offsets the richness of the doughnut-style, deep-fried pastry, balanced out with some bright berry sharpness.

It’s tasty enough to make me consider revisiting for their signature lobster tail Benedict when proper dining adventures can be resumed.