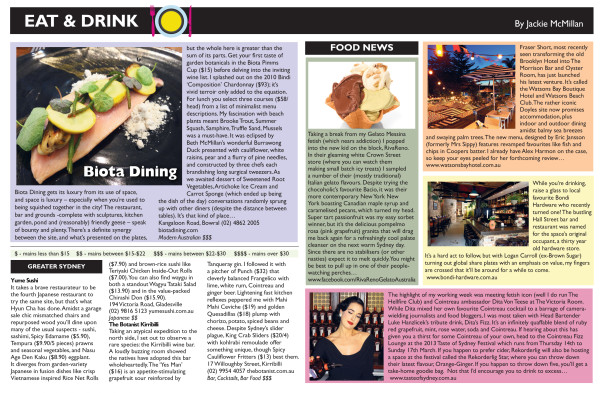 The highlight of my working week was meeting fetish icon (well I do run The Hellfire Club) and Cointreau ambassador Dita Von Teese at The Victoria Room. While Dita mixed her own favourite Cointreau cocktail to a barrage of camera-wielding journalists and food bloggers, I was most taken with Head Bartender Luke Hanzlicek’s tribute drink, Dita’s Fizz. It’s an infinitely quaffable blend of ruby red grapefruit, mint, rose water, soda and Cointreau. If hearing about this has given you a thirst for some Cointreau of your own, head to the Cointreau Fizz Lounge at the 2013 Taste of Sydney Festival which runs from Thursday 14th to Sunday 17th March. If you happen to prefer cider, Rekorderlig will also be hosting a space at the festival called the Rekorderlig Star, where you can throw down their latest flavour, Orange-Ginger. If you happen to throw down five, you’ll get a take-home goodie bag. Not that I’d encourage you to drink to excess…
www.tasteofsydney.com.au

While you’re drinking, raise a glass to local favourite Bondi Hardware who recently turned one! The bustling Hall Street bar and restaurant was named for the space’s original occupant, a thirty year old hardware store. It’s a hard act to follow, but with Logan Carroll (ex-Brown Sugar) turning out global share plates with an emphasis on value, my fingers are crossed that it'll be around for a while to come.
www.bondi-hardware.com.au 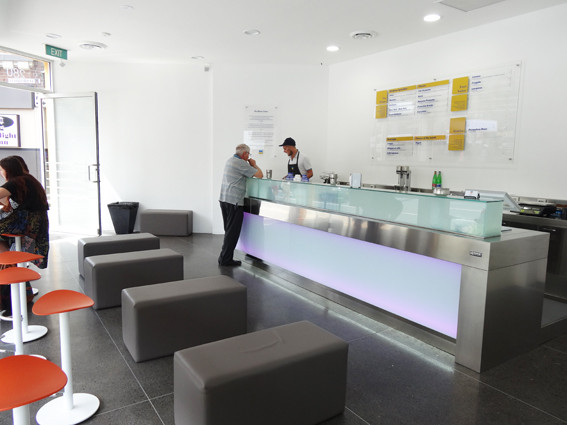 Taking a break from my Gelato Messina fetish (which nears addiction) I popped into the new kid on the block, RivaReno. 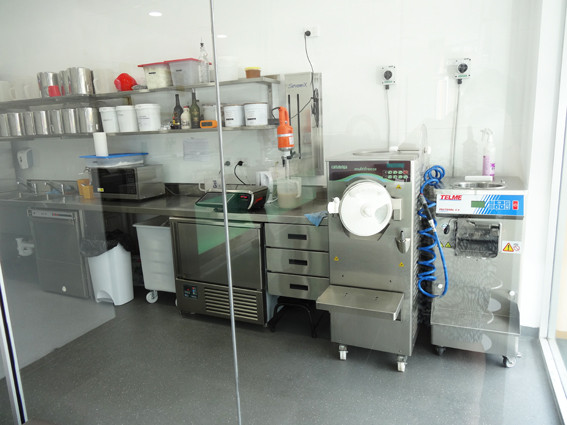 In their gleaming white Crown Street store (where you can watch them making small batch icy treats) I sampled a number of their (mostly traditional) Italian gelato flavours.

Despite trying the chocoholic’s favourite Bacio, it was their more contemporary New York New York boasting Canadian maple syrup and caramelised pecans, which turned my head. Super tart passionfruit was my easy sorbet winner, but it’s the delicious pompelmo rosa (pink grapefruit) granita that will drag me back again for a refreshingly cool palate cleanser on the next warm Sydney day. 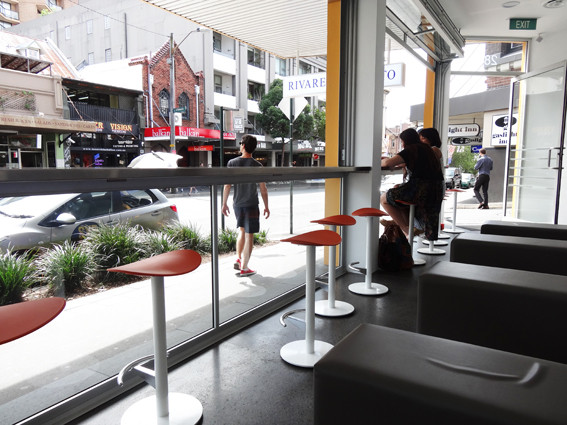 Since there are no stabilisers (or other nasties) expect it to melt quickly. You might be best to pull up in one of their people-watching perches…
www.facebook.com/RivaRenoGelatoAustralia

Fraser Short, most recently seen transforming the old Brooklyn Hotel into The Morrison Bar and Oyster Room, has just launched his latest venture. It’s called the Watsons Bay Boutique Hotel and Watsons Beach Club. The rather iconic Doyles site now promises accommodation, plus indoor and outdoor dining amidst balmy sea breezes and swaying palm trees. The new menu, designed by Eric Jansson (formerly Mrs Sippy) features revamped favourites like fish and chips in Coopers batter. I already have Alex Harmon on the case, so keep your eyes peeled for her forthcoming review…
www.watsonsbayhotel.com.au