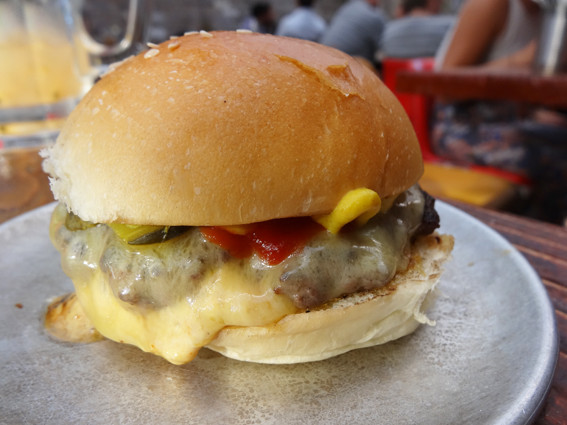 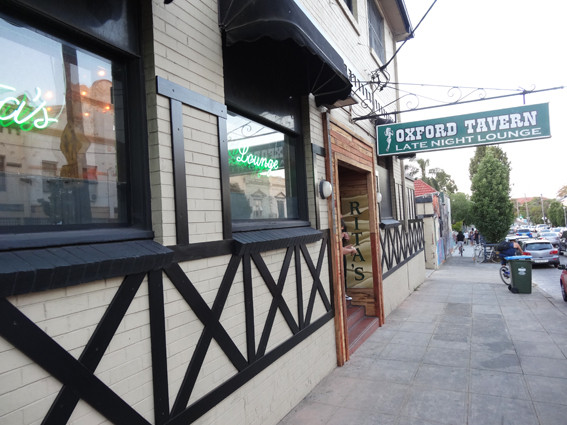 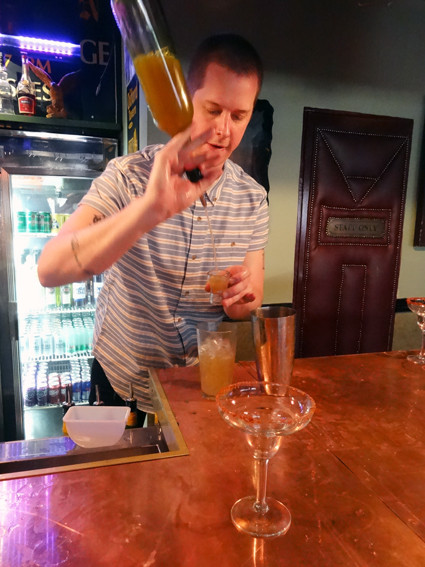 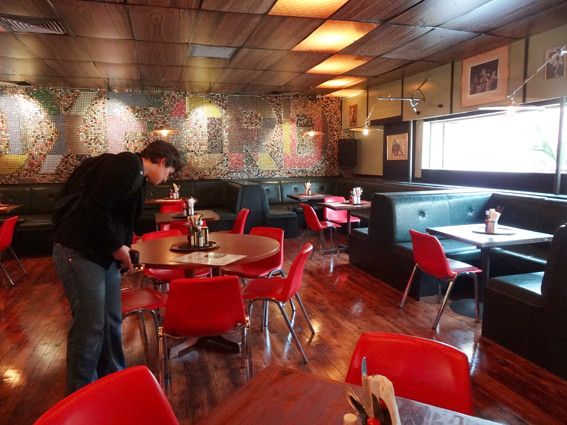 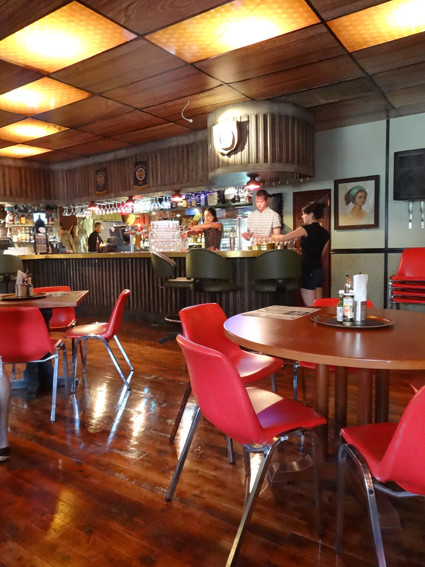 ...is now the most family-friendly of the Drink’n’Dine venues, which include The Abercrombie, Santa Barbara and most recently House of Crabs. 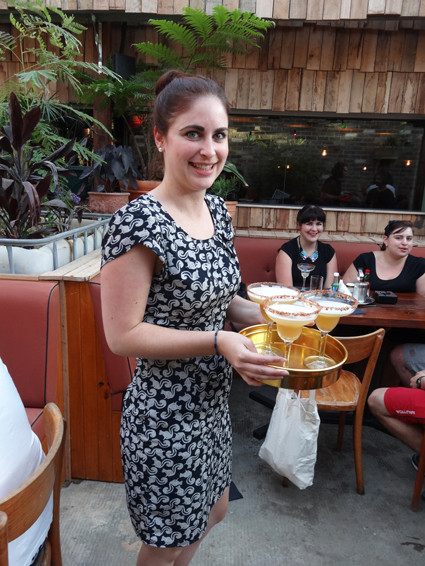 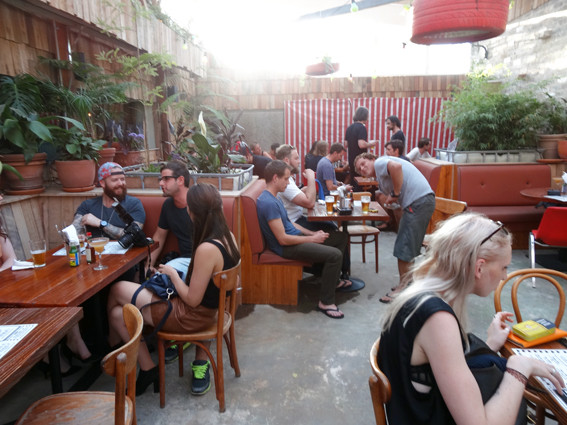 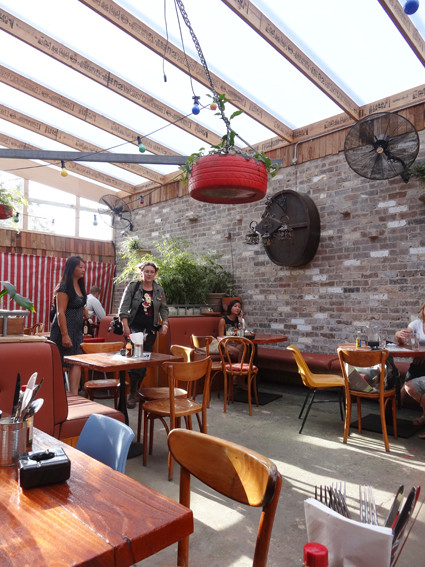 If you do park in the beer garden with little people, you might want to think up an age-appropriate explanation of their only dessert - The Jelly Wrestle ($20) – that comes with gloves not cutlery. 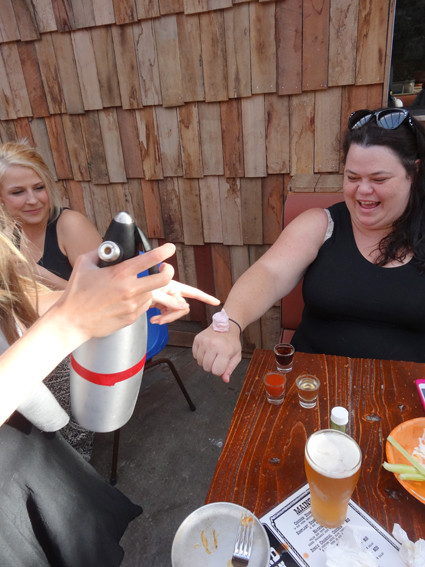 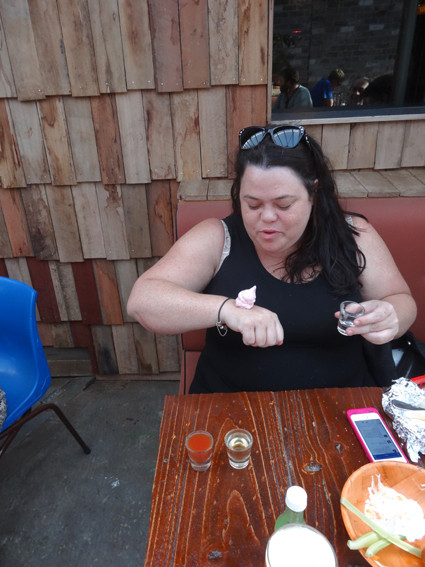 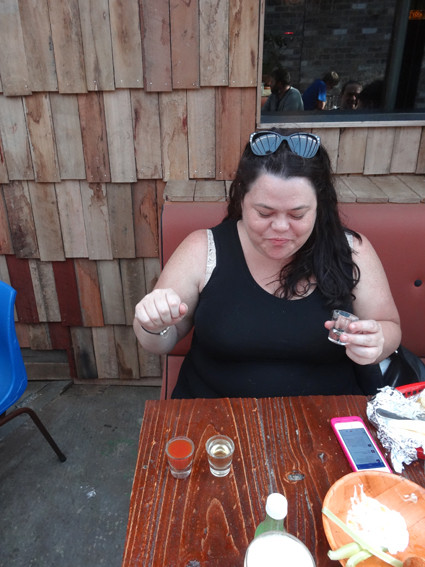 Being kid-free, I availed myself of a Swinging Tit ($9) instead. With Kraken Spiced Rum juxtaposed with pink jellied foam that’s sprayed onto your arm, it’s another nice nod to the building’s former occupants. 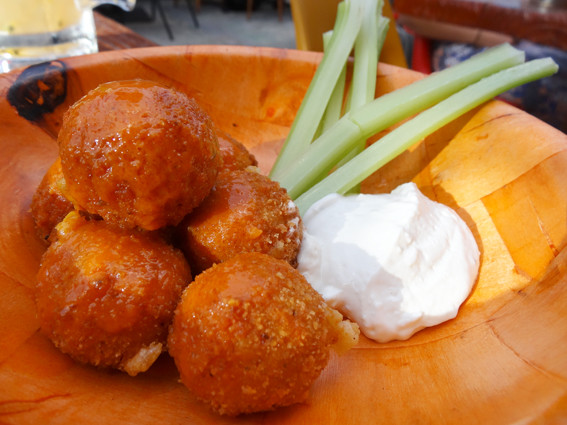 Buffalo Cauliflower Balls ($14) with hot sauce and blue cheese sauce stick to your ribs if you’re settling in for... 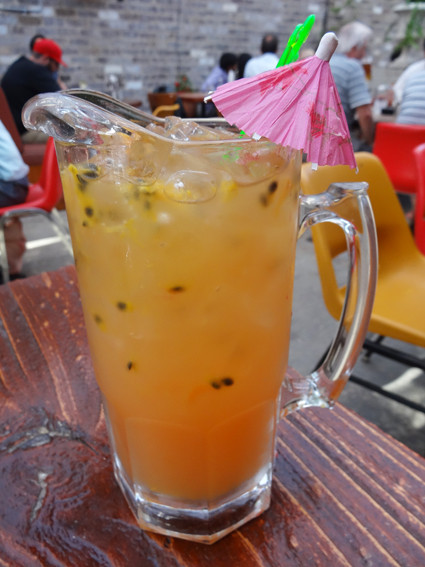 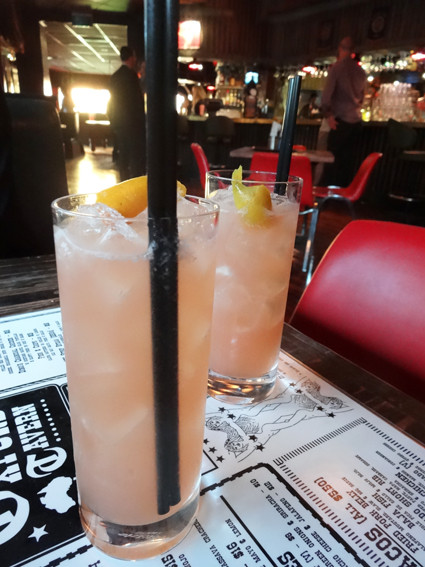 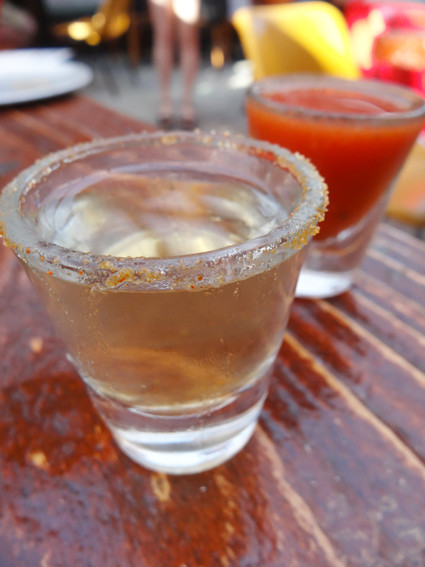 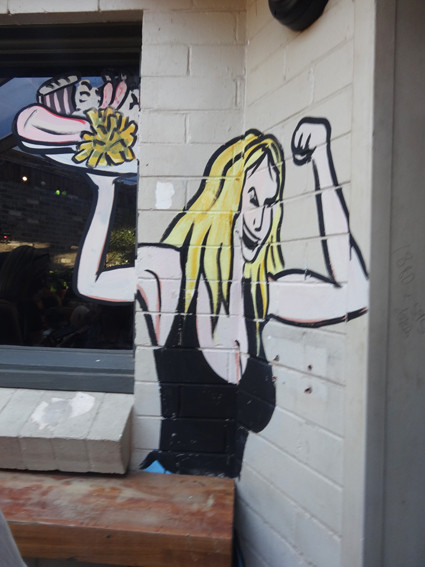 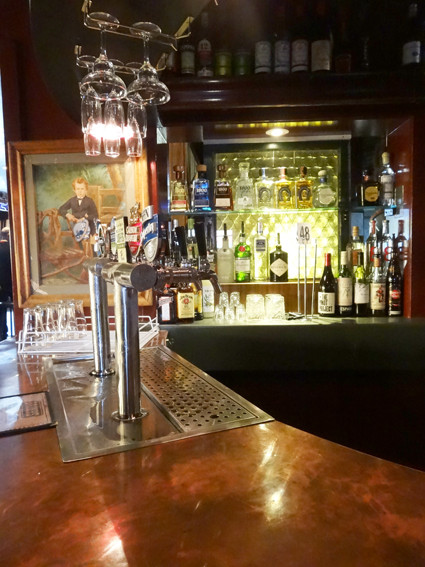 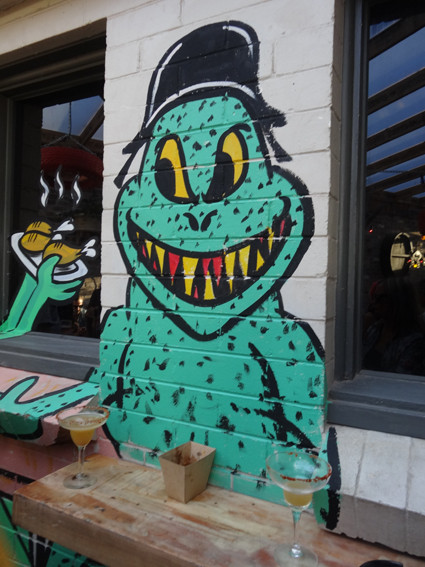 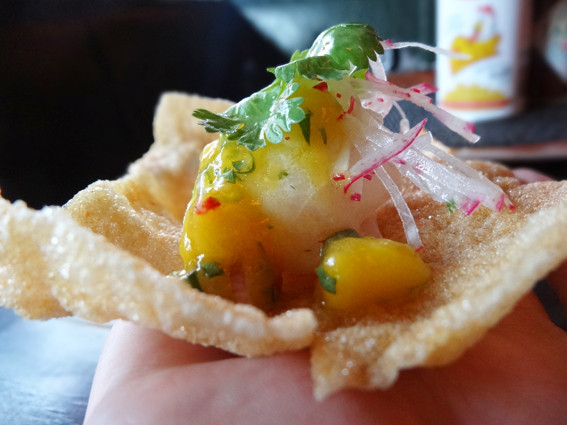 Less alcohol-fuelled eating might include their accessible Ceviche ($16) on sweet cassava crackers, followed by... 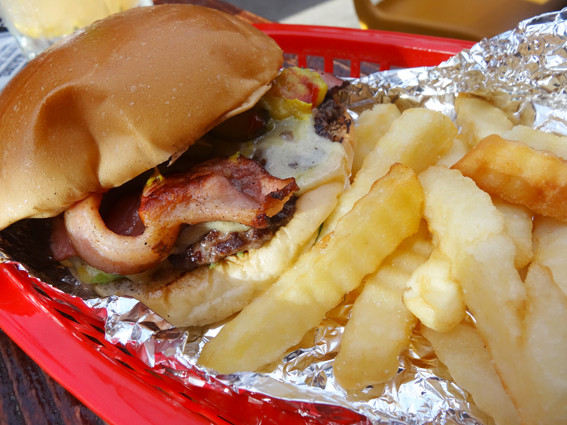 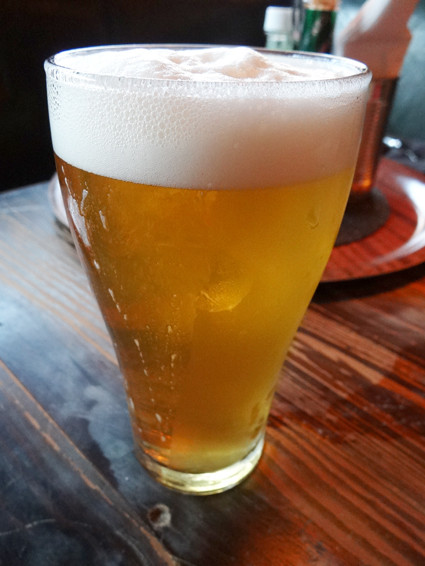 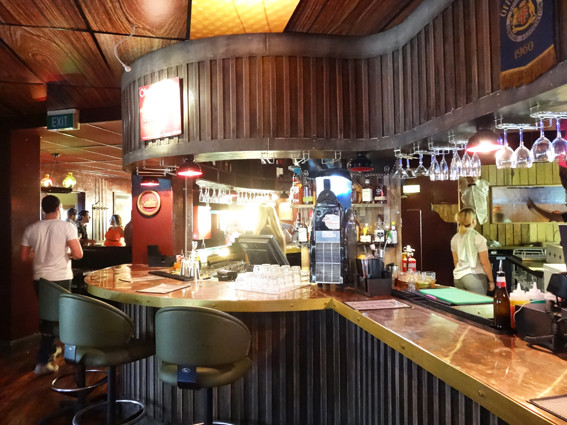 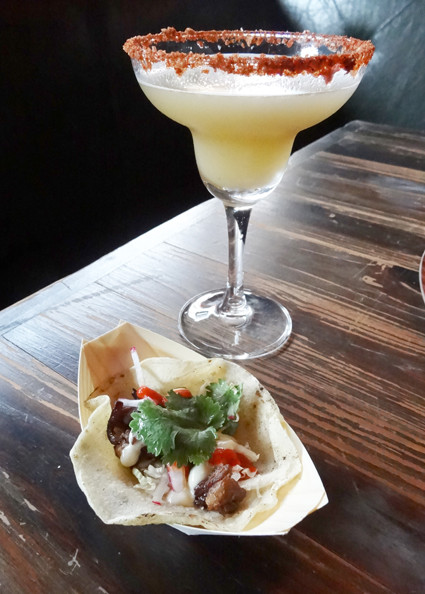 Drinking a schooner of Kosciuszko ($6.50) might suffice, though beer made me hanker for their upcoming American BBQ (set to arrive on Australia Day). 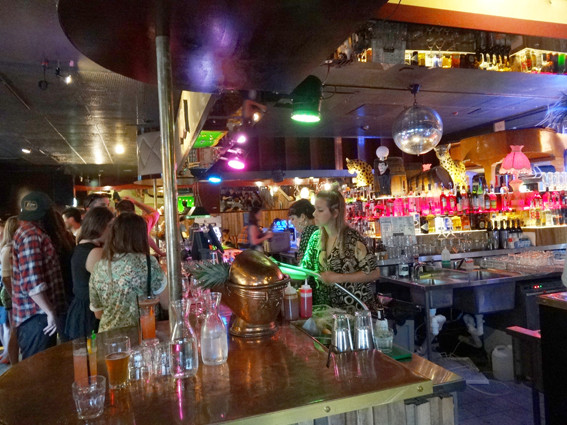