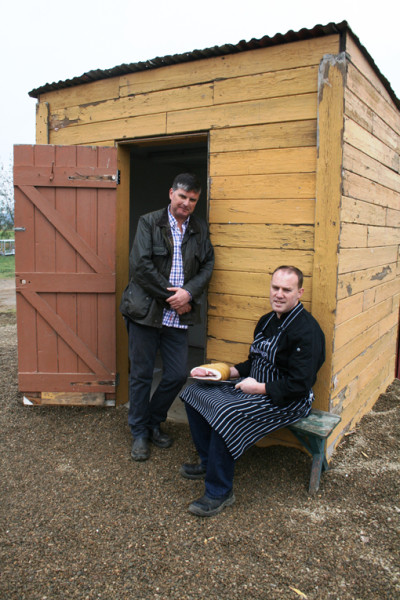 Today is the beginning of Australian Bacon Week (22-28 June). Consider this your reminder to race into one of Adriano Zumbo’s stores to try Miss Piggy. The wobbly piggy-shaped treat combines bacon and crème fraiche mousse with strawberry anise sponge and a bacon-hazelnut crunch. It’s just one innovative use of bacon I got to sample at Eau-de-Vie last week, when I met the official Bacon Week winner: Pialligo Farm Smokehouse. Using traditional cold-smoking techniques chef Peter Curry picked up in Ireland, they make a beautiful, gently salty rasher, which has a hint of brown sugar sweetness, and a kiss of smoke at the end. They don’t add water, so you won’t see much shrinkage in the pan if you buy some from Hudson Meats. You’ll also find Kevin Bacon gelato featuring maple and whiskey gelato dotted with candied bacon at Gelato Messina; Boss Hog bacon beer at Rocks Brewing Co. and bacon bourbon will make its way onto the cocktail menu at Eau-de-Vie. And when you’re buying bacon, be aware that over two-thirds of the bacon sold in Australia is made from imported pork. To support our local industry, look for the pink PorkMark. 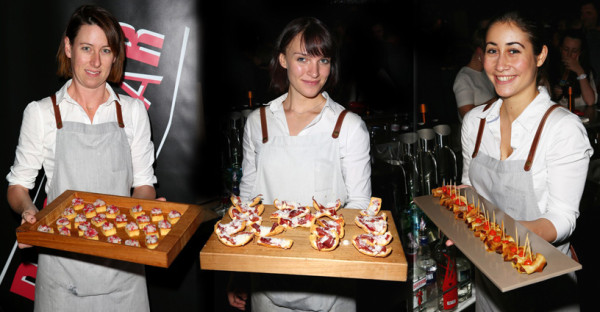 And while we're talking about the pig, I'll also give you a brief rundown of a recent visit I had to Bentley Restaurant & Bar in its new home at the Radisson Blu Hotel. We were brought together for a Porkstar event, so the place was wall-to-wall chefs, farmers and media. I managed to get some time talking pig with Lauren Murdoch (formerly 3 Weeds), Grant Croft (formerly The Cut), Ruben Martinez (formerly La Scala on Jersey, now Gira Osteria), Paul Cooper (Bishop Sessa), Rebecca Ingham (Bar H), pig farmer Lee McKosker (Melanda Park Free Range Farm) and Australian produce ambassador Dame Lyndey Milan over a range of canapes including crisp pork skin and prawn, crisp potato and chorizo, and ham and Parmesan crisps. 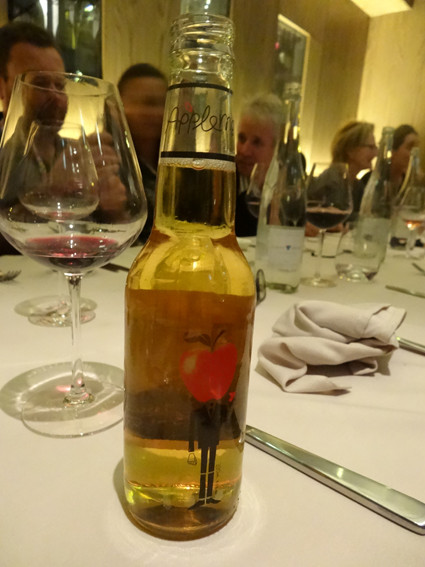 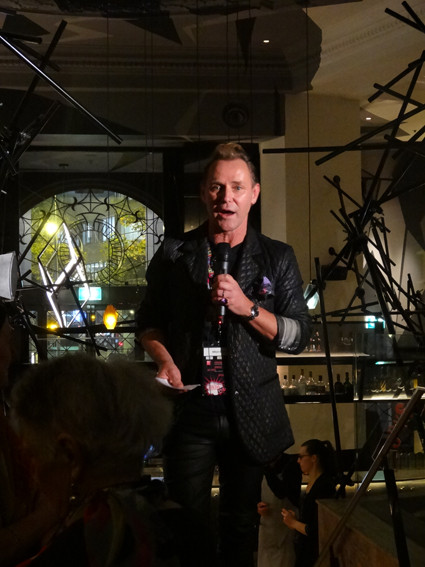 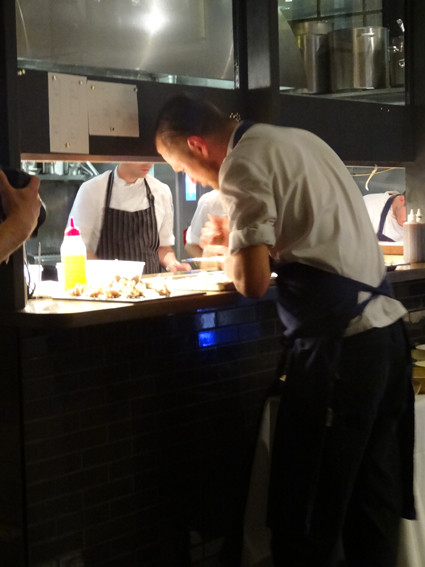 All those salty snacks work up a powerful hunger and thirst, so while we sat down to Appleman ciders, James Squire beers and Skimstone wines, Mitch Edwards from Australian Pork dragged chef Brent Savage out of the kitchen for a chat about his dishes for the evening. 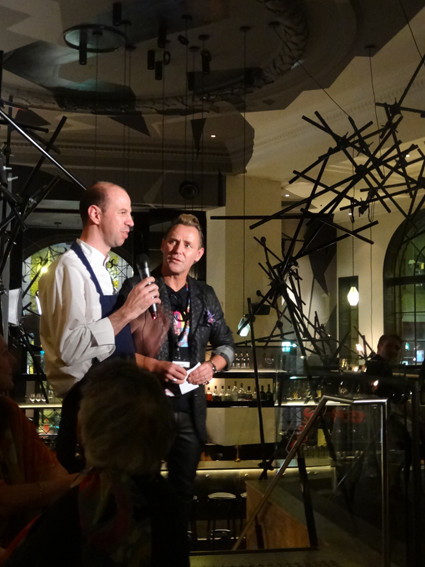 It was a short discussion because Brent was "deep in the weeds" - and kudos for him for saying so, because it reminded us all that no matter what level you cook at, it isn't easy putting your restaurant on display for a hundred of your peers all seated for dinner at the same time. 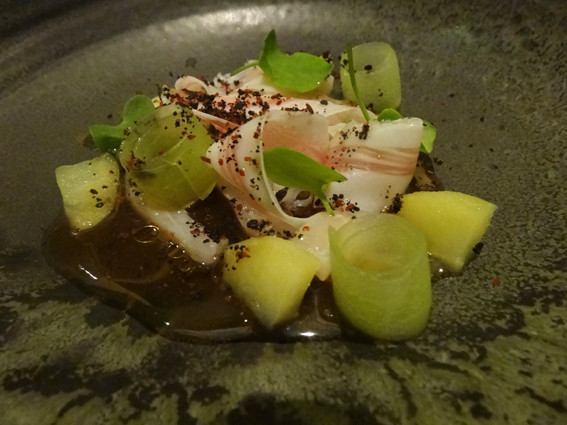 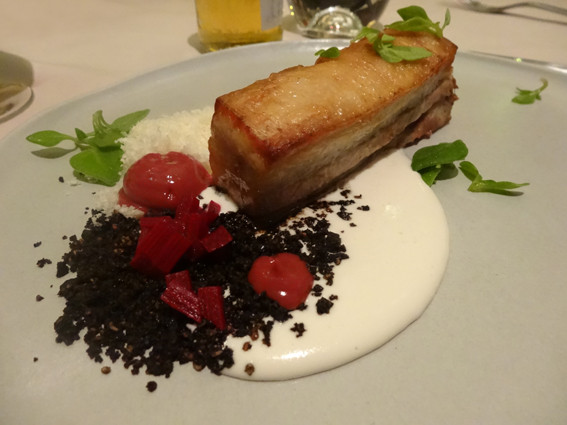 ...and a macadamia-milk pork belly with wattle crumbs and rhubarb.

FREE BACON: Now if you lasted all the way to the end of this post on the pig, you must be a real fan, so I will give you two secret events where you can get free bacon infused booze...
Secret Event #1: First 50 people through the Rocks Brewing Co. door at Alexandria at 3.30pm on Sunday 22nd June will receive a FREE Boss Hog bacon beer and a packet of the award winning bacon.
Secret Bacon Event #2: First 25 people through the Eau-de-Vie door in Darlinghurst on Tuesday 24th June at 6pm will get to try the smoked bacon bourbon cocktail FREE.
Of course if you miss out on the free stuff, you will be able to purchase both drinks at both locations.

Find the other businesses mentioned: