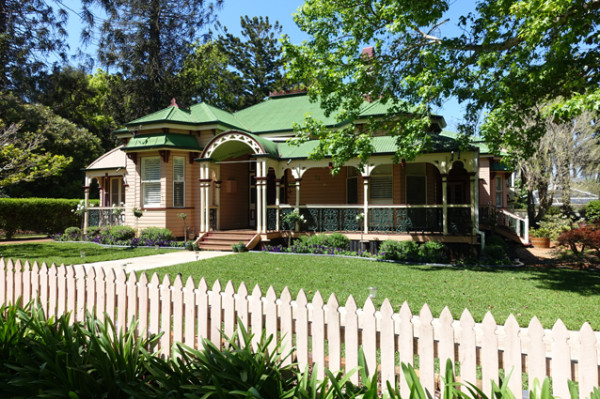 While most of my travel posts centre upon food, in between meals I like to insert a little art, culture and architecture. 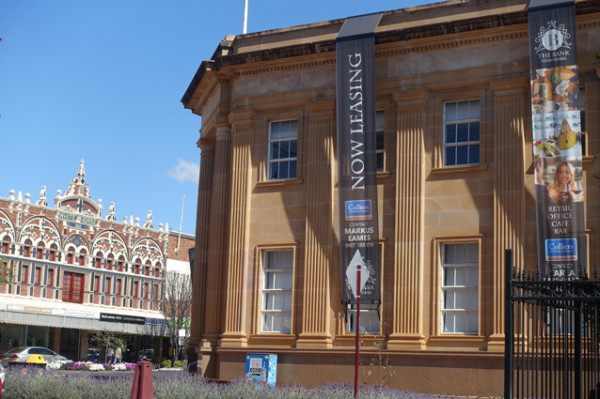 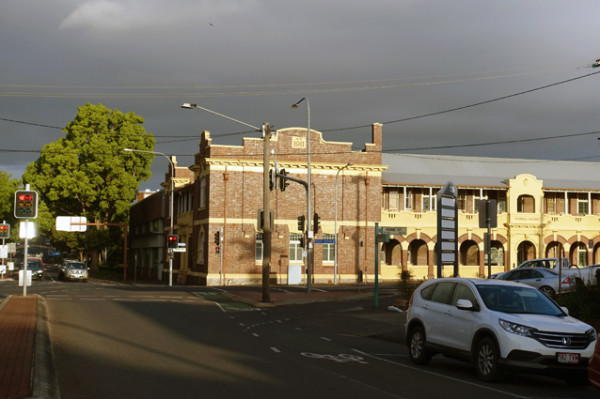 Though you might not imagine it, Toowoomba Queensland is a great place to visit if you'd like to see a wide range of Australian architecture all collected in a reasonably compact area. 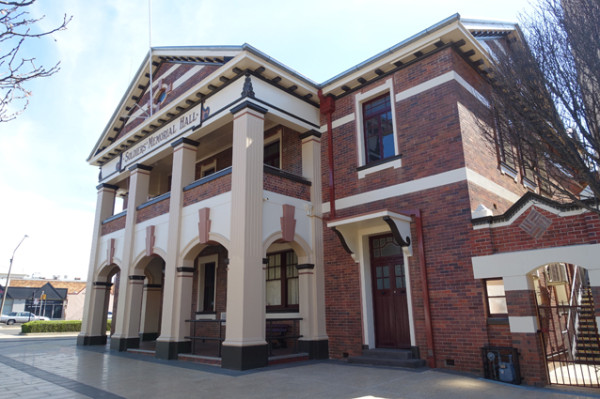 It has come about through an enlightened local Council initiative that supports residents and business owners in their conservation of architecture through a Heritage Advisory Committee, running since 1994. 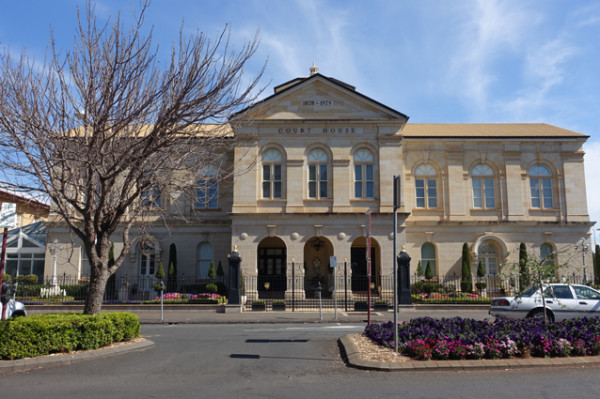 This committee provides free advice to residents, and is backed up by a CBD Heritage Incentives Scheme where Council co-pays for building renovations that restore original colours and architectural features, and add to the streetscape by removing unsightly things like advertising. 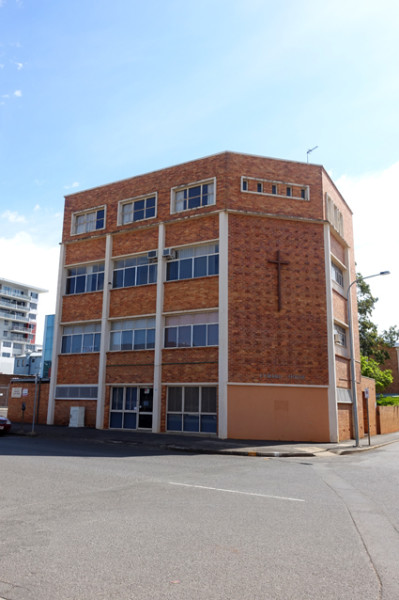 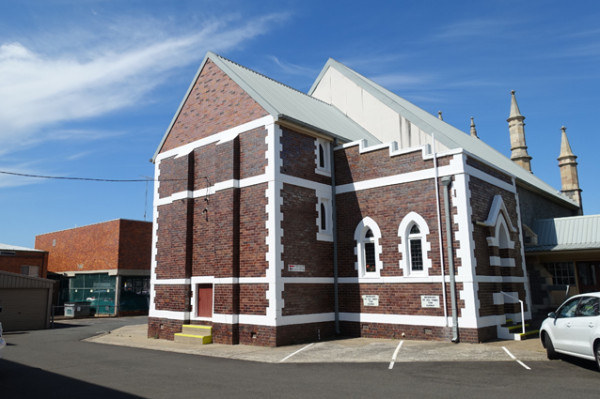 It's an initiative that Toowoomba Mayor Paul Antonio was rightly proud to explain as we sat in the gorgeous heritage-listed Strand Cinema. 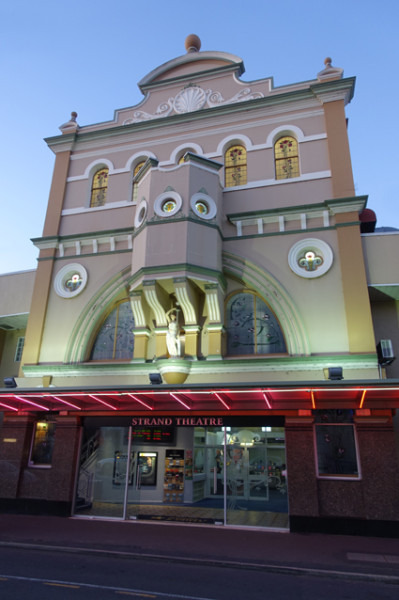 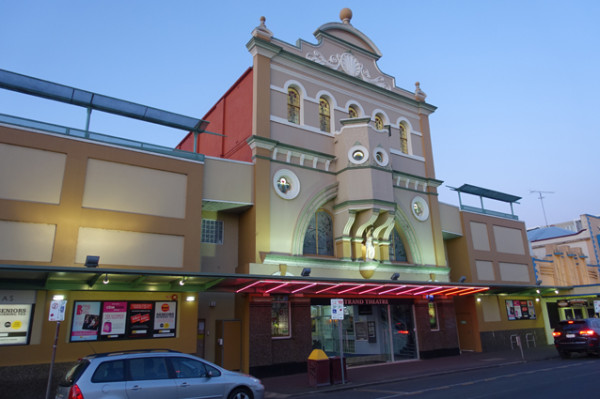 This building was built from 1915-1933, and renovated extensively in 1992 when the original cinema was stripped of seating, and refurbished into a large foyer for the cinema complex. While much of the 1916 decor has been removed, you will still find yourself standing under the original pressed metal ceiling. 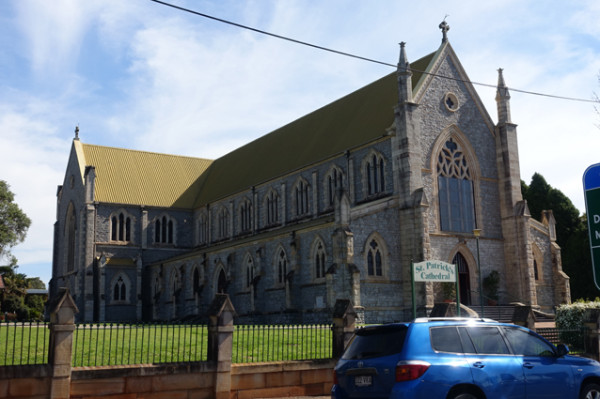 On a drive around the town, you'll also find Victorian Gothic architecture at the heritage-listed St. Patrick's Cathedral that was built from 1883-1935. 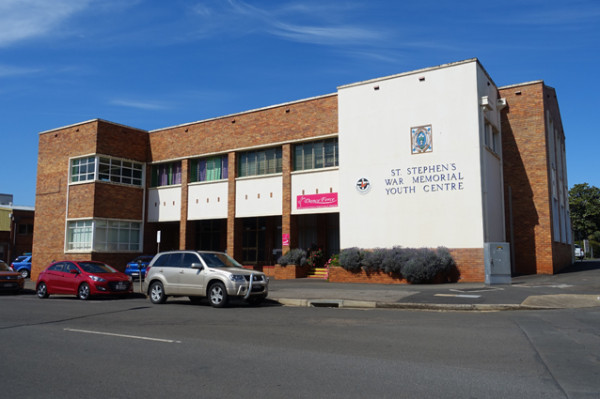 It was designed by Toowoomba architect James Marks who has a few other significant works in the town, including a number of private residences and St. Stephen's War Memorial Youth Centre. 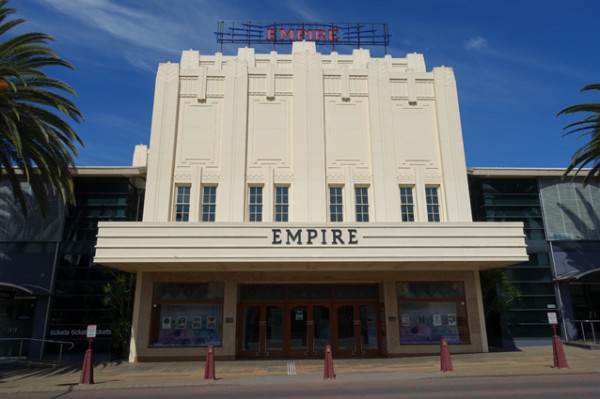 The Art Deco period is well-represented in Toowoomba, most notably in the beautiful Empire Theatre, a purpose-built picture house that mostly can be dated to 1933 (some parts of the building date back to an earlier 1911 theatre on the same site). The styling of this building reflects the glory days of Hollywood, with two amazing metallic mounted fish tanks catching my eye in the lobby. 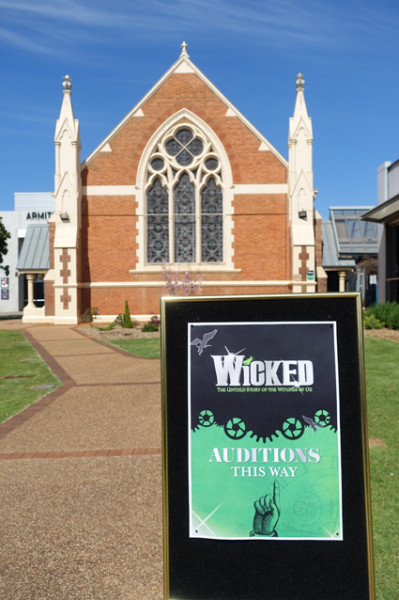 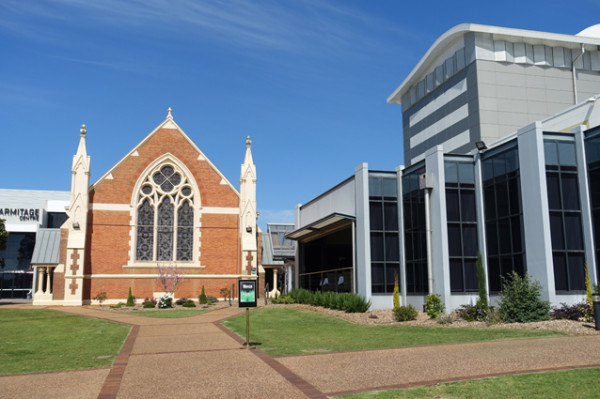 As with any other modern city, some of the more interesting architectural moments come from looking at the juxtaposition of old and new, with signage for Wicked auditions seemingly taking place in a church. After having a giggle, I found out it's actually a repurposed 1877 church, now called the Empire Church Theatre. 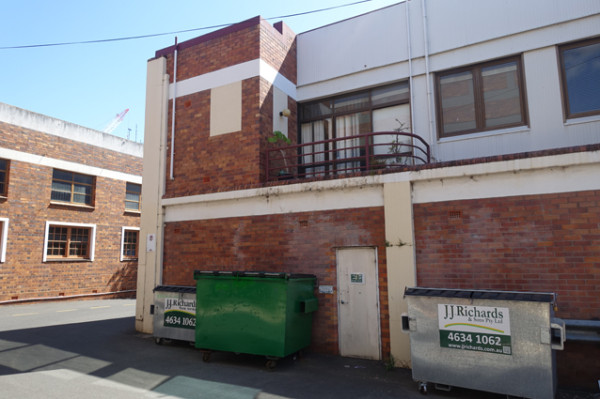 You'll also find Art Deco features if you take the time to investigate Toowoomba's back lanes and street art (and you should). Read more about this HERE. 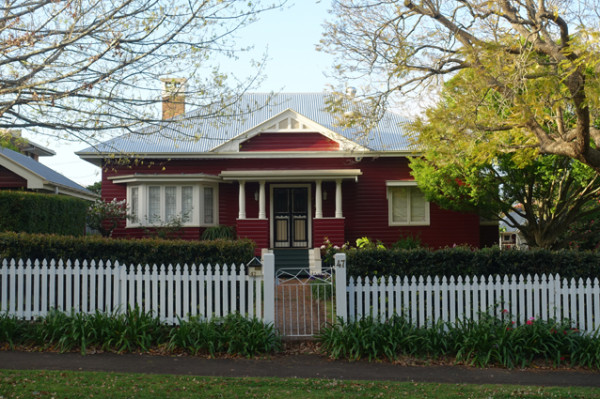 Leaving aside the public and commercial buildings of the town centre, everywhere you look in Toowoomba you'll find lovingly restored private houses. 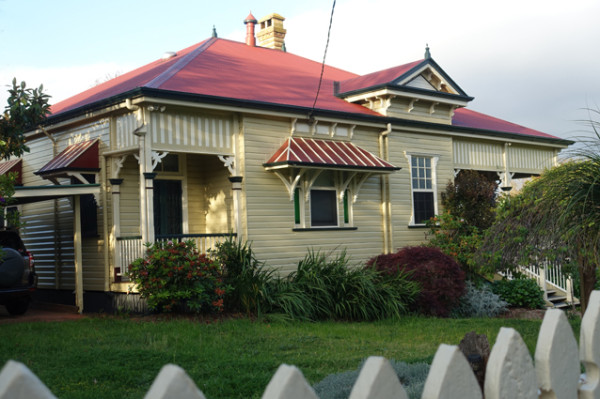 We drove down countless residential streets just to marvel at the early Toowoomba houses with their cottages and gabled houses built somewhere between 1890-1918, all the way up to Federation style with their stained leaded glass windows and eyecatching asymmetry. 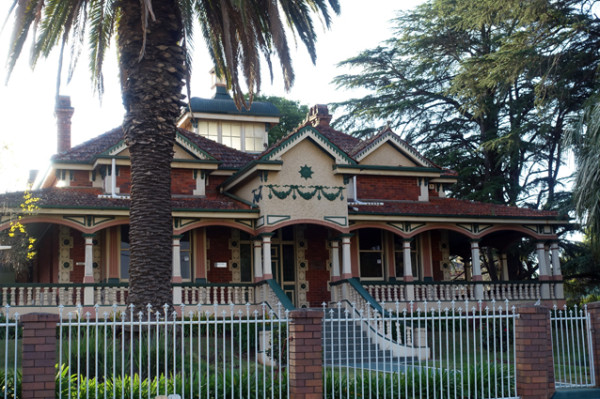 It's funny seeing repurposed buildings - like this grand Victorian era one - put to new and sometimes incongruous uses. This one now houses Clo Lawyers. 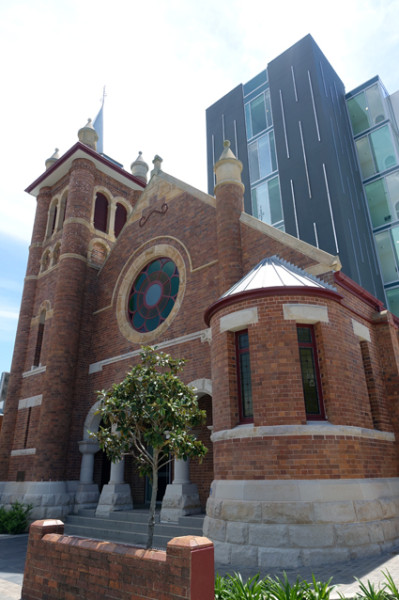 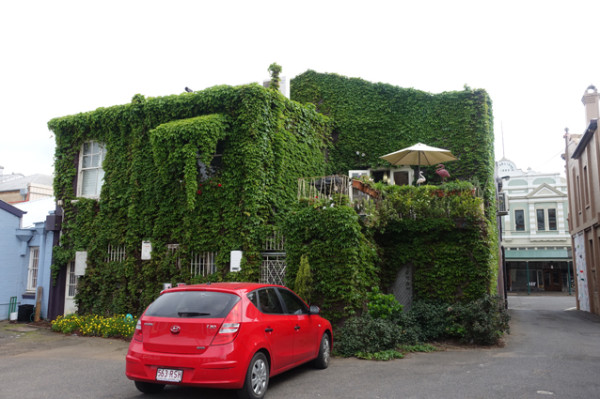 You'll also find old-meeting-new in the Toowoomba Quest Hotel, that has incorporated the former 1904 Church of Christ into the entry-way of the modern, high-rise hotel. 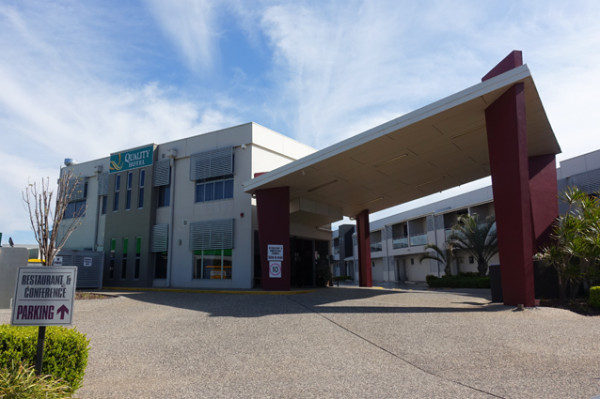 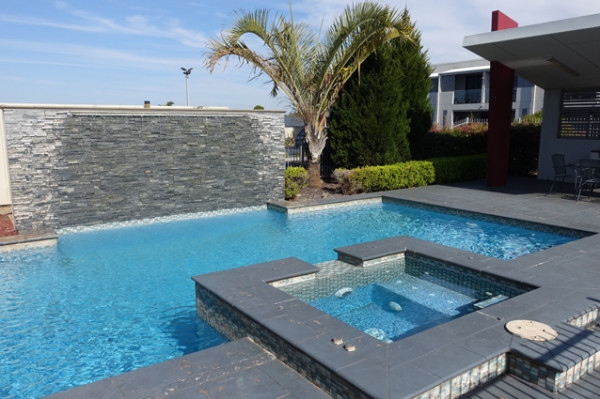 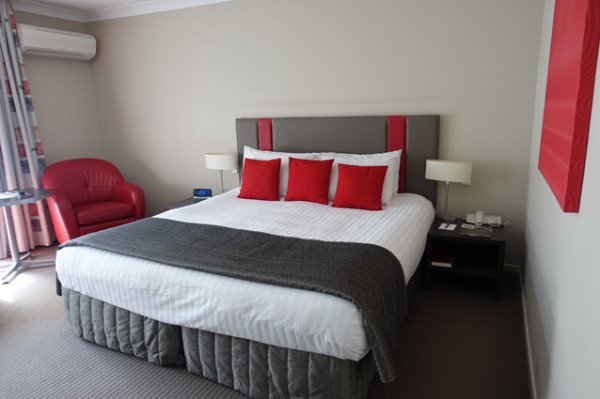 It was slightly out of the town centre, but boasted a pool and modern, well-appointed rooms. 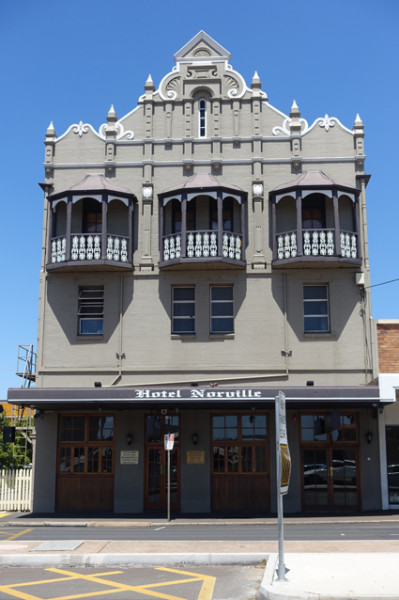 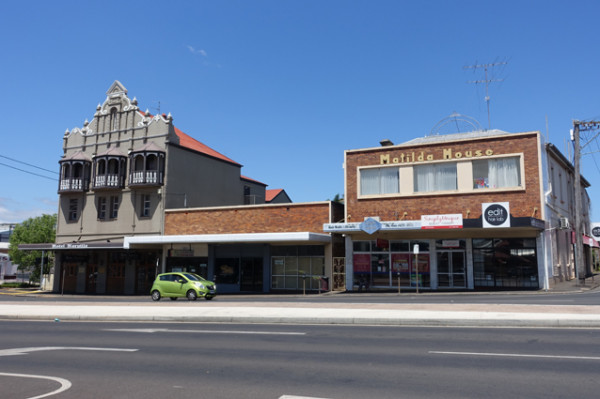 Keep your eye peeled for the nicely restored 1905 Hotel Norville that sits opposite the Toowoomba Railway Station (architecturally significant in it's own right), which is said to have been Toowoomba's first three storey building. 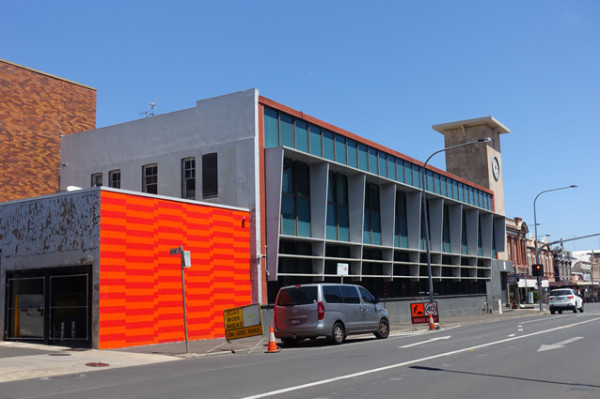 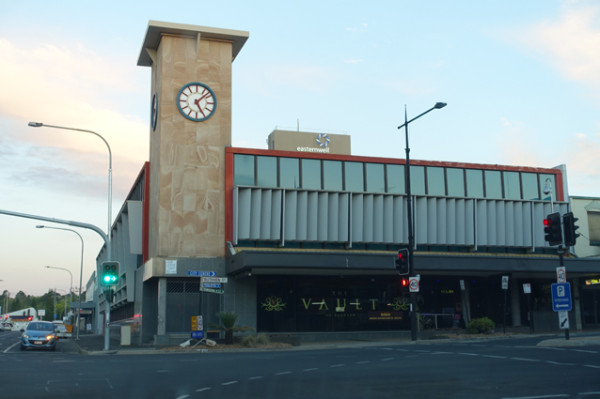 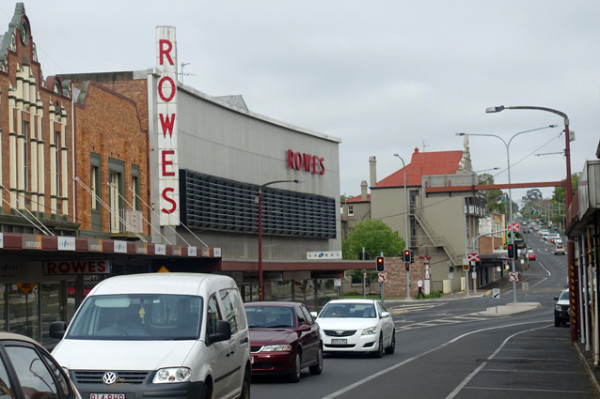 So if you're keen to explore Australian architecture, Toowoomba Queensland should definitely be on your agenda.