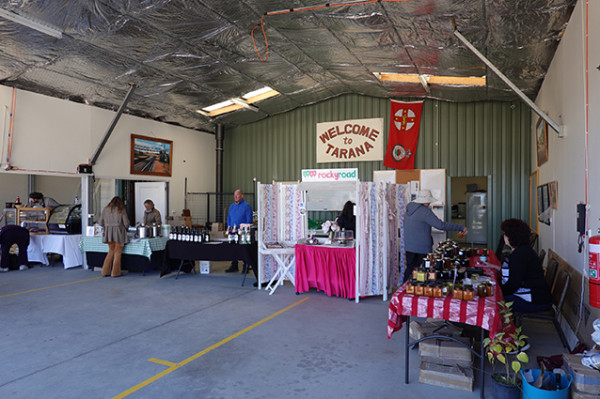 There’s about thirty minutes of winding country road between Lithgow and Tarana. You’ll travel through hilly brown countryside, past the flat expanse of Lake Lyell. Built in 1982 by Delta Electricity for the Mount Piper and Wallerawang power stations, the 2.38 square kilometer lake is now used for recreation, with motorised water-sports, boating, swimming and fishing for rainbow trout, brown trout and Australian bass as the most popular pursuits. 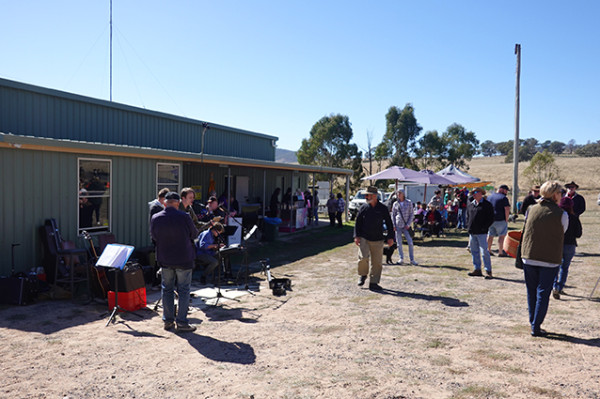 You’ll eventually find the Tarana Community Farmers Market in the tiny village of Tarana, on the grounds of the Rural Fire Service shed. Held on the fourth Sunday of every month between 9am and 1pm, it’s predominately a local affair. 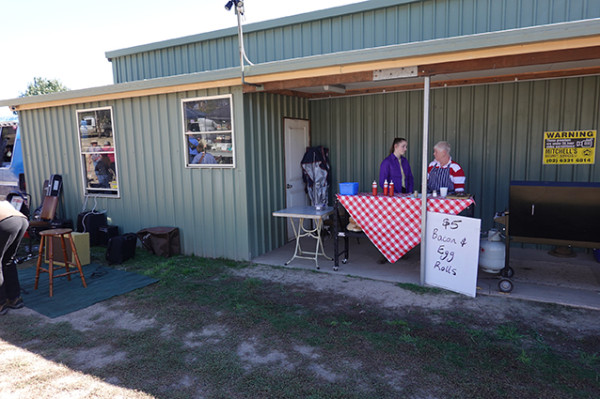 As well as allowing local farmers and artisan makers a direct outlet to sell their produce and products, the market supports the Tarana Rural Fire Service, including via funds raised at a bacon and egg roll stall on one side of the shed. 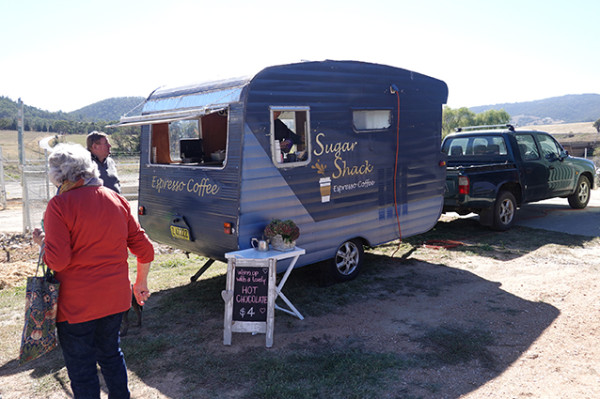 Beyond the obvious commercial benefit to the community, the well-attended market is also an opportunity for locals to grab a cuppa and have a yarn with their neighbours. It’s also a rallying point for local issues, with a survey being circulated by the Tarana Valley Community Group (TVCG) regarding Lithgow City Council's proposed plans for Tarana Village. It was great to see an active citizen voice helping to ensure that the proposed picnic tables and landscaping will go where the locals want them! 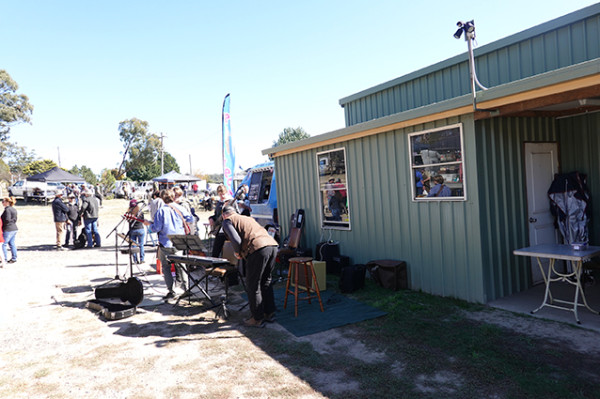 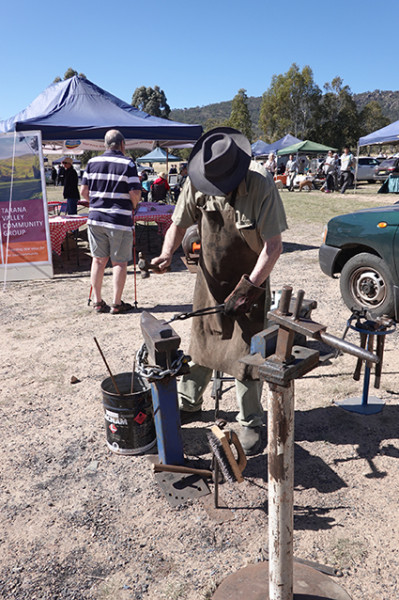 For the local talent, it’s a captive audience (and some money in a bucket), though the band does have to compete with the steady clank of metal on metal. Dave ‘The Village Blacksmith’ Walker from Cargo (on the other side of Mount Canobolas) has set up in the middle of the ring of stalls, demonstrating his metal working skills and sharpening your knives if you happened to remember to bring them along. 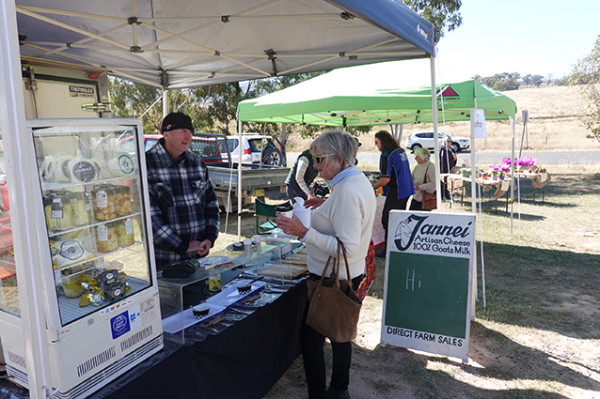 As for the farmgate stalls, the biggest producer I found was Jannei Goat Dairy. You’ll find their cheese factory north of Lithgow in Lidsdale. They’re a family business that offers fresh goat curd, feta, white mould cheeses, and semi hard styles like the Jannei Lidsdale. It’s made like a Cheddar, with a long, lingering semi-sweet palate that begs to be teamed with onion jam on a neutral cracker. 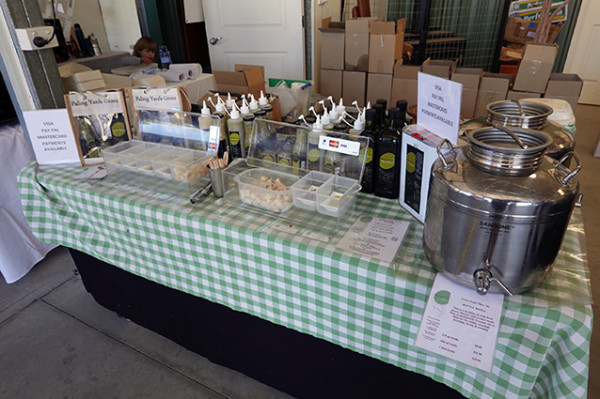 When I visited the market in April, Paling Yards Grove were just waiting for their new season olive oil to be ready. You’ll find their olive grove about thirty clicks west of Orange. At the market they offer environmentally friendly extra virgin olive oil bottle refills, as well as dressings and dukkah to enjoy the oil with. 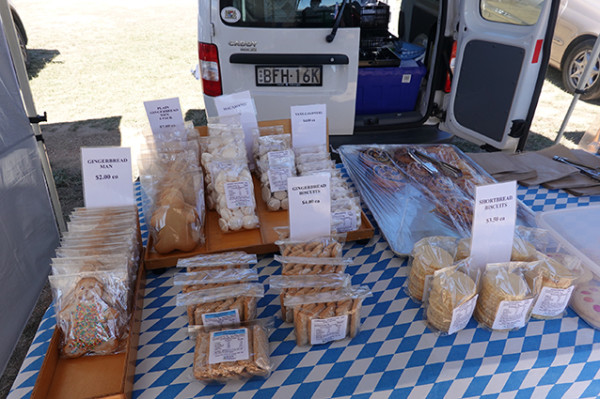 My other big find was a German baker that didn’t advertise a business name, but had a big plastic box full of salt-crusted pretzels sitting on their blue and white chequered tablecloth. It’s nicely displayed range also included gingerbread men, cinnamon scrolls, shortbread biscuits, macaroons, vanillekipferl (cresent-shaped vanilla cookies) and lebkuchen. The latter is a bit like gingerbread, made with honey, spices, nuts and sometimes candied fruit. This particular version is made from the stallholder’s oma’s (grandmother) recipe. After eating the pretzels, I regretted not buying more of his wares. 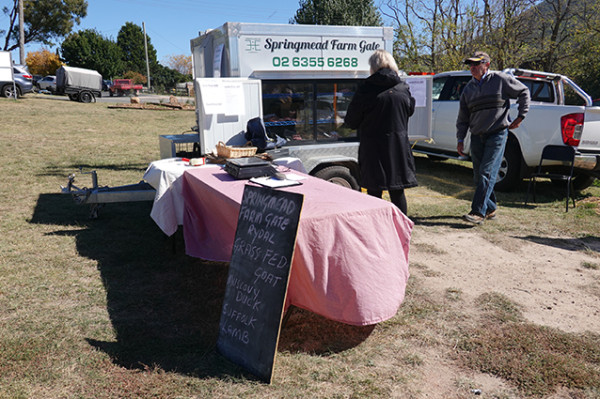 Remember to bring a chilly bin, the range of products on offer includes farm meats as well as shelf-stable salami that will survive until you get back to Sydney if you happen to forget. 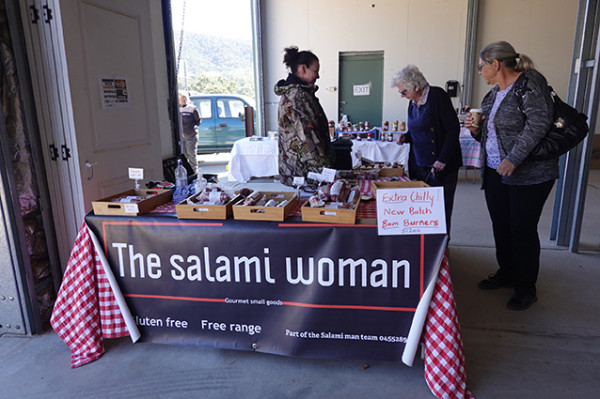